In looking at my recent posts, I've noticed a common theme: poop. So for once, I'm going to try to avoid the subject. But in writing about avoiding it, I've just not avoided it. So there's that. That means we'll have to shift that goal to tomorrow. So this is a promise for at least one non-poo post in the near future.

Today's workout: 5.3 miles in 48 minutes on the gym track. Taking it easy as I merge back into my new training plan, which I have vaguely formulated. I meant to run 7 today, but I was feeling slightly congested and wanted to make it to a yoga class. So 5.3 it was, and yoga was just what I needed. Luckily I got the run in before yoga. I have accidentally reversed the order of those before, and for the record, I hate running after yoga. It makes the yoga feel pointless. You just do all of that relaxing to tense your muscles up again. I'm sure there are still benefits, but those benefits just don't include all of the hippy peaceful mothering vibes like I had today when I picked up my kids up from the kids club. It also helped that when I dropped the twins off they were screaming and throwing limb-flailing tantrums. So being separated for almost two hours helped me to erase that from my memory.

The thing that didn't work today was this new Scünci headband. On a wild, late-night Target clearance rack spree, I purchased this pack of four headbands for $2. They had a sticky lining inside the stretchy band, and I thought they would definitely stick. It also seemed like they might be a good glasses holder. My glasses tend to slip down my nose a little bit during runs. I know that I should just tighten them or wear contacts, but moving on. But wait, doesn't it look like it's going to hold my glasses in place? Well this thing stayed on for about two laps (remember nine laps equals a mile on my track).  During yoga, it didn't want to stay put either. Later in the day, I washed my hair and wore the headband the rest of the day with no problem. So either this headband is too wimpy to stand up to sun salutations, or my hair was so oily that it that it was like the headband was jumping on a slip and slide soaped up with a tall container of body wash. No chance of staying put. I will give it one more run, on a run. 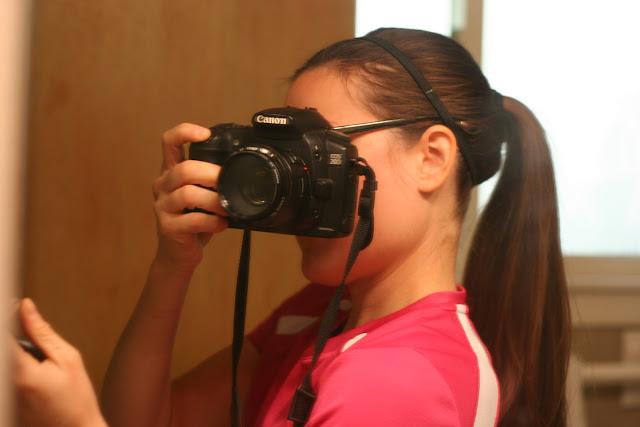 Today's lunch: Leftovers! Whole wheat spaghetti, spinach, meat/onion tomato sauce, sharp cheddar cheese. All of this went into the microwave for a minute to melt the cheese and wilt the spinach. I had to eat a double lunch today because this salad plate was not enough to fill me up. 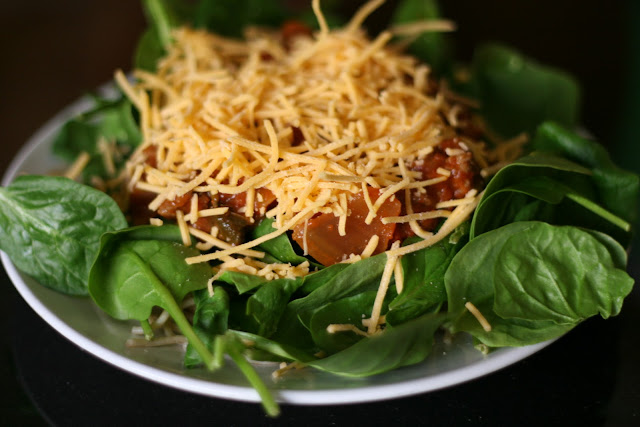 Also, some mysterious symptoms have been occurring lately, and I suspect they might be stemming from a running-induced iron deficiency. More later on these crazy symptoms that have been haunting me, in the laundry room and at the gas station.

Have you ever been iron deficient?

Definitely was when I was pregnant with the twins, which is why I recognize some of my current symptoms.

What do you do to make sure you are getting enough iron and other nutrients?
Posted by Unknown at 1:08 AM