Be the best race chaser

In my short running life, I've been blessed to have awesome race chasers help me through my longest, hardest runs.

My husband is a race chasing maniac. I wasn't convinced he would be after his first performance. My brother and I were running a little 8k so I could prep for my first half marathon. This was my first race ever, and I wasn't sure what to tell my husband about how to find me at the finish or where he and the kids should stand. All I could tell him was that I thought I would finish in about 45 minutes. Well, they got there about exactly 45 minutes after the start, and I had finished in 41:30. Race chase fail.

The number one way to be a great race chaser is to actually see your racer running.


But it's still nice to get hugs after a race too.

I think I might have to enlist my husband at some point (after he stops working a million hours a week) to write a post on his new race chasing techniques because he has definitely upped the ante. Now he comes fully loaded: camera with multiple lenses and backup batteries, race course maps, iPhone to ping my location (I also run with my phone), cheerleaders (aka our kids) and snacks for the cheerleaders. Ever since that first miss, he has been determined to find me as many times as possible on the race course and has often impressed other race watchers with his timing. He will pull up and jump out of the car, and I will run by ten seconds later. It's all about the iPhone ping, baby. Not just all about the Benjamins. But those help to buy the iPhone.

He also picks waiting spots based on the type of photo he can get. He took my banner photo during the Savannah race. Take that, Brightroom.


But I want to dedicate the rest of this post to my sister, who did an amazing job during her very first race chasing ever at the IMS Arizona Marathon. She even made journal entries to document her activities at each stop. I spent about two hours laughing with her over these journal entries.

My favorite part: just like the runners, the race chasers have to fuel. 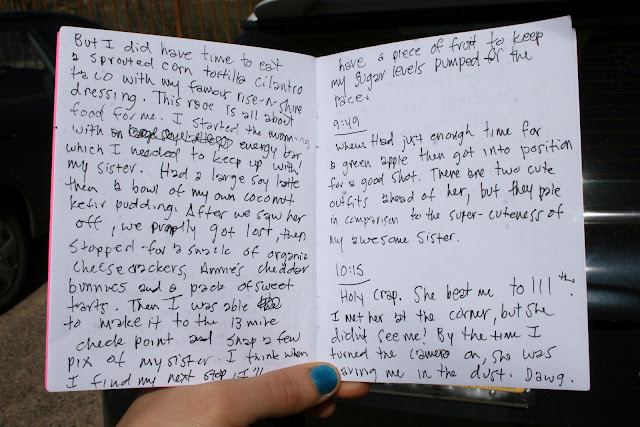 Not only did she mark the race by how many cute outfits were ahead of me (see pg. 2 above), she photo-documented those outfits.

First place went to this girl.


Second place went to this chica.


Other things she instinctively knew would be important to document: my hair!


The best thing about having my sister as a race chaser is that our brains have a sibling/sister link, so all of the things I noticed and thought were cool in the race, she noticed too. And took a picture of each cool person, place or thing.


The only downside to her first race chase was that she missed the finish line. She was waiting for me at the above sale, thinking that I was coming, but I had already passed. 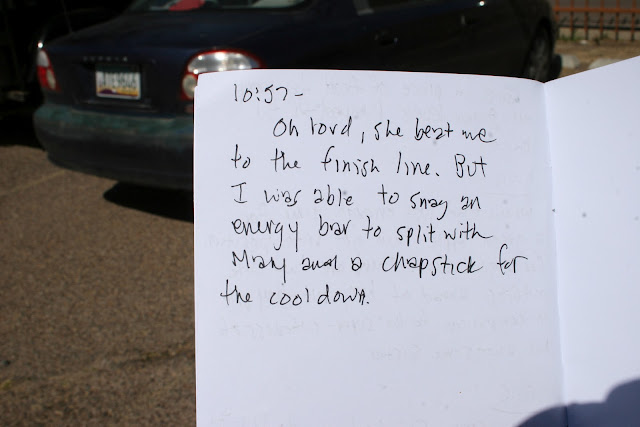 No surprise here, but she is hooked to race chasing. She immediately started talking about coming out to my race in Nashville, which is where she is from so she would rock that race chasing out with her insider knowledge. I think race chasing is like racing, as soon as you finish you think of all the ways you can do it better next time.

You are the best first-time (or all time) race chaser ever. You took amazing pictures and yelled at the top of your lungs to get my attention when I didn't see you. You had plenty of healthy snacks on hand and drove a million miles to get to my favorite can't-get-this-in-Alabama restaurant after the race. 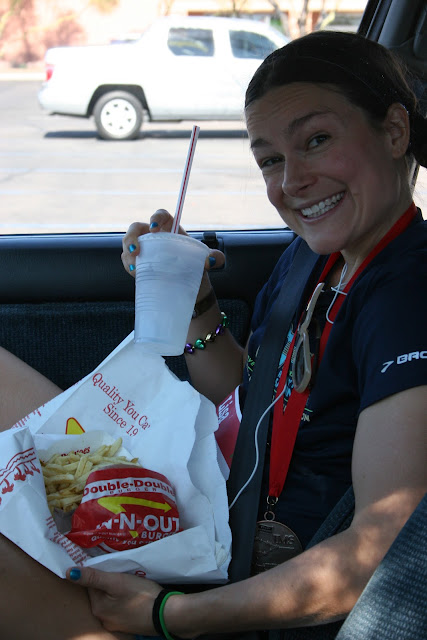 You even loaned me your beautiful sweater at the end of the race even though I had already pointed out that I had dried snot on my shirt. 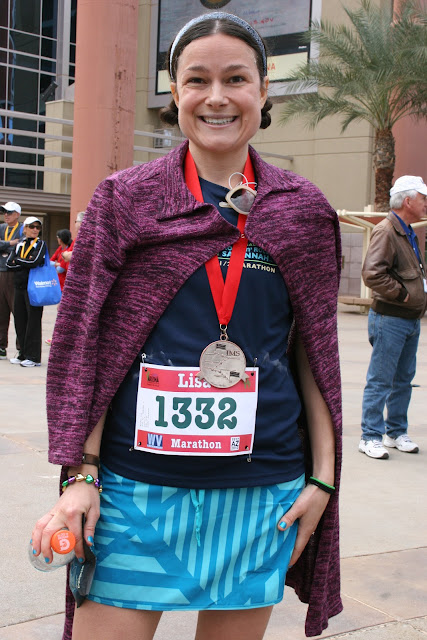 After you drove until 1 a.m. to get to Arizona, you weren't mad at me when I woke you up at 4 a.m. to get ready for the race. All of that with a five year old along for the ride! 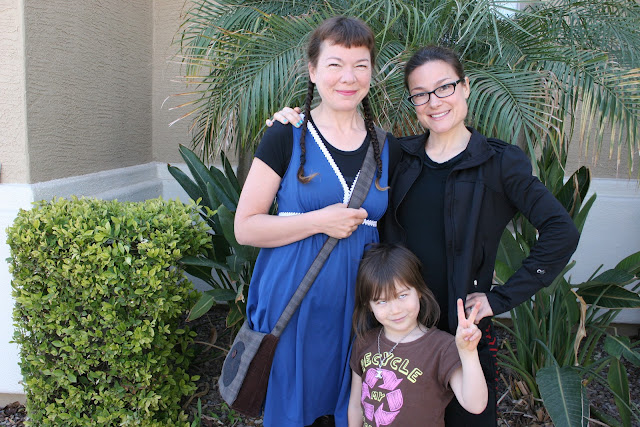 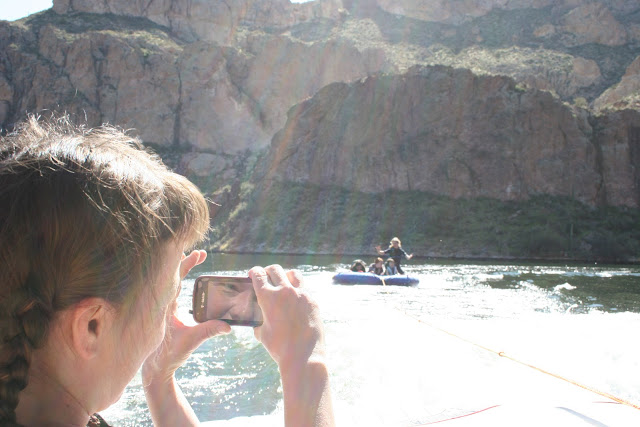