This bad boy, the FuelBelt Revenge 1, was hiding out behind a pile of dusty Happy Father's Day mugs at the thrift store. It still had the original tags on the belt, and they were asking $3 for it. Added bonus: it was half off day, so I bought it for $1.50. This after telling my kids "no" to buying 100 stuffed animals in various stages of toy death.

Considering that I found it at the thrift store, I know this isn't the latest and greatest model, but I wanted to review it anyway because I had been curious about these fuel belts for a long time, wondering if people loved or hated them but being too cheap to actually buy one.

First, this was a size medium, and it was quite snug on the old rectus abdominus. I usually wear a size small in workout clothes, and this size medium was causing a reverse muffin top. Is that called a muffin bottom? Definition: extra fat squeezed out underneath a really tight, high belt. I probably would stick with a medium despite the muffin bottom, but I definitely would not opt for a small. Maybe this is the reason someone donated it to the thrift store. 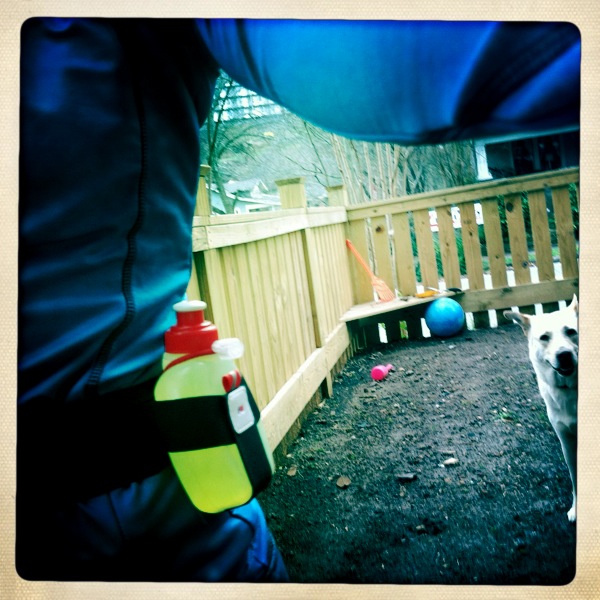 The good news about the snugness was that it didn't slip and move around my waist. The bottles stayed put for my 16-miler this weekend. 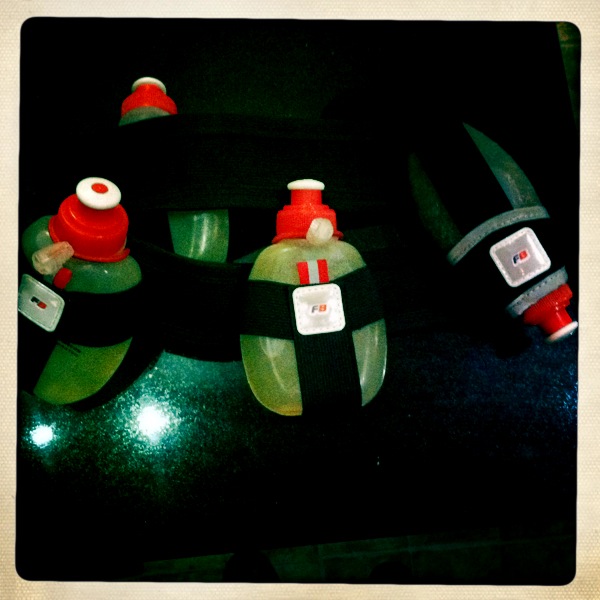 I filled the three upright bottles with Gatorade, and I filled the gel bottle with a homemade chia seed gel (which turned out tasting like I was licking dog poop off the bottom of my shoe). The gel bottle was the easiest to slip in and out. I think it helps that I am right handed. Because of my extreme lack of ambidexterity, the bottle on the back left was almost impossible for me to grab while running. I had to stop to grab it out and put it back in the holder. Even then, I kept grabbing the wrong bottles, which were all empty at this point. It was the last one I used because it was the hardest for me to access. The others I could manage to get out while running, and the red bungee cords were easy to secure. I only had one instance where I pushed the bottle through the wrong spot, while running, and it fell on the ground. This right in front of the guy who randomly advised me that I should be running at night because I would have more energy. Did I really look that out of it? In his mind, the fuel belt miss probably put an exclamation mark on his point.

Next time I will most likely opt to put Gatorade in the gel bottle. I was worried that it would leak, so I wanted to test it with something thicker. None of the bottles leaked at all. And if I were paying full price for one of these belts, I would buy one without a gel bottle because most all of my shorts have pockets for GU if I need it.

The negatives were looking like a turd while wearing it and having my brother heckle me. When I bragged that I got it for $1.50, he said, "Well at least you only wasted $1.50." But he is a crazy running ninja who only needs to sip water every four hours while running, so don't listen to him. He is barely human in that regard.

The truly worst negative was having to run with my arms out wider than I like. Even though the bottles aren't very bulky, that extra inch or two of space you have to make messes with your normal arm alignment. After a few miles, I got into a groove with it, but for the first three miles, it felt slightly tortuous to not be able to brush my arms against my sides while I swing them. For this reason, I would only wear this belt when I really needed it, like during a significant long run when I know I won't be passing water fountains.

The weirdest thing about this belt is that I had a mysterious bruise that I noticed the next day on my back right side where the bottle top would have been. You couldn't see a bruise, but I could feel it every time I sat down and leaned back against something. Super weird because I don't remember hitting my back with the bottle. Part of me wonders if it was hitting my back at a weird angle while I ran, and I just didn't notice. The other part of me wonders if some Haitian abducted me, beat me in one spot on my back, and erased my memory. 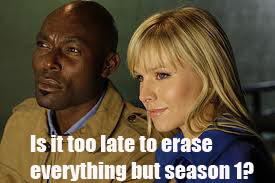 Update: Remember that problem I had of bumping my arms against the bottles. I tried the recommendation to wear the belt lower and just attach the velcro halfway (which was my only option because that junk is tight), and it worked! No arm bumps during today's long run.
Posted by Yo Momma Runs at 4:30 AM