New shoes and why your shoe shop may not know everything Oddly enough, it looks like exactly the same shoes until you see this picture of the inside edges of the shoes. 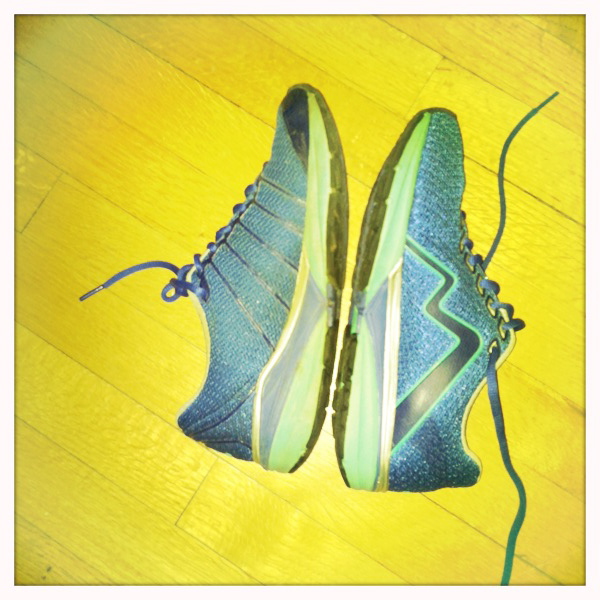 That extra bump on the shoe on the right is what makes it a stability shoe, and it just dawned on me recently that I don't need stability shoes. Yes, this confession means that I'm particularly slow, seeing as I was on my second pair of these stability shoes. In my defense, my local shoe shop sold these to me, and I happily wore them for over 800 miles (between two pairs). I trusted that whatever they told me at the shoe shop was gospel. It wasn't until I started reading more about wear patterns on shoes and arches and over -and under-pronating that I realized that all signs point to my being an under-pronator and needing to wear neutral shoes. I'm not sure why I'm surprised that a ten-second assessment could have missed what months of actually paying attention to my running told me. 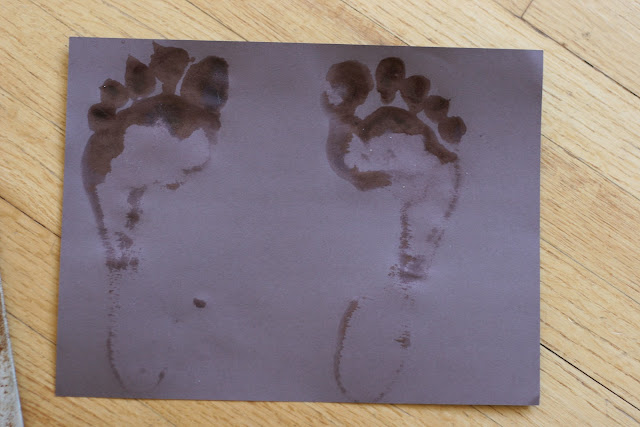 So I'm hoping that the hip/knee/all-over-my-leg pain that I have been feeling will subside by wearing the proper shoes. Seriously, I'm pretty mad at myself for not putting the pieces together sooner. This running business isn't as straight forward as I thought, especially if you don't want to feel like crap afterwards.

And when I took out my orthotics to switch them to the new shoes, I found this. 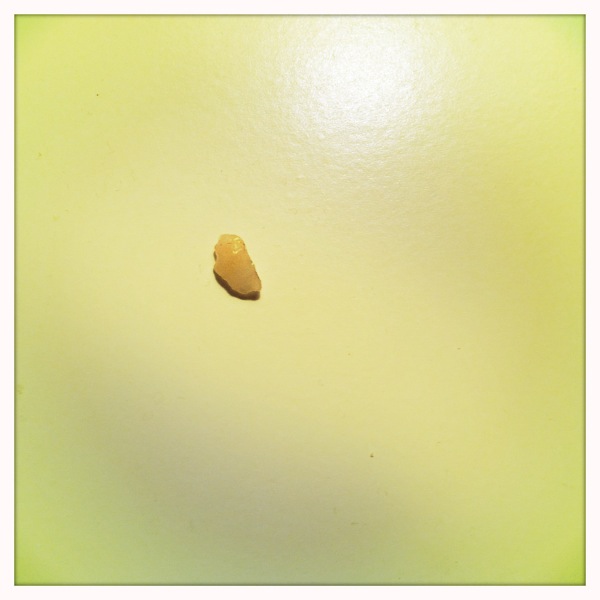 If running in stability shoes won't mess up an underpronator, perhaps a rock embedded in their shoe will. Princess and the Pea, anyone?

And while roaming the house at 11 p.m., guess who I found sneaking around the house? Since I was already taking blog pics, I decided to capture photo evidence of his indiscretions. 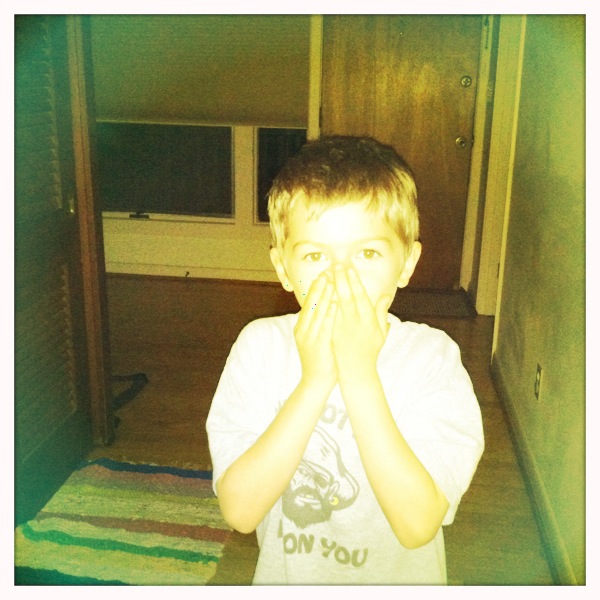 Looks like I'm not the only night owl in the family.
Posted by Unknown at 12:14 AM