Weekend long run: 8 miles with the girls who are running the Oak Barrel Half with me in April. These group runs are always so fun because you can talk and talk and totally forget about running, and because I only get to do a group run once a week, it's an especially beloved treat.  Their run stopped at 8, and I decided to take it to my dreaded neighborhood hills to fire the glutes with the next 8 miles. It's nice to NOT do these hills very often because then I can see big changes in my performance on them. Yesterday's run felt really strong. Notice I did not say fast, but the fact that I didn't have to stop on the hills is huge, just like the hills themselves.

My husband said these pictures just look like flat peaceful roads to him, but this was my longest, steepest climb yesterday. The one that brings tears to my eyes and sweariness to my lips. Very far from flat!

Looking down the hill. 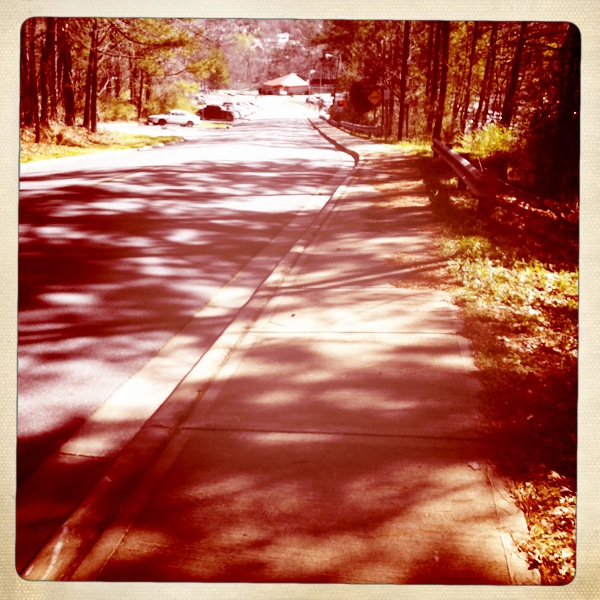 Looking up the hill. 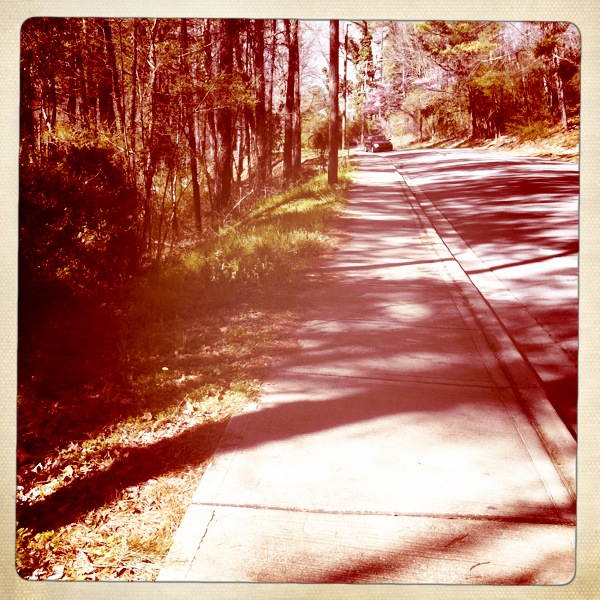 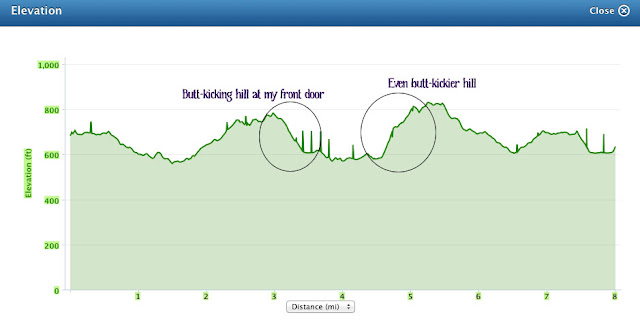 The even butt-kickier hill (the one in the pictures) was some serious business.
My new orthotics came in the mail late on Friday. Since I had already decided to eat a gallon of ice cream and veg out in pajama jeans for life, I waited to use them on Saturday's run. I could immediately tell a difference when I started running. So that's why I love arch support.
And is it just me, or do those things smell great when they are brand new. It's like the smell when you pop open a film container, which never happens anymore so just imagine yourself back in the 90s. That was my favorite smell from that decade. I think fresh orthotics will be my favorite smell from this decade. 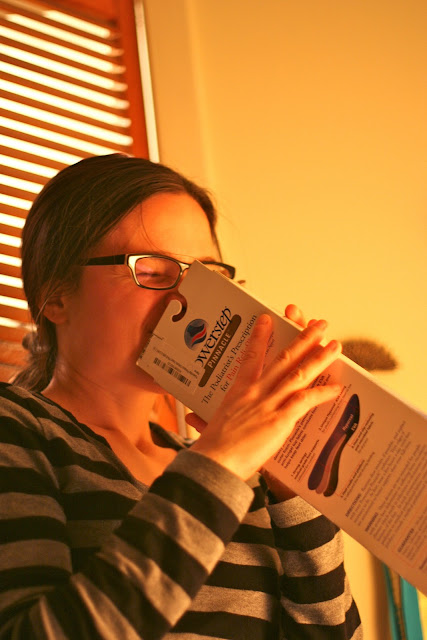 The rest of the day was spent tailgating. I hate when these guys take the car out by themselves. It's hard to explain when cops pull them over, mostly because of their limited vocab. 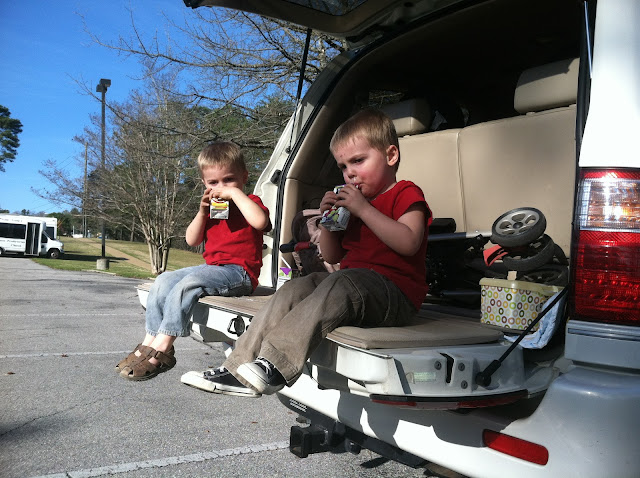