Last day to my enter Punkeelove headband giveaway! You have until midnight. So go on and sign up to win a super cool adjustable sparkle no-slip-ever headband.

Workouts: yesterday was my 10-mile marathon pace run, on the treadmill, avg. pace 8:16. I'm still shooting for a marathon where my miles average 8:20. It's in there somewhere. I just have to pull it out, and with the hilliness of Nashville, I'm not sure that's where I'll be pulling it out. Luckily the second half isn't so bad. Maybe it's time to try that negative split business.

Today, I played racquetball with a friend -- her idea. It was a lot of fun even though we didn't play a real game or by any rules. We just tried to hit the ball in any way possible. Usually that meant towards someone's head or off the ceiling. I'm pretty sure the rules require a little more of you than that, but this was a warm-up. I promised myself to learn the rules before we play again, and racquetball opens up one more section of the gym to workout possibilities. If we were really playing, I could see some real sweatiness happening in there. Then I talked my friend into running a mile with me. Just to shake things out. I wasn't planning on running at all today, but I partially suggested it so that I could convert her to running. It may or may not have worked.


We're also growing some herbs in the back yard. In this planter, we put in cilantro and rosemary plants, along with a bunch of cilantro seeds. The other planter has basil, lemon verbena, and mint-iness. Our kids like to chew the leaves for fun or because they like them. I'm suspecting it's mostly for fun.

Fresh cilantro is my favorite herb on the planet. 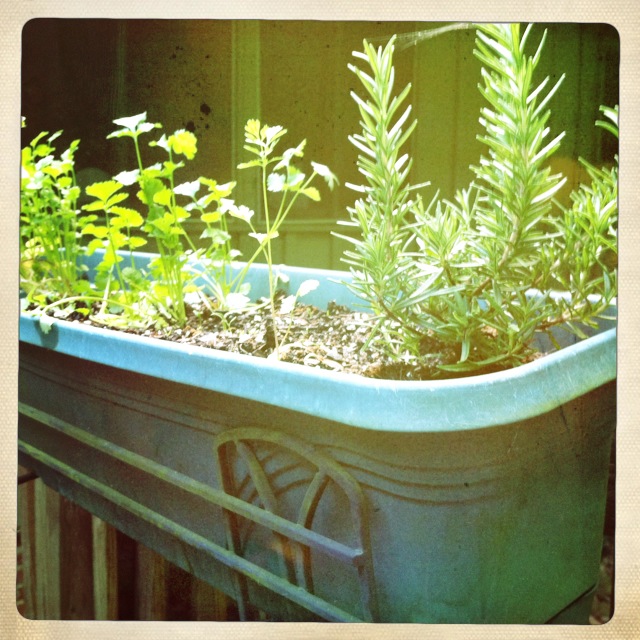 Last night, my husband recommended using the fresh herbs for tea. That's when I remembered, oh yeah, you don't have to have a tea bag to make tea. My husband grew up on a farm, so he knows that tea doesn't just come in tiny mesh-like baggies. So now I just need to locate a strainer so that I can boil up some leaves and pour.

And to balance out the weirdo picture at the top, here's one more. 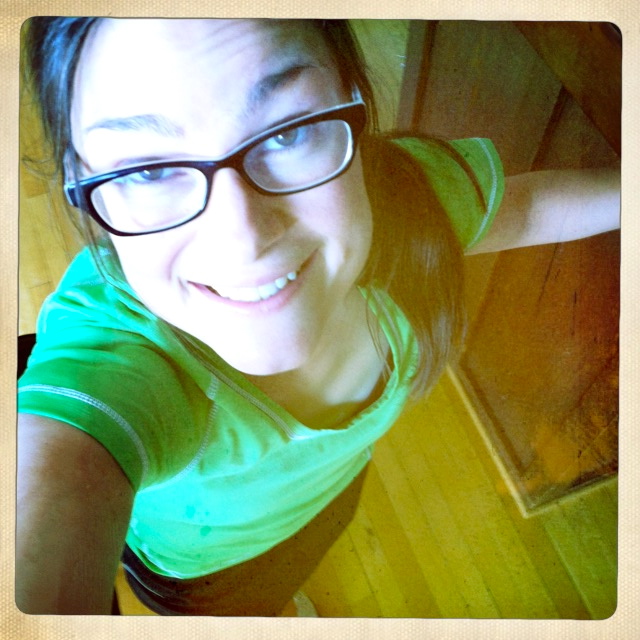 The point of this photo was to show you my shoes, but just a slice of them made it in there. I was wearing some zero drop, slip-on Pumas that I have had forever, though I don't wear them for running. I never want those shoes to leave me, but they are kind of falling apart. They're so old that the interweb didn't even offer a picture of them anymore, but I did find the ones I want to replace the falling apart ones. They are my favorite colors on earth so I'm pretty that means they will work out. Also, the velcro seals the deal.

And because you made it this far in reading this nonsense, some free stuff! Amazon is offering $2 in MP3 credit with the code MOMROCKS, expiring April 22nd. I'm gonna use it to buy Hard by Rihanna and Block After Block by Matt and Kim, both for my new marathon playlist!
Posted by Yo Momma Runs at 5:13 PM