I just recently posted about how small the running world is because I ended up running with my husband's co-worker's sister the other night. That sounds like a stretch of a connection, but it was really awesome because I had heard so much about his running co-worker (remember, he wanted to set us up on run dates). The running co-worker's sister was so fun to run with that I got her contact info for hooking up a run later, so it was even cooler when we realized later that we had an existing connection.

Well, the running world got even smaller for me at the Xterra race this weekend. I met someone afterwards who looked really familiar. Turns out he is Yo Momma's Twitter friend from Birmingham and writes a new trail running column for our local track club newsletter, which I read cover to cover cause I love me some local race news. So I figured that definitely must be why he looked familiar.

Then I got the news of why he really looked familiar. 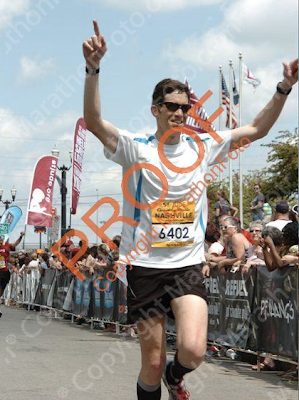 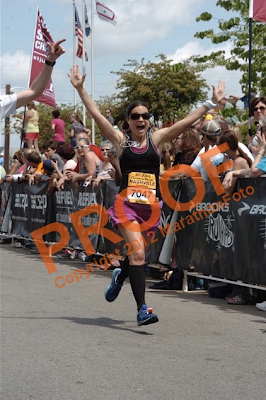 The moral of the story is that no matter how far you are from home you should always be nice to your fellow runners because they might end up being your neighbor. And if you weren't nice, that could be awkward.

Side note: look what I got from Country Music Marathon in the mail today. 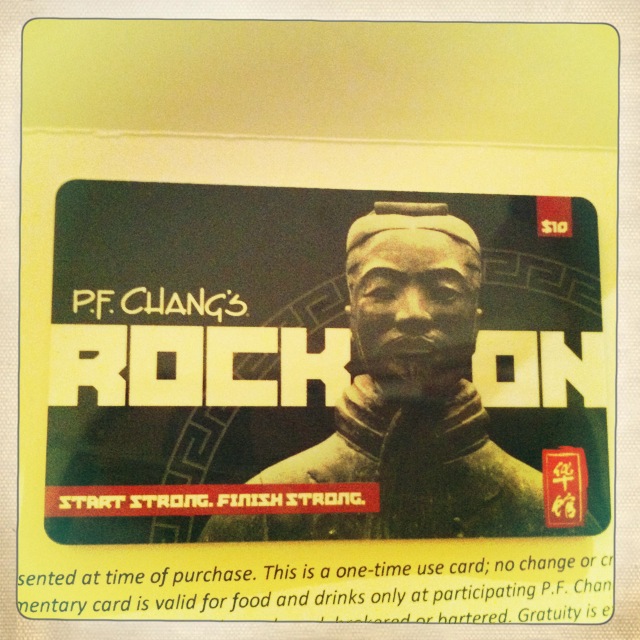 Ten bones to spend at P.F. Changs. Easy. Lettuce wraps. Done. I love these no-strings-attached gift cards. Oh, except there was a string. The string was the crappiest marathon of my life.
Posted by Unknown at 2:33 PM