My training this week is like the book I saw on the lap of the carousel operator at the zoo this week: Adult Bipolar Disorder.

Nothing like a little light reading while helping the kids go about their merriment.

So my midweek high was on Wednesday with 6 track miles. I felt amazing from the moment I arrived at the gym. I knew I wanted to do more than 5 miles, but beyond that I had no plan. I just started running and self splitting the miles with my Garmin. In case you are new to the blog, my gym track takes nine laps to make a mile, and I just count the laps and push the button on the Garmin when I finish a mile. Sometimes I mess up. It's probably hard to guess where, but I didn't actually run that 1-second mile at mile 4. Darn Garmin buttons! Or darn fingers! 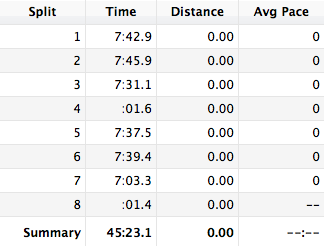 Is that even a negative split up in here? What the heck is happening? Pretty much with every step of this run I felt happier.

Then came Thursday. I didn't want to be at the gym. I got there pretty late in the morning after some serious chore delegating again and again and again. Yes, when I say "clean your room" that does include picking up trash and clothes off the floor. Weird, I know. Ew, bad day. The run felt lackluster, and I hoped that once I started it would get better. This was definitely the depressive part of my bipolar running week. 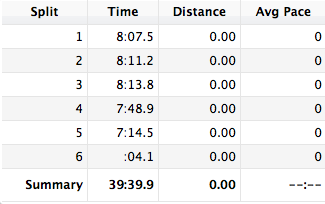 At mile 2, a girl passed me, and even though I probably should have started to pick up the pace at that point, for some reason I felt like it would be rude to pass her again, so I just followed her for a mile or two. It was good because I stopped thinking about hating running and just stared at her legs and followed their rhythmic cadence. It helped me zone out, so I was sad when she left the track. But the last two miles picked up for a decent finish to an otherwise mentally crappy run.

On Friday, I was back to running manic-ness. My legs felt light, and I wanted to go for 10 miles because I wouldn't be doing a long run this weekend. I warmed up on the track for my first mile, 7:40. Too fast, I know, but remember how manic I was about running that morning. Then I hopped on the treadmill for seven more miles in 57:25 with a 1.0 incline, all while watching two episodes of 30 Rock. The only problem was not snorting myself off the treadmill while laughing. Seriously, that has almost happened a few times. Then I finished off my last two miles on the track in 14:24. The last mile was sub-7, and I was in run heaven.

The only bad part of this run was that my hair turned into a knotty nest of dreadlocks in a little over an hour. Want dreads? Just loosely secure your hair and run for a couple of hours. The brush may have cried a little when I introduced it to the hair nest.

I'm not sure what might weird you out more here, my nappy hair or my crazy eye clown face impersonation. This post may or may not be all about making you feel awkward. 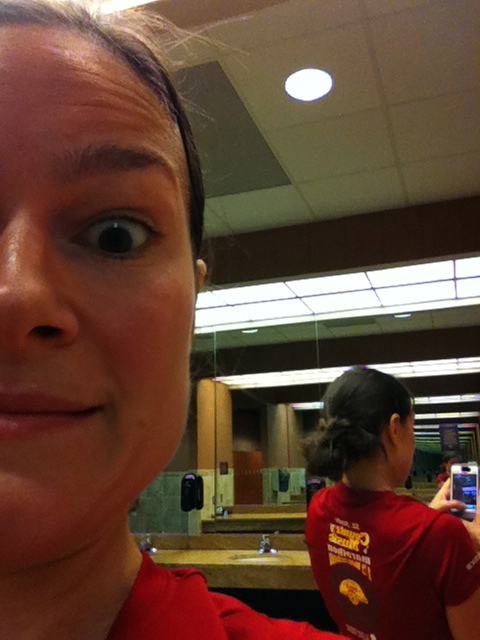 My run week ended on an awesome note with my inspiration to Boston qualify, Mekelle. We ran five-ish (darn Garmin again -- this time it wasn't picking up signal) miles early Saturday morning in COOL weather. In around 40 minutes. 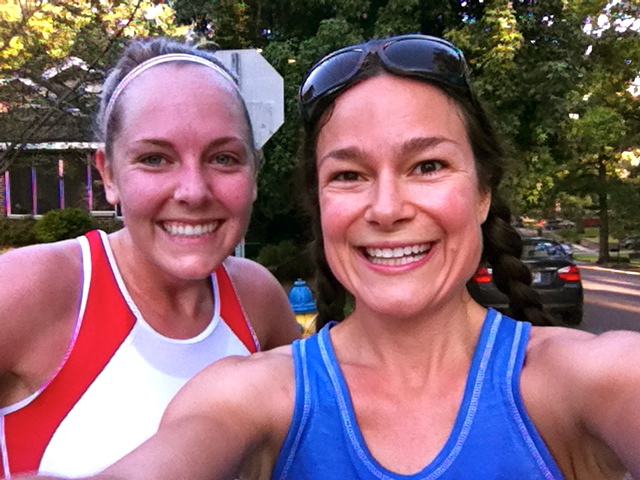 On our run, we passed this giant pet bunny. Yes, that's a pet, and it didn't move the whole time we were bunny whispering to it about how cute and fluffy it was. Excuse me, homeowners, while I go into your driveway with your open car trunk of valuables (and probably your unlocked front door) and hang out with your bunny. Here's a tip. If you don't want crazy people to loiter in your driveway, don't have the most adorable pet ever. Or call the police. 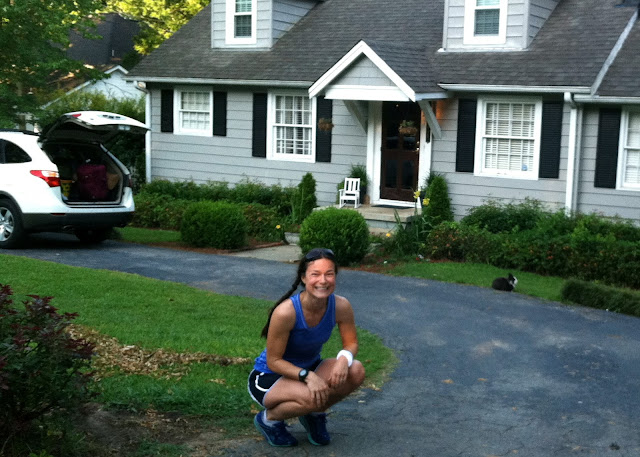 So overall, this bipolar running week had several highs with one super-duper-feeling-low day. I managed it by just running no matter how I felt, except for when I threw in a running rest day on Tuesday and Sunday.

I'm still thinking about what kind of plan I'll use when I start up marathon training again. These last few weeks of fewer injuries has me thinking about switching from my Hanson training plan to something with more rest days. Or I can keep trying this plan but incorporate more rest days. When I did it, I ran six days a week, but two of those days are optional for newer runners.

Which marathon training plans have you used and loved?