Workouts: yesterday was a double header with a spin class and a five miles worth of Yasso 800s. Finally, finally, I tried those darn things, and I loved it! They especially make running on a treadmill more tolerable because the switching around of speeds makes time pass quickly. I decided to start out with five sets yesterday with the idea that I can work up from there in future weeks. My 800 (1/2 mile) time was 3:29 (because 3:30 wasn't an option in my treadmill speed). Even though I want a 3:35 marathon time, I decided to work for something a little faster just to have a safety.


Today is a rest day because I am running this 10K tomorrow. I also probably shouldn't have done speed work yesterday, but I was feeling it so I did it. Remember, that's my training plan lately: run whatever you feel like at that exact minute. Pretty much, I have done zero specific training for this 10K, but I'm still hoping to reach my sub 45:49 goal, which means I need to hit about 7:20 on my miles. A lot of this will depend on the course, which I have no idea what it looks like. No map is online. It could be a hilly nightmare because that's how it is here. Plus there is no packet pickup for this race, so I guess we just head over that morning. It's all kind of strange, and I don't quite understand it. But I guess I'll figure it out in the early morn. Either way, I'm stoked to be racing!

Did I mention that we have nine kids at our house right now? My friend is visiting from Florida, and if you put our bunches of kids together, it equals a lot. The weird thing is that it doesn't seem like many more than usual, but my little guys are still getting up extra early every morning, which meant that yesterday I needed a nap. I tried for 20 minutes before I gave up. Nine kids and nap don't go together. 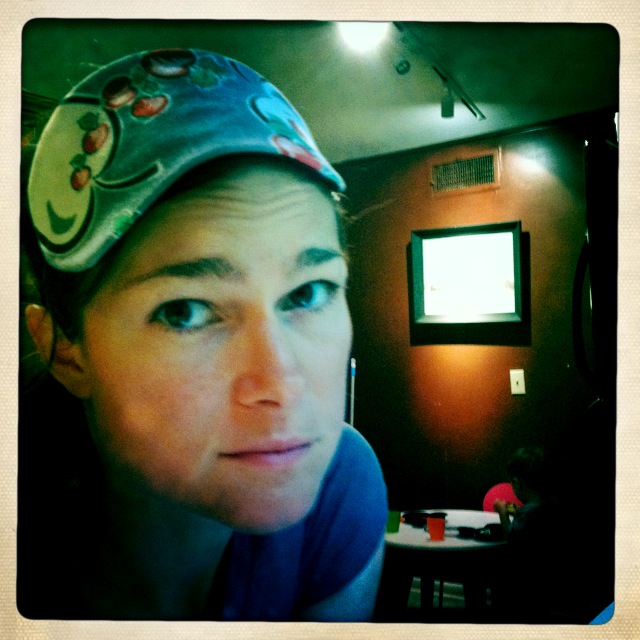 Oh, did I tell you I got a major haircut? You can kind of tell in this picture (below). Six or seven inches off. My first thought after I did it was this feels amazingly light. My second thought was am I still going to be able to do double buns for racing. Things to consider when getting a haircut. But I guess now wearing a ponytail is an option. With long hair (long enough that the ponytail reaches below your shoulders), ponytails are annoying in races because the hair sticks to your sweaty back and starts to tangle into a giant dreadlock. 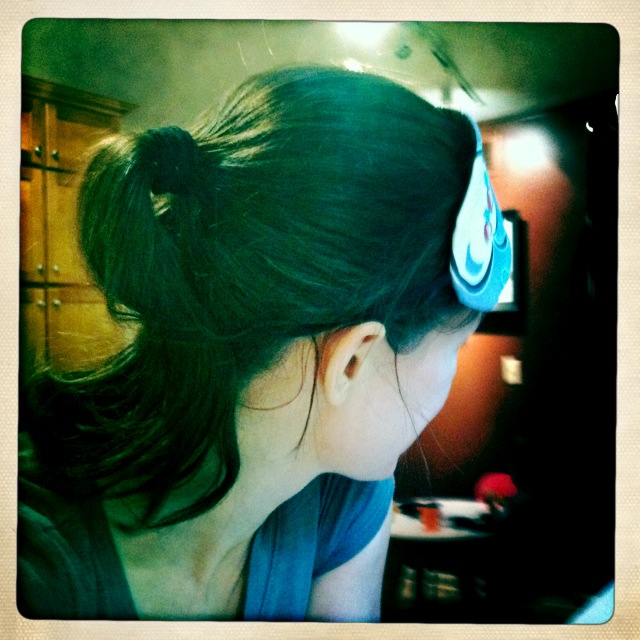 What do you cook for nine kids plus parents? Last night, we made mashed potatoes, oven-baked squash and zucchini fries, sliced cucumbers and chicken nuggets.

When I make mashed potatoes, I count out a potato for every person, and sometimes throw in a few extra. How do you get the right amount of potatoes? 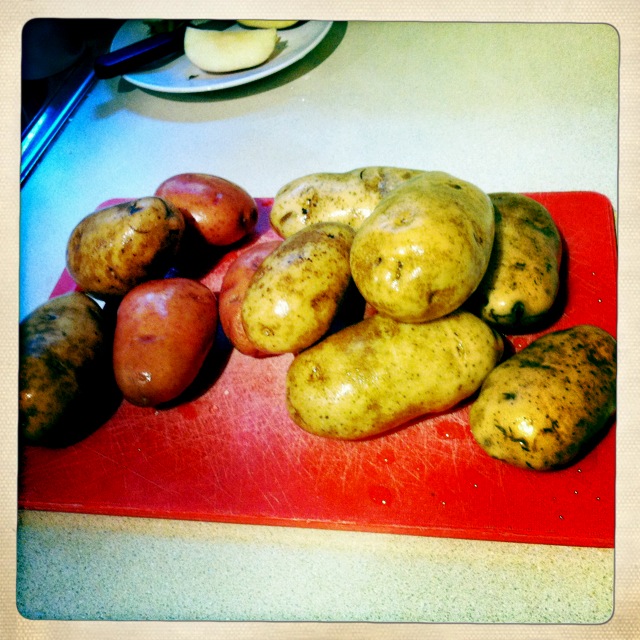 Tossed the fries with parmesan, salt and olive oil. Then baked them at 425 degrees until I felt good about it, about 20 minutes. I read about this on several blogs, and when I finally tried it the other day, I was so happy about it. It's going into our regular rotation because it's so easy to put together. 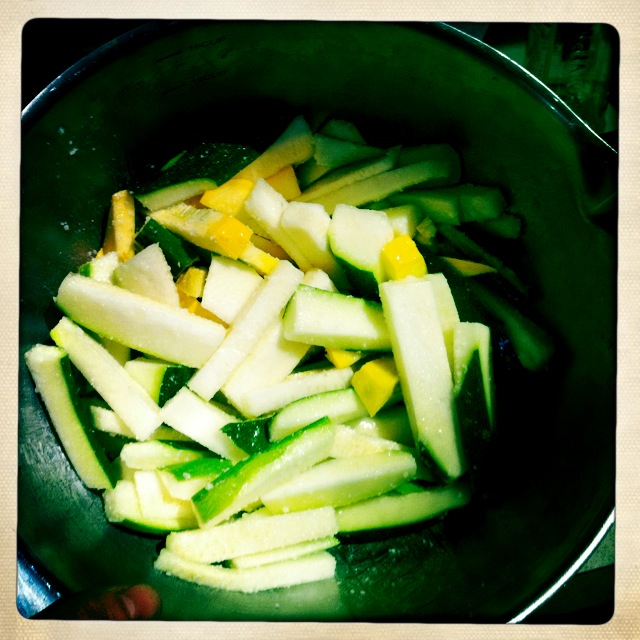 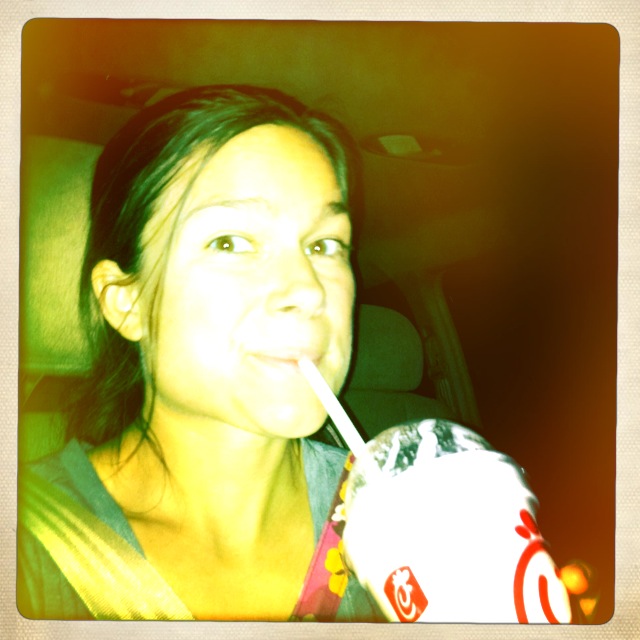 How many kids would it take to drive you crazy? More than nine, less than 200.


Have you tried the banana pudding milkshake? Or are you mad at me for mentioning Chick-fil-A because you don't live near one.


What's your favorite late-night snack? Or do you try not to do that? I have cut back a lot, but because my friend is here I felt like splurging. And I ordered fries, my weakness.

And have fun at your races (if you have them) this weekend!
Posted by Yo Momma Runs at 10:14 AM