If you love cherry cobbler but don't want to sugar overdose, you will love Cheribundi. Every time I tested one, my taste buds told me I was drinking a delicious cherry cobbler. And the tart cherries are a superfruit filled with antioxidants and nutrients? Yes, please! 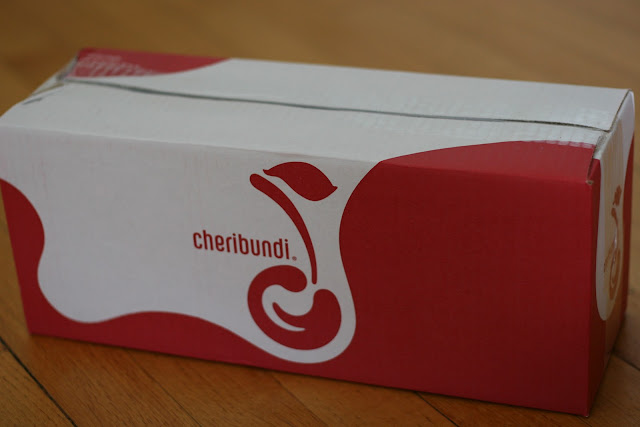 Their back story? Cheribundi was created after someone noticed their back aches went away after eating lots of tart cherries. Cornell University then researched the benefits of the now-declared superfruit and developed a proprietary juicing method that helps preserve their nutrients instead of boiling them out. 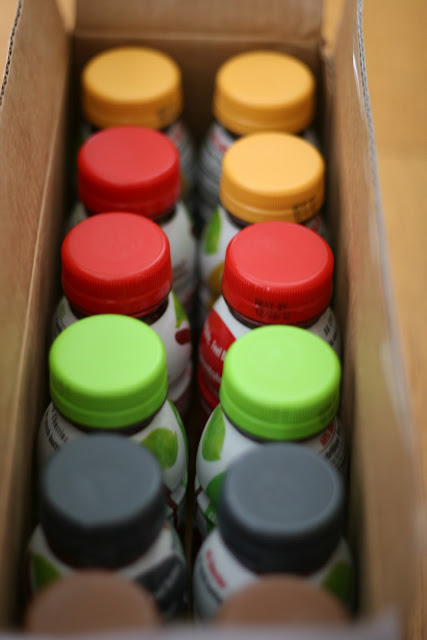 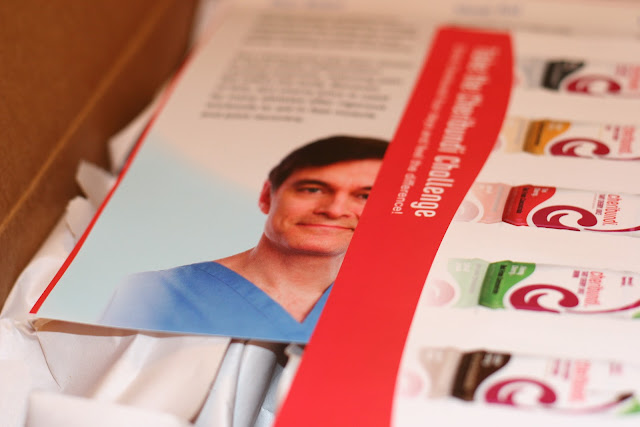 My test box of Cheribundi came with this little challenge. If you have low numbers in any of these categories, tart cherry juice might help. 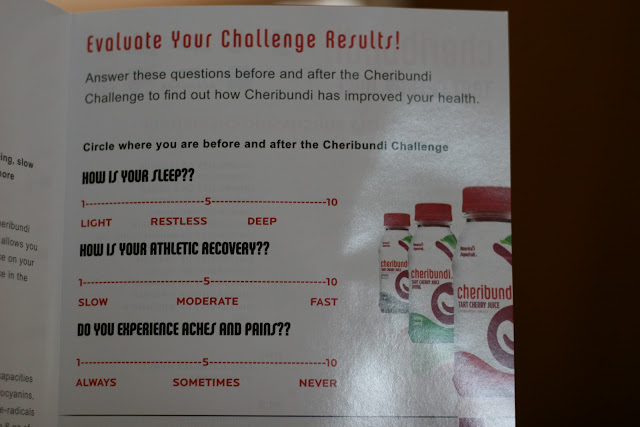 My Florida Gators use Cheribundi. Is your team listed? 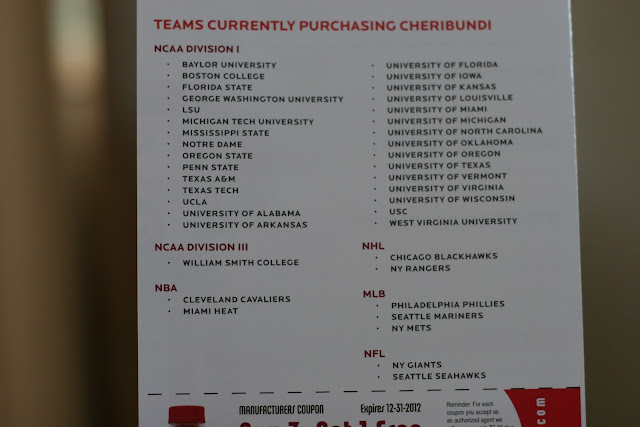 Gators reppin' at the Olympics!


Some more info from people in lab coats:

LANSING, Mich.—Tart cherries have the "highest anti-inflammatory content of any food" and may help reduce chronic inflammation for the millions of Americans suffering from debilitating joint pain and arthritis, according to new research presented at the American College of Sports Medicine Conference (ACSM) in San Francisco.

Researchers at Oregon Health & Science University conducted a study of 20 women ages 40 to 70 who had been diagnosed with inflammatory osteoarthritis. They found drinking tart cherry juice twice daily for three weeks led to significant reductions in important inflammation markers, especially for women who had the highest inflammation levels at the start of the study.

"With millions of Americans looking for ways to naturally manage pain, it's promising that tart cherries can help, without the possible side effects often associated with arthritis medications," said Kerry Kuehl, M.D, Dr.PH., M.S., Oregon Health & Science University, principal study investigator. "I'm intrigued by the potential for a real food to offer such a powerful anti-inflammatory benefit—especially for active adults."

The inflammation benefits could be particularly important for athletes, according to Kuehl's previous research. In a past study he found that people who drank tart cherry juice while training for a long distance run reported significantly less pain after exercise than those who didn't

Along with providing the fruit's bright red color, the antioxidant compounds in tart cherries called anthocyanins have been specifically linked to high antioxidant capacity and reduced inflammation, at levels comparable to some well-known pain medications.


On to my personal testing.

It's the most basic version of the drink. It has 50 cherries, two servings of fruit, and a bunch of antioxidants and nutrients. 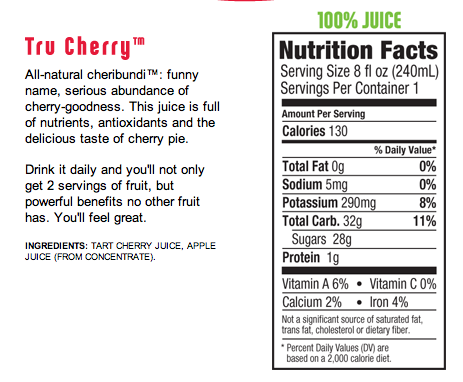 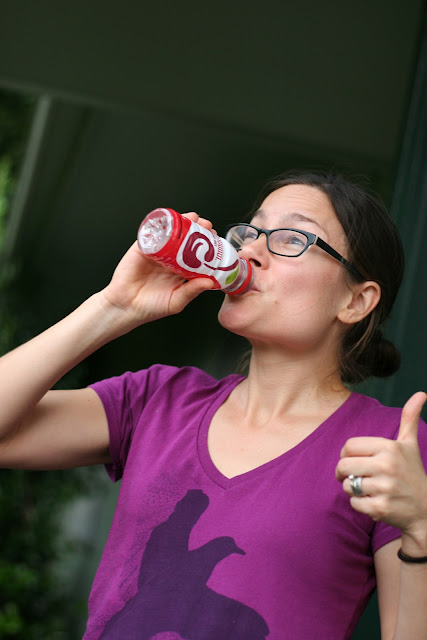 I like that it only has two ingredients, and the taste was fantastic. Definitely two thumbs up for taste.

This one's for if you like Tru Cherry but want fewer sugars and calories. It has 40 cherries and is sweetened with Stevia instead of apple juice. 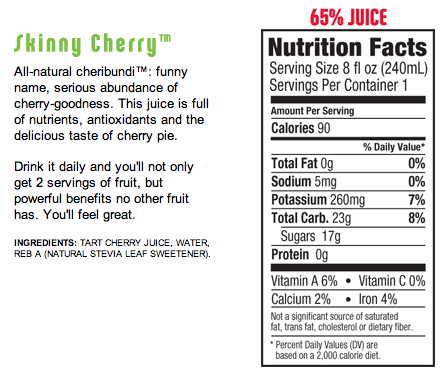 This was a little less sweet tasting than the Tru Cherry but just as delicious to me.

This is for if you love chocolate covered cherries, don't mind some extra calories and sugar, and still want 50 cherries in a bottle. 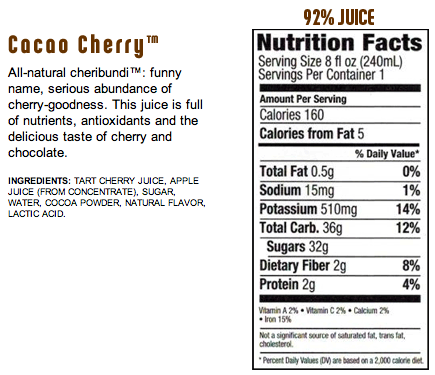 This one gives you the full 50 cherries with a little extra added zing of ginger. 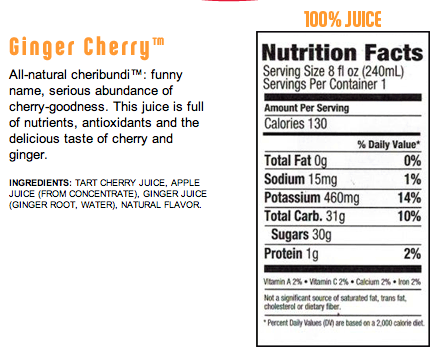 I'm not a ginger fan, so this one was my least favorite. My kids and husband liked it though. 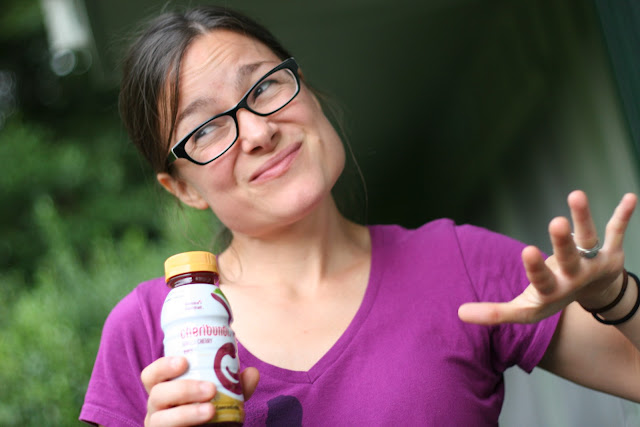 This one is geared towards the sportsters out there, adding in some protein along with the 45 cherries. This could be a replacement for chocolate milk post-run. 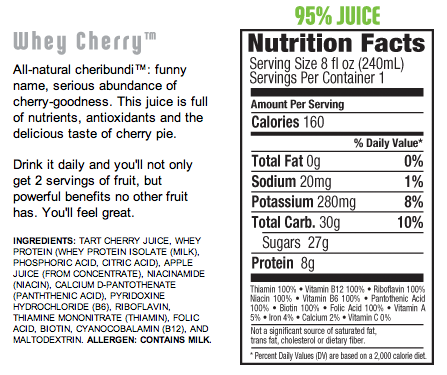 Shake this one up, and you've got another delicious version of Cheribundi. Even though it had a lot more added ingredients, the cherry pie flavor still came through, and I enjoyed it. 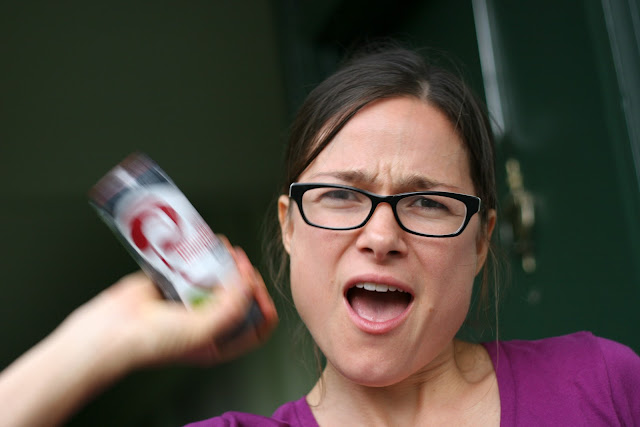 On active.com, I found the following tidbit:

A study done in 2008 by British researchers found that runners who drank 16 ounces of tart cherry juice in the days before, the day of, and two days after a marathon decreased inflammation, oxidative stress, and muscle damage.

Say what?! I'm totally in for that.

Cheribundi is offering one reader (U.S. residents only) a 12-pack sample, like the one pictured at the top of this post.

In the comments of this post, tell me why you want to try Cheribundi.

I'll pick a winner on Friday, August 17th, with a random number generator and a smile.

Cheribundi provided the samples for this review and will provide the product for the giveaway winner. I was not compensated in any other way for this review, and the thoughts and opinions are all mine, except where noted that they come from the lab coats.
Posted by Yo Momma Runs at 12:07 PM