Tuesday -- my Run Less Run Faster schedule read this: 5 x 1000 in 4:09 (400 RI). I seriously hate when I have to think too hard to translate the workout before actually taking my first joggy step. Last week I had five lines of that Runner-ese to translate for one speed workout. I don't typically run on a standard track, so the numbers they use for speed work in Run Less Run Faster do me zero good on my treadmill or indoor non-standard track. I need to know what part of a mile that is and what speed to dial in on the treadmill.

Then I found this conversion calculator to help me. Much faster than the crazy long calculations I created to figure out the same information.

With this calculator all I have to figure out is how many miles 1000 meters is. Then I plug that number into the distance, enter the time I want to run it in, and hit the Compute Run Pace and Speed button. I rounded the speed up to 9 mph on the treadmill. Did I mention that it's soooo much easier to just know which number to dial in when doing speed work on the treadmill?

Or I can figure out that 1000 meters is one kilometer. Smartest runner ever, right here. But I still need to know the mile conversion for the treadmill. So turns out that I'm back to royally not outsmarting this training plan.

Here's me all fake-smile miserable before I found that conversion calculator. 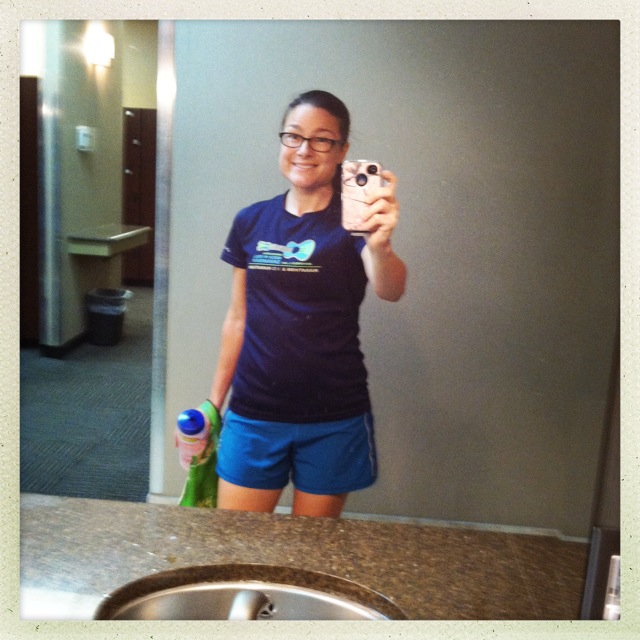 Wednesday -- spin class. New, super peppy teacher who kept raising his arms like he was breaking through finish-line tape, and every time he threw up a hand number, he held it sideways. Word.

Tomorrow at this time, I'll hopefully be singing "Redemption Song" after running 20 successful miles. My brother is coming over to my house at 5 a.m. to watch my kids while I run 12 miles. Then he's joining me for the final 8 miles and pushing my twins in a double stroller for that portion. Did I just hear you say that he should be nominated for a Best Brother of the Century Award? Well, I totally agree.

And besides my pride from last week's crapster long run, something is missing at our house. 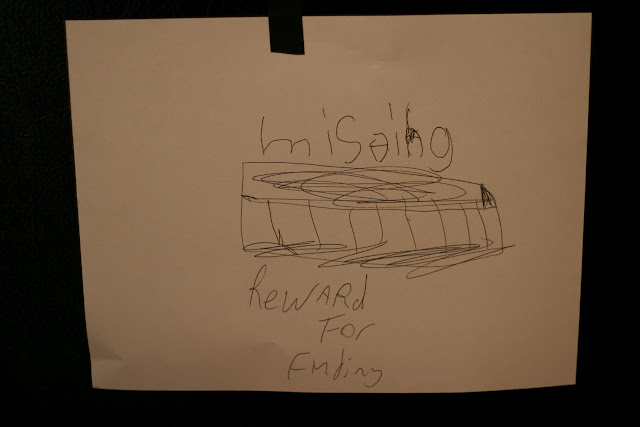 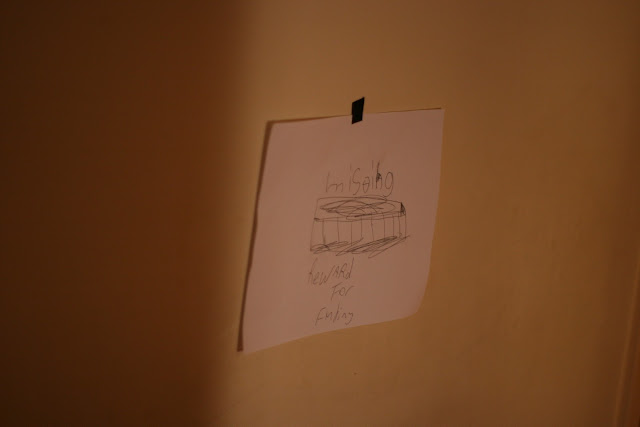 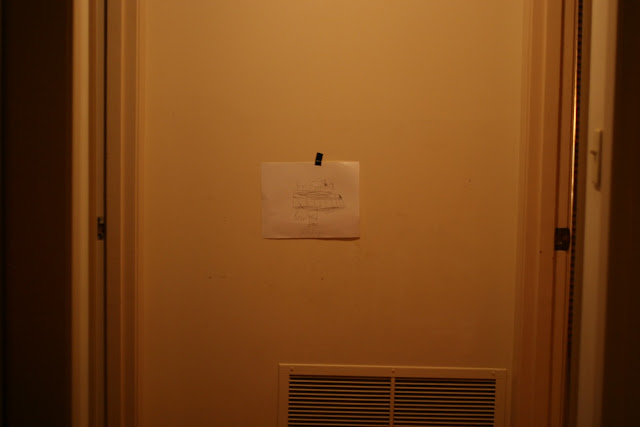 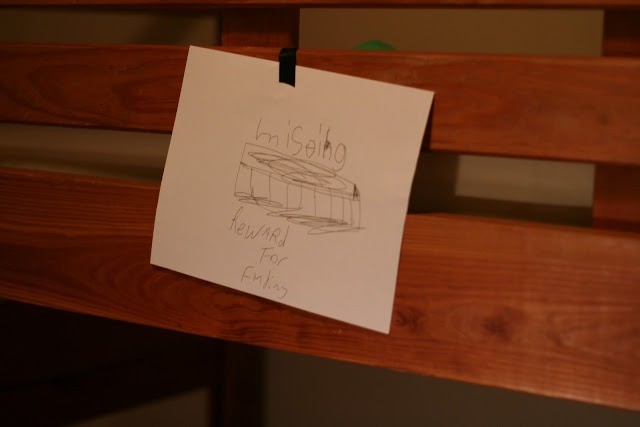 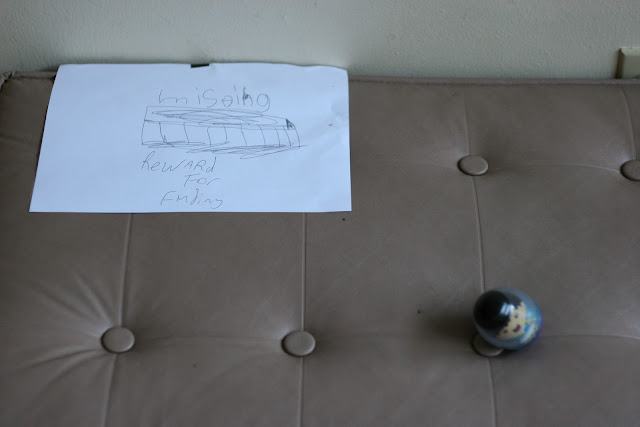 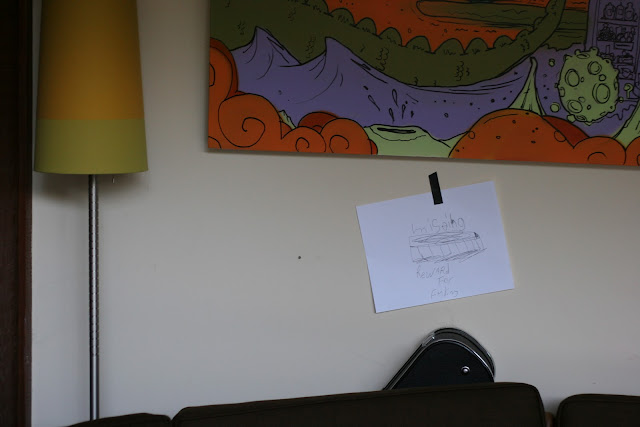 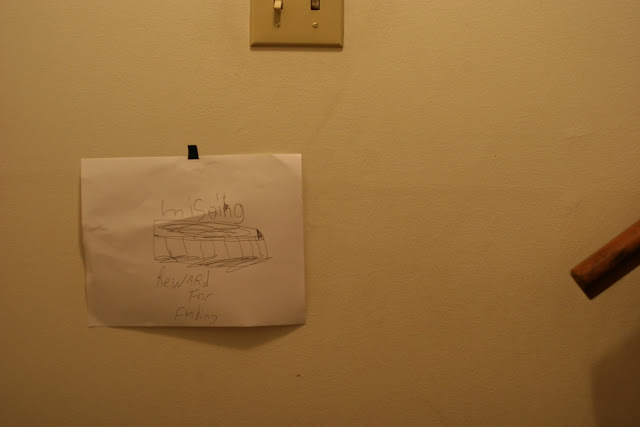 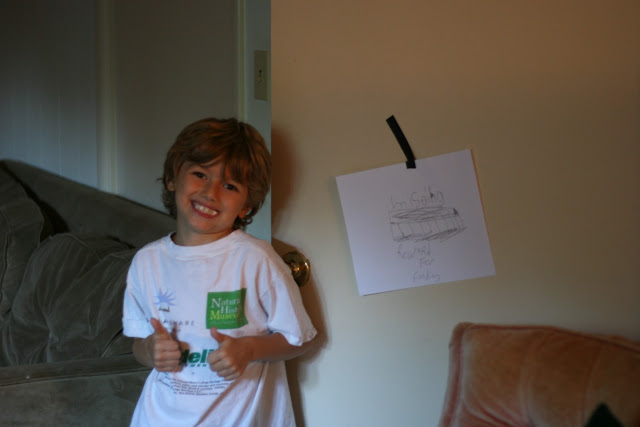 This is an example of how the environment can be totally disregarded in an effort to try and find a missing ... cheeseburger? No. Oreo cookie? No. Dentures? No. The Parthenon? Nope again.

Thirty (unapproved by parents) photocopies later, and we still haven't found it.

The other best part of this Find the Harmonica campaign is that I didn't recognize until five days into the campaign that my son and my husband both wrote on that sign. That's right -- my husband wrote under the harmonica. Scarily similar to my 7 year old's handwriting.

Do you ever have trouble translating running plans? What makes it easier for you?

What do you have on the books for tomorrow's run? Whatever you run, have fun and carry snacks!
Posted by Unknown at 8:35 PM