Workouts and some things to love

Monday: 6 miles at Red Mountain Park. No watches or timing. Just having a laid back, in-the-pounding-rain Labor Day run with my brother. Very fun.

Tuesday: 5 miles for Mommy Run Fast virtual run, 35:42, plus 1 mile of warming up, 8:10. I substituted this for my Run Less Run Faster speed work. Then another Red Mountain run that night, 4 miles, untimed and easy run. But I did catch that a nasty case of poison ivy, pictures below (so this may be the time for you to visit another less vomity blog).

Friday: Rest day. I was going to go swimming and do a core work class, but my poison ivy was very irritating and making me feel like taking a full rest day.

Saturday: 18 miles, 2:34. The goal pace was 8:40, and we ended averaging 8:33. During mile 17, I had a very I-will-vomit-if-I-take-another-step moment, so I slowed down for a bit. Usually I try to pick it up at the end, but it wasn't happening on Saturday. My fueling seemed a little off. I had a pack of Honey Stingers, one block from a pack of Shot Bloks, and half of a Clif gel. While I like a lot of Clif products, the Clif chocolate gel was not my thing, and I couldn't finish the packet. Gag. 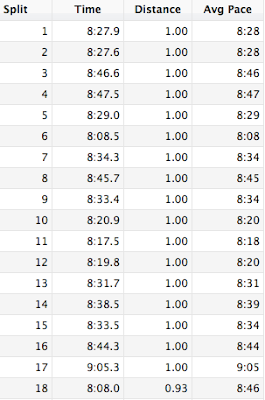 Saturday's run, minus that little vomity episode at the end, felt great except that we seemed to get dehydrated around mile 15. I think we missed some water at a stop, and we just really needed to drink more, at least for me. That mile also happened to shoot us up an exhausting hill, and when we got to the water stop at the end, I felt very light headed. It didn't make me tired just then, but I think it caught up with me at the end of the run. I'm really looking forward to cooler temps in a few weeks. A runner girl can dream, right?

My brother ran 13 with us. I swear he smiled way more than this. 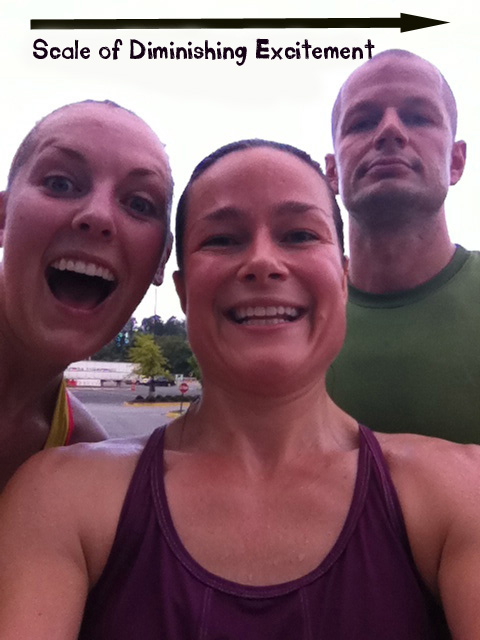 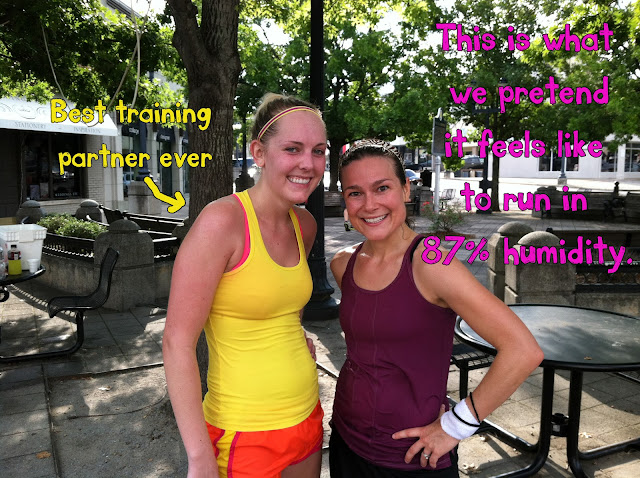 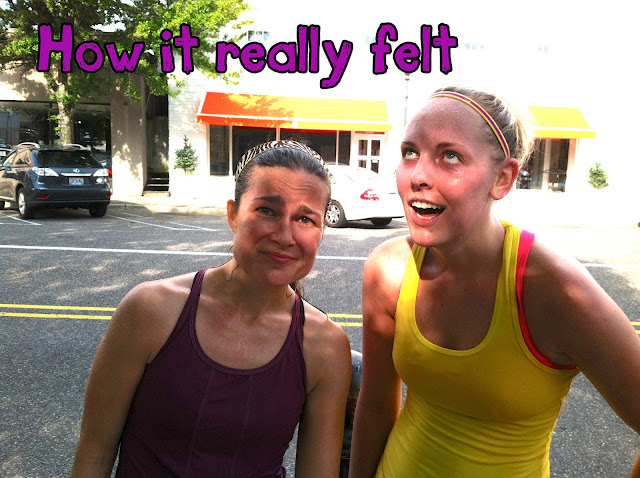 Poison ivy update: I decided to not post food and poison ivy update pics in one post this time. I'm still hoping some of you will visit again, ya know. So I'll wait a couple more months to pull out my funky-skin-rash + this-is-what-I-ate-today combos again.

On day 4, I went to the after-hours clinic, and they gave me a steroid shot in the rump. For some reason, I was so nervous, like heavy breathing and gripping the table kind of nervous. Probably because I expected them to just hand me a steroid prescription, so I had no time to pre-panic, which always goes smoother than a sudden panic. Turns out I was right to panic. That junk hurt. The stick was nothing -- it was the stinging of the medicine and the soreness afterwards that really did not feel great. They also gave me a prescription for methylprednisolone to take for up to six days. So be prepared for some 'roid rage up in here.

Overall, I'm surprised that the symptoms aren't less than they currently are. I still have lots of redness and itching, but there hasn't been any more spreading, which is good. Next time I see that I have it, I will go to the clinic right away for a shot. I regret waiting until Saturday when I realized that I had it on Wednesday.

Also I washed everything I had on the night I got it -- shoes, socks, shirts, watch, hair ties -- with Tide, and I have washed all over my skin many, many times with the Tecnu soap, although I'm not sure it helped at all with oil spreading after the first time. It just felt good to wash it. I think it spread so much to my arms, both legs, and neck because I was sweating so heavily when I got it and didn't realize it until I had already crossed my legs, untied my shoes, scratched my neck, did some dance moves (including the worm, I'm sure), and other general tomfoolery.

I'm also still spraying the Tecnu spray on the wound to try and dry it out and help it to not scar. Not that leg scars matter to someone who shaves their legs once a month.

Some things I love this week:

Taking my husband's picture for his upcoming business conference. He's so bank-y up in here. This was a joke picture, but it turned out that I liked it the best and am making him use it for his bio. 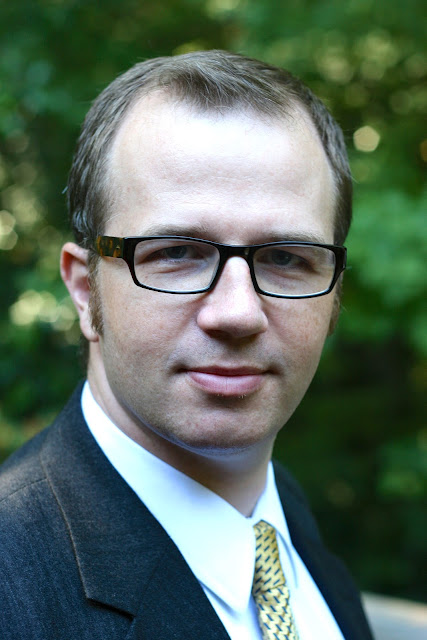 Getting a gift from Road Runner Sports in the mail. I should probably share with you guys, right? 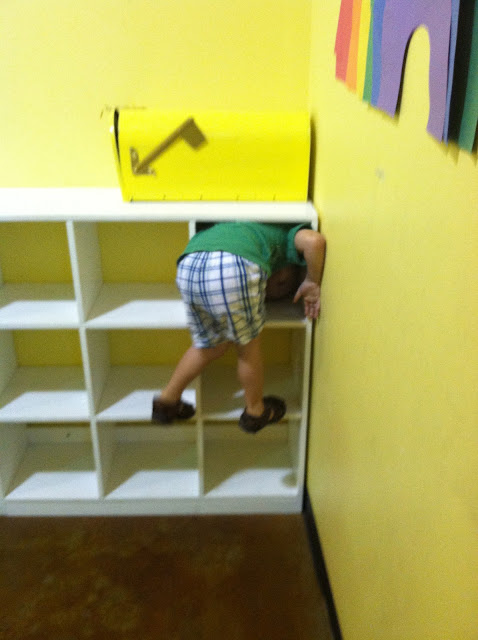 Finding this photo series on my camera. And it cleared up the missing Goldfish mystery. 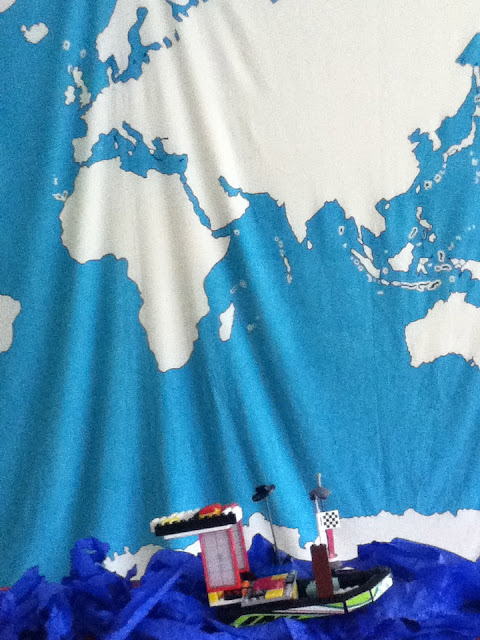 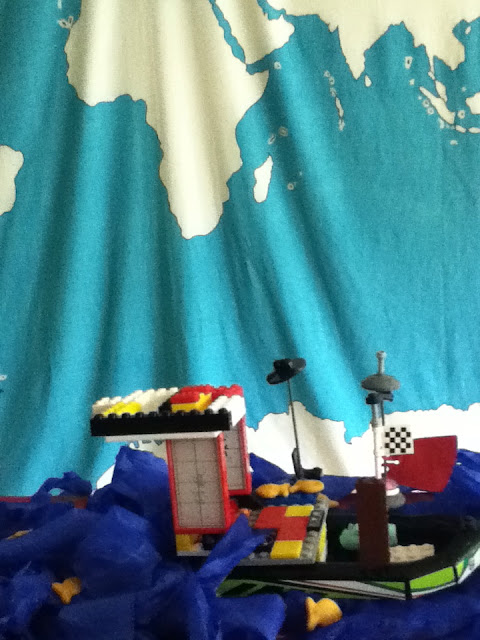 This hoodie. Even though it's still too hot to wear it, I put it on one morning just in case. 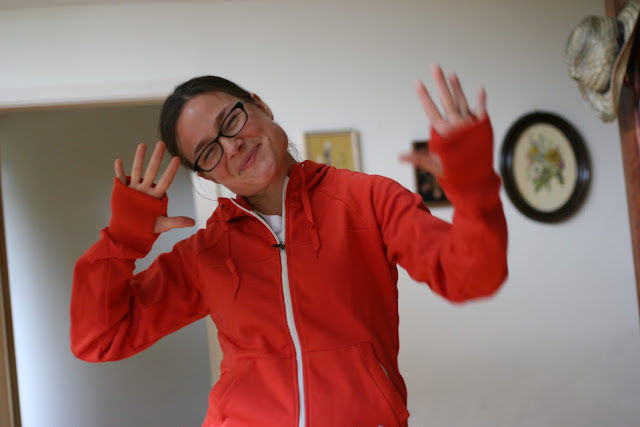 What was your best or worst moment in training this week? Best was the strong 18 miler on Saturday despite the humidity and slightly poor fueling. Worst was the poison ivy picked up on Tuesday's run.

What is something you love this week?
Posted by Unknown at 11:45 PM