Why I hate Black Friday but love Thanksgiving

As always, a weekend in Kentucky at my in-laws' farm is the exact opposite of boring. From first light to last snooze of the night, the place is busting at the seams with life. Animals milling around, kids stick fighting, food gobbled up as fast as you can cook it, tractors pulling, hoses cleaning, fires burning, load after load of laundry hanging on the line, grandma distributing bushels of band-aids, pictures snap snap snapping. Stop, sleep, repeat.

On Thanksgiving morning, we paused the bustle of Thanksgiving prep to run 4.1 miles. I wanted to call it the Turkey Day 5K, but it turns out that the easiest and safest route to run was just over 4 miles. Commence the re-naming because I'm going to try and make this the first of many Thanksgiving family runs. The cooler the name, the more people will want to run. Right? And it was free, so no one is allowed to complain about zero water stops and the out-and-back course with no spectators, unless you count the couple of cars that honked as the sped past.

We had ten people lace up their sneaks, which was pretty good for only planning it right before we fell asleep on Thanksgiving Eve. 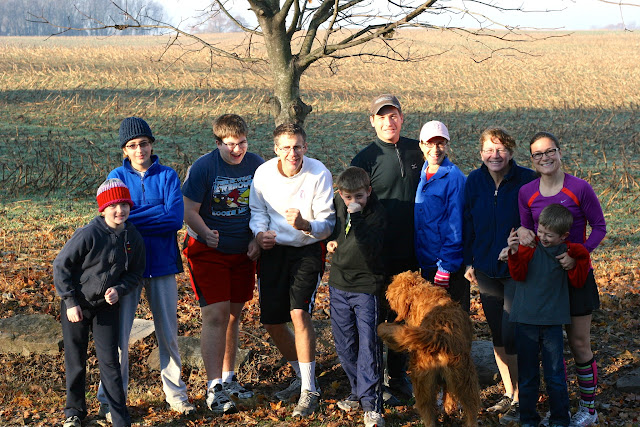 My seven-year-old son was the youngest participant, and honestly, I wasn't sure he would make it all three, soon to be four, miles. But he wanted to get in on the fun, and I thought it would be a good way to get out some early-morning energy. I've seen that kid run in circles for hours, so even though he didn't have traditional race prep, he wasn't completely unprepared.

Although he was wearing blue jeans. So you can't really say he was prepared either. 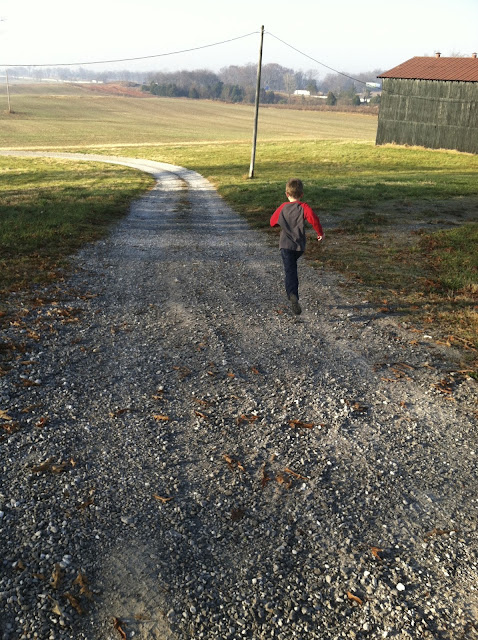 But he was smart and brought his own snack, a plum. Remember it was a no-frills (or should I say environmentally friendly) race. 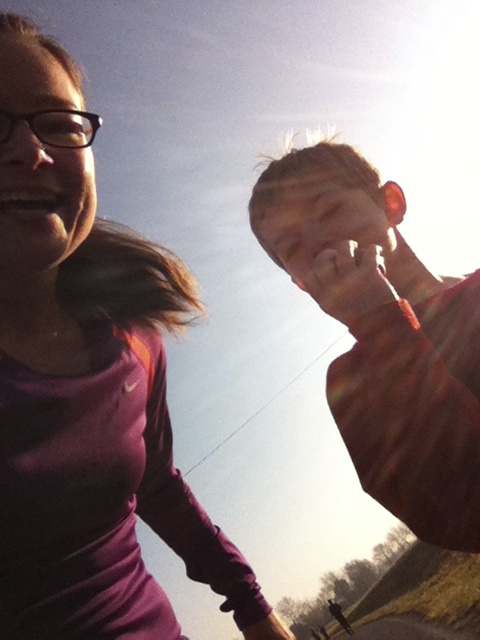 The course was slightly rolling hills with a mix of dirt, gravel and pavement. 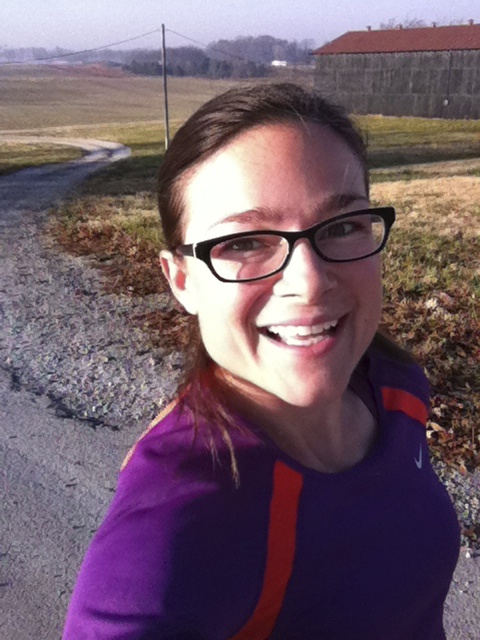 At the end of the run, my son said his shoes were hurting his feet, so I told him to take them off. And that went awesome for a few minutes. He was in love with not wearing shoes. 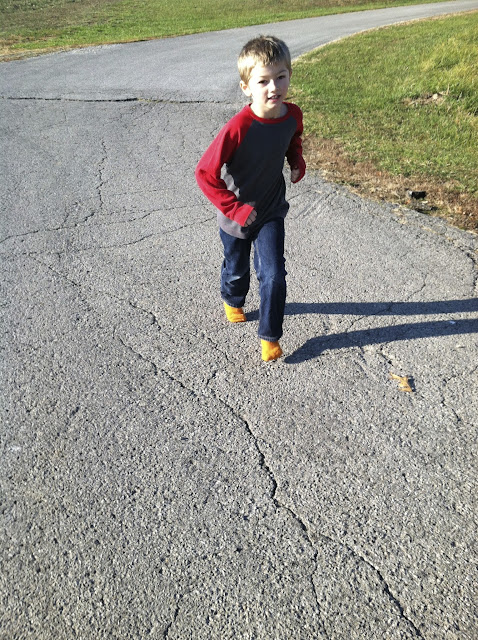 Until he kicked a rock. I decided to spare you the picture of the mangled toe because I want to post pictures of food. Although I'm pretty good at being an uncool blogger, I draw the line at posting food pics right beside mangled toe pics.

But he finished and even had enough gas in the tank to kick at the end. It was really interesting to watch him because after running the first mile, he would sprint and walk, sprint and walk, sprint and walk. I tried to teach him the value of running a little bit slower than he knew he could so that he could run longer, but I'm pretty sure he didn't absorb that lesson that day. I have barely absorbed it for marathoning, so I can't say I blame him.

And it could have been the food and family, but I'm pretty sure the running put us all in a better mood for the day. The pies and cobblers helped too. 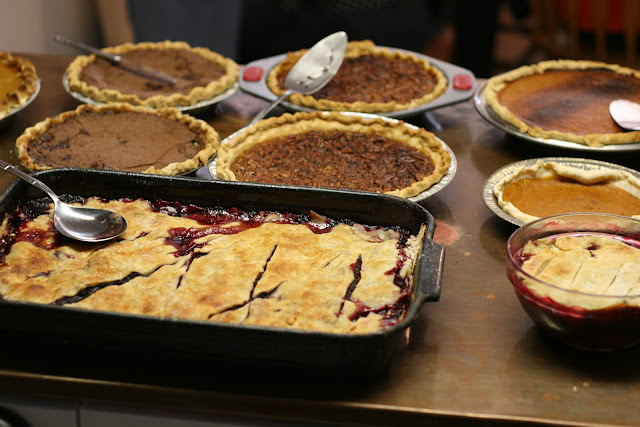 And I was not at all offended by the marshmallows that tried to escape the crowded casserole dish. I could not stop eating these sweet potatoes, and I'm guessing I would have a hard time not eating anything else covered by that amount of marshmallows. 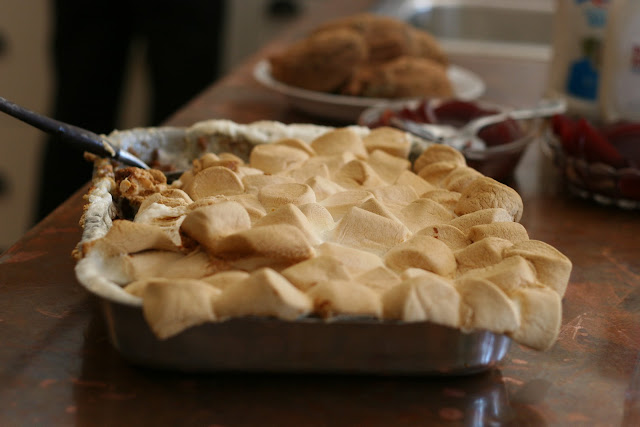 Yes, we also ate veggies, but I guess the pictures tell the truth of what is really important to people. I only took pictures of desserts.

The rest of the day was dedicated to fun. These two look like they are coming up with a sneaky plan. 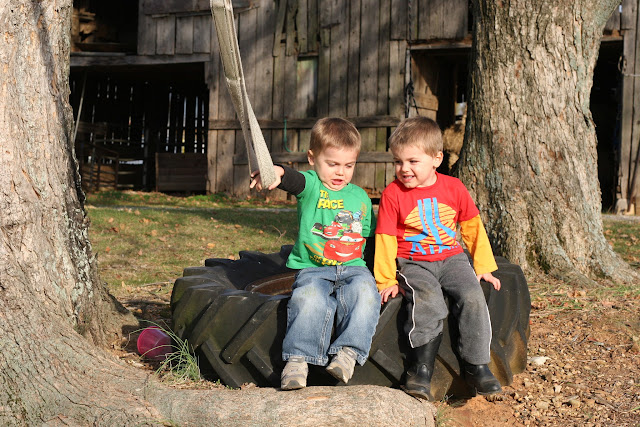 Which may or may not have included overthrowing the older siblings. 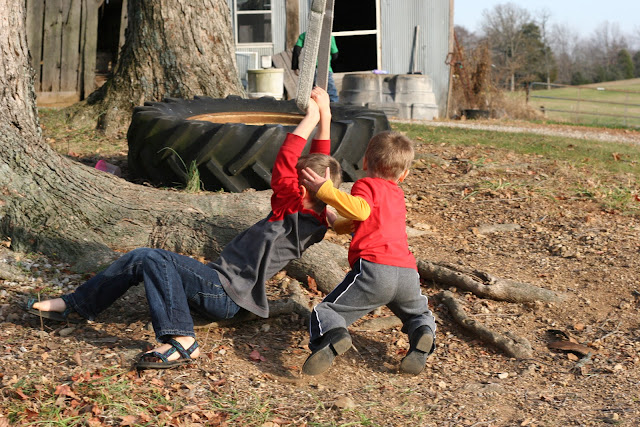 When surveyed, 20 out of 20 kids said they were thankful for horses. 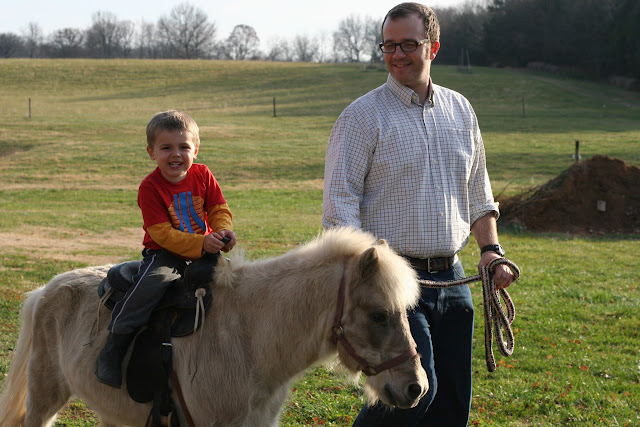 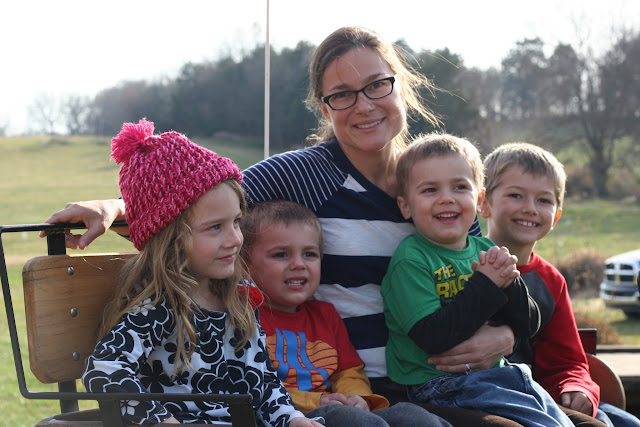 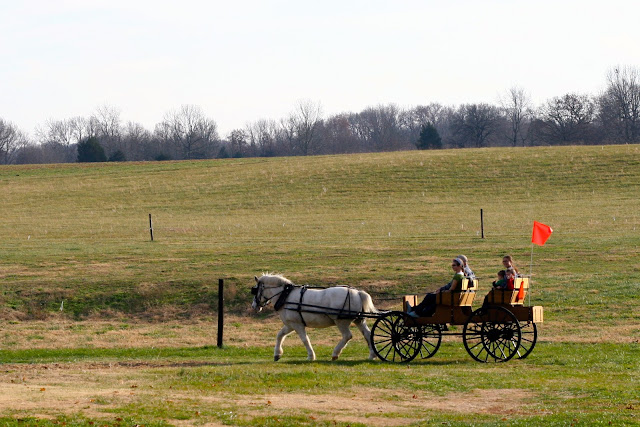 I'm never in the mood to shop Black Friday. Ever. And I am severely into good deals. I'm the person who drives to ten places on my birthday to redeem all of the coupons for free birthday ice cream and burritos. But we tried Black Friday once about eight years ago, and it just didn't seem worth it. The deals evaporated before we even got out of line. Then someone told me today that Amazon matches most of the deals anyway. My niece was particularly excited about this Harry Potter deal (all eight movies for $33.49). When I heard that Amazon matches the deals, I was even more annoyed by Black Friday.

Instead of hitting Best Buy or getting trampled at Wal-mart, we hit up the Mennonite store (also known as a storage shed). There's a large Mennonite community down the street from the farm, and there was definitely no trampling at this operation. Just politeness in skirts and bonnets. And dodging horse droppings. 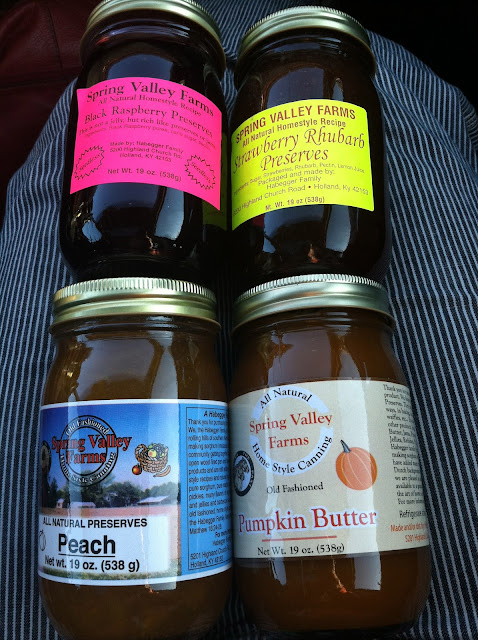 In case you're wondering, because I was, what the difference is between the Amish and Mennonites, here's a short explanation.

Have you ever visited an Amish or Mennonite community? They make me want to hug the earth. And nothing is cuter than little girls in bonnets. Period.

Are you pro or anti Black Friday?

Thanksgiving day runs: good or give it a rest?
Posted by Unknown at 12:10 AM