One of my goals from January of last year was to get involved in the local running community. Well, mission accomplished. Looking back at the last year, it's almost hard to remember where I was at this time last year. Picture in your mind a lot of lonely 20 milers.

My main running partner was my brother, who did not know that I would put this photo on the world wide web. 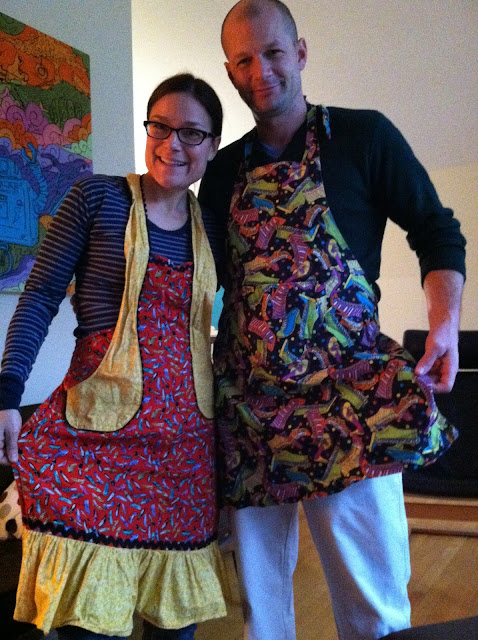 My bro is still at the top of my running-partner list, but since he typically doesn't like to run over about 13 miles (give or take), I needed to find some running peoples to go the distance for marathon training.

Enter the Birmingham Track Club. Also enter Mekelle, my Savannah training partner. Also enter Lara and Diane, my gym BRFs (best running friends). These three factors made the second half of this year's marathon training so incredibly much better.

When Mekelle and I discovered the track club's Saturday morning runs, we were both like this.

It wasn't just the water stops that made these runs better, although those helped as we melted during every summer (and almost every autumn) run. The best part was meeting other long-run junkies who willingly chat it up for hours about running. Because when you're on a long run, one thing you have plenty of time for is conversation. Bonus: no one ever asks you how many miles are in a marathon (although they would all be happy to explain it -- for hours) or tries to warn you that running is really bad for your knees.

These Saturday runs opened up a whole new community of people to me. Last year, when I went to the Resolution Run at Red Mountain Park, I knew my brother (yay, because remember he's cool). This year when I went to the same run, there were still lots of unfamiliar faces, but there were a whole heck of a lot more familiar ones.


Like these ones. OK, so I only met the guy in the orange jacket that day, but next time I see him, I'll totally know him.


For this year's Resolution Run, they again offered the 3, 5, and 10-mile options, but we went for the fiver to get back in time to score some food (which was gone after running 10 miles last year -- a major sadness for our bellies). We actually finished with six miles after a search and rescue mission involving a dog making a snack out of a giant pile of poop. It was as cool as it sounds.

The trails were in great shape and weren't too soggy, considering the rain lately, and we got in some great workouts on the hills. I distinctly remember not being able to run all the way up this hill (and several others) last year. This year, dominated them. I have a loose definition of "dominate." 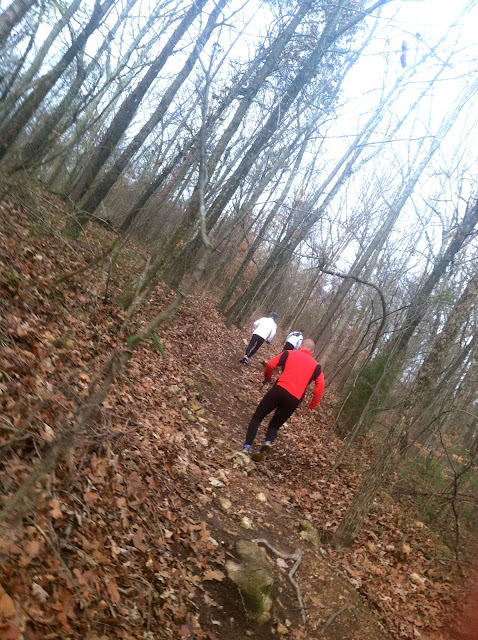 Here are some additional things (other than more friends) that made this year's run a success:

1. I did not have a single fall. Holy Nikes, it's a miracle.

2. We met a raccoon near the park entrance. Is it a raccoon defense mechanism to look so adorable while simultaneously having the ability to be so vicious? Because, dang it, they are so freakin' cute. Like Hello Kitty, I-want-a-picture-of-you-on-my-backpack cute. 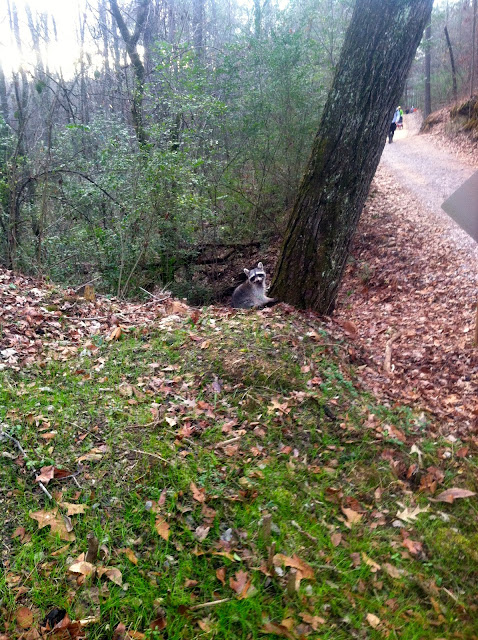 3. Plenty of food at the finish! Cheesy muffins and pork sliders, yes I will. It looked like they had loads left for those running the 10-miler too. Thanks, Jim 'N Nick's! 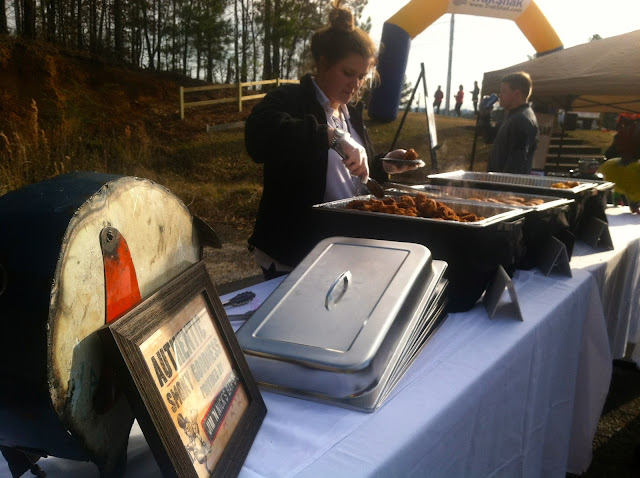 After two years of living in the same town as my brother, I think it's safe to confirm that he's a super sibling. Plus our pants match. 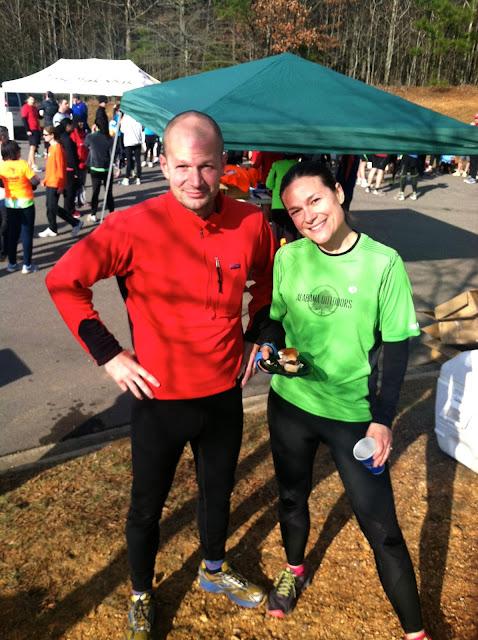 And even though my brother will always be my ace running partner, I'm glad that I was able to keep my resolution and expand my little running world. To all my new running people, whether we've run 20 yards together or 20 miles together (or just talked or tweeted about running together!), you've helped make running really cool for me this year. Thank you!

Is it super weird that I kind of wanted to cry when I wrote that last paragraph? Seriously, I love runner folks, but some of the misty-eyed-ness comes from the fact that Birmingham is starting to feel like our old town, Gainesville, felt. Like home. I knew it would happen eventually, but I had some serious love for Gainesville that I wasn't sure I could find in a new place.

Ever had an irrational desire to pet a wild animal? Back to that raccoon. The little raccoon eyes look so innocent that I actually considered just walking up and hugging it. Pretty sure that would have been a bad move.

Have you made any new runner friends this year? Or resolving to in the new year? There are several fellow bloggers who I want to meet (or see again!) this year. Plus I'm definitely looking forward to more networking with Team Oiselle and Alabama Outdoors. And after just a couple of weeks of working with my new coach (shout out to Resolute Running) and his team of runners, I know that's going to be a great new addition to 2013 too. Basically, 2013 better get ready to rock.
Posted by Yo Momma Runs at 1:25 AM