The experiment in clean eating continues. When I signed up for the two-week jump-start program, I wasn't sure I would make it two days, and I definitely wasn't looking past two weeks. But once I realized how great it felt to cut out gluten, dairy, and added sugar (excluding honey), I decided to at least keep up this experiment until after my next big race.


What I've found most interesting is how my relationship with food has changed. I'm cooking a ton more planned meals, which my family loves. That also makes lunches easier each day because I can either reheat leftovers or add something to them to make a great lunch the next day.

For example, this crock pot vegetarian chili with sweet potatoes was delicious the night of, but for lunch the next day, I added black rice and an avocado to the mix. Now that combo was amazing. 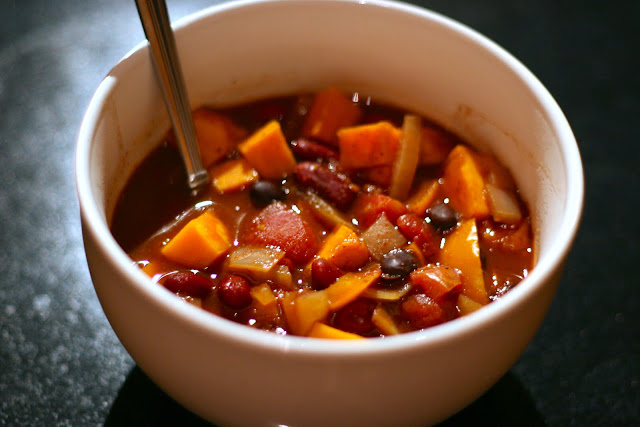 Here's another typical lunch for the week. Leftover rice (which is a half-and-half mix of black and brown rice), mushrooms, red onions, red peppers, spinach -- all heated up in a pan together with coconut oil. Pretty much, I take whatever grain is left over and throw in whatever veggies need to be used up before imminent saggy-ness. This combo never disappoints. 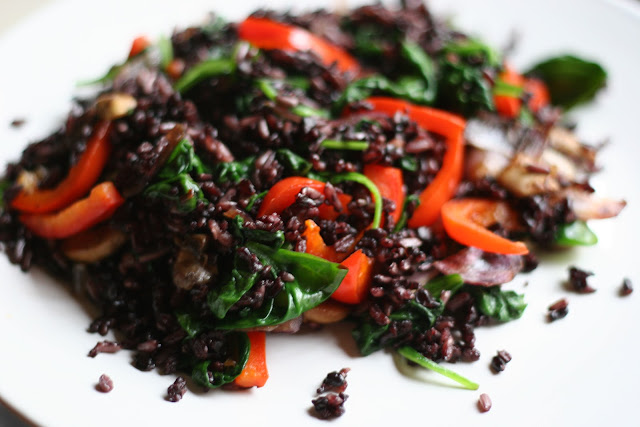 One of the biggest challenges has been eating out, which we don't do a ton of anyway, especially with this plan. Last Saturday at the BTC party, I decided to get wild and order from the taco truck. This was my very first time eating out on the plan. After painstakingly combing the menu for items to not include on my tacos (cilantro mayo, I'm talking to you), I accidentally ordered tacos on wheat tortillas. I took a giant bite just as my friend pointed out that I was eating wheat. Oops. Well, I wasn't about to waste money, so I ate the suckers. And for those wondering (everyone), I was definitely feeling it that night and the next day.

Think cramps and no business. You're welcome.

After that, I was prepared to consider more angles of the ordering process next time I ate out, which happened to be at Moe's on a hot date with my husband (thanks to my visiting niece and her babysitting skills). Moe's is a convenient place to be a picky orderer because everything is prepped right in front of you. I ordered the burrito bowl, which was tastiness supreme, but I'm pretty positive something in there had sugar in it. Probably the meat marinade. Afterwards, I was craving sweets so badly which isn't usually the case when I eat at home (even salty foods). 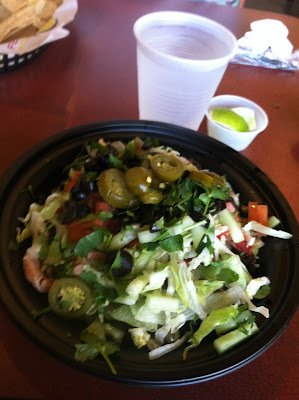 One of the easiest things to do is just take junk (meaning food) with me everywhere. Luckily my kids don't mind if I borrow their lunch boxes. I always have boiled eggs on hand, plus carrots, portable hummus, and clementines.

I have another long run (18 miles) on the schedule for tomorrow, so I'm interested to see how I feel this week. Last Saturday, I felt like a fresh pair of sneakers (that means awesome and smelling good, or at least just awesome) during my run, but I didn't really want to cook afterwards. So I ended up not eating enough post-run. For running 22 miles, that's not a great idea, so I hope to be a little more prepared tomorrow with easier things that I can just reheat and go with.

What I never thought would happen to this blog is that it would get hijacked by a health food fanatic. It's not really my style (my style is way more chips and pound cake), but by gosh, this eating clean stuff is making me feel so great. I have more energy than I've had in a long time, and I just don't want to let go of that. Plus my family has to be benefiting from it too. I'm not making the kids eat everything that I eat, but we eat a clean dinner together. Plus they just have fewer poor food choices hanging around. They are still drinking milk and using butter, which I'm not, and I'm having a hard time letting go of their sandwiches for lunch (for them and their lunch boxes). It's just so easy.

In case you didn't come here for a food lecture, here's some other biz that's been happening around here.

Plank parties. My gym hommies and I like to squeeze in a few planks every day to keep the chiropractor away. In my case that philosophy hasn't fully worked yet. Still seeing the chiropractor, but my back feels pretty great.

My daughter just became an official good citizen. I suspected she was for a while, but now that she's got the certificate, it's solid. Also, I pretty much love the fact the school goes out of their way to catch kids doing the right thing. In addition to these citizenship awards, they have a Gotcha Award that kids get for getting caught doing something awesome. I think I might need to implement that at home.


At the good citizenship banquet, I learned the way to get a toddler to ignore a cookie. Hand him your phone. 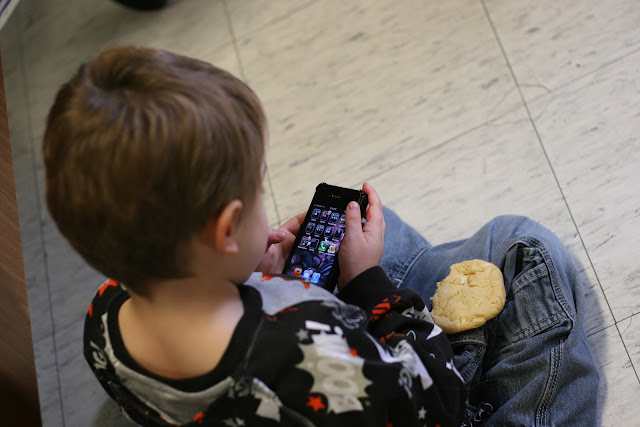 The saddest part of this weekend is that our niece Aria is going back to old Kentucky. We'll miss her positive attitude and the fun adventures we went on this week. And we'll absolutely miss her Vulcan impressions. Uncanny. And classier than that pants-less Vulcan. 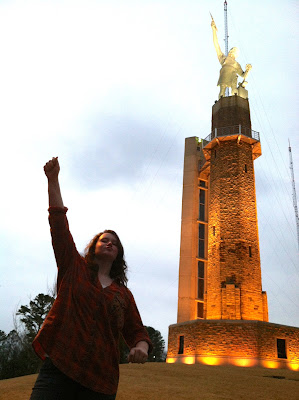 What are some good lunch box alternatives to sandwiches?

Where do you take visitors when they come to town? This week we did the Birmingham Zoo, McWane Science Center, and the waterfalls at Boulder Canyon trails.

If you could implement an award at your house, what would it be? I would definitely start giving awards to people who clean up their dishes without being reminded. It'll be called the Our Kitchen Isn't Funky Anymore Award.
Posted by Unknown at 11:49 PM