Clean eating and parties can mix

If you haven't yet, check out the New Year New Rules giveaway here.

Monday: Spin class, 5 easy miles
Tuesday: 7 miles, treadmill with some inclines thrown into the mix.
Wednesday: Body Pump (30 minutes), CXworx (30 minutes). I was sore for days after these two rump-kicking classes.
Thursday: 8 miles, marathon pace run with my training group. Was nice to feel what this would be like on legs so sore that I could barely walk and bend (from Wednesday's class).

Friday: More strength training with one of the gym trainers. He set up a circuit for us, and it almost helped alleviate the soreness from Wednesday. Wednesday tells me that I should do strength training more than once a quarter.
Saturday: 14.62 in 2:08. Faster than I was hoping to run. Oops. But I cut it short of the 15 on my schedule to make up for it. I'm pretty sure that's not how that works, but I was excited to prove to my family that I could be home from a long run before 9 a.m. As a reward, they made brown rice pancakes with honey on top for me to enjoy in my ice bath.

And look what came in the mail this week. Newtons! I've been wanting to try these out ever since I saw them from across a crowded expo. Probably because bright orange was involved. But also because one of my PTs runs in them and loves them a ton. These are the Distance model, and they weigh 6.8 oz., like a feather on my foot. 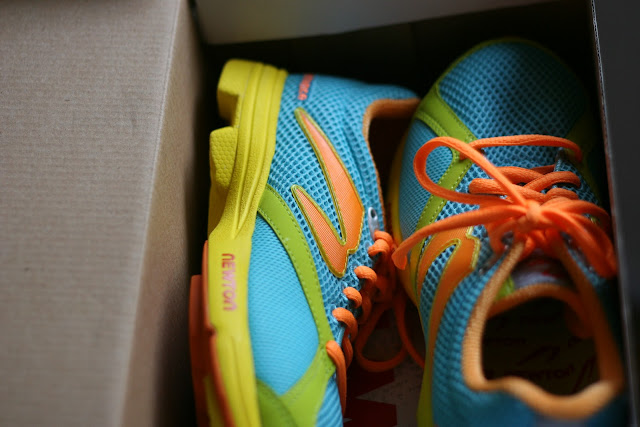 Other than breaking in some new shoes, my goal for this upcoming week is to get more of this.

And to fit in some more cousin dates. 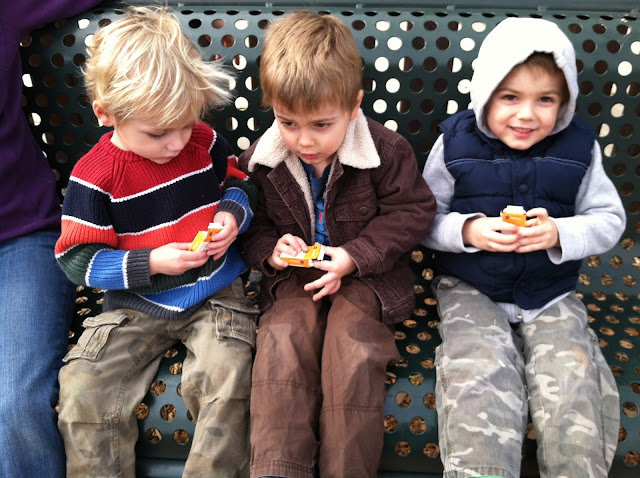 And some quality time with Costco. 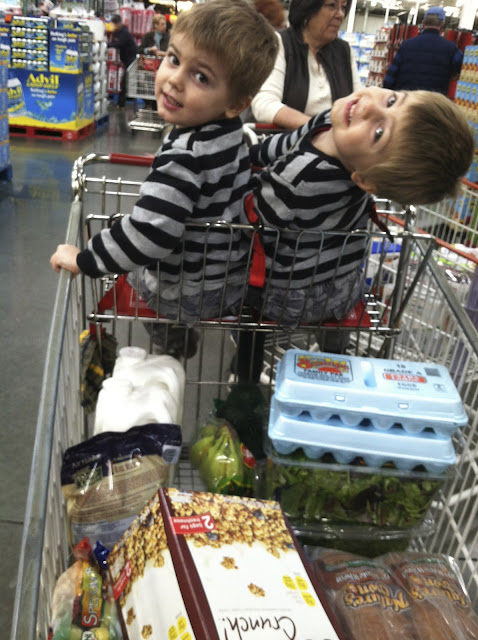 And on the food front, I had some major clean eating successes this weekend. First, I went to a birthday party where the fabulous hostess made gluten/dairy/sugar-free eats to share with me. It was so relaxing to go to a party and know that you will actually be able to eat.


And gluten/dairy/sugar-free cupcakes (minus the candy corns)! I had two, and the kids at the party were downing them faster than Galen Rupp downs indoor miles. More proof that clean eating does not mean disgusting eating.

Then we rocked the Super Bowl snacks with homemade corn chips and guacamole. 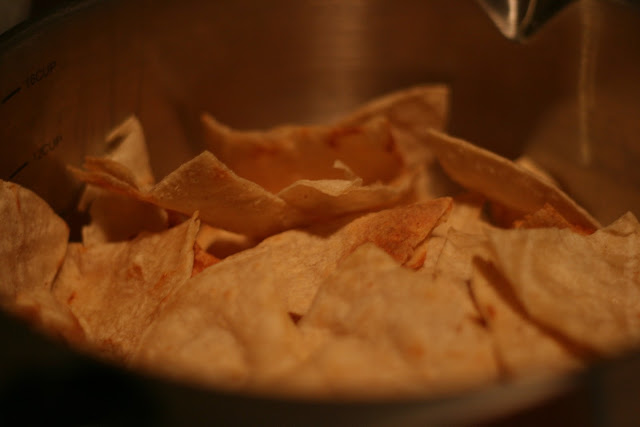 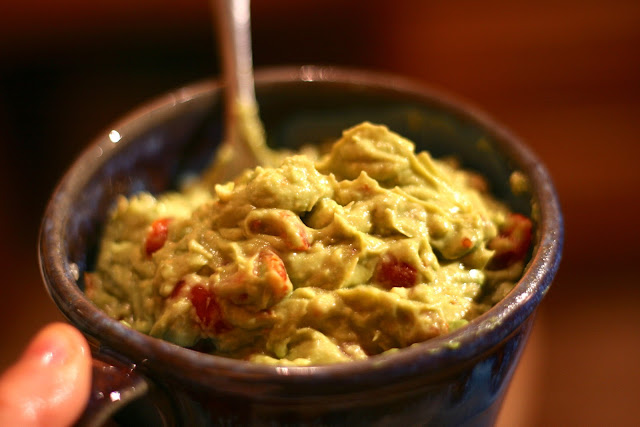 And an assortment put together by my daughter. Minus the crackers, I can eat everything pictured. Super Bowl success. 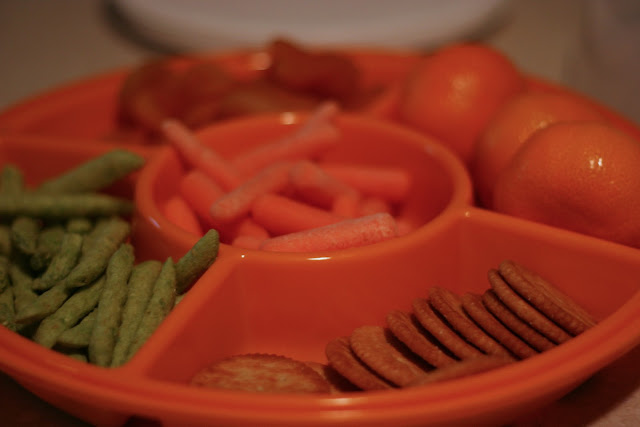 That game had me all shaky and nervous because I bet on Miss Zippy's blog that the 49ers would win, and if they didn't, I had to run the point differential. In case you didn't know, at one point that was over 20 points/miles. I was choking on my corn chips every time the Ravens scored. This was the only football game I watched this season (preparing to be kicked out of the state of Alabama for admitting that), and I was only fully invested in watching it because it somehow tied back to running. There's probably some type of Alabama state fine for that type of football blasphemy. In case you've never been to AL, football here is almost bigger than Jesus, and Jesus has some serious street cred.

What do you think of Newtons? When I tried them on, my daughter gasped and shouted that they had the best colors of any running shoe I own. She's got pretty decent fashion sense, so I'm feeling super cool now that she approves. But I want to take my Newton relationship slow because they have such a low drop.

Ever been to a party where you couldn't/didn't partake of the treats? Sad times.

Which treats did you down during the Super Bowl? Or did you not watch it? We love the snack part of the Super Bowl. My husband actually kept trying to turn the channel during the last quarter, but I was really freaked out about my Miles of Shame bet and made him turn it back. I'll still be running three miles, in shame, tomorrow, but that's way better than 20+.
Posted by Unknown at 11:07 PM