So I've been on a clean eating spree lately, inspired by Katie and Megan over at Prescribe Nutrition. If you've been hanging around this blog (or in person) lately, you've noticed that it's pretty much all I can talk about. A couple of weeks ago, they led an online course called New Year New Rules (NYNR), which is two weeks of professionally guided clean eating.

Here's the deal: I won an entry to NYNR, and I thought, what the hay, I'll go with this. What I didn't think is, wow, this might just change my eating life. But, holy food, it pretty much did. Was I already a decent eater? Sometimes, yes. Cupcakes and sodas were occasional foods, except when there was a large batch of something hanging around on my counter. Then the occasional foods turned into eat-this-as-fast-as-you-can-so-you-aren't-tempted-by-it-anymore foods.

Beyond that, I didn't have much direction. In general, I tried to avoid purchasing the super sugary cereals, and I at least brought home the big tubs of greens from Costco every trip. But I didn't feel a real purpose in my eating. Sure, I ate to not feel hungry. Oh, and also there was that time I ate to majorly carb load. Food fail. If it was delicious and easy to make, I was all over it. Also if it was not delicious and easy to make, I was all over that too. Pretty much I was not into devoting a lot of time to food.

So here's what I learned in my two weeks with NYNR: it is worth devoting time to food! Do I want to spend hours in the kitchen every day? Still a big no. But if I spend a little extra time prepping foods that I can eat over the rest of the week or the next few days, my clean eating job is easier. And the major/major-est thing of all is that if you are trying to eat clean, you will get out of it what you put into it. I'm talking about the energy you gain from feeding your body with things that don't drag it down. For every good food choice you make, you will feel better.

I was discussing this with a friend of mine from my middle school days (gotta love the Facebooks), and she brought up the amazing point that she has spent tons of money on face and skin care products that don't do as good of a job as clean eating does for her skin. I would say the same for energy-boosting products. You can spend tons of money on Red Bulls, and you still won't feel as energized as you will with clean eating.

So now that the official two-week program is over for me, I'm sticking with it because I'm hooked on the way it makes me feel. Will I eat this way forever? I'm really not sure right now. For now, my goal is to stick with it until the end of the month. I have a huge month planned running-wise, and I know that my body is going to need every little extra ounce of recovery fuel I can give it.

One huge thing for me is food costs. With four kids, we can generate some huge grocery bills, and I was positive that this plan would make my food bills higher. There are definitely things, like ghee from Whole Foods, that are much more expensive than I usually lay down for a groceries, but because we're eating so much less boxed food, we are actually coming away spending less.

For example, we tend to buy lots of bars, like Cliff and Z Bars, at Costco. But this week, I finally tried out this make-at-home grab the gold recipe that I've had pinned for about two years (slight exaggeration). Have you heard of Grab the Gold? They're amazing. The kids loved the homemade version, and it was cheaper. Winning all around. 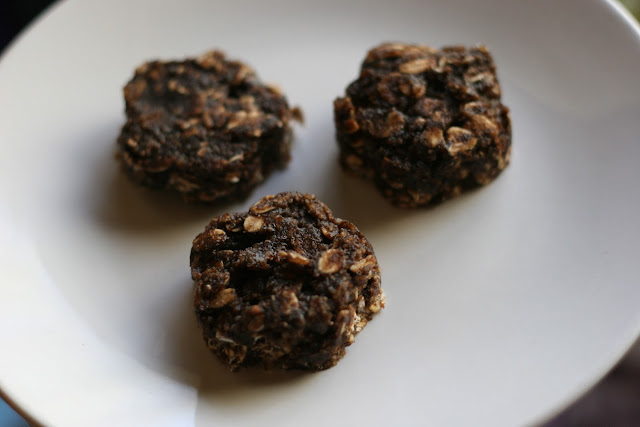 Also, I made a huge pot of the lemon-y lentil soup that was one of the crowd favorite NYNR recipes, and it lasted all week (I have the amazing talent of being able to eat the same food over and over again and not getting bored). Plus I froze two bags of it for later. See, it can be easy with a little working ahead, and because it was already prepped, I wasn't tempted to hit the drive-through somewhere. 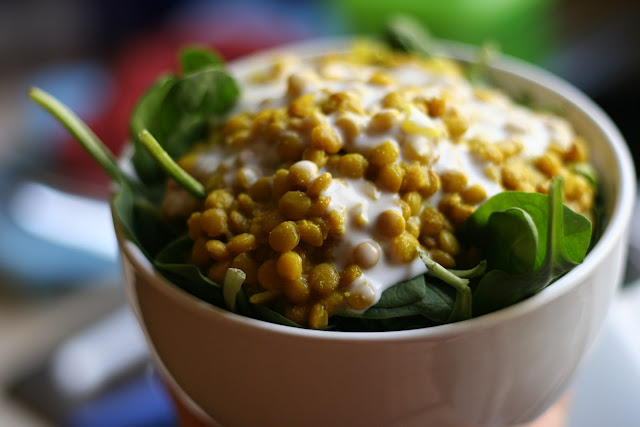 Here's another one I threw together post long run last week. After long runs, I am at the height of tired and don't want to mess around in the kitchen. Quick meal: leftover grits with sautéed onions, mushrooms, spinach and tomatoes, topped with avocado. It took just a few minutes to throw all the veggies in a pan and sauté them because everything was already chopped (or came in small pieces like the tomatoes and spinach). 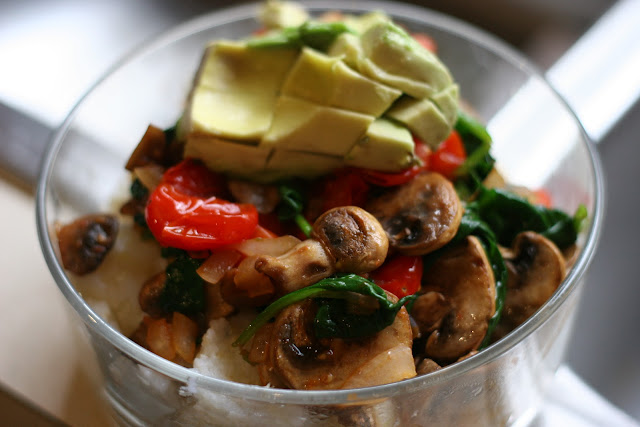 So what was supposed to be a quick post has turned into a novel about eating. Again!

To summarize, because I am supposed to be resting up for a long run in the morning, I hearted NYNR big time. More than some people love Ryan Gosling, which, according to the use of his picture in internet memes, is infinite. So I asked the girls over there if I could hook one of you guys up with a free two-week course.

To summarize, here's what New Year New Rules will offer you:

1. Two-week clean eating program led by professional nutritionists
2. Easy-to-follow eating guidelines
3. Majorly delicious recipes that they have created to follow the guidelines
4. Question-and-answer forums, where no question is lame and you will get a quick, thorough response
5. Support, contagious excitement and ideas of the other course members
6. Knowledge and confidence to continue the clean eating journey on your own

Or you can win one free registration!

This giveaway will close next Monday, February 11th, and I'll pick a winner via random.org. I hope you win!

Prescribe Nutrition is providing the free program entry. All thoughts and opinions are my own, and I was not compensated for this post.
Posted by Yo Momma Runs at 11:20 PM