Spring break has officially sprung. We made it to my mom's house, which was one hour from the start line of today's race. This was my first trail marathon, and my first time running trails in Florida. The terrain was less hilly and rocky than Alabama's, but there was the sink-iness of the sand to deal with. I'll be back later with more race specifics.

But the final results are 3:56:14 and first place woman for the marathon and fourth overall (I think). What?! That is definitely a first. Did I already mention that it was a small, small race? Well, it was. But that does not make me any less likely to talk about it like I just won Boston. I won, I won, I won! Also winning that I didn't have to hurdle any gators in route to the finish. 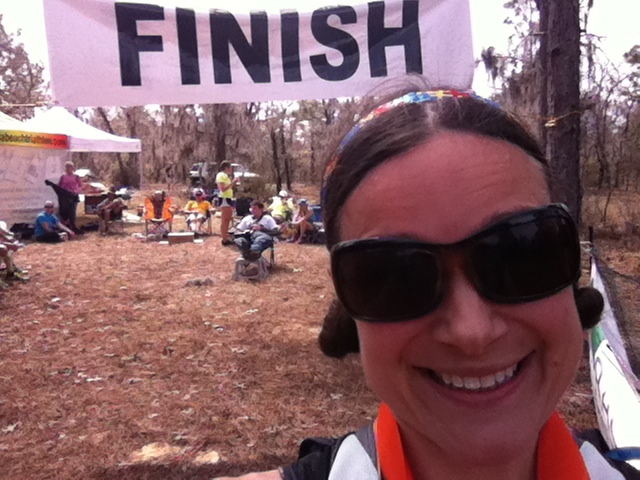