Another week of low-key running in the books. I dug the Garmin out of the trash for a couple of runs, only to get credit for the mileage (going for year two in the 1200 Mile Club), not to see the pace, even though I accidentally noticed the pace a few times. Only a tiny shred of my running heart cared. The same way I care about the dust balls currently hiding under my couch. Eventually I'll get under there with the vacuum hose to suck the life out of the dust mites, but in the meantime, ignoring is relaxing.

The one time during the week that I tried to push slightly harder than I would on an easy run ended with me falling about six times at Red Mountain Park. Other than being a little scratched up and having to eat dirt every time I took a drink from my water bottle, there was no permanent damage. 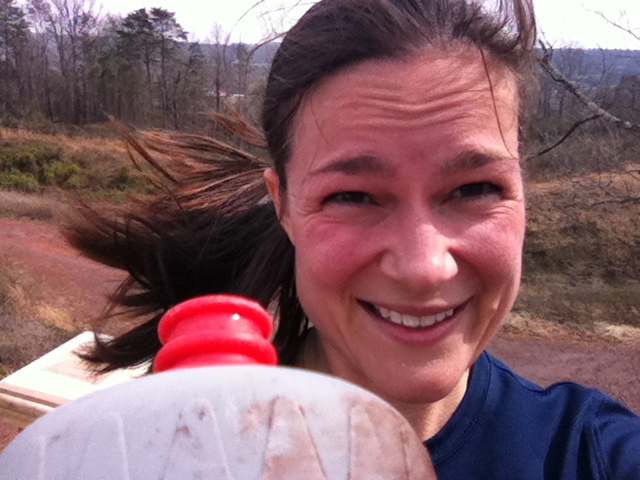 To make this run even more exciting, I had my first snake hurdle. When I jumped over it, and it slivered, I realized it wasn't just a tiny stick. So the snake is probably smaller than a Twizzler, but I'm still counting it as a major trail running milestone. You only have your first snake dodge one time. After that, it's old news. Unless you're Madonna. 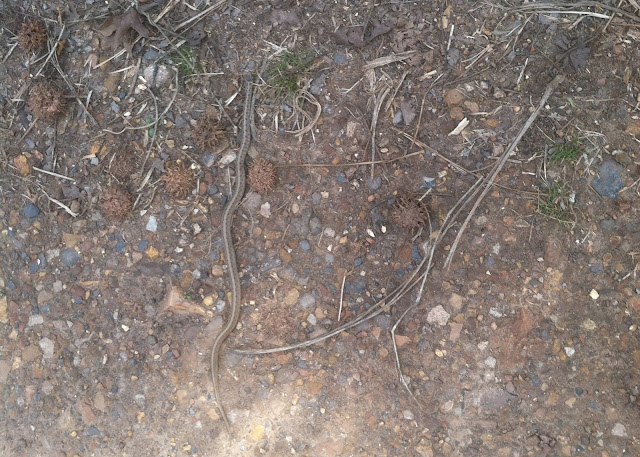 I ramped up my trail running this weekend to prepare for a race that I decided to shoot for during spring break. We're heading to Florida to visit my mom and friends, and while I'm there, lucky me, there will be a trail marathon in Inverness, Florida. Sounds swampy, right? It will be my first trail marathon (somehow in my trail adventures, I skipped that distance), and Plan A is to not get eaten by an alligator. Plan B is to finish, and Plan C is to have fun. Notice that fun is the last goal, but I do consider finishing alive more important. Anyone else going to be there? I'm currently trying to talk this blogger into it. Any other Floridians up for it?

Now, for my Alabama friends.

My coach is opening up a training center dedicated to runners, and there's an open house this Thursday night. If you live in or near Birmingham, you should come check out the open house. At the center, they'll have personal training, physical therapy, sport massage therapy and more, all dedicated to runners. What's even better, the staff are runners, so they understand our crazies. No need to hide our freak runner flags in this joint. 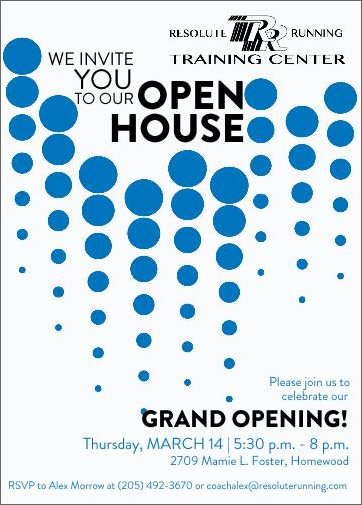 Last, I have a giveaway that I'm super excited about. Some of you already know that I won an entry into the Southeastern Trail Series, a set of seven trail races over seven months, designed to build up mileage to prepare you to run your first 50K at the end of the series. The race director, David Tosch, is an incredible guy who you can read more about here. To summarize, he has rocked out some solid 100-mile races over the last several years and has started setting up races to help people have similar positive experiences in trail running.


I first met him and his wife at the Mt. Cheaha 50K. It seemed like every time I came to an aid station or a turn in the road, there was this super smiley couple clapping and cheering us on. I assumed they were related to someone running near me. Why else would they be smiling so much and seem so genuinely excited? Turns out, they were just there to cheer on all of us that day, blood relative or not. Also turns out that their excitement that day wasn't unique. Every time I've talked to them, they exude that genuine constant excitement about trail running and supporting this growing community. At Mt. Cheaha's 9-hour mark, I was driving out of the park, and they were still there grinning and cheering as the last runners pushed it to the finish.

If you're one of those people looking to get started in trail running or looking for incentive to get started, then this is a giveaway for you. Today's giveaway is for an entry to the first race in the series, the Tranquility Trail Run on April 13 at Oak Mountain State Park. There will be a 3- or 6-mile option. I know this giveaway has a more limited audience as it is location specific, but I'm really looking forward to sharing these trails with some of you Alabamians (or anyone else who is looking to kick up some Bama dirt).

For bonus entries: These are completely optional! But if you do them, make sure to leave a separate comment for each so I can make sure count them all.

And for those of you who have told me that it's hard for you to leave a comment, I'm turning on anonymous commenting for the time of this giveaway. Bring on the spam! But hopefully it helps all of you who want to enter to be able to do so with less hassle. If you comment under anonymous, just be sure to leave your name so I know who to contact if you win. And as I mentioned above, I'll count any of your Facebook comments too.

Thanks and good luck!

*Edit: I forgot to add a closing date. Oops! Let's make Monday, March 18th, the last day for entering. I'll let random.org pick the winner and announce it on Tuesday.
Posted by Yo Momma Runs at 8:46 PM