Yesterday I had three free hours. My kids went to Vacation Bible School, and I ran errands. I must have done a hundred things that had been on my to-do list for months. It felt glorious and efficient and in control. All things that I normally don't feel during any given day of regularly scheduled activities, and I was looking forward to three more hours of the same today.


And then I ate cake.

Last night at a friend's house, I ate some cake, not a lot, but enough to make me feel like I've been hit in the head today. I am not efficient, I am not glorious, and I am not in control (at least of this cruddy brain fuzz).

Which brings me to thanking all of you for your very thoughtful responses to whether or not gluten-free diets are a fad. I didn't want to put my own opinions in the post, even though they are probably already pretty evident from previous posts.

One thing that a friend brought up that I hadn't considered before is that because of the gluten-free craze, people with celiac disease can easily get lost in the shuffle of optional gluten-free eaters. So people assume they are just being picky about what they eat instead of eating gluten-free out of medical necessity.

My feelings on it were pretty much summed up by Mary @ Fit & Fed:


To some degree it is a fad now. I have celiac relatives for whom it's absolutely necessary, and given that family history I've tried going gluten-free myself. Cutting out white flour would of course benefit anyone, so it's good for many people whether they need it or not. And I'm sure there are many degrees of gluten sensitivity other than celiac. For me, I've been doing it for a while but I don't even know for sure if it helps, I should probably run the experiment. My diet tends to be really good or else all fall apart at once, so it's been hard to tease out what the gluten-free does for me. But I can verify that when I suddenly have dairy, gluten, sugar, and alcohol, it's not good. I'm thinking now that the dairy is more of an issue for me than the gluten.

When I started avoiding gluten, I simultaneously started avoiding processed sugar and dairy, so when I have a night like last night, where I down some cake that includes all three, it's hard to know which element of the dessert made me feel worse: gluten, dairy or sugar. Either way, when I avoid all three, I feel so much better. Much less of a someone-punched-me-in-the-face feeling, and much more of a clear headed feeling. When I make a choice about food, I know that it will directly affect how I feel emotionally and physically, so before eating junky food (for me gluten fits into that category), I try and decide whether or not it's worth a couple days of fogginess. Sometimes I decide it is, more often these days I decide it isn't.

So back to yesterday's success. I was able to go into Alabama Outdoors and redeem the free socks I won at Saturday's race (more race details to come). Even though the Rockin Choccolocco 50K was one of the hardest runs of my life, I won some socks. Good trade, right. I may not have any more toenails, but I'll at least have a pair of socks to cover it up. 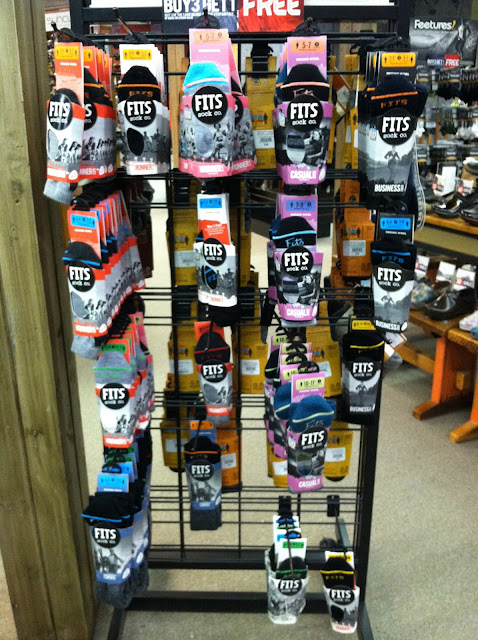 I have not run a single bit since Saturday, but I'll be doing a fun run tonight with my group at Life Time. Not to give you too many unnecessary and unwanted details, but my toenails are still throbbing from Saturday, and I think I might have to bust out some drill action to relieve some toenail pressure.

What helps you be the most efficient during the day?

Have you ever drilled into a toenail? Only once about five years ago, and it felt so much better afterwards!
Posted by Unknown at 11:35 AM