We're currently living one of my dreams, driving across the country pit stopping at every single spot that looks remotely interesting. The part of this trip that makes it dreamy is that my husband is in attendance. We did this same trip a couple of years ago sans my husband, and it was a much less desirable trip without him and with four kids under age 7.

After visiting with some family in Dallas, one of our first stops was Palo Duro Canyon, the Grand Canyon of Texas -- or so the Texans have said. It's the second largest canyon in the United States. 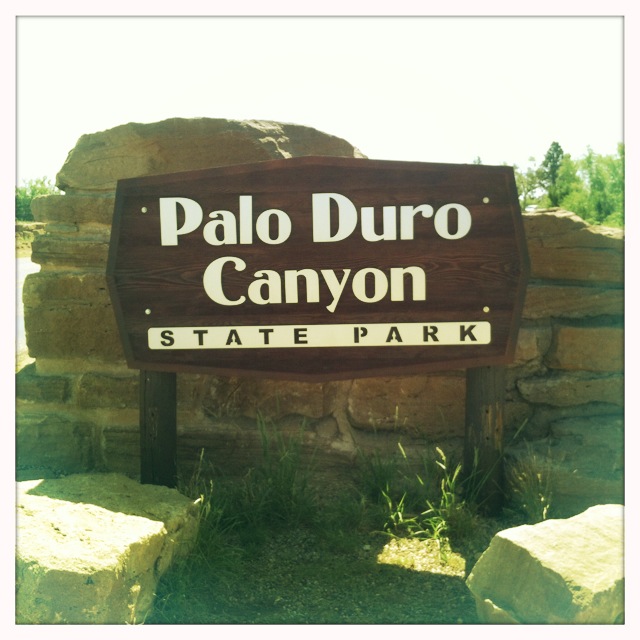 As the sun was setting, the park temp was still 100+, a real scorcher of a day, which was fine with me until the first person we came across in the park decided to remind me that the rattlesnakes will surely be coming out soon because it was cooling down with the setting sun. Thanks for planting that seed in my brain so that I can't think of anything else. 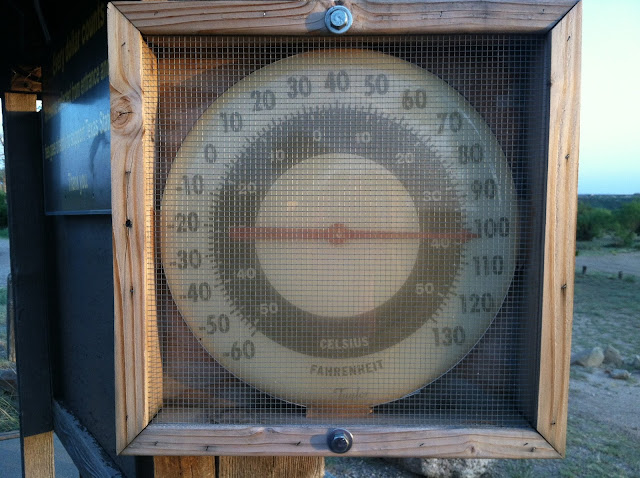 The canyon really is worth a visit if you're driving through Texas, and if you've ever driven through west Texas, you know that good distractions are hard to come by. 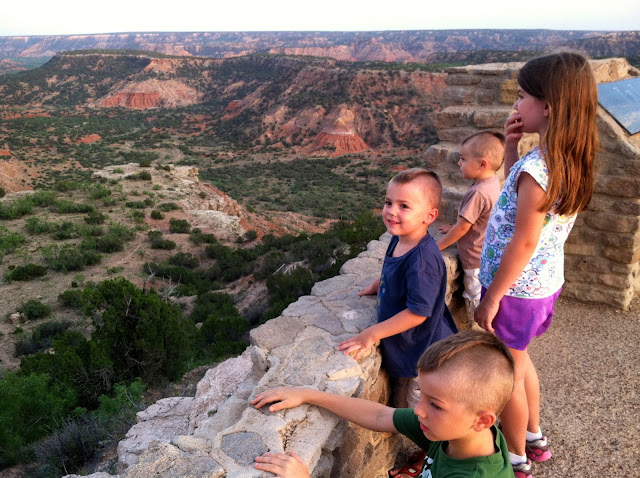 There were several easy hikes throughout the park that the whole family could navigate -- as long as you have strong kids to push rocks out of the way. 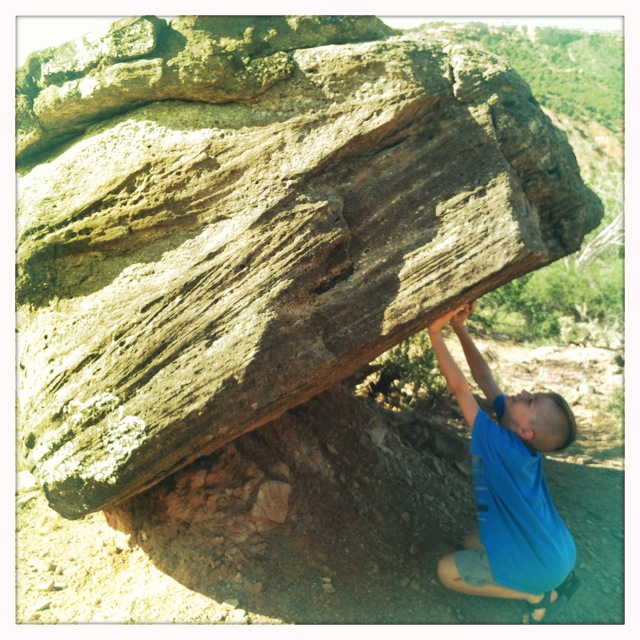 For sleeping, we rented one of the cow camp cabins, built in 1933 by the CCC. They're stone cabins with electricity, a small fridge and a bunk bed, which was too hot on the top to sleep on. Heat definitely rises in the cow camp cabins. 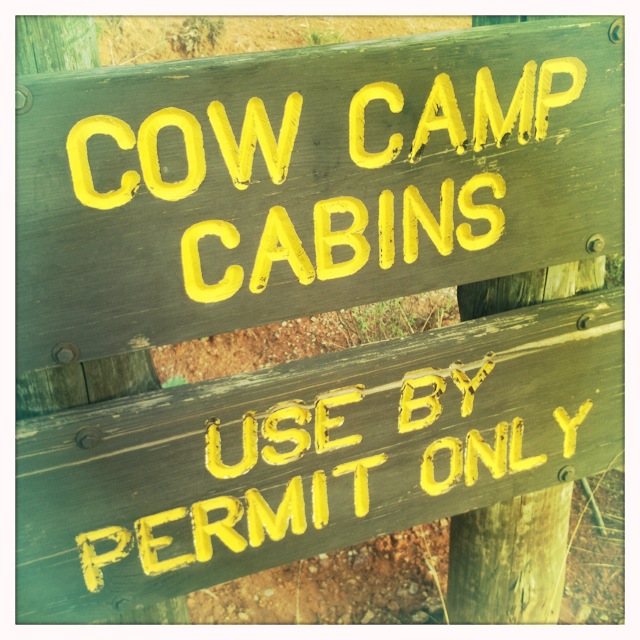 Of course the first thing my most accident prone son did was trip and fall onto one of the exterior stones. 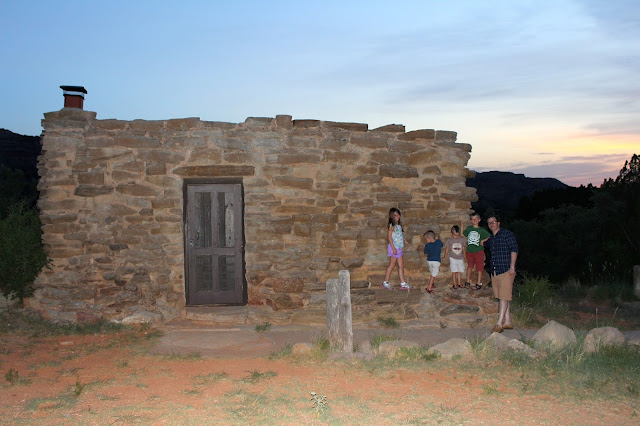 First black eye of the trip. 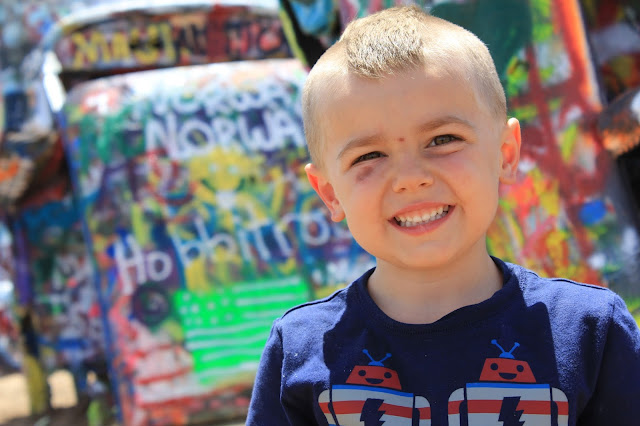 Since we got the black eye out of the way (not a question of if but when), we took out the map and planned our adventures for the next day. Check out the trail courtesy triangle on the top right. So, I did not know this information before seeing this map. Did you guys know this? Humans yield to horses. Bikes yield to everyone. And horses yield to no one. Super useful information to have for trail running. I just always assumed that whoever saw someone first yielded. 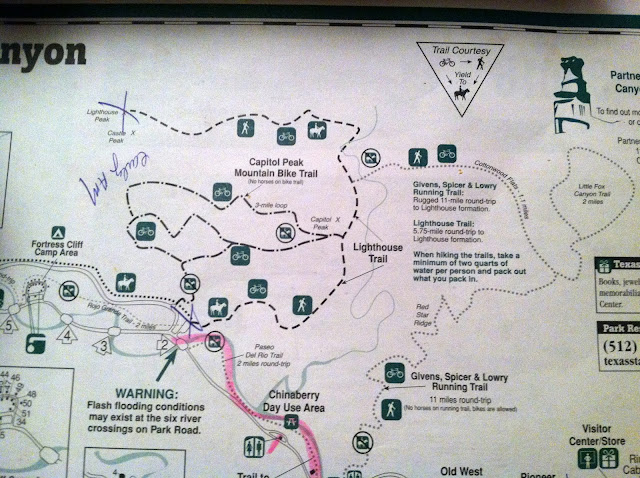 Because I got up so early for my morning run, I didn't have to yield to anyone. 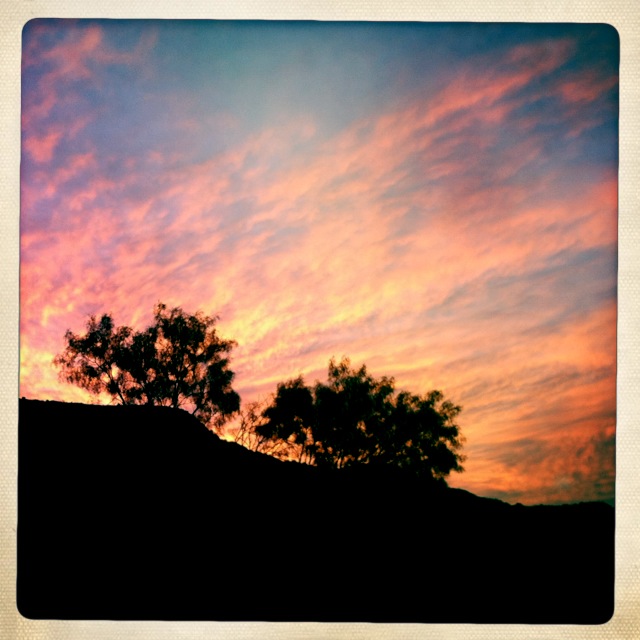 Unless you count this tarantula. I spotted this guy slowly creeping across the road from a long way out. I'm used to spiders, but not spiders bigger than my hand. And I usually can't spot them from a mile out. 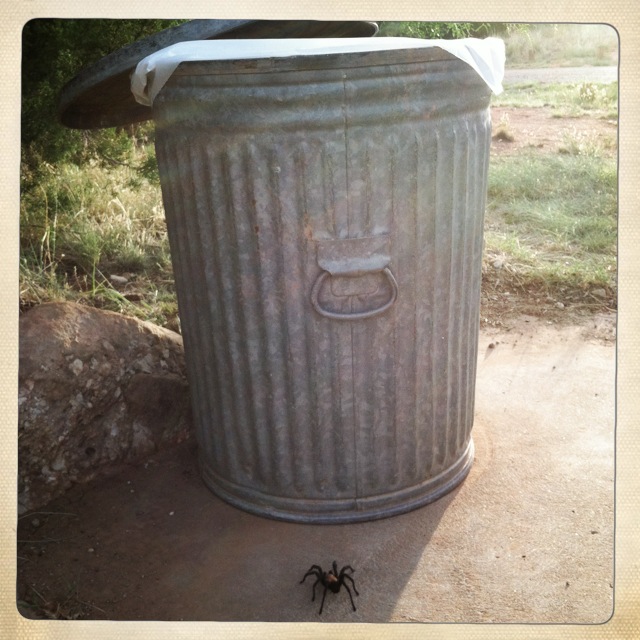 The deer were out in full force as well. Here's one of the little guys hiding in the bushes. Can you spot him? He blends in with the red dirt. 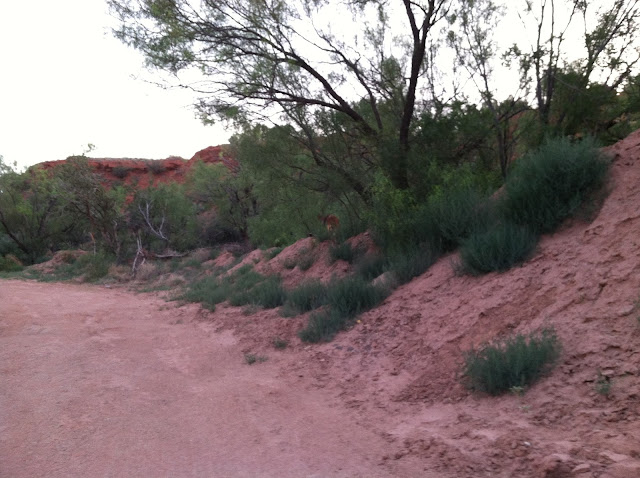 I took the main road for part of my run because the thought of rattlesnakes creeping about had me spooked, but I finally got up the nerve to navigate the smaller Rojo Grande trail solo. The painted rocks were worth the nervous energy expended every time I jumped straight into the air when I saw anything that looked remotely snake like. 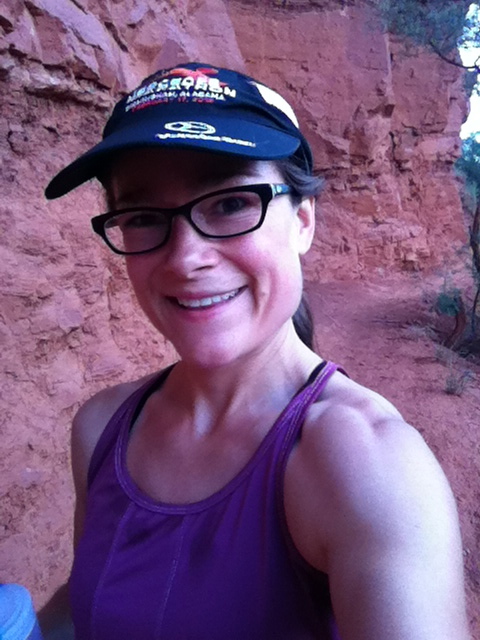 I didn't see any snakes on my run, but I did spot some snake tracks on the sandy trail on a later hike with my family. 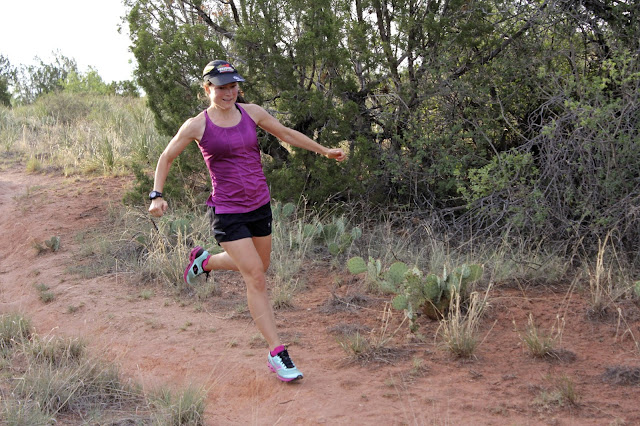 Something I realized during this run, new trail surroundings give me the heebie-jeebies. The cacti, the tarantulas, the possibility of rattlesnakes -- it all compounded to freak me out. Plus, I never run trails without a partner, so running these Palo Duro trails solo was less than desirable without a buddy. Just another reason to try and recruit one of my kids to run with me, but I'm not sure if having them with me on a rattlesnake-infested trail would make me feel better or worse. Moral of the story: I felt wimpy.

What is your biggest running fear? Usually I'm just afraid of falling on trails, but this week, I'm majorly afraid of rattlesnakes.

Worse to encounter on a trail: one rattlesnake or ten tarantulas? Definitely rattlesnake. The tarantula was slow moving making it only mildly creepy, but I did hear that they jump. Thankfully, that didn't happen as I poked my camera in its octo-eyed face.
Posted by Unknown at 6:12 PM