As we've been cruising down the road between AL and LA (Los Angeles, not Louisiana), I've discovered a few things. First (and not most important), I'm really into the palindrome-ness of our trip. You know, AL to LA, the same forwards and backwards.

Second, you shouldn't forget the nail polish at home when only four out of ten toenails are thriving. Darn you, Rockin' Choccolocco 50K, darn you. 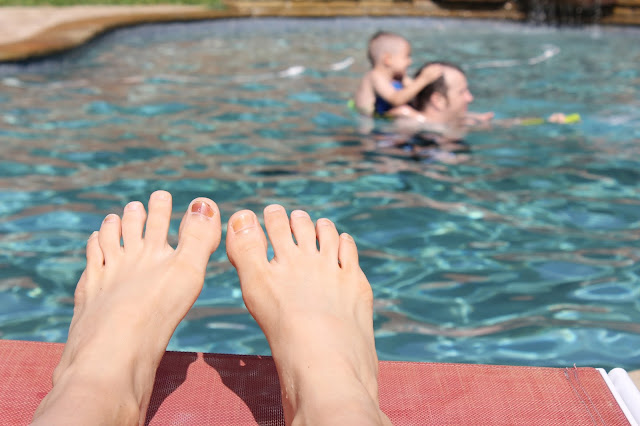 Later I purchased some baby blue nail polish, and they're now this color.


Except I bought the $.99 kind and painted my toenails while driving on a bumpy road. Turns out that's not the best idea I've ever had. But from a distance, they look just as smooth as in this picture, and no one has to be revolted by my black toenails. Which leaves room for me to revolt them with something else, like gaseousness.

Third, it's much, much, MUCH, MUCH more fun to explore while you drive across the country. I'll be back with more pictures of some of the really cool spots we've explored along the way. Hill work, anyone? Fifty points to the person who can guess where this picture was taken. 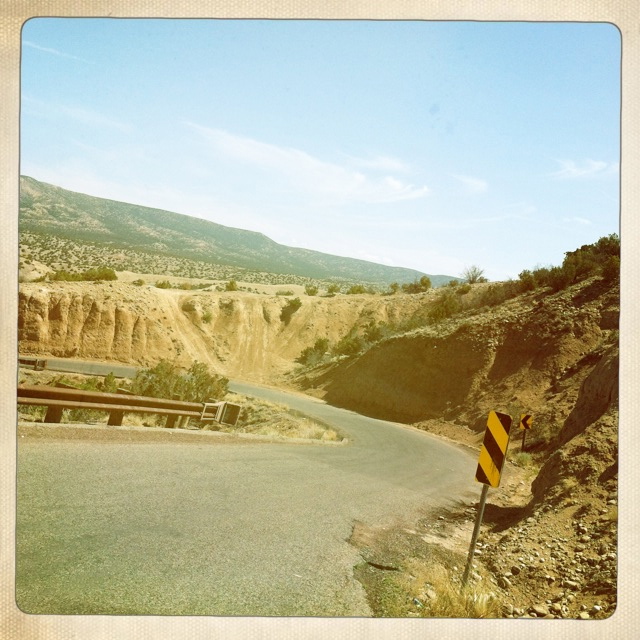 Normally because of my trucker blood (my dad was a truck driver), I act like I'm on the job when it comes time to take a road trip. It's definitely a badge of honor in my family to be able to drive 24 hours without stopping, so last time I made the AL to LA trip, the pedal was much more to the metal as I hightailed it to Cali. We stopped a reasonable amount, meaning at night to sleep and for potty breaks, because I was with kids then too, but there was pretty much zero exploring until we got to our major destinations.

This time, we took almost a whole week to drive out and explored and visited with family along the way. The enjoyment factor has increased only about a million times over, and I'm hoping for more of the same on the way back via a different route.


Another of our major discoveries of this trip is actually more of a creation. I finally decided to merge my husband's top picks for road trip music (classic rock and bluegrass) with my top picks (hip hop and indie rock) and make the ultimate (for our family anyway) playlist. We had a junk load of time to come up with this list and discuss the qualities that a top road trip song had to have. And you're thinking, wow, they had way too much time on their hands. And to that I would reply, yes we absolutely did. You get that when you drive cross country, and you especially get that when you drive cross country and take all of the long cuts, which is essentially what we did by taking lots of side roads and very little interstate.

1. The song talks about the places you're traveling to, from, or through. Who doesn't want to listen to Sweet Home Alabama every single time they cross the state line into AL? Seriously, I want to know if you do that.

2. It makes you want to sing along. We have some songs on our list just because our kids love them, and I suspect if they got put on the karaoke spot (like being put on the spot but while near a karaoke machine), they would choose these songs. Prime example from our list: Rocket Man.

3. The lyrics opine being on the road and traveling.

4. The song drops a danceable, happy beat. This is one of my song requirements because I like to be able to sing (obnoxiously and loudly) and dance along to keep myself awake when I'm behind the wheel.

So with those points in mind and without further time wasting, here's our list.

1. I've Been Everywhere by Johnny Cash. This one is really my favorite, but the rest are in no particular order.

2. Take It Easy by Eagles

4. On Top Of The World by Imagine Dragons

5. Highway 40 Blues by Ricky Scaggs. The hair alone on this album cover should prompt you to listen to this song.

6. Turn the Page by Bob Seger

7. Going To California by Led Zepplin

9. Go Your Own Way by Fleetwood Mac

11. Let's Get Lost by Elliott Smith

15. Here Comes The Sun by The Beatles

17. Get Out The Map by Indigo Girls

18. The Great Salt Lake by Band of Horses