After conquering the first week of school, we decided to take this show (i.e. family) on the road to Kentucky for a family visit. My husband's sister Tahlee and her husband, Iggy, were in town from Los Angeles, which gave us an even bigger incentive to make the four-hour drive.


Not that the farm's fresh sweet corn is not enough of an incentive for my husband. Did I already tell you that he comes from a family of corn snobs? Not in a bad way, just in an I-only-eat-the-fresh-stuff way. It's so bad that I've only purchased supermarket "fresh" corn once or twice in our marriage. That old junk (anything picked earlier than immediately before cooking is considered ancient) does not pass as edible for a corn snob.

And just how was that first week of school? There were no tears anywhere. I was most worried about my daughter who had a really hard time fitting in with the girls in her class last year. A lot of them knew each other before the start of school, and she knew none of them. She knew some of the boys, but in her fourth-grade mind, that does not count for anything. There were lots of after-school tears last year because she felt lonely in class. This year has already started off on a much better note with her making friends the first day of school. Happy dance.

We took our first-day-of-school pics on the second day. Classic procrastinating mom move. 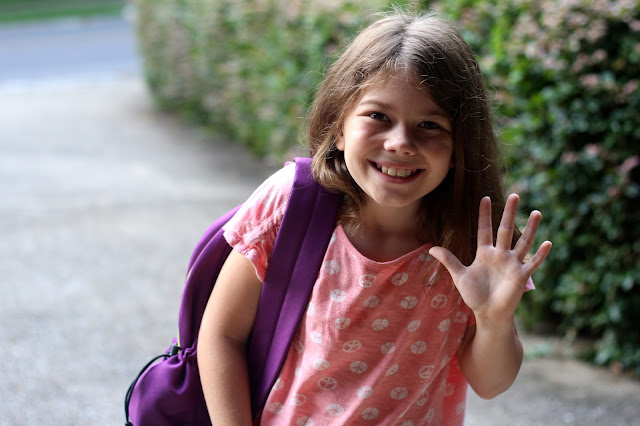 You can tell it was day two because we were already letting severely wrinkled clothes pass instead of running the steamer over them. By day three, we're already lowering our standards to shirts with holes and nose-bleed stains. 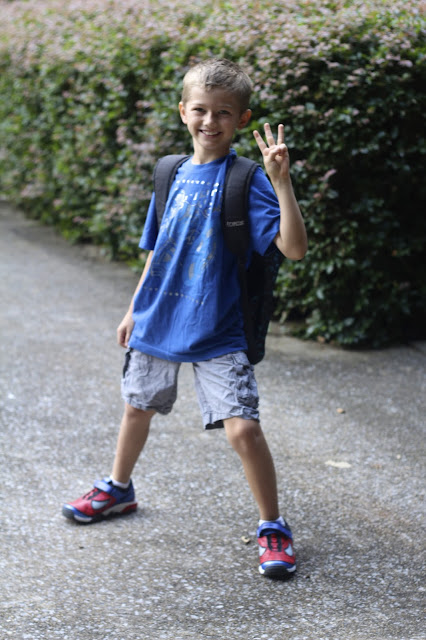 But I was less worried about clothing cleanliness than I was about this advertisement I saw in the carpool line. A) Is there really a whole store dedicated to lice removal? B) Do we really need the possibility of lice already shoved in our faces during the first week of school? C'mon, let us settle in a little bit and get the flu and strep throat out of the way before we play the lice card. 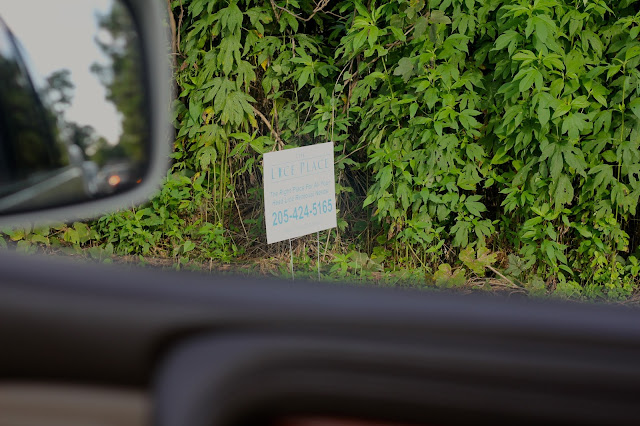 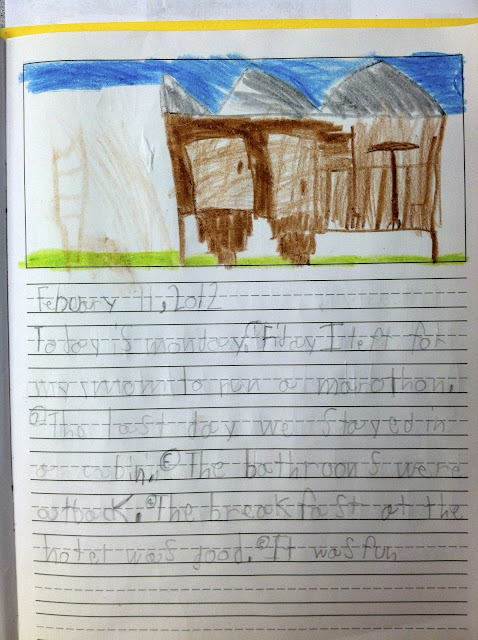 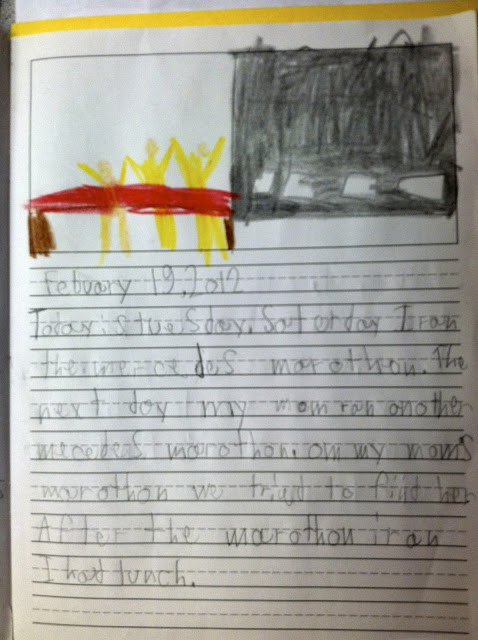 In case you can't read his writing, it says something like, "Blah, blah, marathon, blah, give me some food!" And, "We stayed in a cabin with an outside bathroom!" The kid clearly knows what's important.

And we have a Feetures sock winner! Jenny Lou Browning who entered via Facebook. 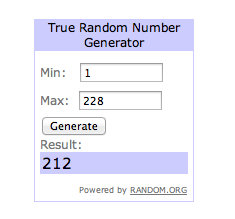 Congrats, Jenny! Please email me at yomommaruns(at)gmail.com to get your winning info. And thank you so much to everyone who entered and shared this giveaway! I almost hate giveaways because I want everyone to win, but it's still exciting to make one person happy, which is why I keep hosting them.

What do you start to let slide after the first week of school? Obviously clothing wrinkledness. Second, their lunch box contents. They pack their own lunches, and after the first week, I don't scan the contents as often. One day last school year, I opened my son's lunch box to find a lone slice of bread (not in a container) and an orange. Hmmm, maybe should have paid a little more attention there.

Are you a snob when it comes to certain foods? I definitely have a VERY hard time drinking after anyone, so I guess I'm a drink snob. If your lips have touched it, I don't want anything to do with it.

Lice: the grossest part of elementary school? Potentially yes. I start to get a phantom head itch when we get the letters about someone being found with lice at school.
Posted by Unknown at 10:00 PM