Marathon (half marathon or 50K) playlist: the awesome version

Here's the music that made the second half of Saturday's 50K the smiliest 15.5 miles I've ever run (except for the 30 minutes at the end when I was about to pass out). It's just over three hours of music, so you could use it for a half marathon or a full, depending on when you like to turn your music on. You know how some people like to wait it out for a few miles before turning to the glory of music. 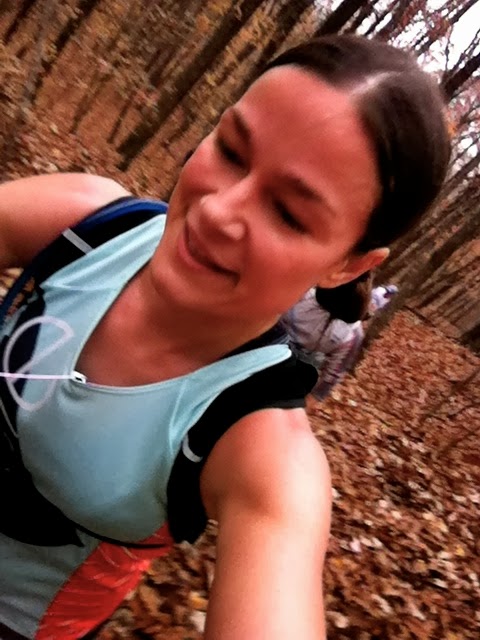 And I hug this playlist a million times over. Every single song made me want to sing my heart out to the trees and high five falling leaves. Also the loads of caffeine I ingested could have had something to do with that.

1. Alive by Empire of the Sun
2. The Distance by Cake
3. Can't Hold Us by Macklemore & Ryan Lewis
4. Can't Nobody Hold Me Down by Puff Daddy
5. My Body by Young the Giant
6. Daylight by Matt & Kim
7. Demons by Imagine Dragons
8. Feel This Moment by Pitbull
9. Break The Walls by Fitz and the Tantrums
10. Float On by Modest Mouse
11. Gone, Gone, Gone by Phillip Phillips
12. Brain Stew by Green Day
13. Hate To Say I Told You So by The Hives
14. Take My Hand by Simple Plan
15. Hollaback Girl by Gwen Stefani
16. I Will Wait by Mumford & Sons
17. Invincible by OK Go
18. It's Time by Imagine Dragons
19. Kentucky Mandolin by Bill Monroe
20. Lasso by Phoenix
21. Immigrant Song by Led Zeppelin
22. The Show by Lenka
23. Let's Get It Started by The Black Eyed Peas
24. Midnight City by M83
25. Magic by B.o.B
26. Dashboard by Modest Mouse
27. Mountain Sound by Of Monsters and Men
28. Come On [Let The Good Times Roll] by The Steve Miller Band
29. My Songs Know What You Did In The Dark (Light Em Up) by Fall Out Boy
30. Harlem by New Politics
31. Ob-La-Di, Ob-La-Da by The Beatles
32. On Top Of The World by Imagine Dragons
33. Painkiller by Judas Priest
34. Even Flow by Pearl Jam
35. Roar by Katy Perry
36. Joy & Pain by Rob Base and DJ EZ Rock
37. Safe and Sound by Capital Cities
38. Hall of Fame by The Script
39. Simple Song by The Shins
40. Six Weeks by Of Monsters and Men
41. You Got Yr. Cherry Bomb by Spoon
42. Sprawl II (Mountains Beyond Mountains) by Arcade Fire
43. Submarines by The Lumineers
44. Suit & Tie featuring Jay Z by Justin Timberlake
45. Sweet Disposition by Temper Trap
46. Unbelievers by Vampire Weekend
47. Why Can't This Be Love by Van Halen
48. When You Were Young by The Killers
49. The World At Large by Modest Mouse

And just an FYI, other than safety issues, I have no idea why people sometimes argue that music messes up your trail running chi. It's the exact opposite for me. The music makes me want to marry all the trees and have wood elf babies.

Trail running with music: yes or no? If I'm running with people, no, but if I'm by myself, definitely yes.
Posted by Yo Momma Runs at 7:00 AM