If you've followed my journey for a bit, you know that I happened upon the best-on-the-planet group of running ladies at my local gym. One of those ladies is the mom to a 20-year-old son who is on the autism spectrum.

Jack, my running buddy's son, has a brilliant mind that is constantly churning and planning, but he just can't verbalize all of the things that are going on in there.

When I think of autism, I think of times when I visited places where I couldn't speak the language. I knew what I was feeling and what I wanted to say, but I couldn't say it in a way that most of the people there understood. When I would finally find someone who was patient enough to try and listen to me piece together a grammatically botched sentence in a new language, I was so relieved.

Kids on the autism spectrum face the same challenge every day. What makes it harder is that because there is a spectrum, there isn't one right answer on how to communicate with people with autism.

The movie A Mother's Courage: Talking Back to Autism (also available on Netflix) does a great job of painting the picture of the various points on the spectrum and what it is like to see doors open into the mind of your child. Finally understanding what they are thinking after years of verbal silence or verbal static, depending on the child.

A Mother's Courage from Golden Hat Foundation on Vimeo.

That's why this year I decided to help raise money for Mitchell's Place, a Birmingham center dedicated to unlocking the potential of children with autism.

From the Autism Speaks site, here a few important facts about autism.

Let's reach out to this growing population and open doors for them, one child at a time.

Here is my fundraising page for donations. Any amount is appreciated!

And to get things started, I am raffling off a $50 gift card to Road Runner Sports. Make any donation between now and January 15th, and you are entered to win. Every dollar counts! I'll choose a winner using random.org. 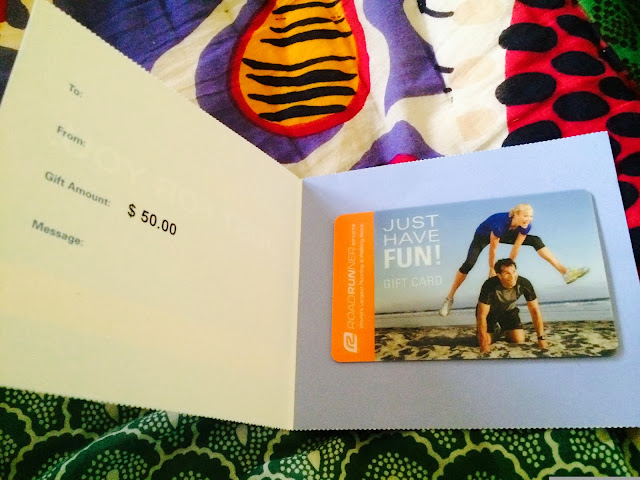 So here's a recap:

Donate on my Crowdrise page.

And you are automatically entered to win.

All of this fundraising is leading up to the Feb. 16th Mercedes Marathon and Half Marathon here in my hometown. After two years of running this race for selfish reasons, I am really, really, really excited to make this race about more than just me, me, me.
Posted by Yo Momma Runs at 10:15 AM