The vacation matrix is ending

Vacation ends tomorrow. Well supposedly. Right now the rain covered roads are supposed to be turning into ice covered roads with the temperature drops, and school, which has already been delayed two hours, has the possibility of being canceled. So fingers crossed that we get one more day to spend together.

If not, I feel like we had some awesome quality time together, making lots of great new memories, minus the lice incident.

Update: we heard rosemary helps detract lice, so we bought out the Suave rosemary mint shampoo. So if you are out looking for some, just go home because we already bought it all. Some people are out purchasing bread and milk in a panic (that's what happens when it gets below 30 in Alabama), but we were just cleaning out the shampoo section in a panic. 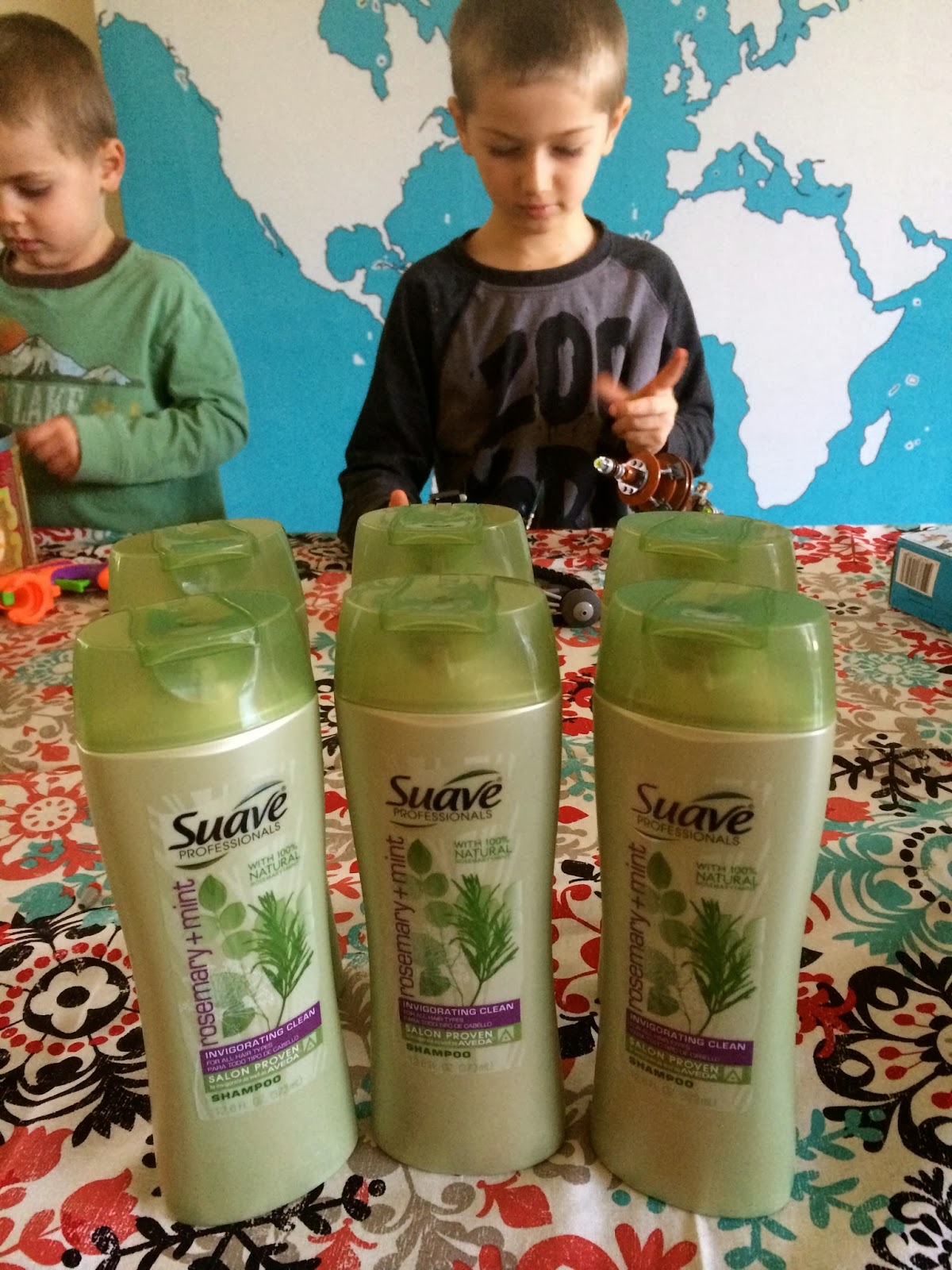 In an effort not to let that overshadow our school vacation time, I'm going to take a look at the good things for a minute.

Kentucky sunsets are one, especially when combined with a bunch of friendly horses.


The kids were too busy with their own fun to really notice much of the sunset. 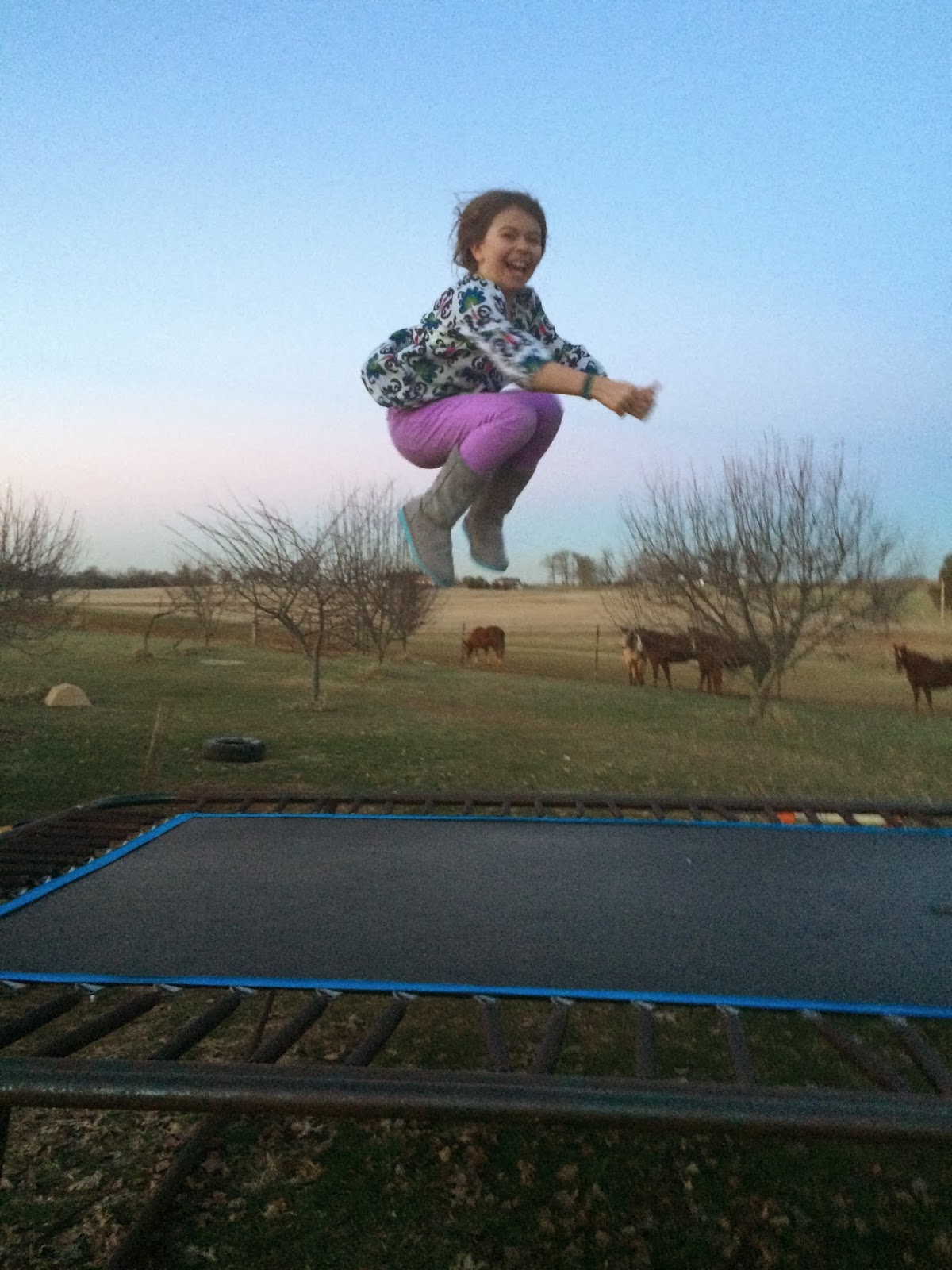 My family reunion this year was in Evansville, IN, which has some pretty great sunrises to compete with Kentucky's sunsets. 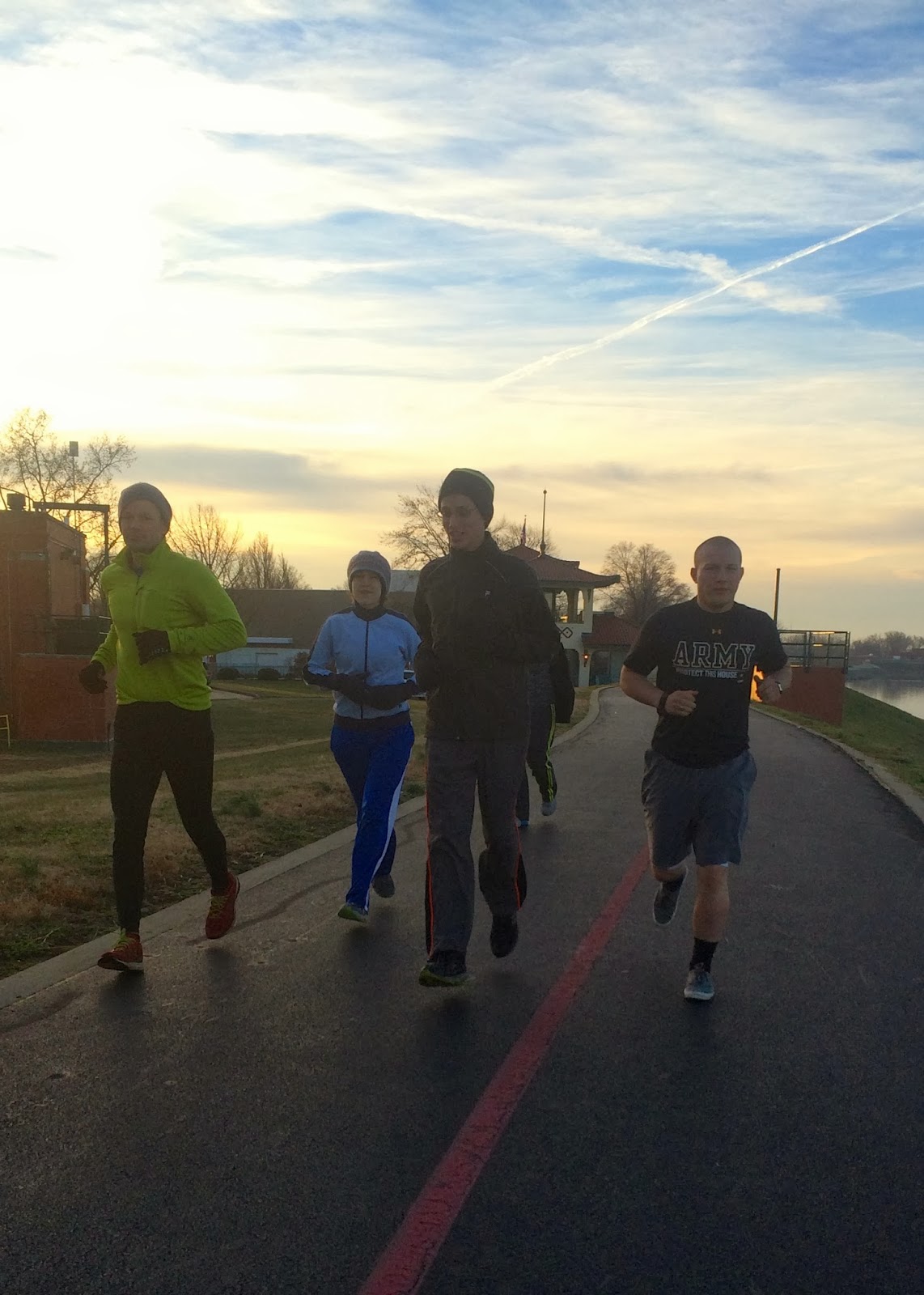 Plus, as you see above, we had a decent sized running crew at our family reunion this year. Last year, Emma (in the blue sweats above) ran with Jimmy and I at the reunion, but this year, we doubled our running numbers. Pretty good improvement for a year! Obviously my nephew in the army shirt is in the army for a reason, like that he is way tougher than us. We are all practically bundled up in down comforters to run, while he's out in shorts like it's a spring day.

These family reunion runs in Evansville also reminded that running is a great way to tour a new town. Churches, government buildings, restaurants, cute neighborhoods, casinos, the nearest Bargain Hunt: you can find all of that on a four-mile run, at least we did that day. 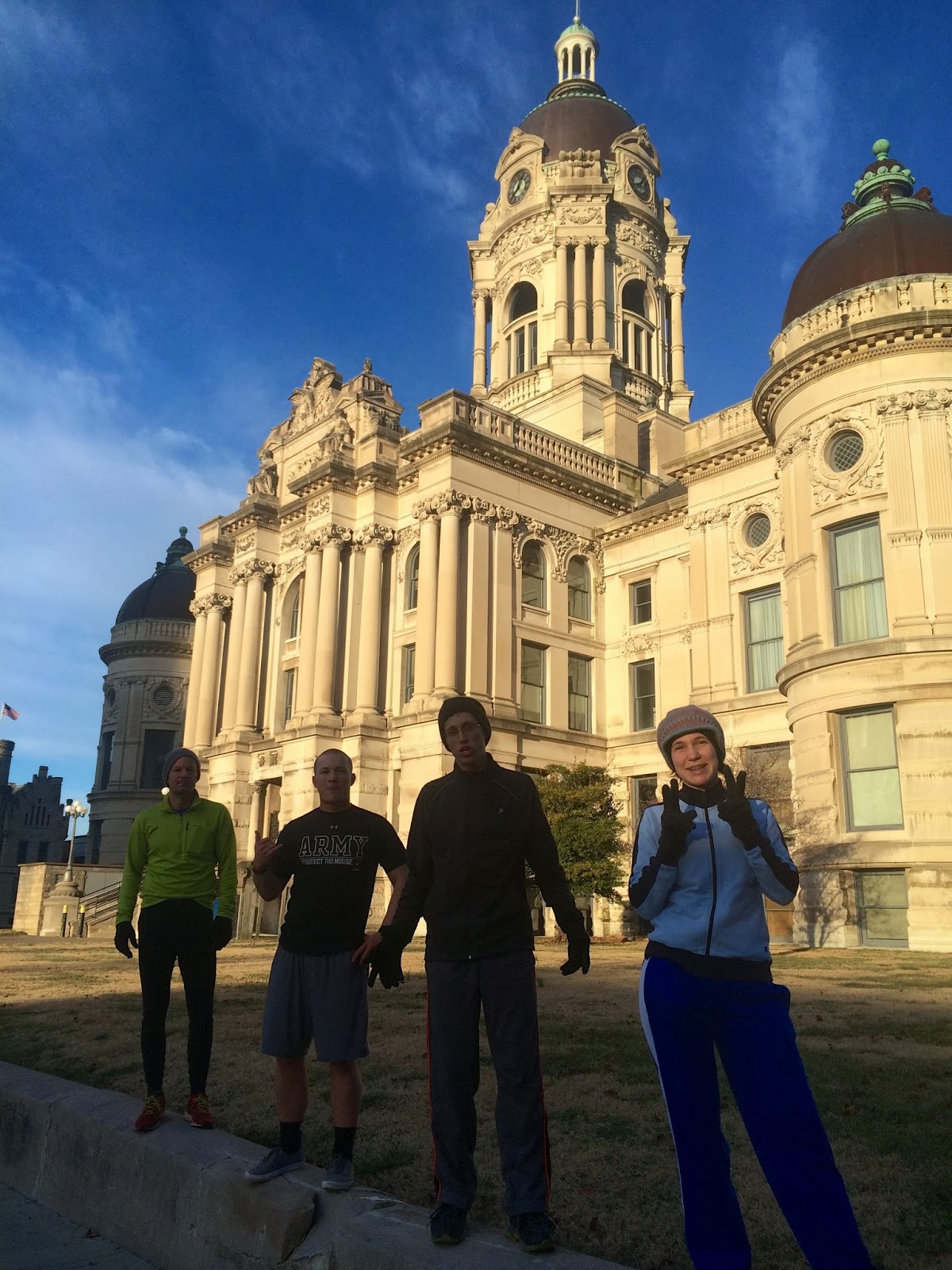 My snow-deprived kids also got to see an old pile of dirty snow in Indiana. One of the twins ran up and grabbed a chunk and got a horrified look on his face. He dropped it and said, "This is just really cold ice." Wow. Some things are not obvious to kids who are only around snow twice a decade.


One of my personal favorites from Evansville was the local pizza joint Turoni's. If you're ever visiting, this is a must. 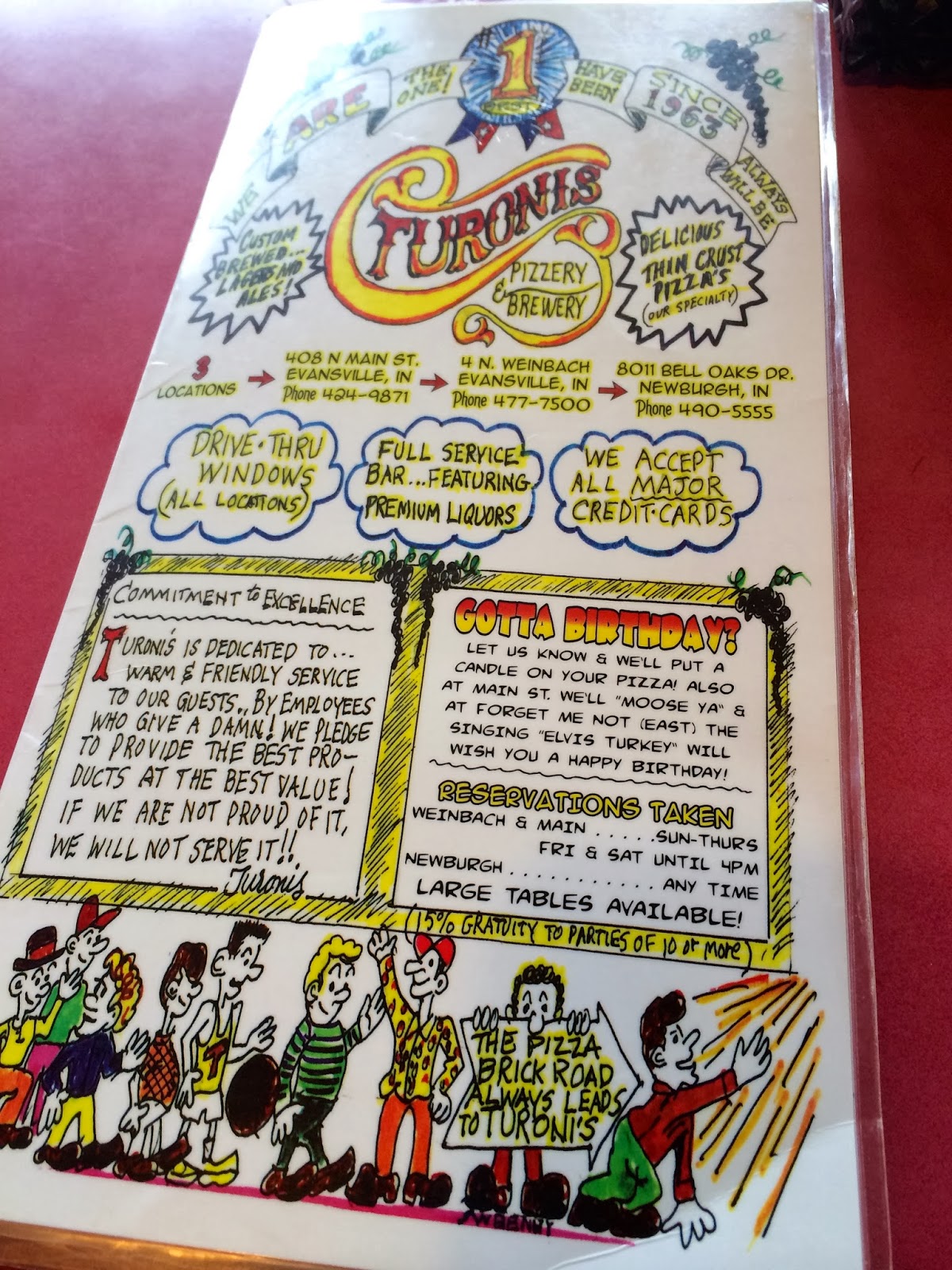 We tried, almost successfully, to fill the place up. And this was minus seven family members who were still en route to the reunion. 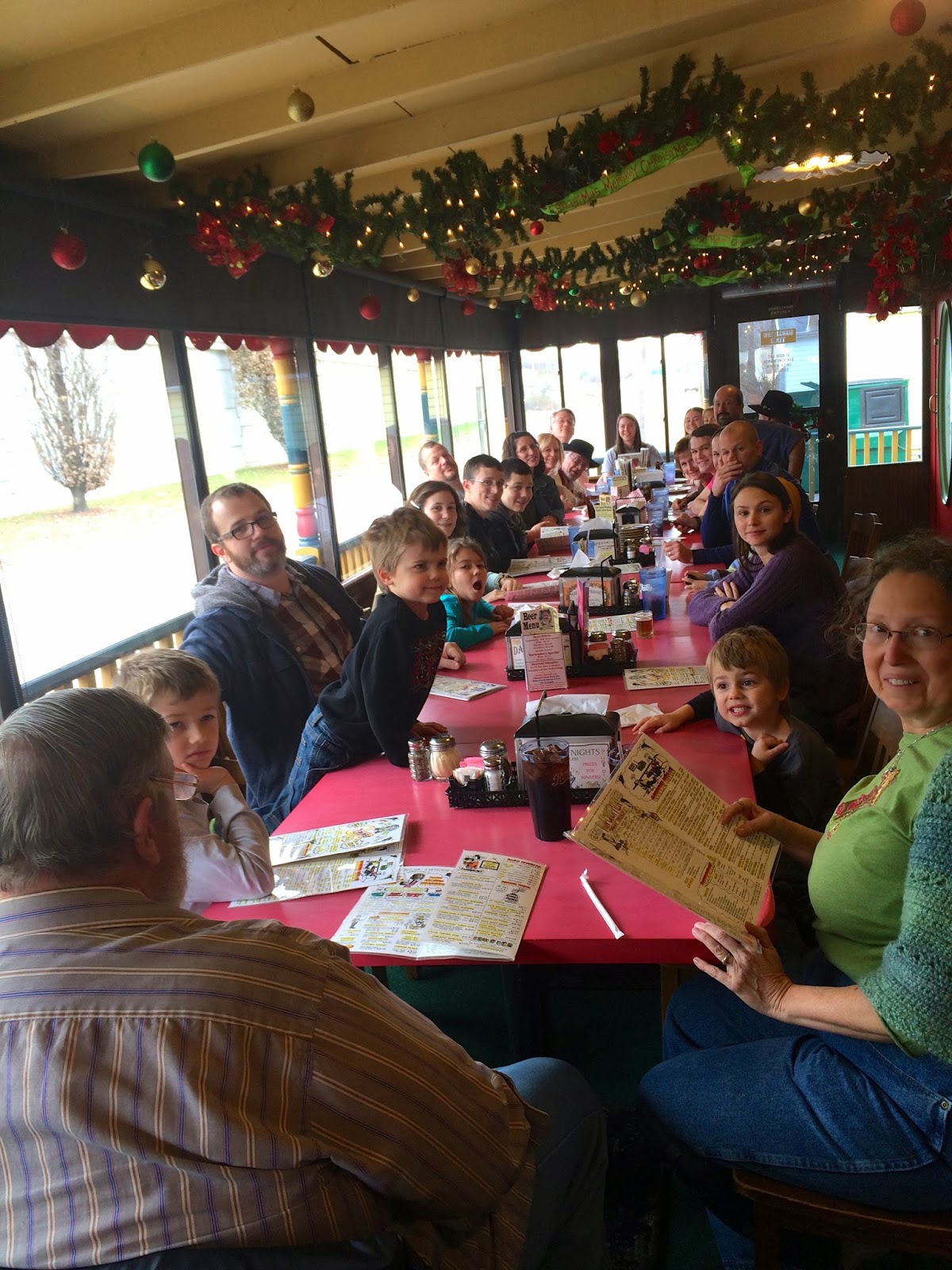 They had a lot of creative topping combinations to try, and we ordered the meatball pizza, which was made with homemade meatballs. I imagined a little Italian grandma in the back hand rolling them, so if that is not the case, I don't even want to know.


We even studied a little history while we were there by visiting the LST 325, the last fully operational  WWII landing ship tank. It's worth a visit and a tour, although there was that one awkward moment when the tour guide asked all the women to come stand by him to see something special to them. He then proceeded to open the door to the laundry facility. Um, no. That's when I wished that I had worn a Rosie the Riveter shirt to rip off my jacket and reveal it, like Superman with his lab coat. 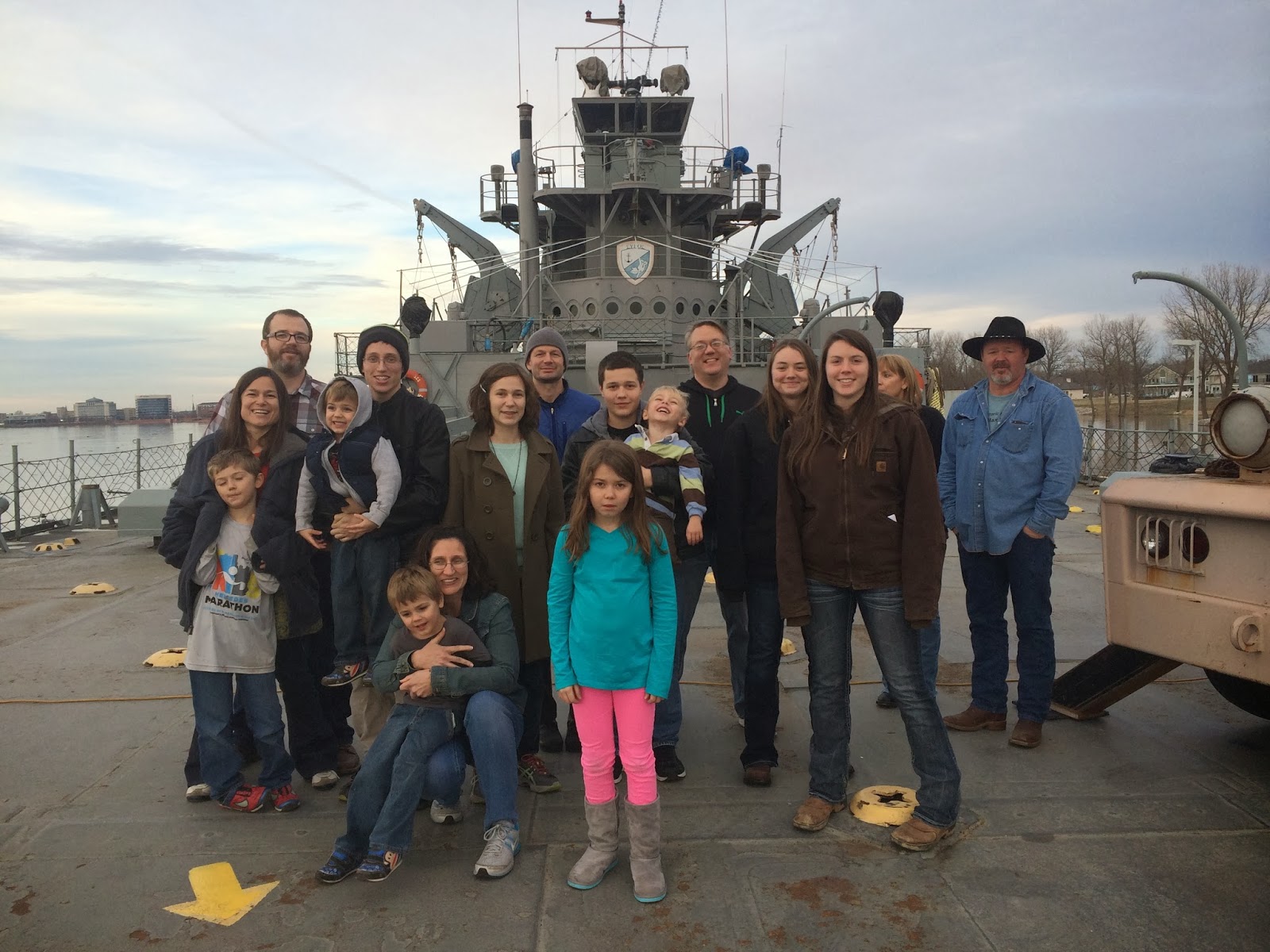 The educational tour was followed by an equally entertaining night of games and watching disgusting youtube videos. Sometimes someone (maybe me, maybe not me) lets out a random, late-night confession that they occasionally watch zit popping videos on youtube for fun. Then that turns into everyone sharing/googling even more of said videos, until you find the worst one ever and decide not to eat cottage cheese ever again. That's what happened when we watched this one. Do not even have food near you if you click that link.


And while we're on gross food, when was the last time you went to Golden Corral? The place where all your grossest food concoction dreams can come true. Made by a four-year-old twin: taco salad shell minus the salad but plus beans, a giant piece of steak, and extra chips.


And in other disappointing food news, what the heck, Taco Bell? Is it just me, or is this the lamest fast-food taco you've ever seen? They were out of lettuce, so instead of making up for it with more of other ingredients, they just gave me an almost-empty taco shell. 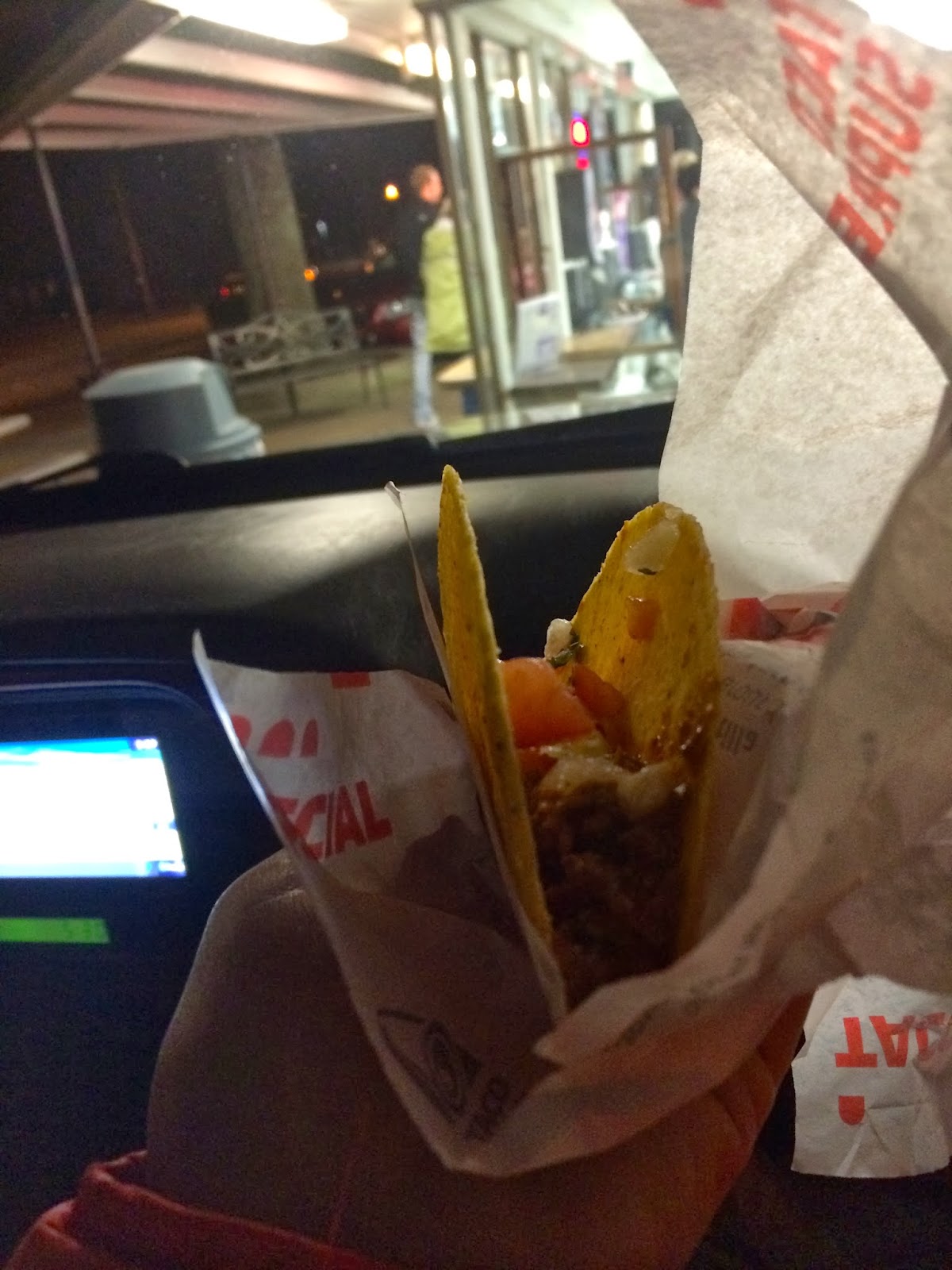 So in summary, yes to local pizza joints, learning about history, running with family, and Kentucky in general. Maybe to zit videos on youtube. No to Taco Bell, Golden Corral, and sexism.

What are your go-to restaurants for when you're on the road?

When was the last time you saw snow? Had a snowball fight? We learned that a snowball fight with a really dirty pile of snow makes you, um, dirty. Bring a change of clothes if you try that at home.

Best thing you've seen lately on a run? Evansville was flooding when we were there, so we saw a lot of interesting things floating in the river. I kept expecting a body any minute (too much 48 Hours on the brain).

What was the last youtube video watching streak that sucked you in?

*Check out the Road Runner Sports gift card charity raffle HERE if you haven't already!
Posted by Yo Momma Runs at 2:24 AM