Sochi, I hope you rock the Olympics

It only took one little bazillion dollar opening ceremony for my to fall in love with the Sochi Olympics.


I had to sit down and write this post immediately after watching those opening ceremonies because I cannot believe that is the same place that I lived for four months back in 1999. Then I started looking back through my pictures and never finished this post because I was too busy blowing dust off of boxes as I pulled them out of their dark, usually untouched corner of the storage room.

When I was in Sochi, it was a quaint little beach town with a small train station, an unalarming number of stray dogs, some outdoor gardens for entertainment, an uncrowded beach, and matching uncrowded streets. What I remember most is the people there. They were your small-town, vacation-town folks. You know the kind, right? Think really laid back Floridians. These people were creative and fun and happy. But this was one of the first places I lived in Russia, so there is a possibility that I never really understood them, because of my shoddy Russian skills at the time, enough to know if they were unhappy. But they felt happy, and I usually put a high amount of trust in my feelings so I'll stick with that assessment.


Even though this is a beach town, it is obvious to me why they were able to host the winter Olympics. Just look at those mountains! These pics were taken in the summer, so they were a long way from snow then. There is obviously an amazing range of elevation in the area with those mountains not far (we took an hour-long bus ride from Sochi to the mountains) from the beach.

And while I was looking back, I found some more pictures from when I lived in Moscow, and once you post one set of 15-year-old pictures, it's hard to stop yourself from posting more.

This was right in the middle of the Spice Girls era, so the shoes. I'm actually the same height as that girl in non-platform-shoe life. 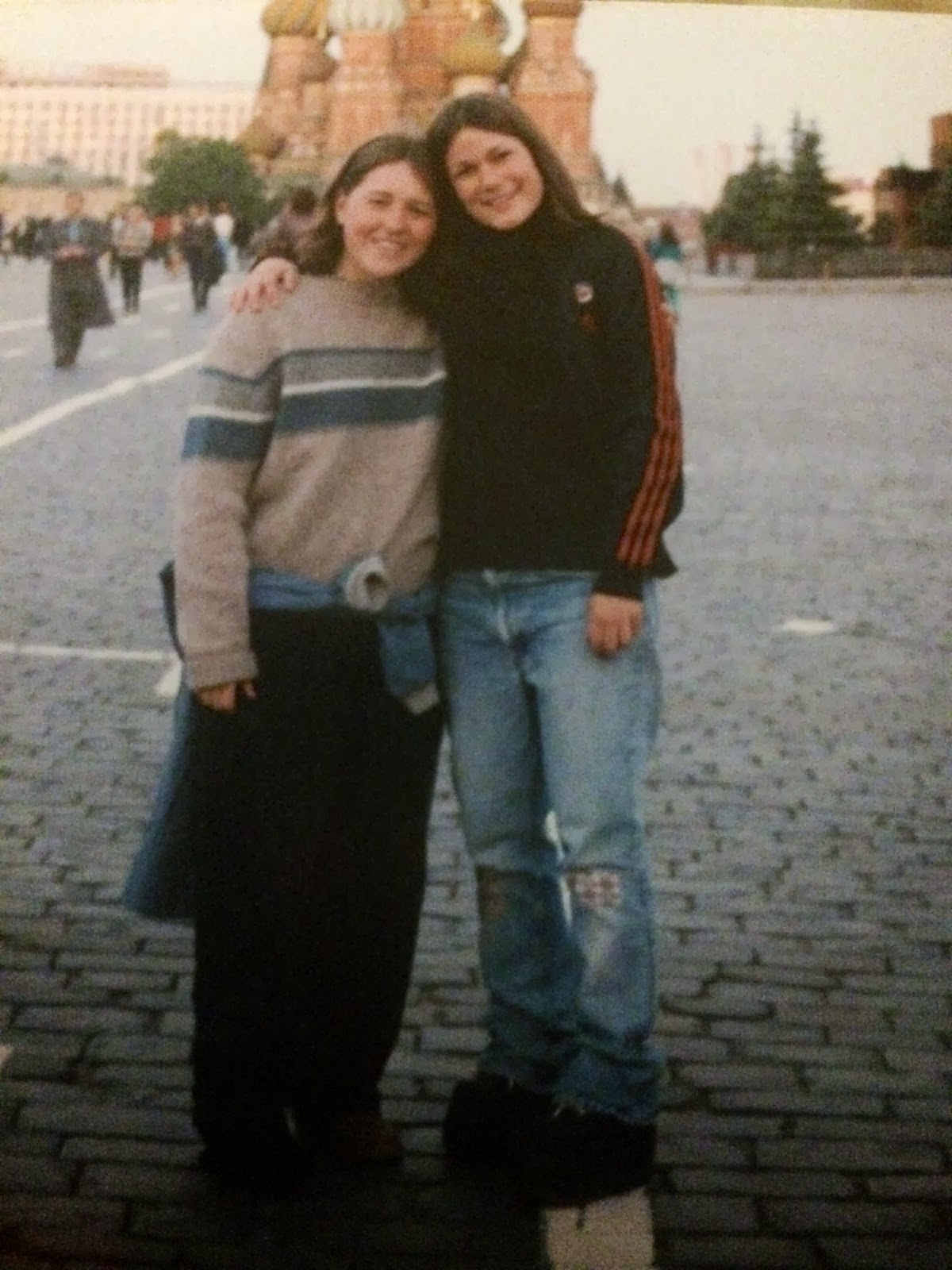 More in Red Square. What was I looking at over there? 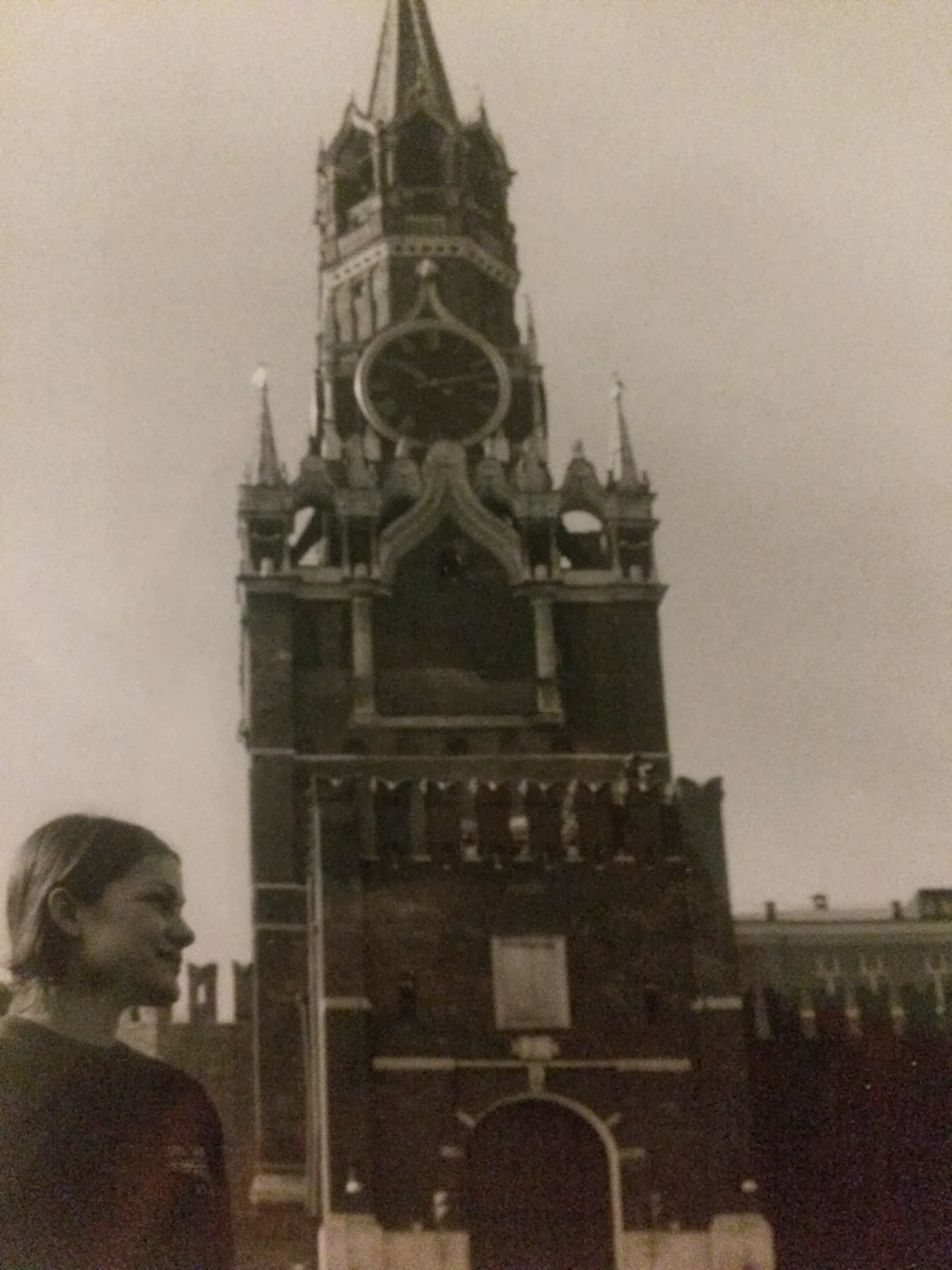 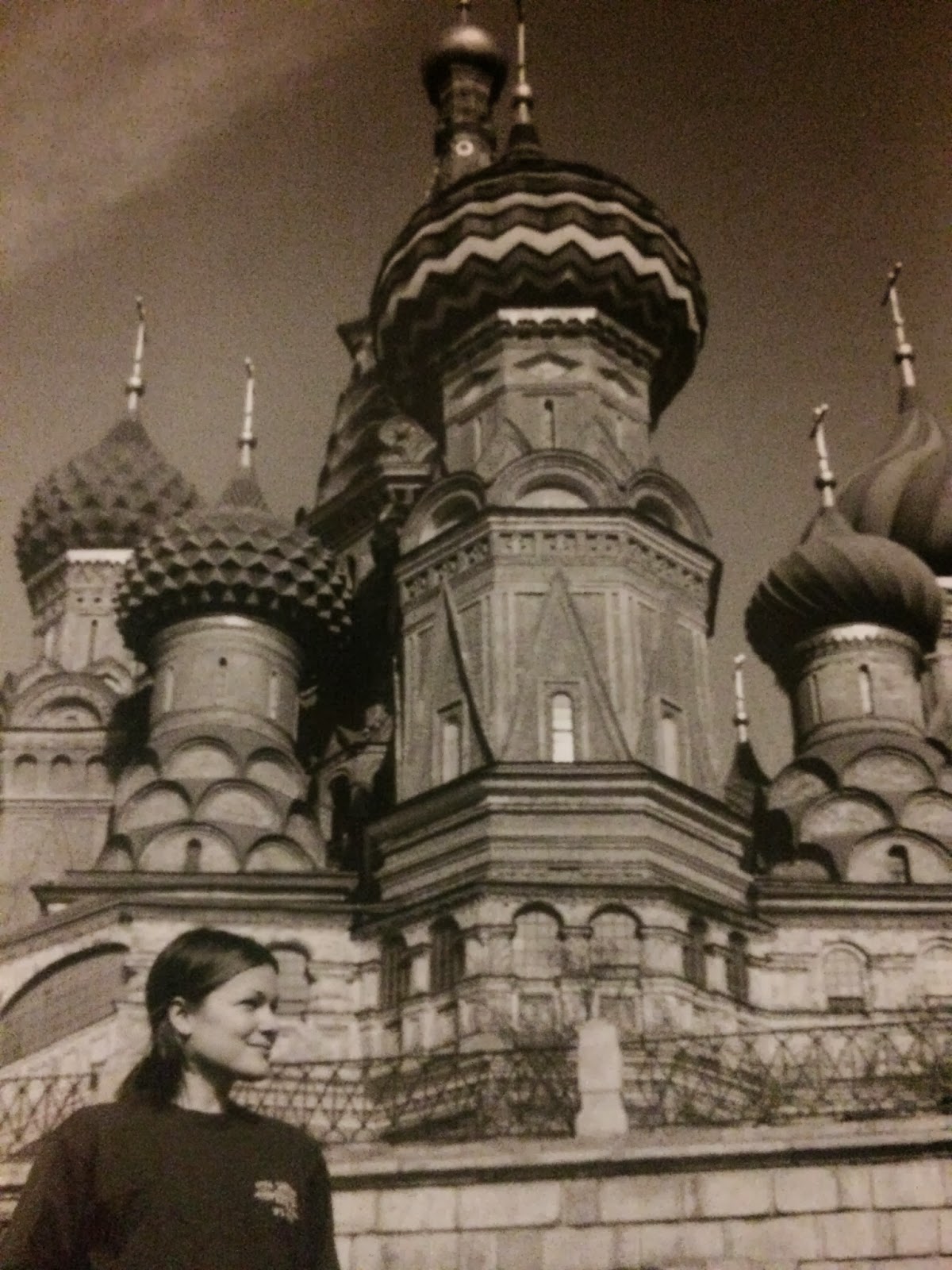 My favorite part of living in Moscow was living with a generous host family. Here are some pictures of us working at their dacha, a cabin in the country where you can have a garden.


My little brother (that's what I still call my host family's son) is now an adult living in the United States. Fifteen years makes a huge difference.

Now that my reminiscing is done, I will say that I was nervous after the first technical failure of the opening ceremonies, especially after reading article after article about how crappy the facilities were in Sochi. But it took me about two minutes of their amazingly choreographed history of Russia to forget about that first mishap. I was entranced by the ballet version of War and Peace and every other part. 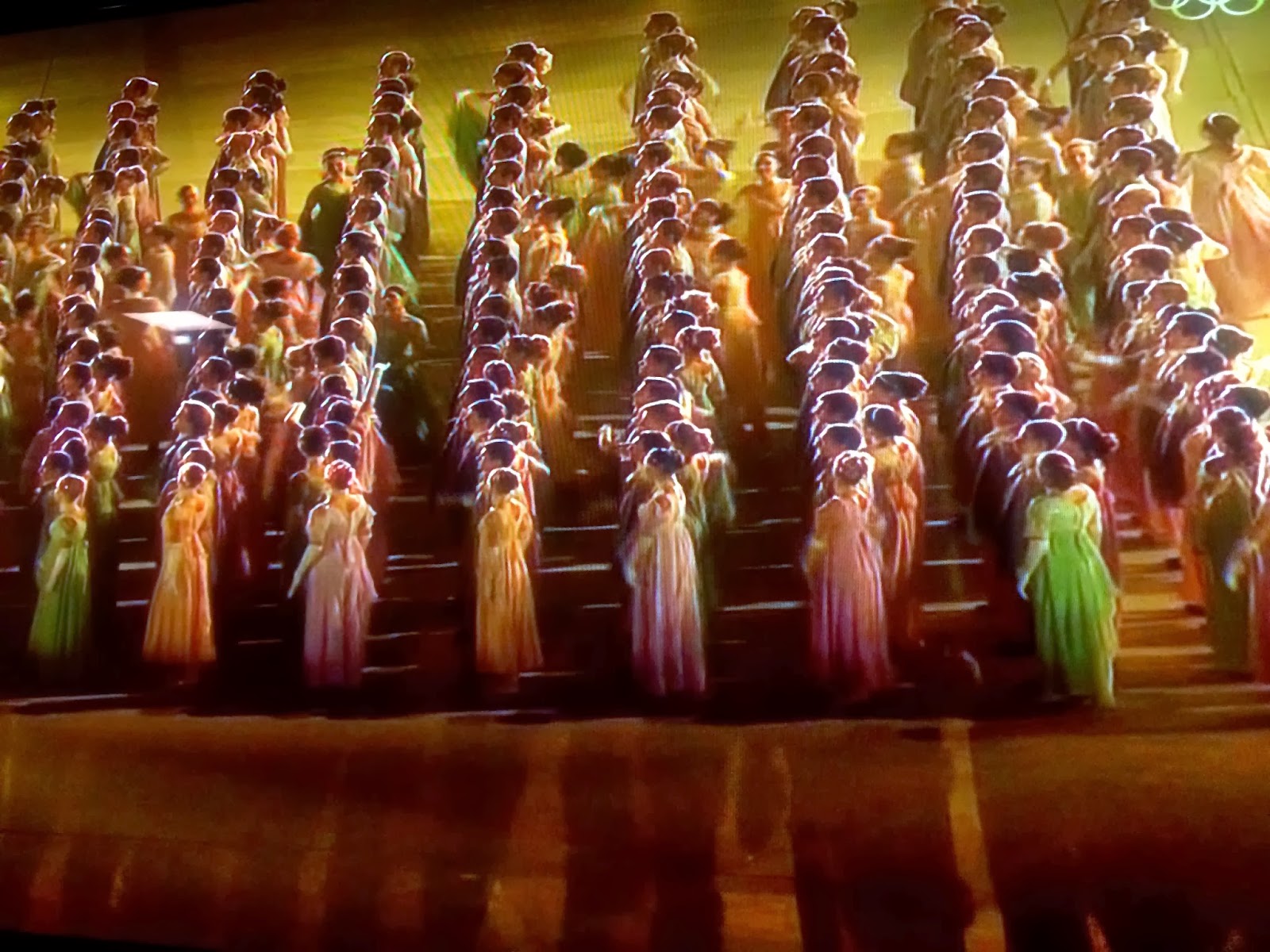 And here's my synopsis: who cares if a few things mess up along the way? So they spent a bajillion dollars (numbers not exact) on winter Olympics in a beach town. My fingers are crossed that they are able to continue to use this infrastructure for many years to come to draw people to Russia. Also, yes, Russia has plenty of political issues, but that doesn't mean that 144 million people living there are the political problem. Basically, what I'm saying is, I love the Russian people. Some individually, but also as a whole. I respect their history and their journey, and I hope for the best for them. I enthusiastically want the Sochi Olympics to be a win for them.

So as I continue to watch the Olympics, of course I'll be cheering for my home team, but I'll also be rooting for Russia, and not just in the medal-sense.

But one last thing, from a runner's perspective why did they pair the tiny lady with the giant man for the torch running, other than for reasons such as they've done amazing things in their life? Like an episode of Toddlers and Tiaras, that unmatched stride was uncomfortable to watch. 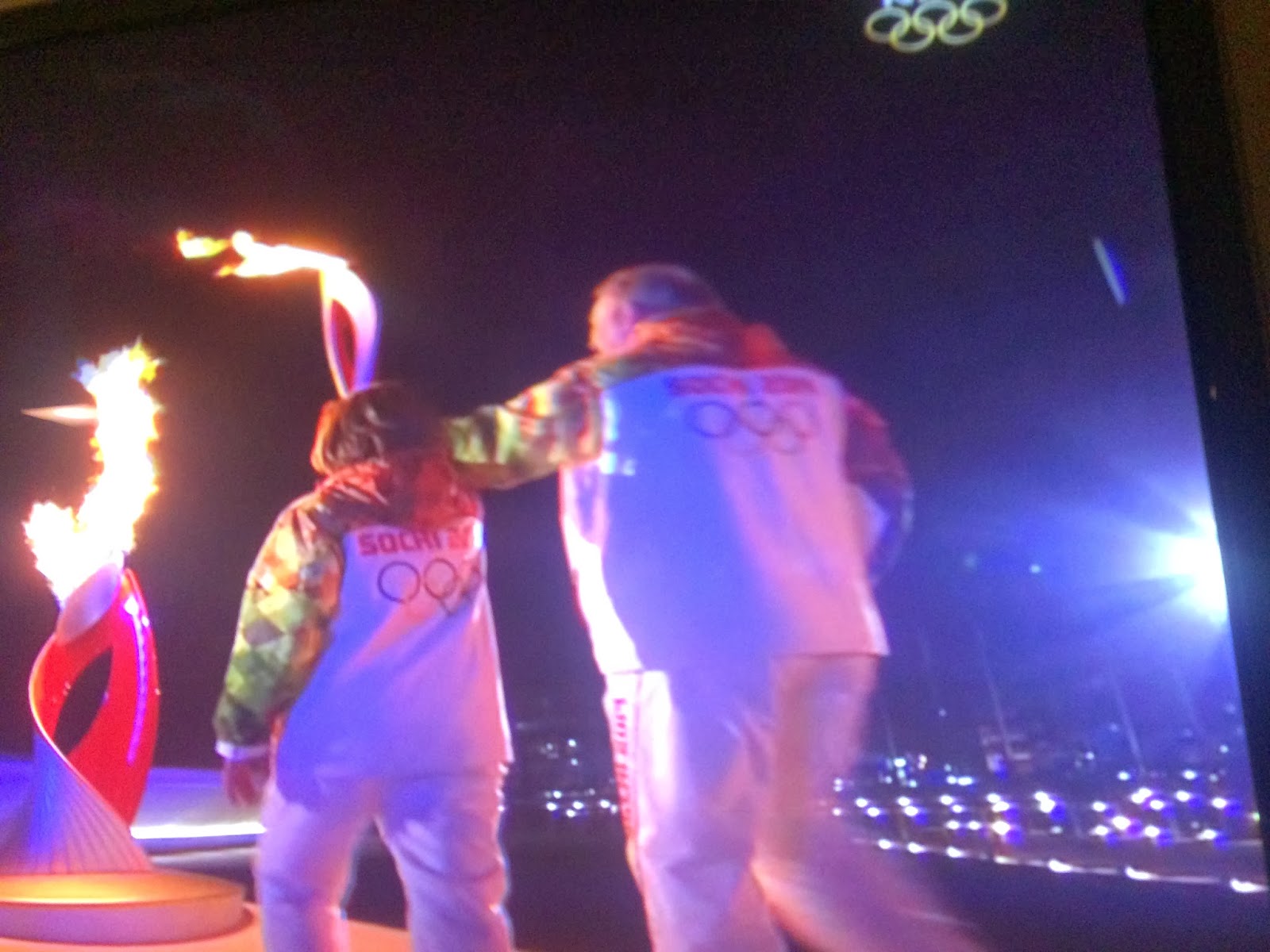 And congrats to Lindsay (entry #275), who won the Yak Pak giveaway. I've already messaged her directly. For all of you fellow bloggers out there who haven't tried Rafflecopter yet, do it! It made this my easiest-to-host giveaway ever. Sometimes I'm an old fart and don't want to try new things (remember when my husband tried to upgrade my phone for Christmas -- turns out that was actually a great idea too), but take it from this change-curmudgeon that this is worth it.

Have you ever attended an Olympic event? I lived in Utah when the winter games were there, and we saw some hockey because it was hosted near us. Looking back, I should have gone to more! But I was a poor student at the time and didn't realize how dumb it was to not make the sacrifice to go to more.

How many hours have you spent absorbed in the Olympics so far? No comment.