About to be breakin' in this Boston jacket

First, if you haven't heard the story of how I met my coach, it's featured on the Resolute Running site today in a segment called Thank You Thursday. It still amazes me that out of the 30K people at the Nashville RNR, I somehow met the person who would be my future coach.

Second, there's finally a Boston jacket I can stand behind. It just popped up recently on the Adidas site, maybe as an apology for that cruddy official race jacket. Fingers crossed that it's as cool in person as it looks in the pictures. Just ordered it last night, so I'll give you the rundown when it arrives. When I look at it in the online pics, I see myself breakdancing in it, which is a win. 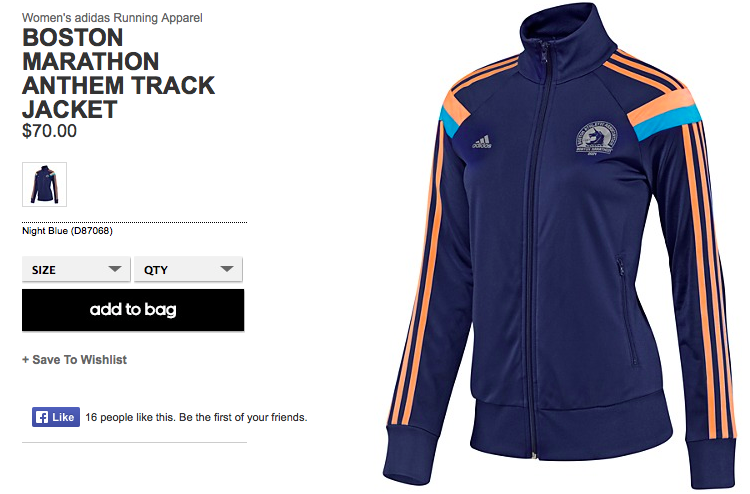 I sent the previous (the official) one back because of the crooked printing on the back. Can you see that it's off in the pic below? It's closer to the left seam than the right. Not a huge deal, but for the amount of money they charge for these jackets, they should be able to get the printing centered. If it was a $5 thrift store jacket, I would totally live with it. 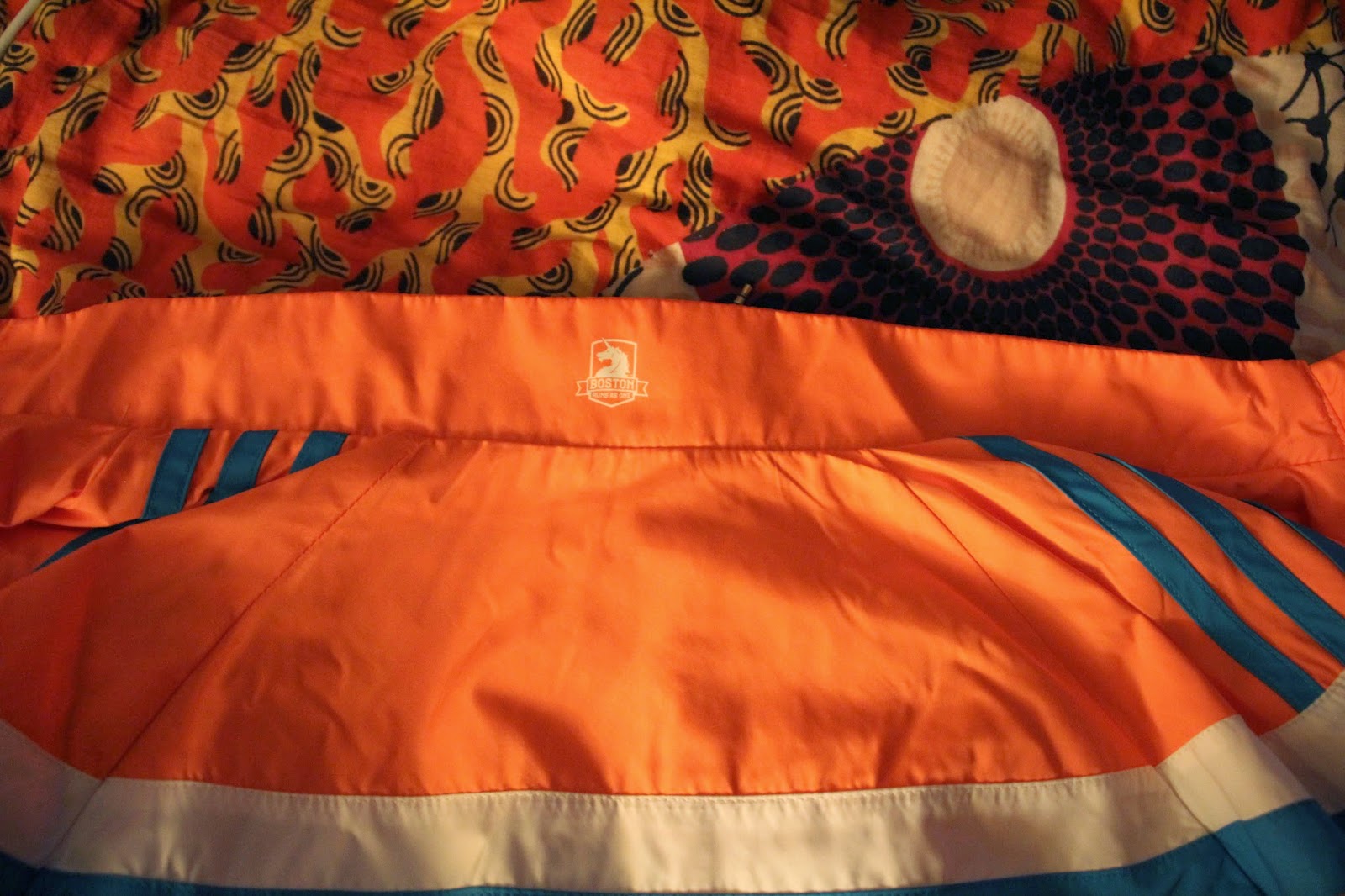 I still liked the embroidery on the back and the colors, but I'm going to wait to see if I can get one that isn't crooked at the expo. I really think that I'll wear the other blue track jacket every day of my life, and I would wear this one when I need to be seen on the streets (i.e. while dawn running). 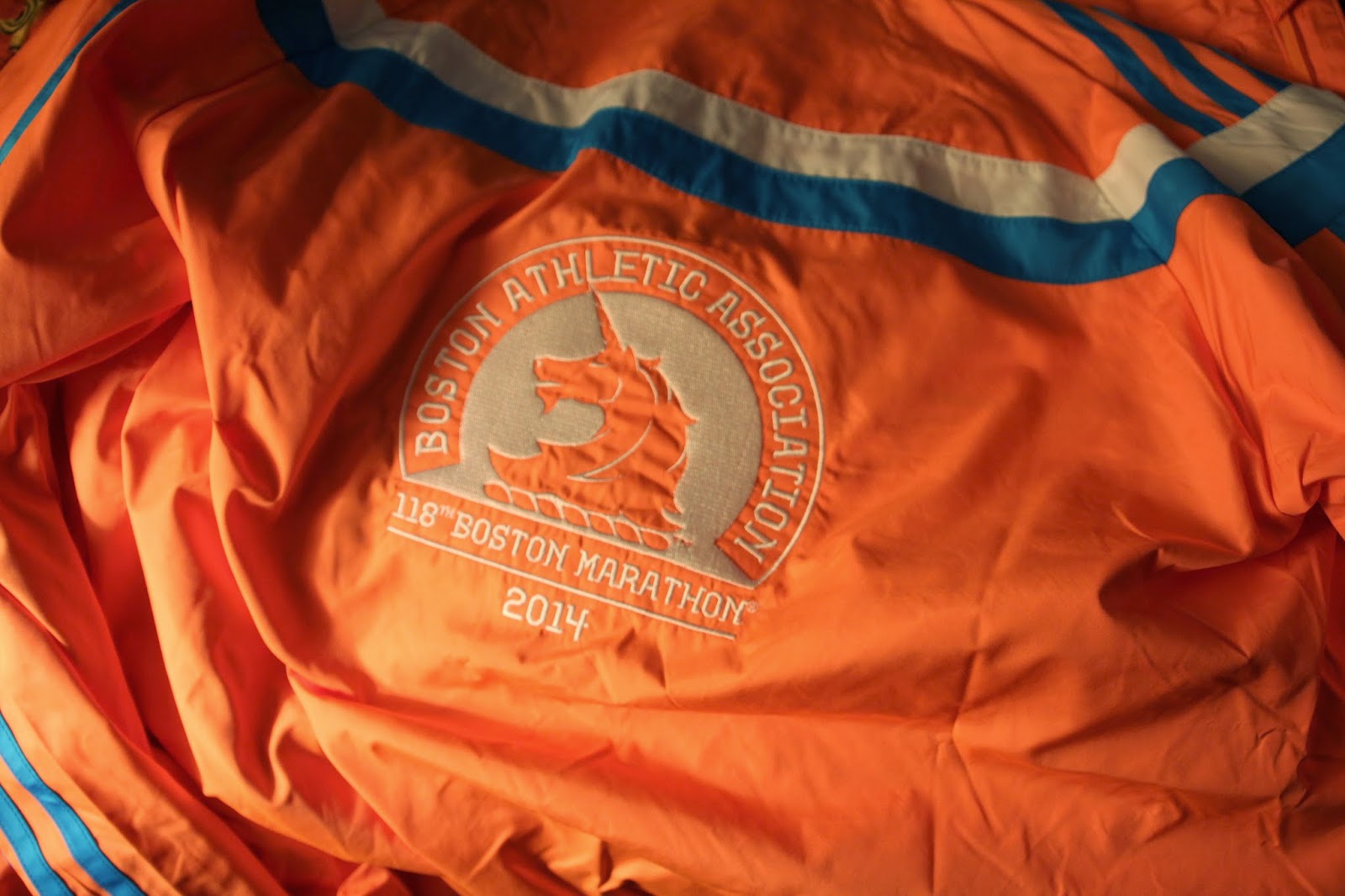 Speaking of the dawn, did I tell you guys that I started teaching a new class at the gym? Dawn Patrol on Mondays at 6. With me not being a morning person and all, this was yet another paradigm shift that running has created in my life. The first one was early morning Saturday runs. 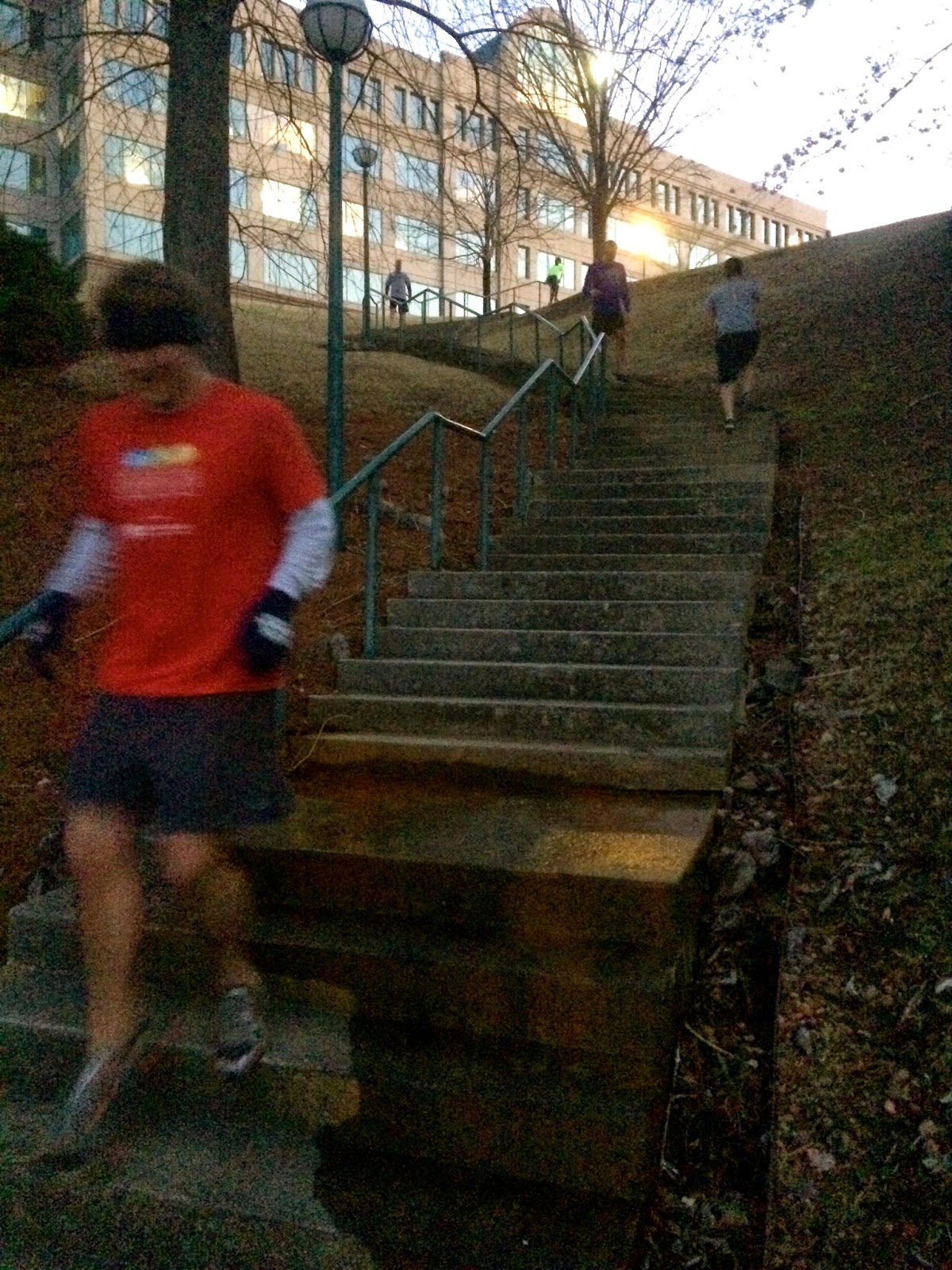 The class format is running meets boot camp. We'll be using these stairs A LOT. When I first saw them right beside the path we use for our class, there might have been a light shining down from heaven upon them and a choir of angels singing hosanna. Yes, I was excited about the torture potential of these steps. If you live in the area, the class is free, so come join us. We meet at the front doors of Life Time, and we leave at exactly 6 on my watch. The class is only 45 minutes, so we have to squeeze in every little bit of work we can before we hit the road to start our day.

This week we did a hill workout, and we had some random guests show up. Not the people, the horses. 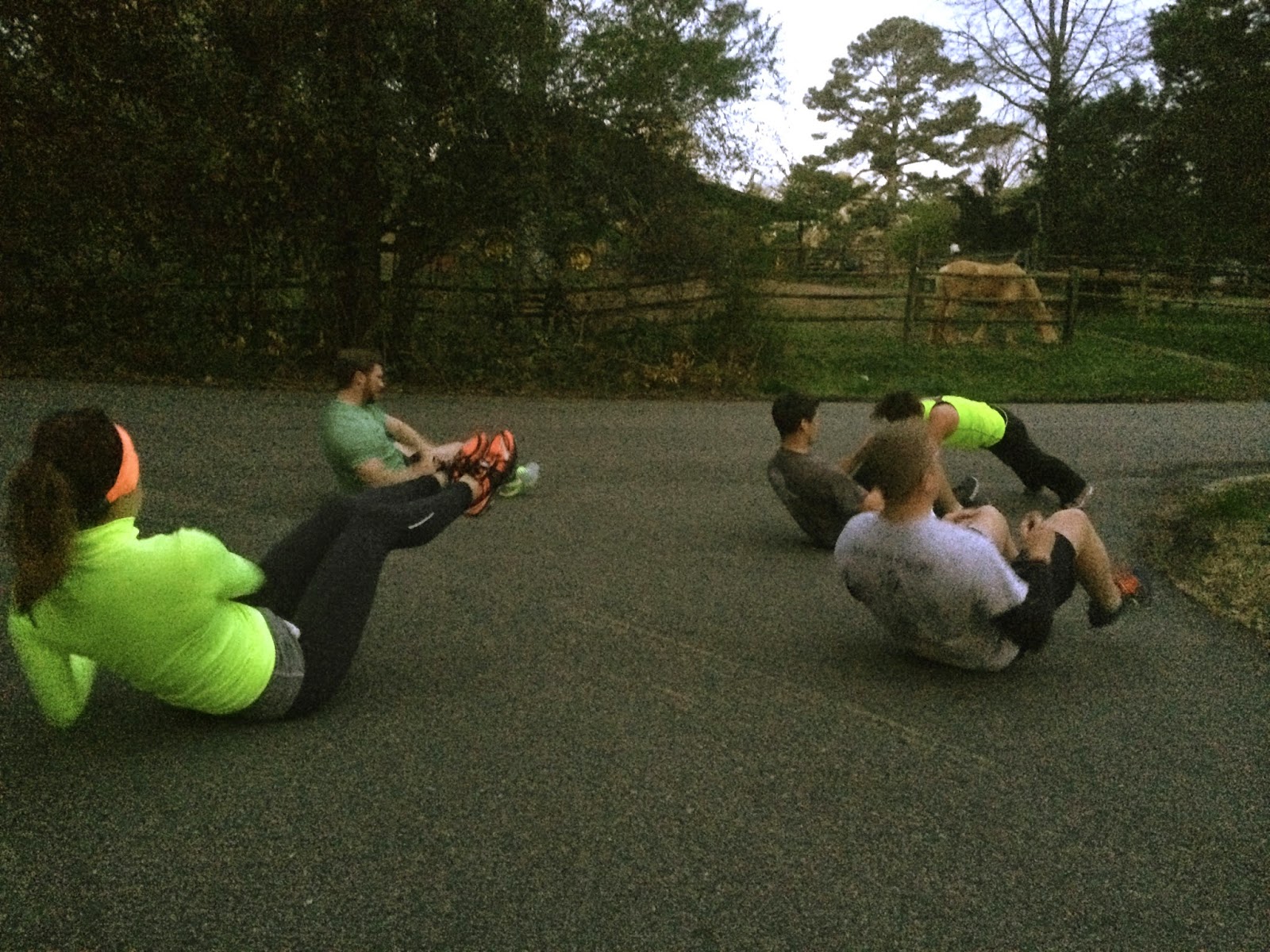 What's your favorite class at your gym (or in general)? What makes it your fave?

Do you run stairs regularly? Once I did it for an hour (on a set of stairs at the gym, not on a stair machine) in place of an actual run because running in a straight line hurt my hip but running up and down stairs didn't. A more boring hour could not exist. No offense, stairs, but you are best when mixed with other exercise.

Have you ever tried breakdancing? I was really determined to study it at one point after an inspired viewing of Breakin'. I got as far as collecting and spreading out a giant mat of cardboard on my living room floor. Turns out that breakdancing is really hard, and I quit about five seconds in.
Posted by Unknown at 10:38 PM