With all of the hoopla (can I change it to tut-la?) surrounding SELF's tutu bashing, I thought it would be appropriate to finally get around to blogging about that time I wore a tutu to a race. If you are just now getting on this SELF stinks train, here's a synopsis. SELF asks girl if they can publish a picture of her wearing a tutu. Girl excitedly says yes! When the magazine is printed it reads, “A racing tutu epidemic has struck NYC’s Central Park, and it’s all because people think these froufrou skirts make you run faster. Now, if you told us they made people run from you faster, maybe we would believe it.” Ouch. And to top it off, the girl pictured makes those tutus to sell to raise money for Girls on the Run, and she was undergoing chemo for brain cancer at the time of that race. Wow, let us all watch as SELF tries to back peddle on this one.

Am I a frequent tutu wearer? No. This was my first time wearing one to a race, although I love running skirts in general, which aren't too far removed from a tutu.

For the Rumpshaker 5K, my friend Melissa had the idea for us to all get together with the our local trail society, BUTS, and dress in tutus and BUTS shirts. And raise a load of cash for cancer research!

The irony of the tutu wearing in this pic is that the girls wearing the "froufrou skirts" are some of the toughest girls I know. A couple of them probably eat nails for breakfast. Not confirmed at time of publishing.

They can look sweet and all in a tutu. 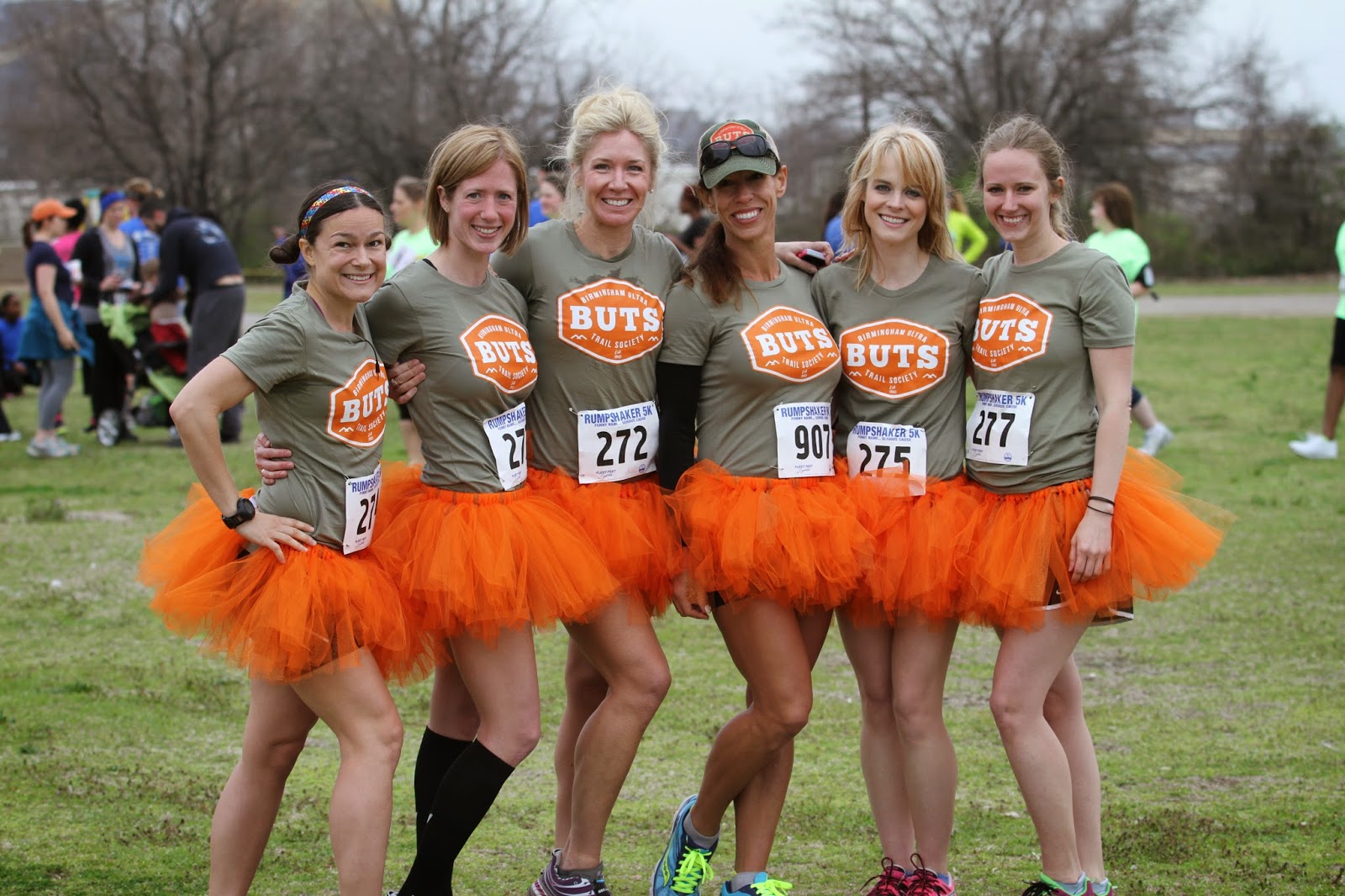 But underneath that tutu, they're just a bunch of sweaty animals. 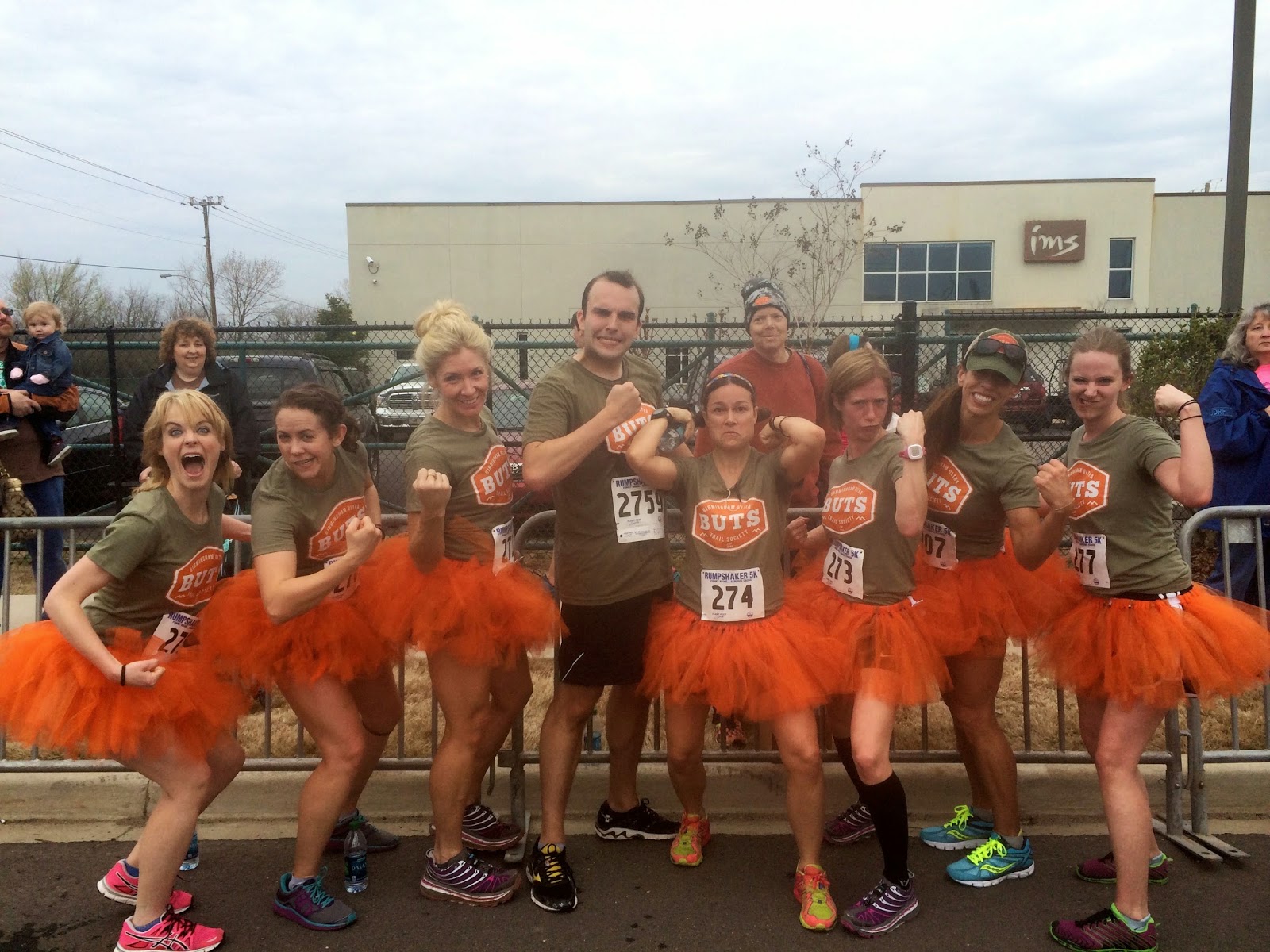 And we weren't the only ones dressed up for this race. 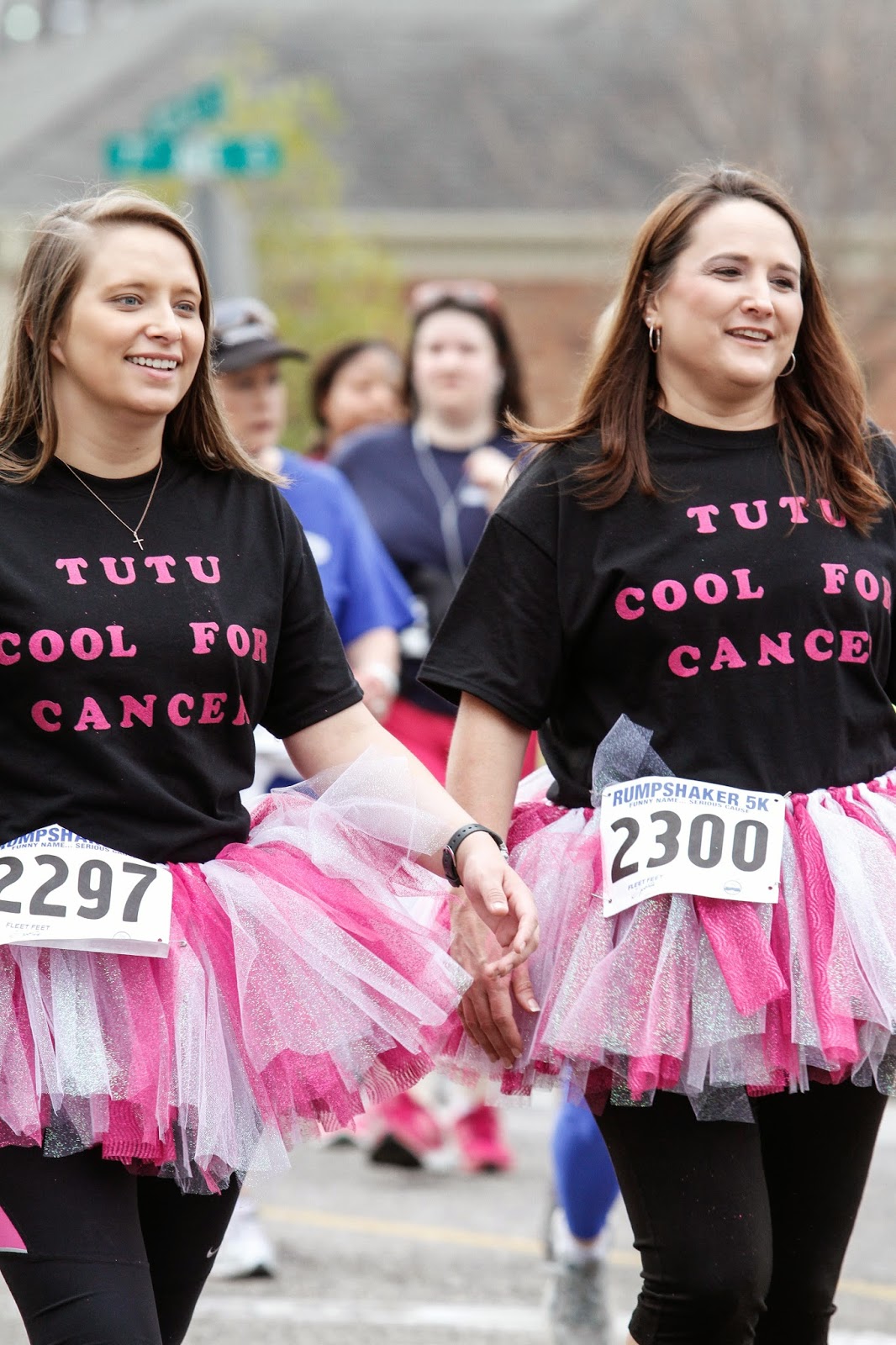 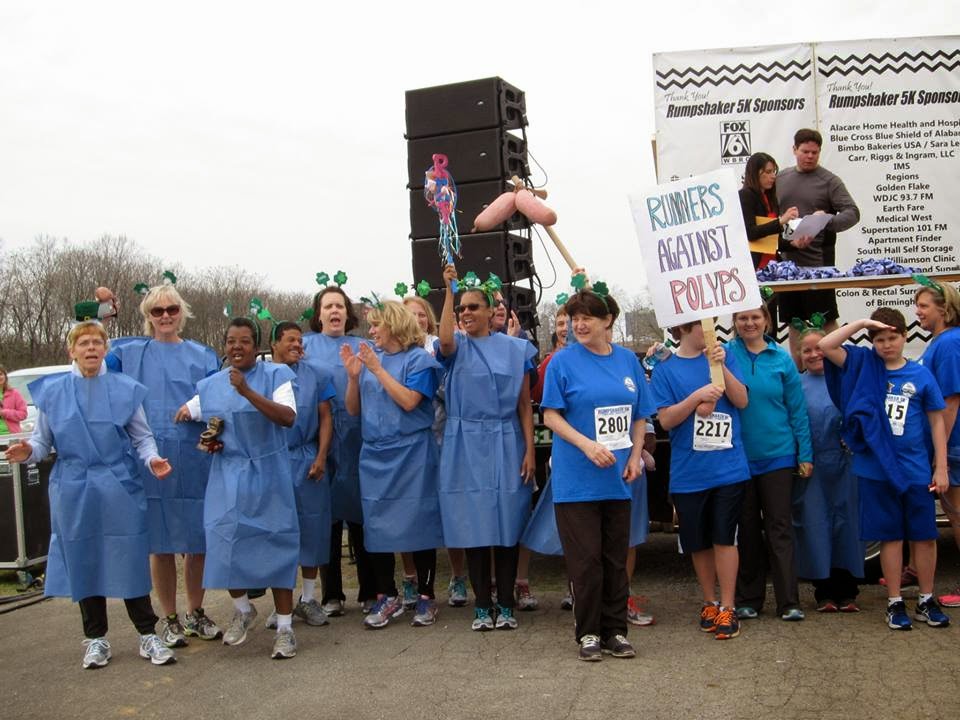 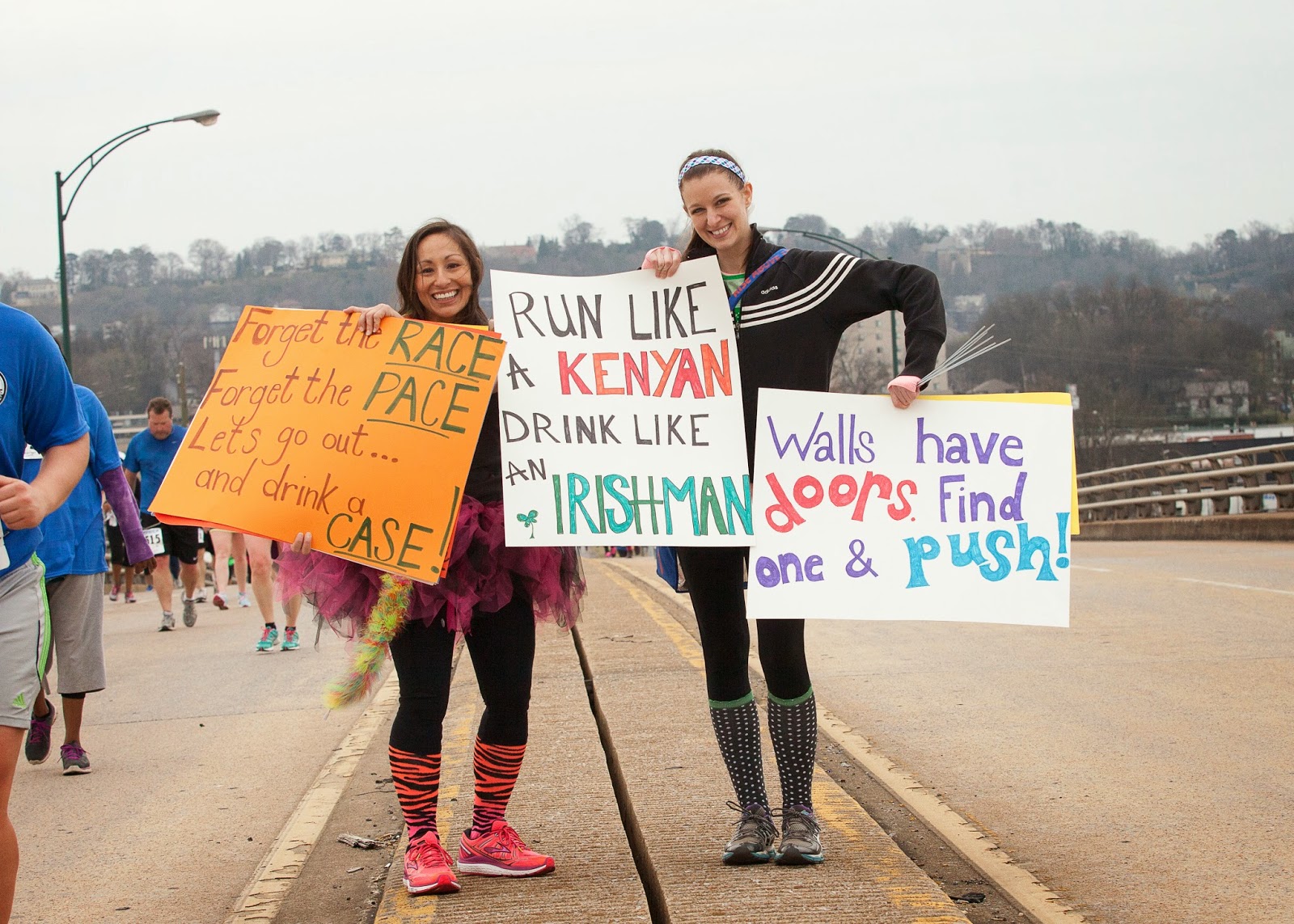 Even though this race doesn't provide obstacles and colored cornstarch, it's high on fun.

Exhibit A: the trophies. 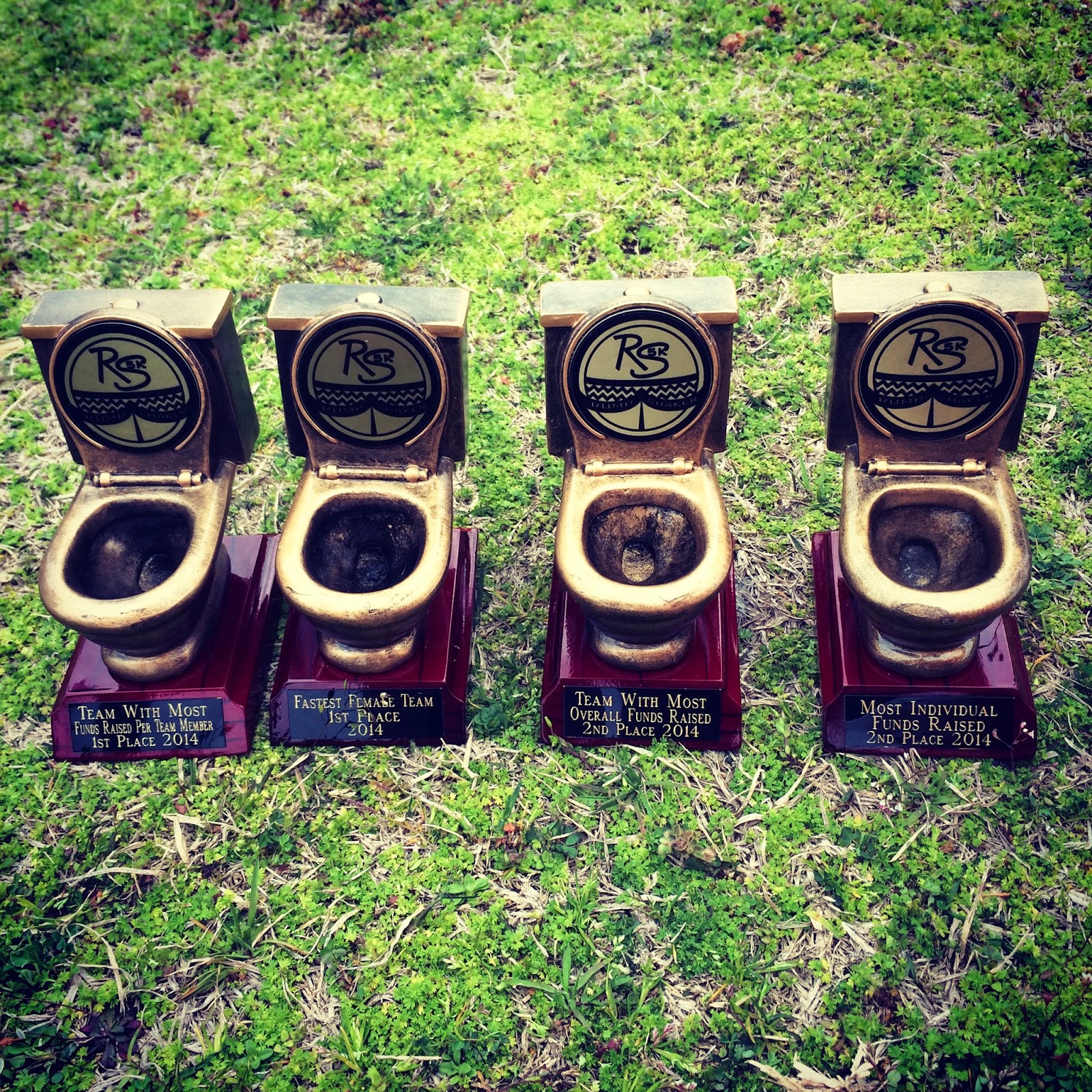 Exhibit B: the photo booths/props. 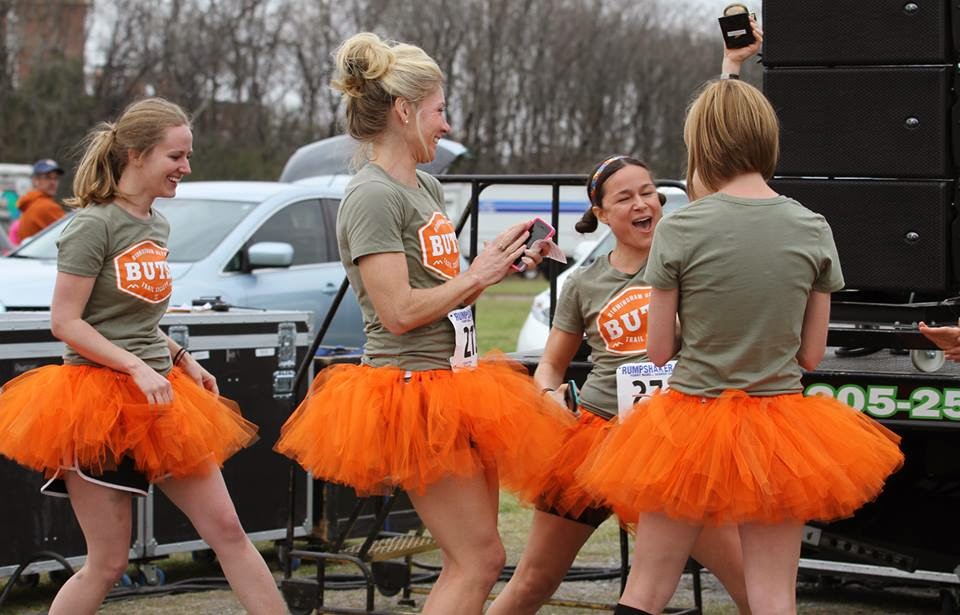 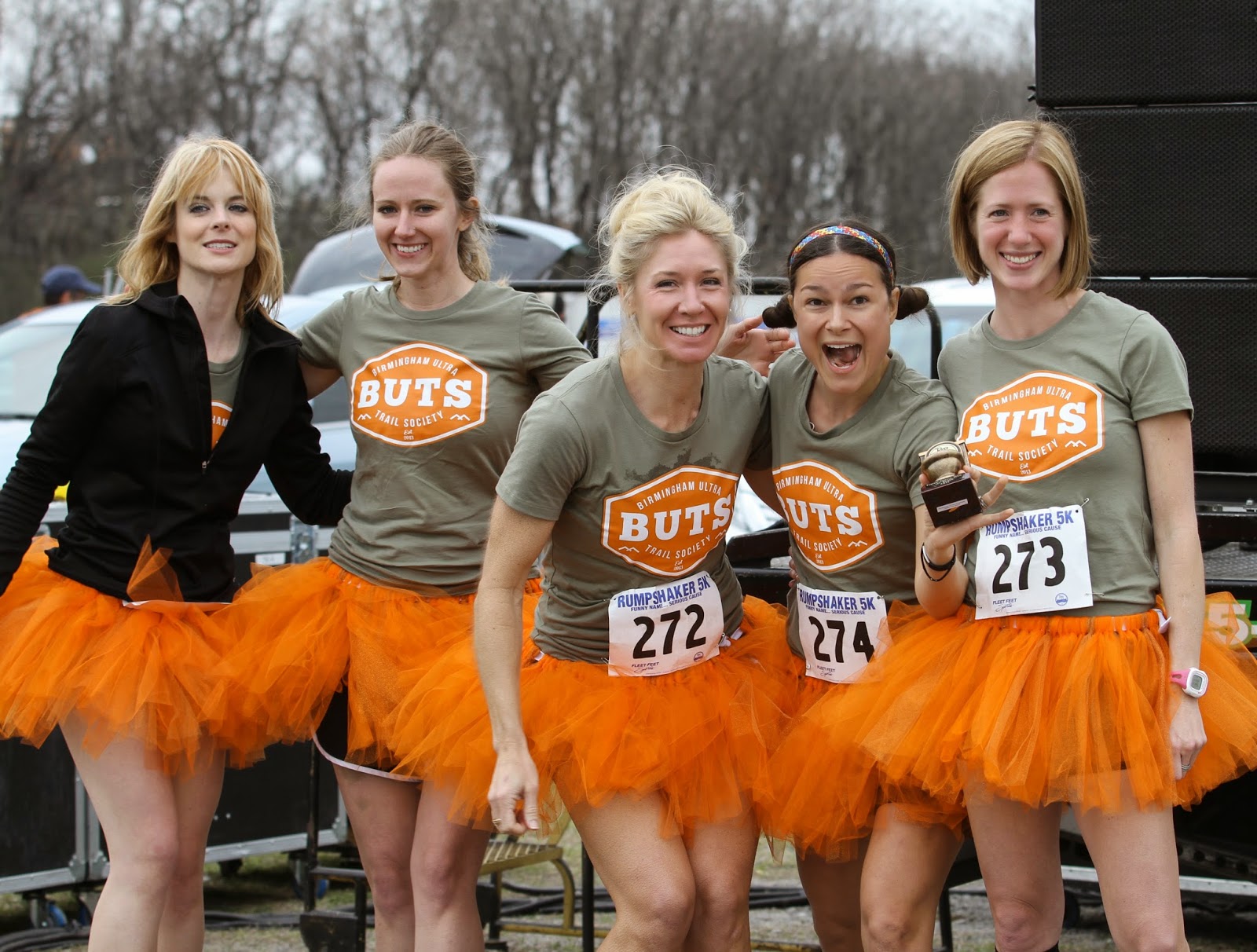 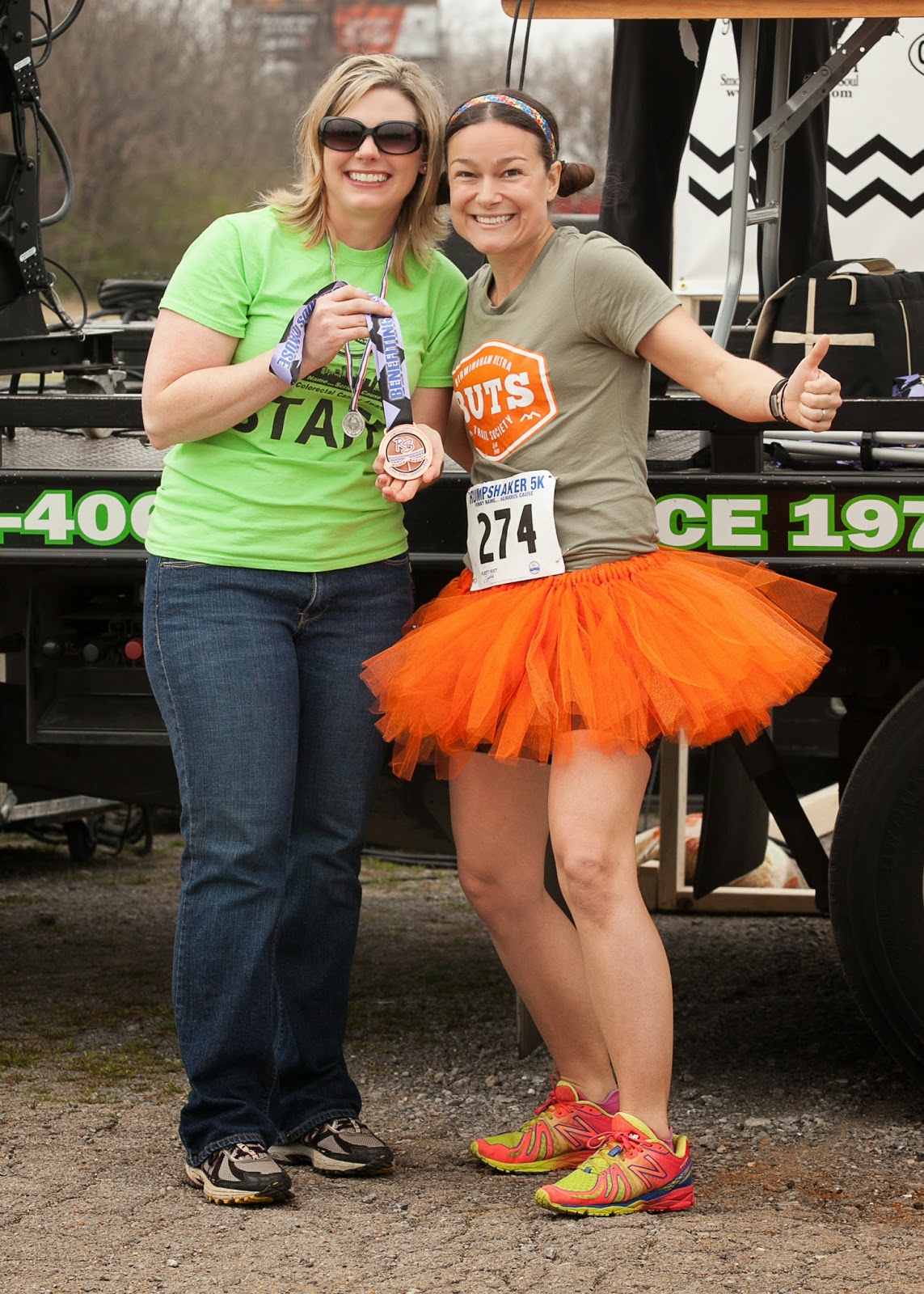 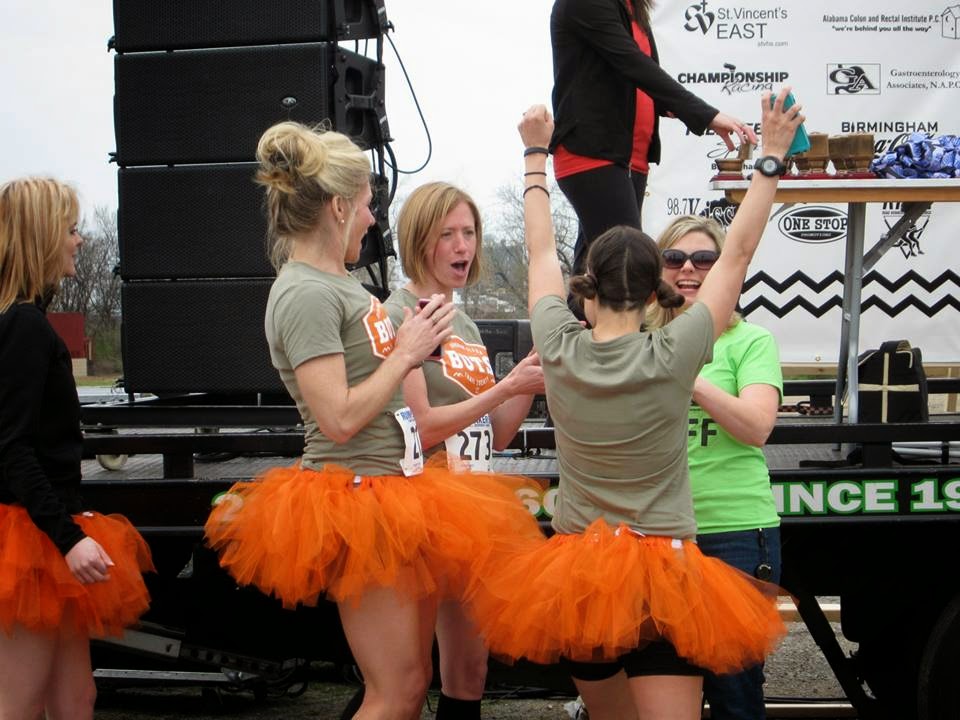 Even the boys joined in on the fun minus the tutus, although they aren't above that like some people, ahem SELF ahem. 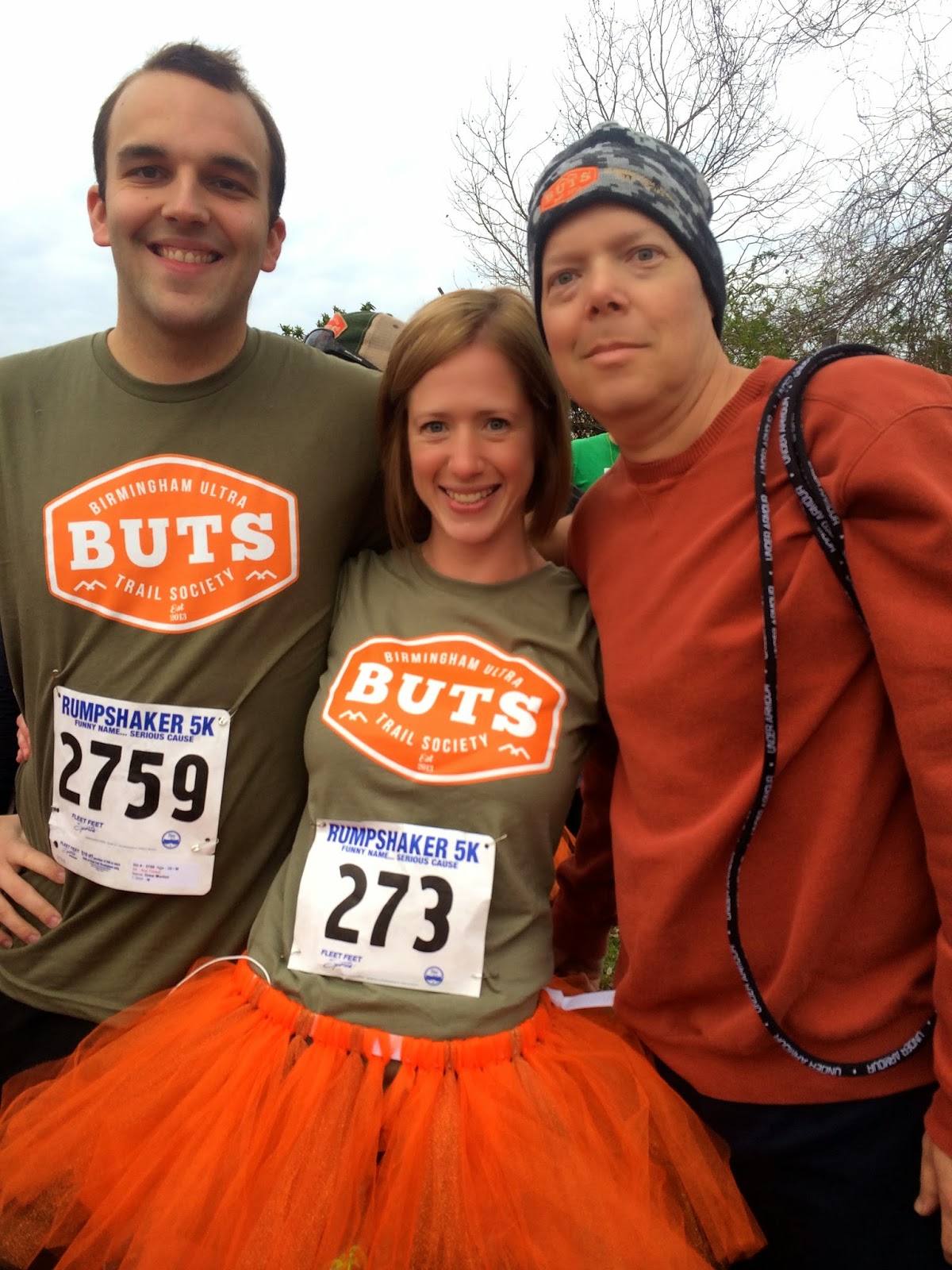 And if you're looking at this to figure out if you should run Rumpshaker to try and nab that PR, go for it. The course is flat except for the bridge which you will get going and coming. Otherwise it's pancake flat.

Some people had a hard time breathing and staying conscious on the bridge portion (points to self).


I didn't get a PR, but I still felt great about my time considering how heavy my legs felt. 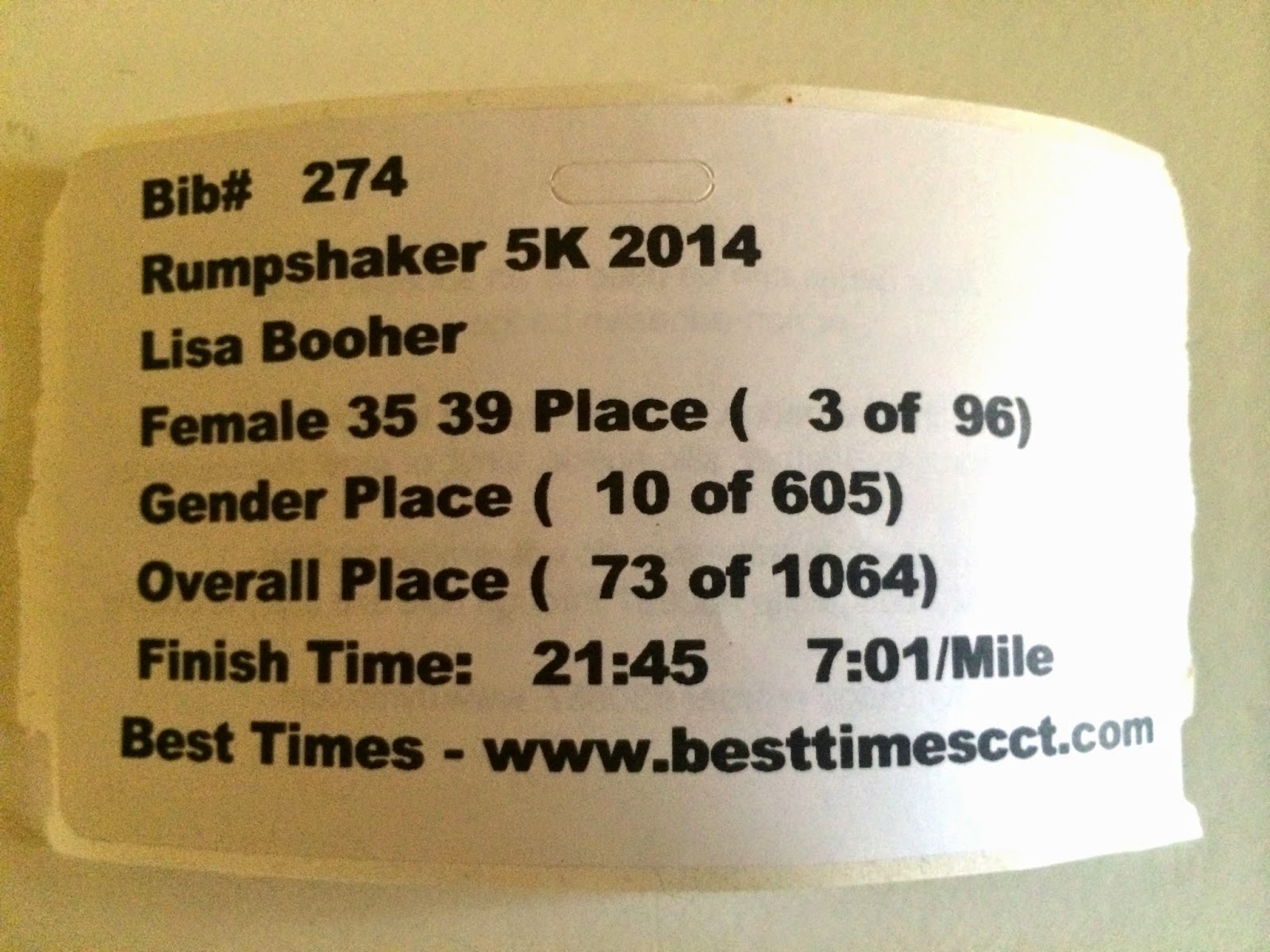 Would you ever wear a tutu?

Do you care? Are you over it?

I was not quite over the freedom of tutu expression because we decided to show those tutu naysayers who's boss by wearing them at my Life Time run last night. 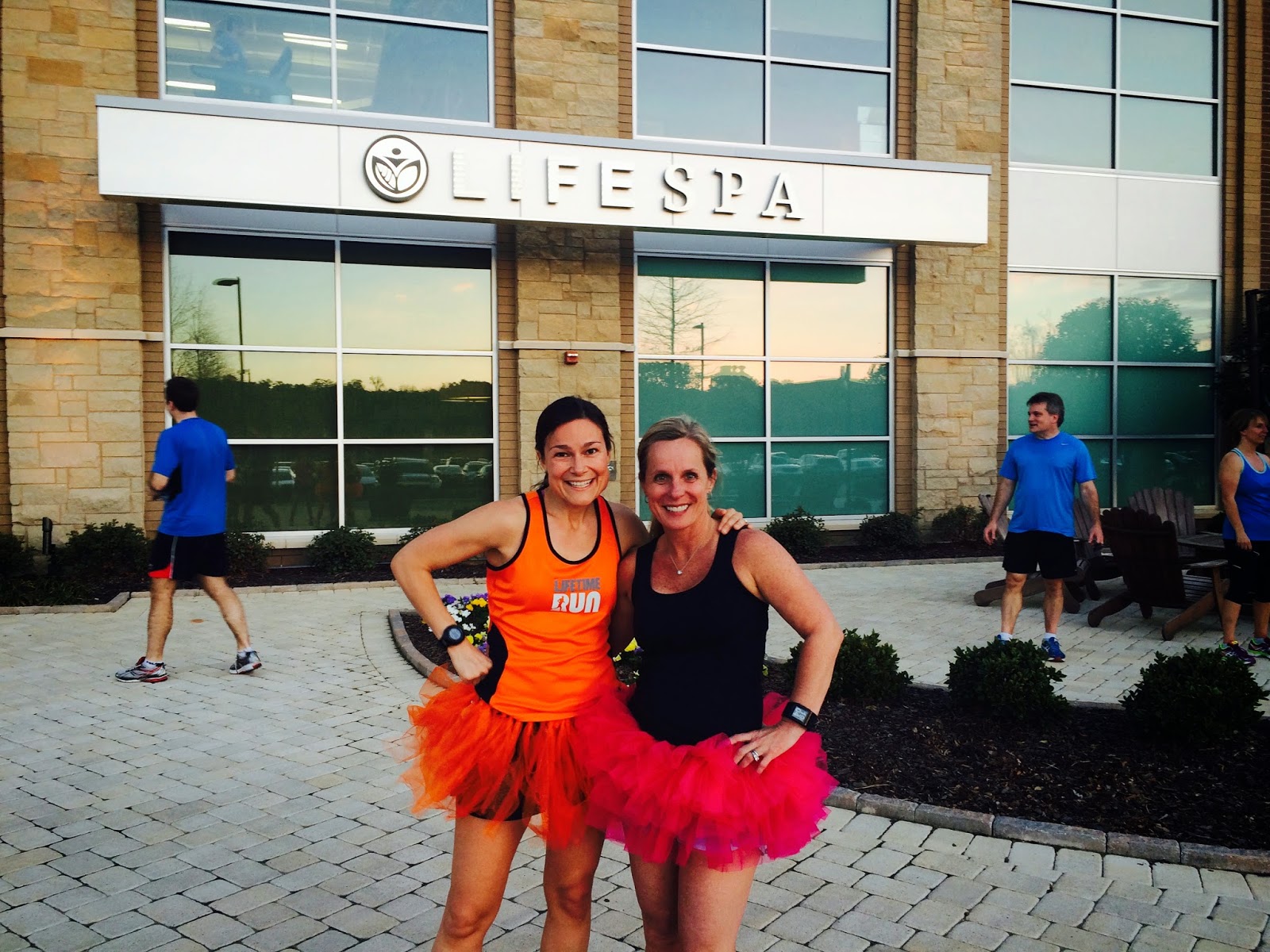 It's my party, and I'll wear a tutu if I want to (but most likely I won't because they aren't as comfortable as pajamas, which I wore to the last party I went to).
Posted by Yo Momma Runs at 5:47 PM