Rounding out the running schedule and the "lazy" sports

After the Run for Kids 51.87-mile run, I was completely wiped, of energy and desire to run. Does that ever happen to you, when you push so hard that you just don't want to push for a few weeks afterwards? But my first speed work back was magical because the whole time I was focused on how short this pain would be versus 12 hours on the trail. Only 40 minutes?! I can definitely hang with that.

Along with my running revival, I've also made it to a few miscellaneous classes, like spin and strength training and yoga, which have made me feel more rounded instead of the the never-ending Great Wall of running. 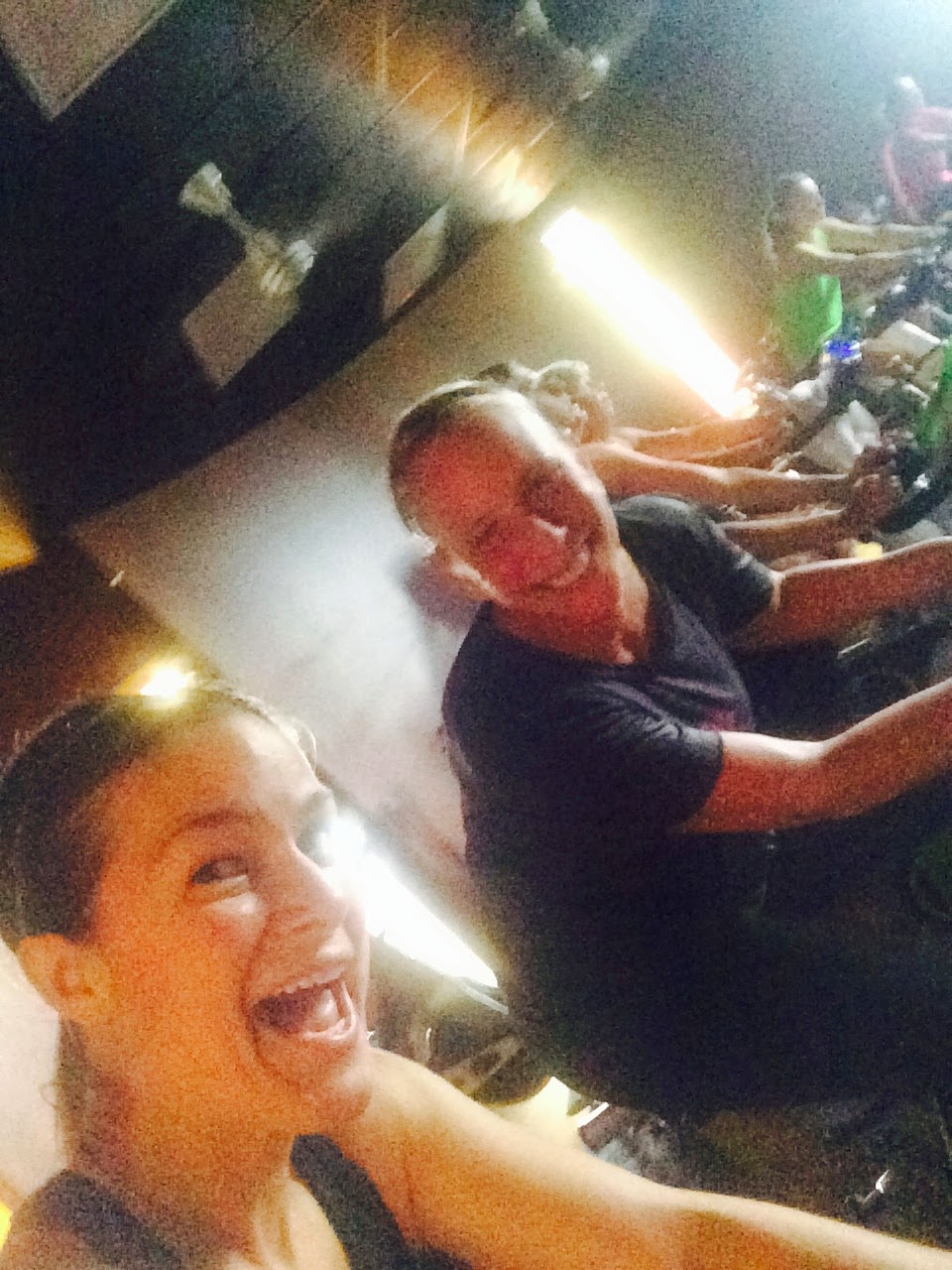 My Monday morning class helps with the rounding. 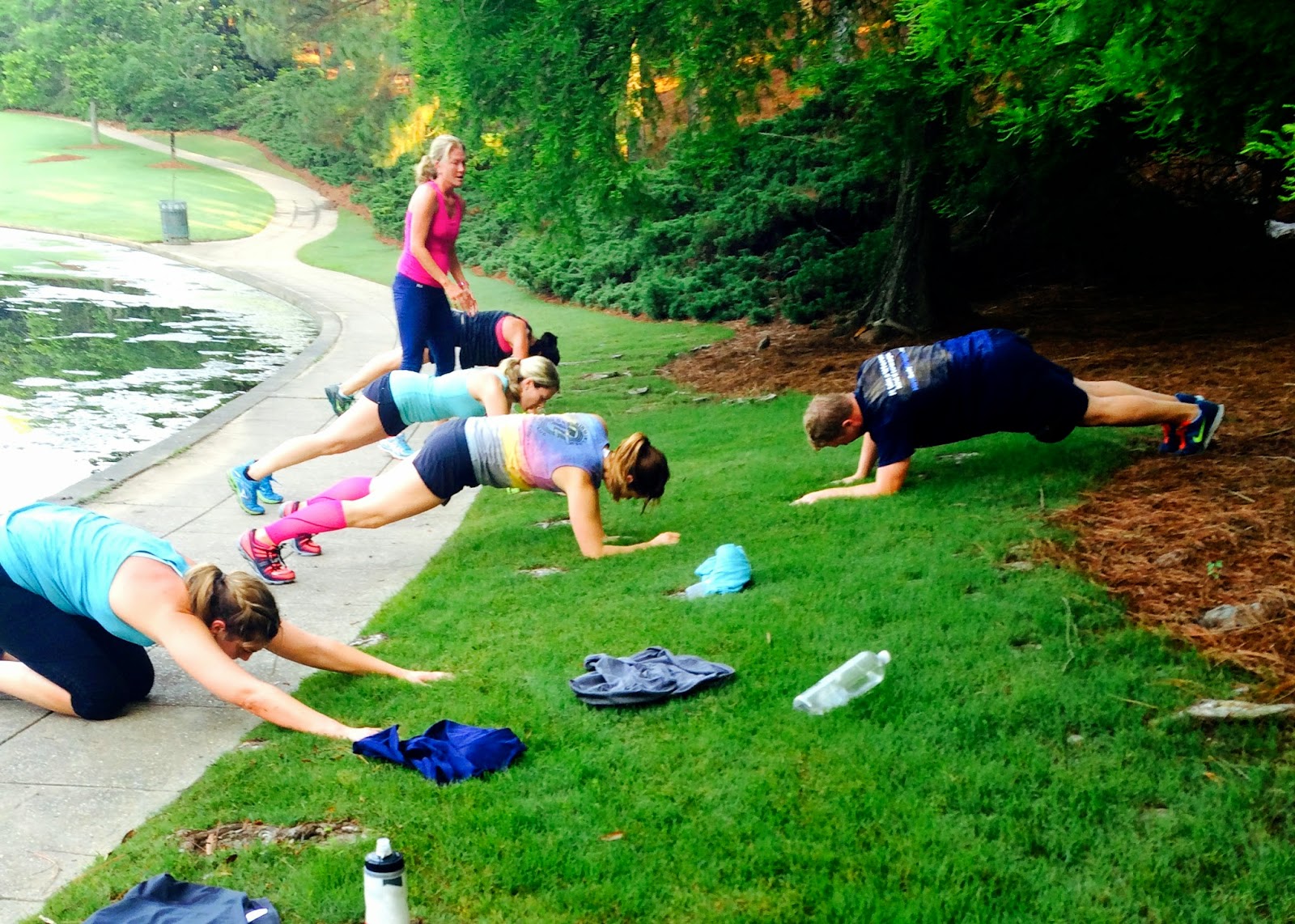 Even though I spend a lot of time flicking poop off the grass for my students instead of exercising. 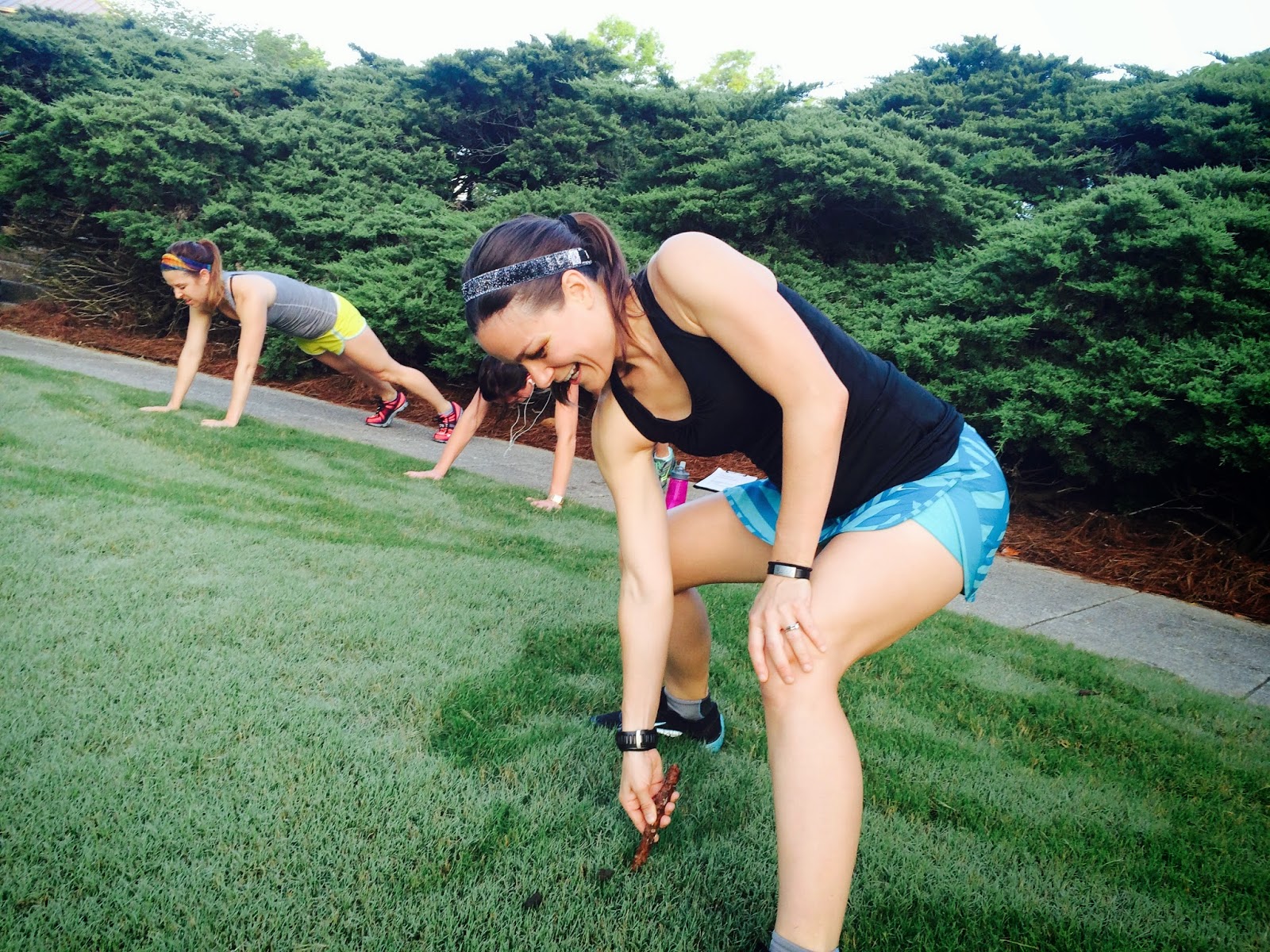 Note to all the people: oldish poop saturated in the fresh dew of morning does not flick in one piece. Instead it flakes with the force of a sturdy sticky, making a sort of poop confetti that would not be popular at your next New Year's party. Friends don't let friends flick old, wet poop.

Other things I've learned lately, marking a 9-mile route on a trail can take four hours or more.

This was at Ruffner Mountain, the site of my upcoming night race, Race Against the Sun, the 36-40 (you find out when you finish -- yay) mile race on a surprise course in the dark with old mine shafts ready to swallow you up. Plus there's the whole haunted mine thing that I wish I didn't totally believe in. And the poison ivy that's already surpassed my height in its summer growth spurt. Can you tell that I'm excited about this?

While we were out there, I mentioned something about turning left where we were supposed to turn right, and Alex said, "Oh no, that trail leads to a 30-foot drop." So there's also that. Trying to decide if this is an even less smart move than almost killing myself with heat stroke at the Run for Kids.

Speaking of heat stroke, I raced 12 miles this weekend (more on that later), and I think the heat really got to me earlier in the race than normal. I'm wondering if that's an enduring effect from the "day I almost died running," as I lovingly refer to it. Any ideas on whether or not once you experience something like that your body is more susceptible to it in the future?

Like your body saying, "You can't fool me with this old trick again, you crazy runner you."

Another trick I noticed recently: the magic of five bars costing more than six. Huh? The first one was on the end cap, and the second one was on the interior of an aisle. You pay for the convenience of not walking ten more steps to the other section. Worth it? 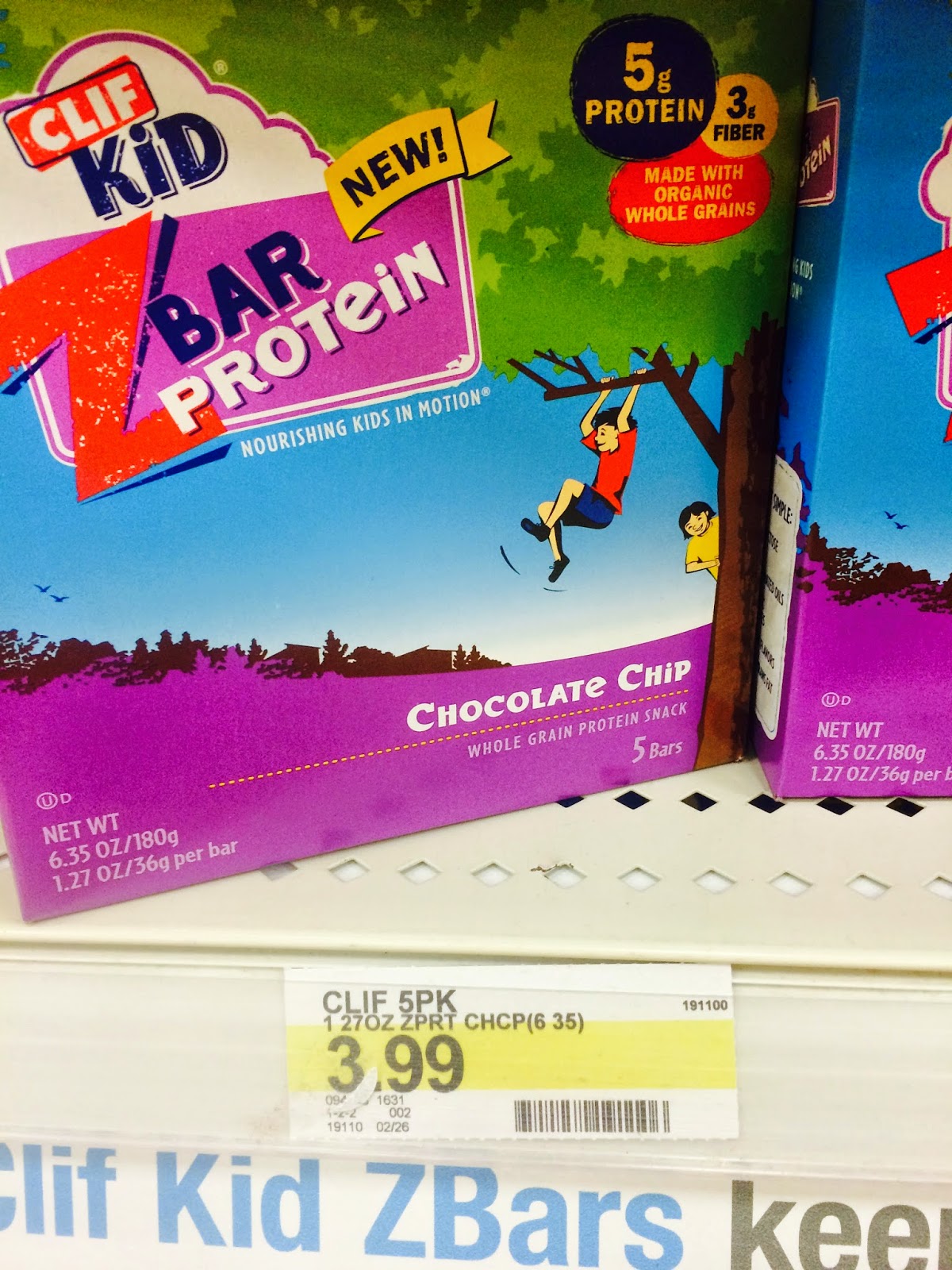 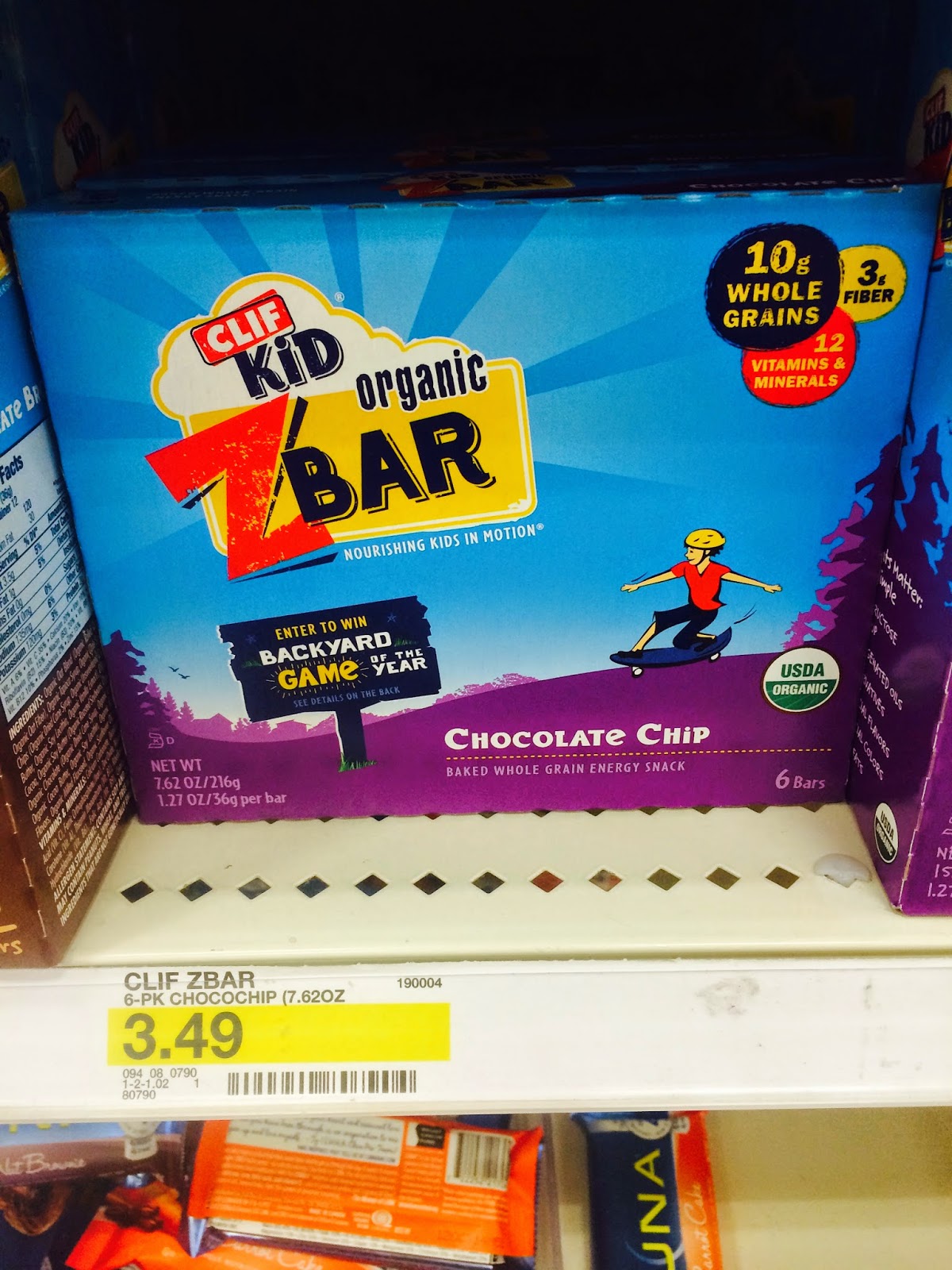 And not a trick: this dude turned 9 this week. He's pretty much getting cooler every time we turn around. This week's coolness: he has finally learned how to fully clean a toilet. Not saying that he will implement it every time, but he "likes" (ok, so just agrees to) to scrub them with old toothbrushes, our toilet cleaning weapon of choice. 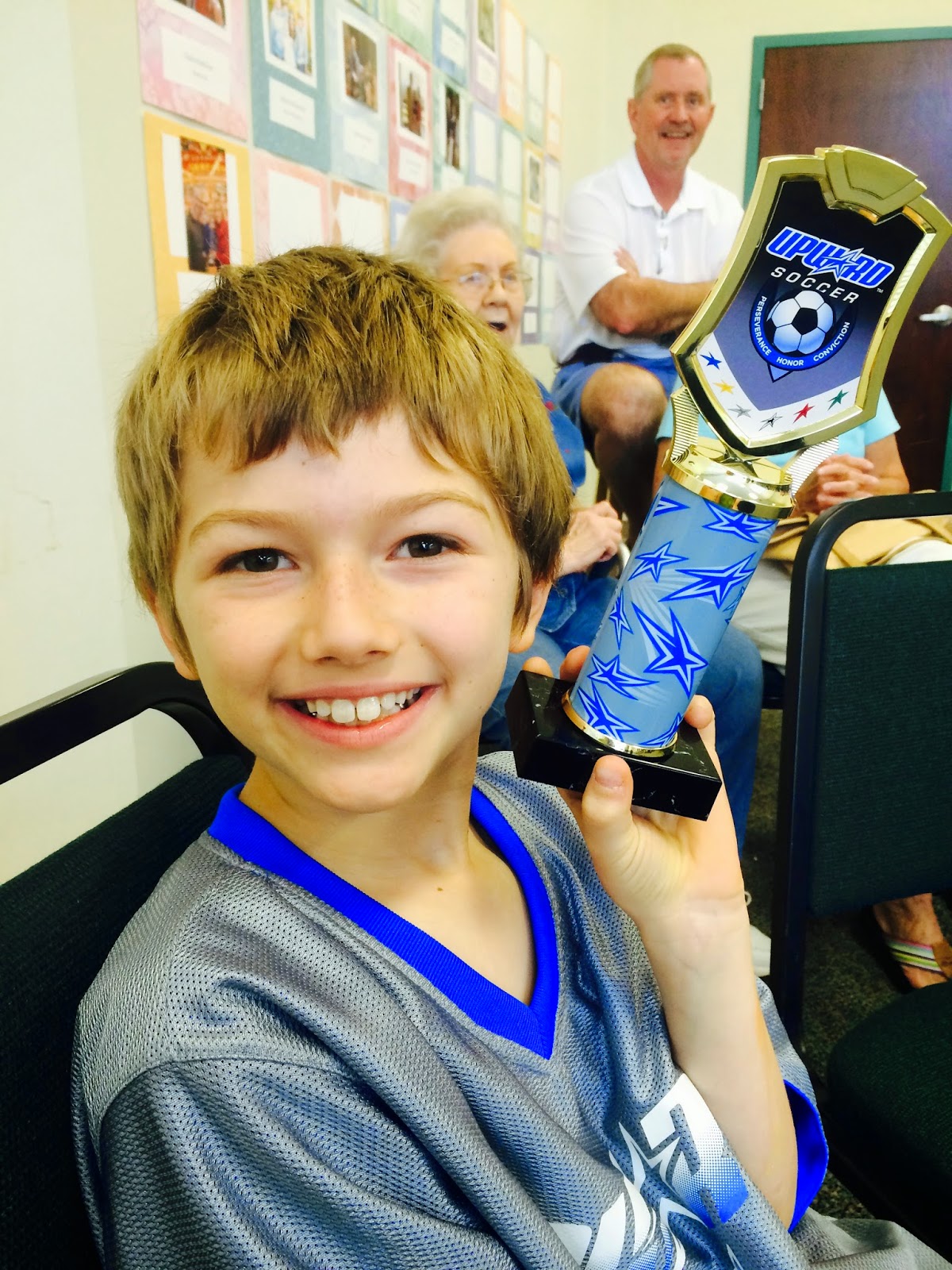 I finally got the chance to break out this Boston swag. This bottle opener came with our race packet. I kind of love it but don't often bust out any bottles at home. Birthday party = pizza and root beer = busting out the 26.2 swag. 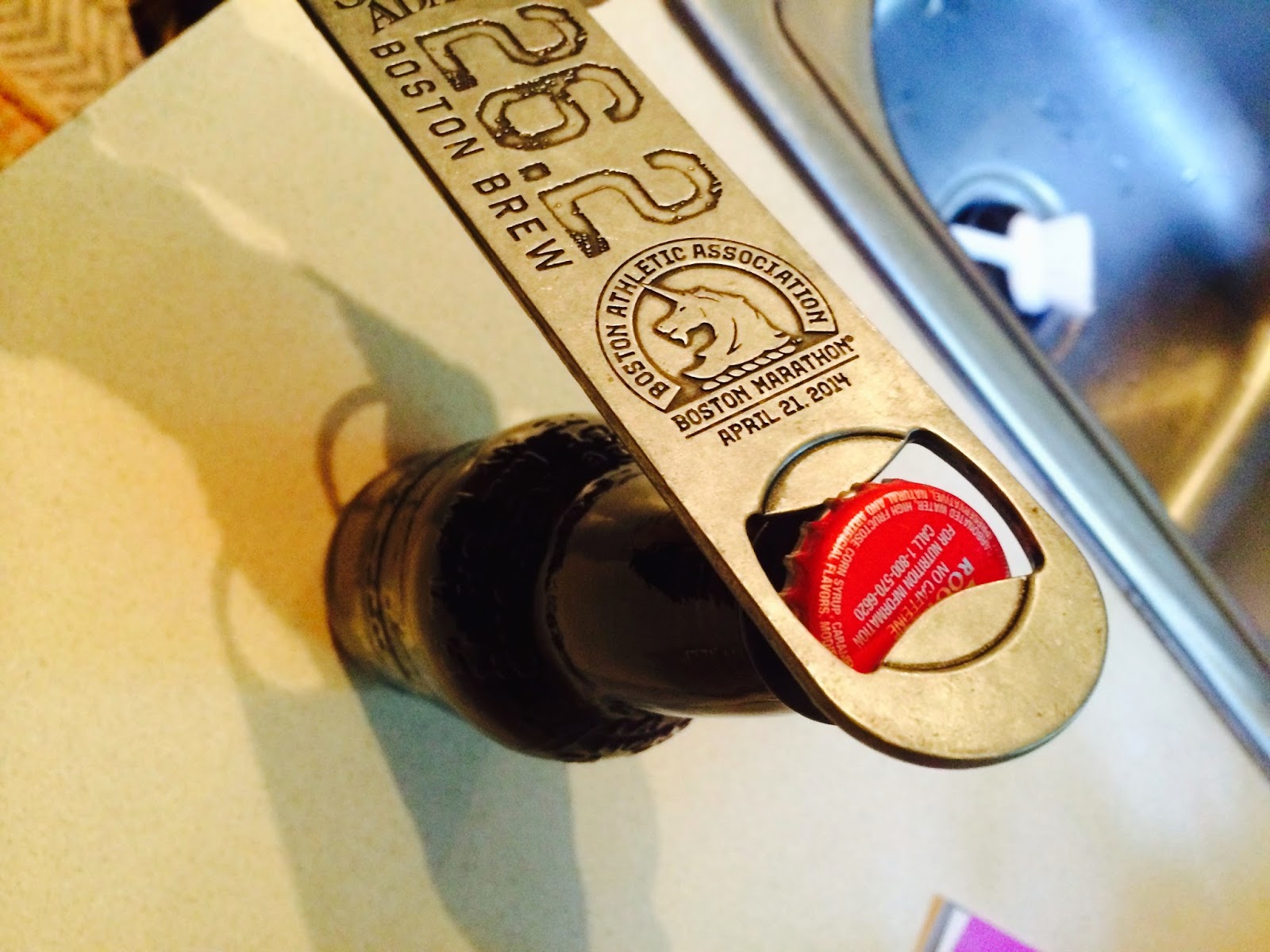 We also went to our first Birmingham Barons game, which was way more fun that I thought it would be. It turns out that I love all live sporting events no matter how boring I find that sport in general. But really, how do those players stay in shape? They barely move during a game. Seriously, they swing every 20 minutes or so and occasionally that leads to some running or holding their arms up to retrieve a ball. They must work really hard in their off hours to stay in shape to give peak performance for about 20 minutes per game. 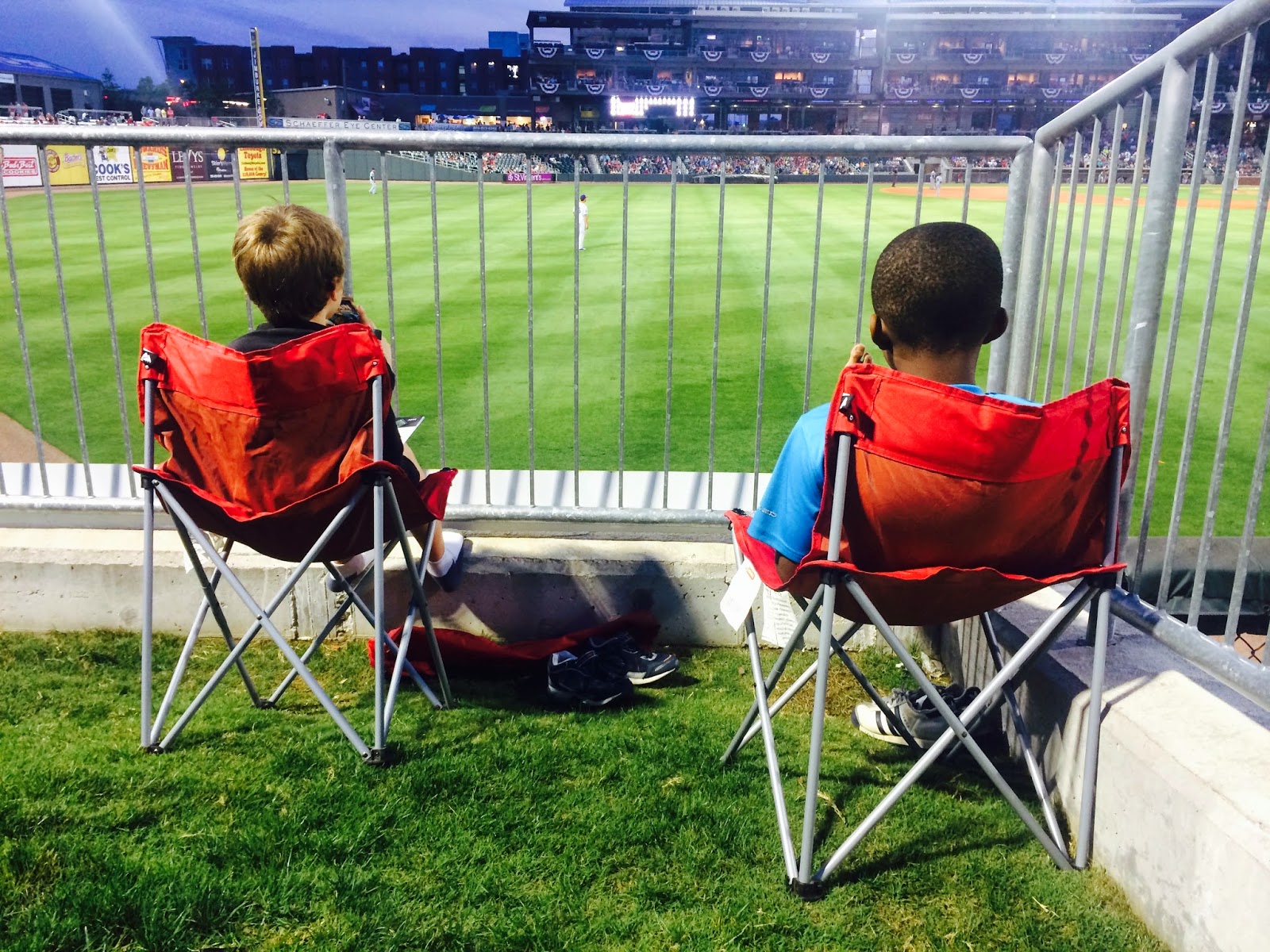 Which sport appears to work the hardest to you? And the least? Skiers always look like they are working crazy hard to me. And rugby players look like they are one play away from death pretty much always. Least would have to be a unanimous curling from the world.

Does your town have any sports teams? Are you one of their groupies? Other than the minor league baseball and some smaller college (UAB and Samford) teams, I'm not sure. People get really into college football around here. Alabama and Auburn, you know. I'm not a groupie of any of these.

Which other exercises do you do to round out your running schedule? Yoga is my must-have extra.
Posted by Yo Momma Runs at 3:02 PM