Sickness, be gone. And an OrthoLite giveaway!

Would it scare you to get the email abut your upcoming 40-mile night trail race right after your missed your long run because of a bout of 104.4-degree fever and strep followed by a bout of vessel emptying (the less gross way of saying that, maybe) virus? That happened to me today, and I don't know whether to laugh or ... ok, so that is the only option. Being sick, especially after a long sickness draught, really makes you appreciate wellness. I'm used to running-induced sickness, like wanting to throw up after running 20 miles in 100% humidity, but I can't remember the last time I was this sick from communicable illnesses. Thankfully, we weren't all down at the same time with the virus, and I think I caught the strep early enough that no one else in the family caught it.

One thing that was hard to do was tell myself in that scenario that it's ok to let some things go when you are sick. I ended up teaching a class Friday morning outside in the blazing sun, sweating bullets and jumping around, when I knew I was already getting sick and probably had a fever (found out that night it was strep) because I couldn't find a sub. I've had strep before and have not been as sick as I was this time, which leads me to believe that pushing too hard when I shouldn't have increased my overall sick miserableness. How do you juggle sickness with the demands of life?

Even though I don't mind at all missing a run in general, missing this many runs in a row is taking its toll on my overall mood. Or the mood bomb may just be because I have been cooped up in my house a large percentage of the last five days. I was able to get out for a couple of runs during my well spell, the day and a half between illnesses. Thank you, Red Mountain and Dawn Patrol.


Other things to do when you are in bed, geek out on more running. Have you read this book? It's not at all what I would call a fun read, but it's informative. You should probably balance this reading out with a few episodes of Modern Family. 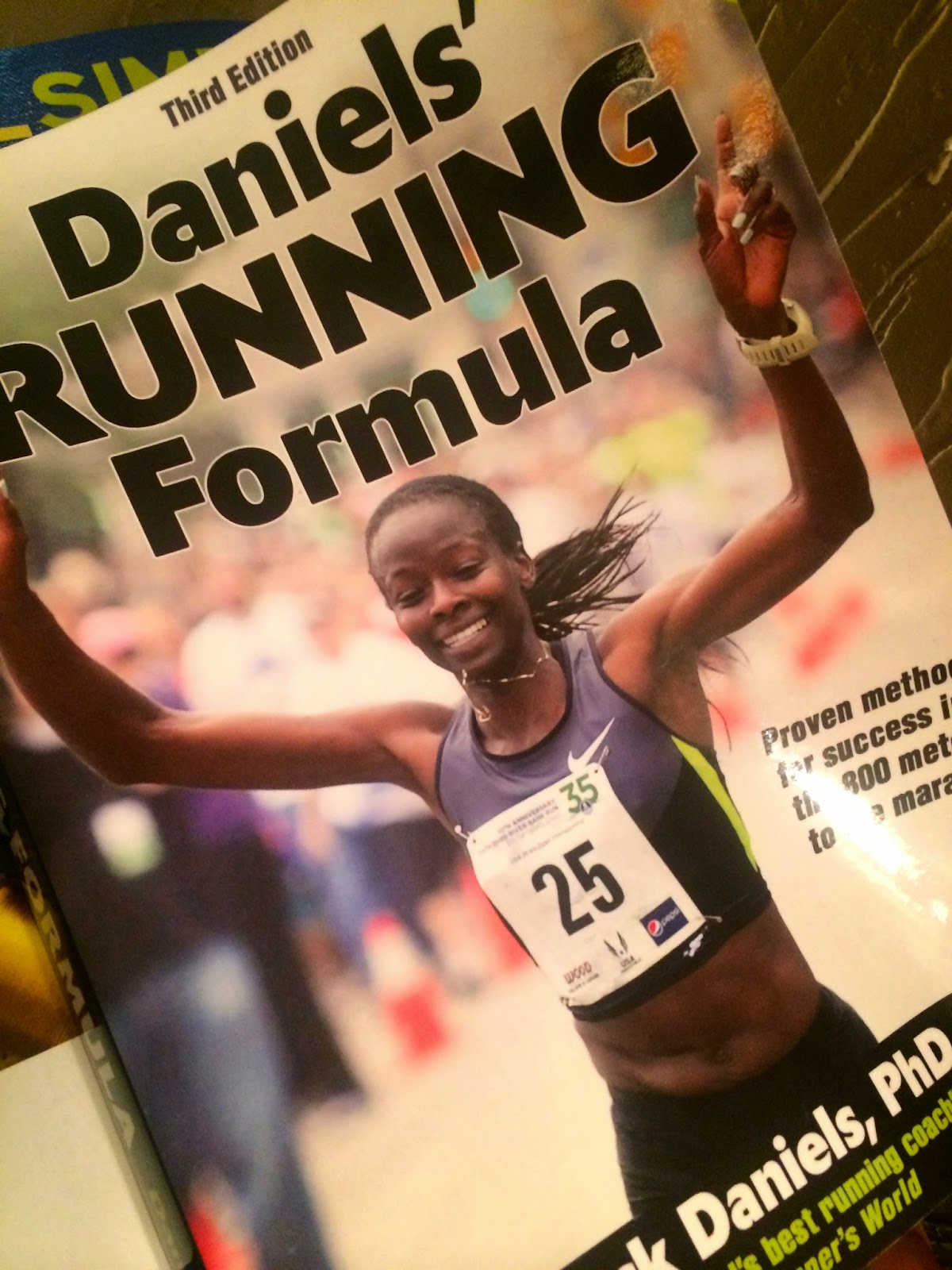 And before the descension of disease on our home, we were able to check off one more summer to-do list item. Bruester's! If your kids are short enough (twins' height or shorter), they get a free ice cream cone. So go now before they grow. 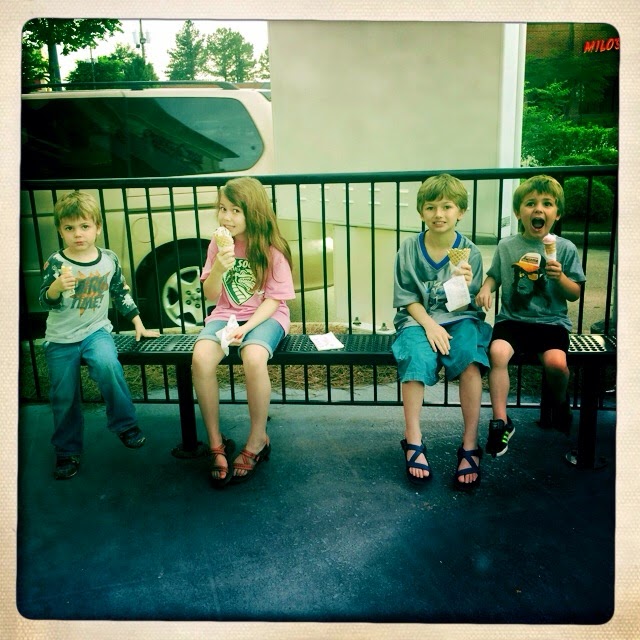 One other good nugget mingled in with the bad. I had an immediate solution when I received my new Karhus and saw that they had two-part insoles, a feature I universally do not love because I inevitably get a hot spot or blister where the two parts meet. 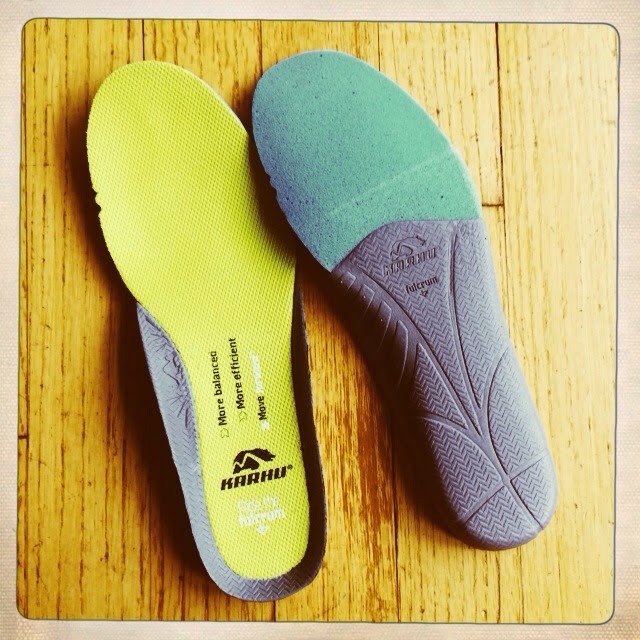 Thankfully, OrthoLite had just sent over a pair of their X-40 high rebound insoles for me to test. 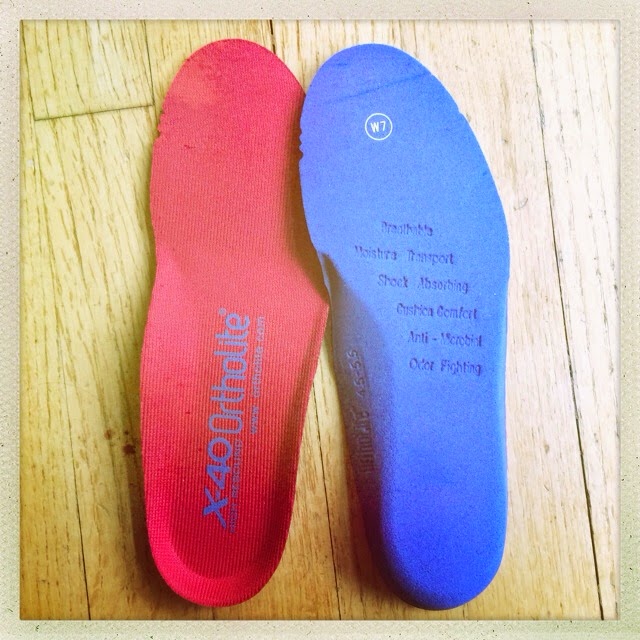 Here are the details from OrthoLite: 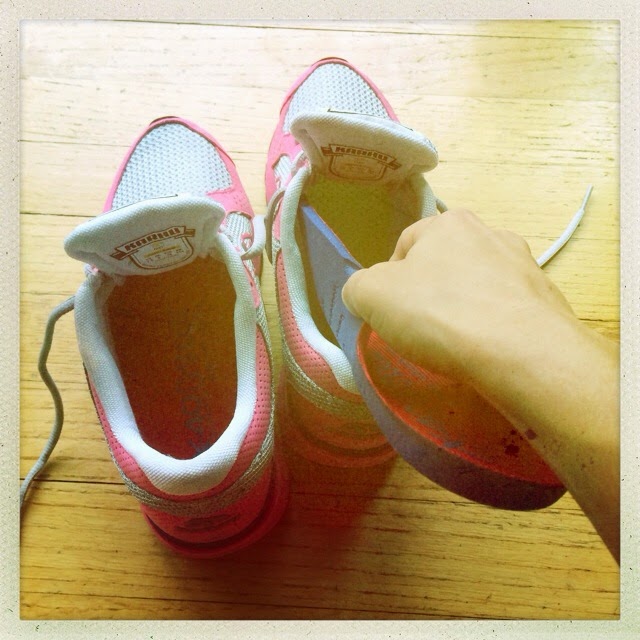 And I liked that the cut was a perfect fit for my Karhus and didn't require any trimming or cramming, just slide in and go. (Trying so hard not to add "that's what she said.") 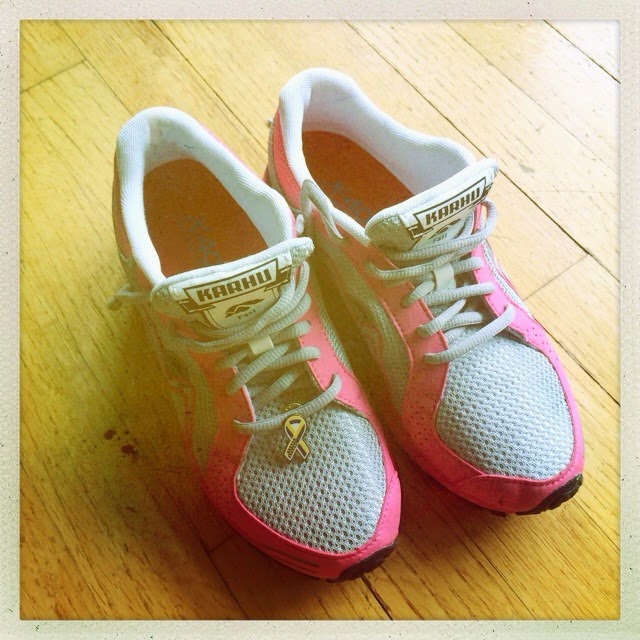 The cushion felt perfect on my test runs so far. I hope my feet will appreciate the high rebound elasticity over time. These insoles are not for arch support, but for overall foot comfort and added interior cushion.
If you have some shoes that included insoles that aren't living up to your expectations, I have three pairs to give away that can be your replacement! You have until Monday, June 16th, to enter to win.

a Rafflecopter giveaway
Posted by Yo Momma Runs at 3:43 PM