This week is all about the run. Why? Because last week was all about the family. Plus the couple of weeks before that were all about being sick and barely scraping by keeping up with my classes that I teach at the gym, much less adding in my personal running schedule. I am finally completely well and feeling like running like a mad woman every day. Part of that is panic that I have an 18-mile race coming up during one of the hottest months of the year in choking humidity of Alabama. And on a trail. Plus I am road tripping solo (parental-wise) with the kids for the next two weeks. This should be fun.

But I am genuinely refreshed from having just returned home from a week away from everything technology and everyday life. This year, my husband's family reunion (biannual) was at Standing Stone State Park near Hilman, TN. Near because it is not actual in anything, other than the woods. One day I asked about the town 30 minutes away having a Wal-mart, and that question garnered a generous round of laughter. I'm still not sure where the nearest Wal-Mart is, but you can buy worms for fishing at the gas station that is 20 miles away. 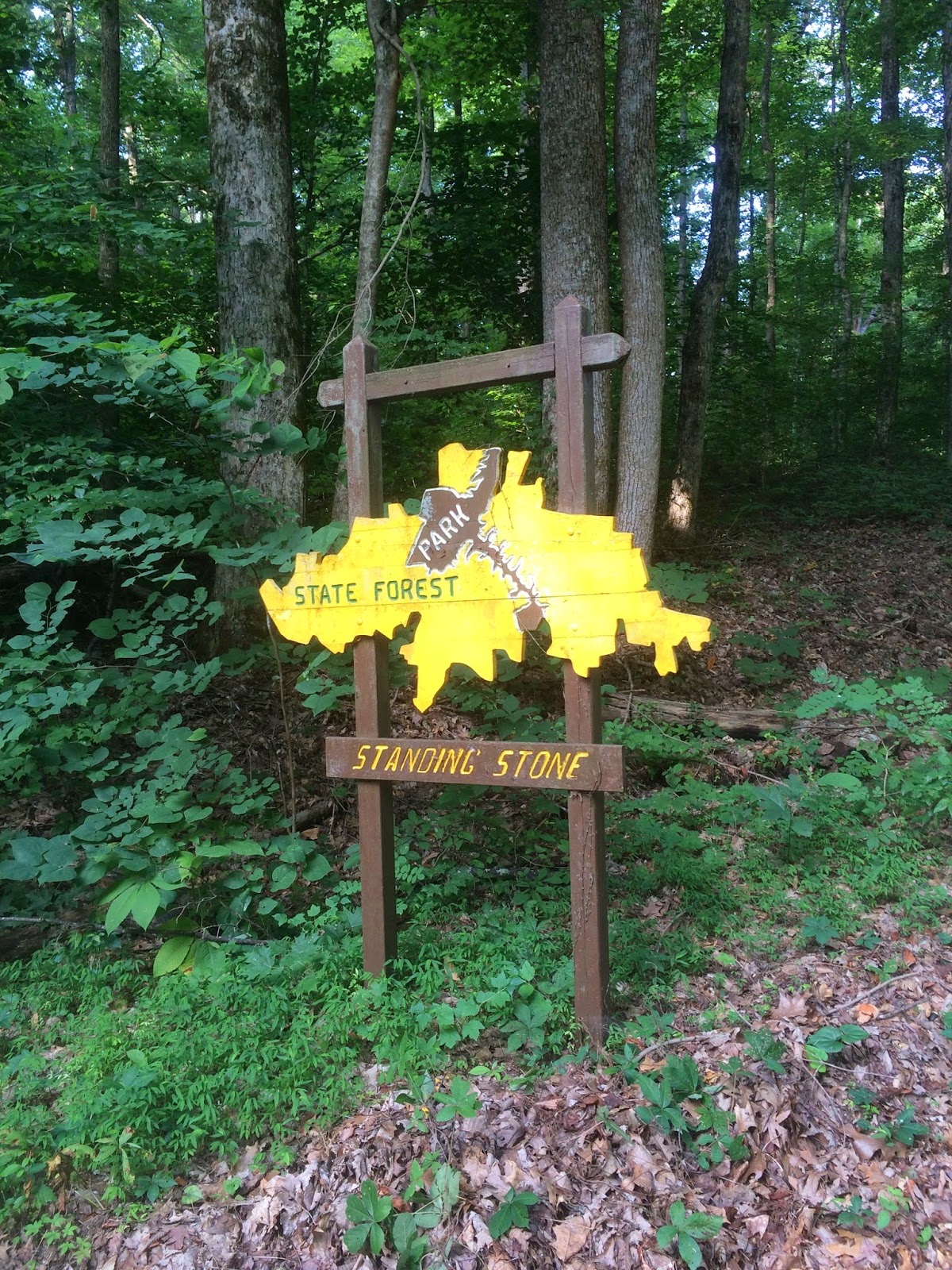 With ten kids plus all of their offspring, my husband's family requires a significant amount of space for gathering. Turns out that an entire state park does the trick. Some of us (my family included) stayed in the lodge that had 40 bunks in it, plus a common area and kitchen for the most important things that families do: eat and play games. 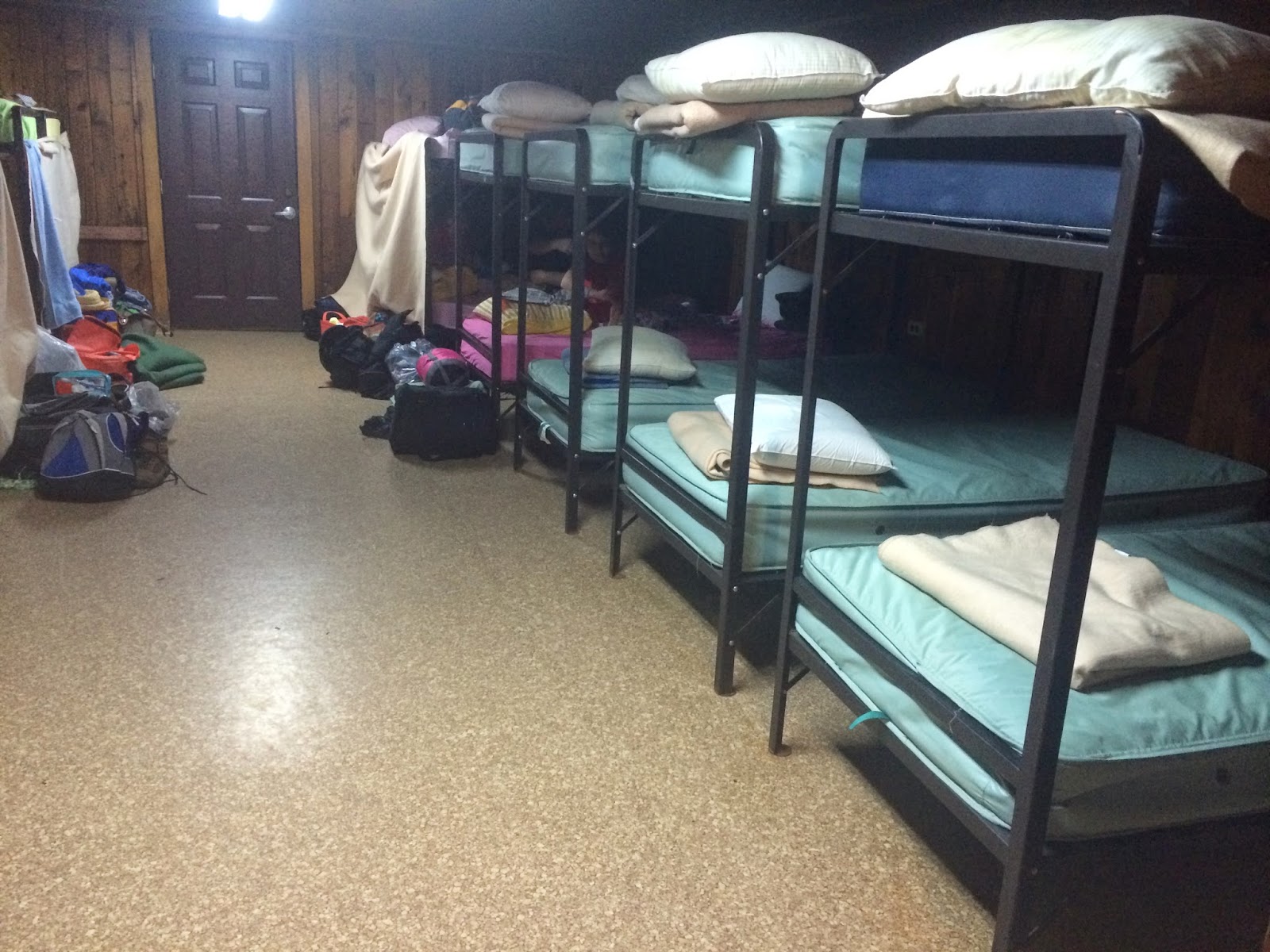 Although those beds were some of the most uncomfortable I have ever slept on (not better than sleeping on the ground at a campsite), I loved the idea of all bunking together. It was a lot like camping, expect that I was much more nervous for my kids to touch the floor. Why is a giant mount of campsite dirt less scary than a really dirty lodge floor? Some questions are not meant to be answered.

Other folks stayed in cabins that had anywhere from 8 to 16 beds each. Yes, we require a lot of space.

Below are just the grandkids and great grandkids who were at the reunion. Picture taken with their grandpa in the middle. This picture slowly warms you up to the idea of how many people were actually there. Think 1/4+ more than pictured. 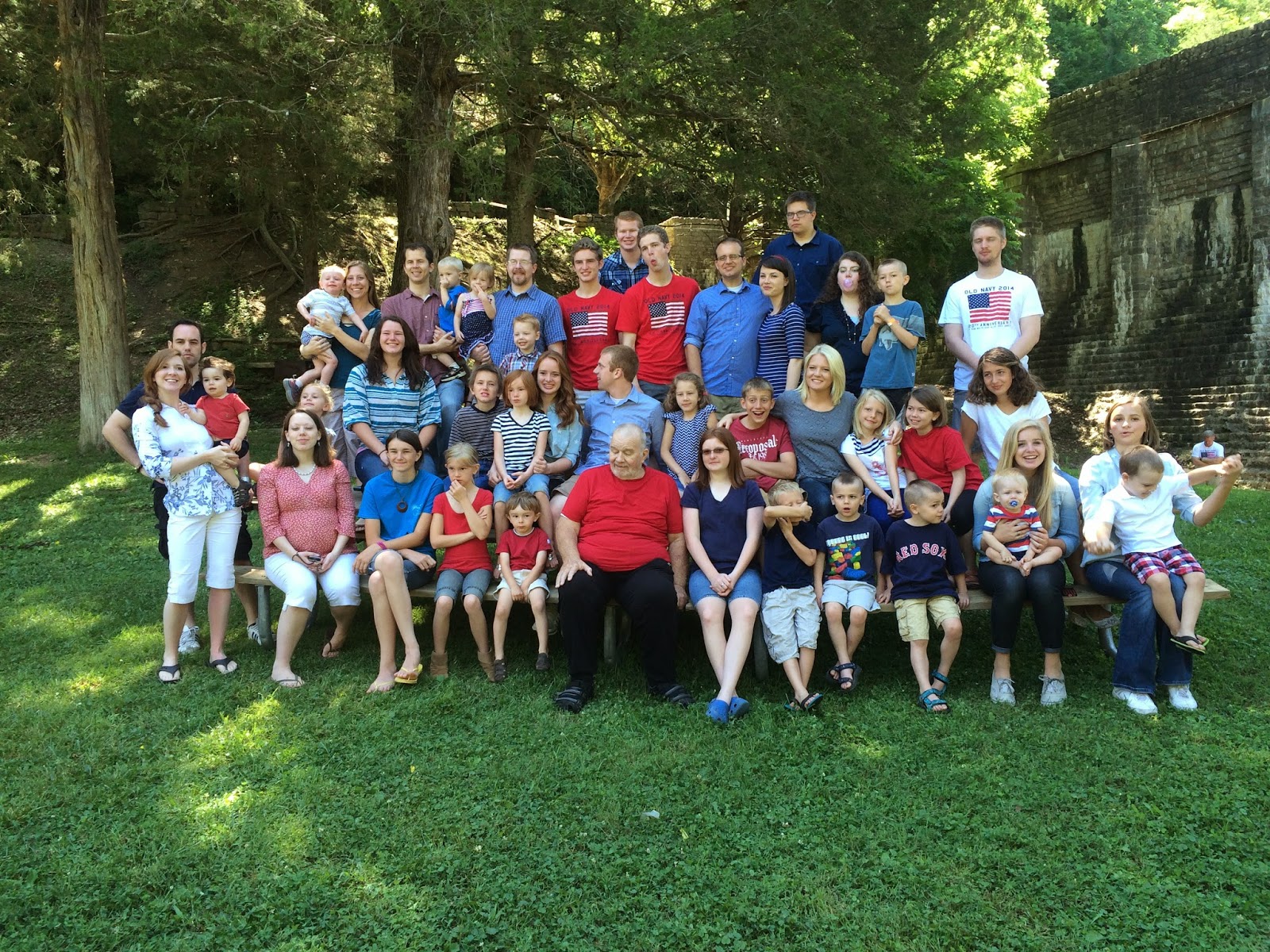 Here's the schedule that keeps all those people from killing each other for a week. 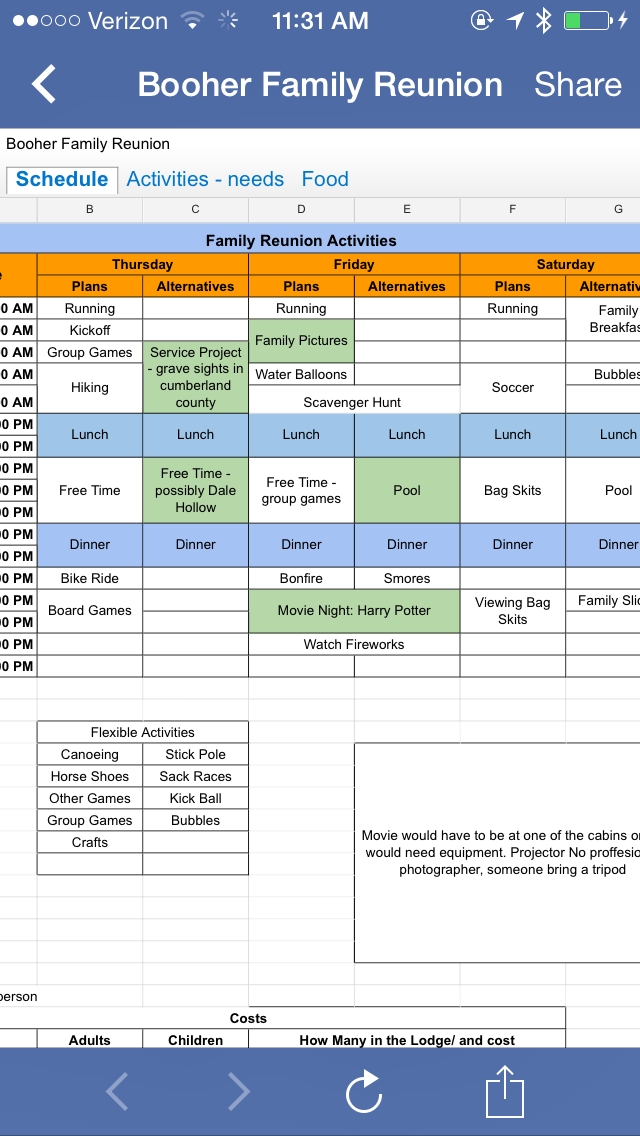 Food is obviously the highlight (and it was all so good that I couldn't stop eating for four days straight), but I like that they threw some running in there to appease me. We only completely skipped one of those runs, when we were so sore from lake swimming, playing soccer, and plank competitions that we could barely lift our arms parallel to the floor. Special thanks to my family members who acted like they wanted to run so that I would have to act like I wanted to run too. 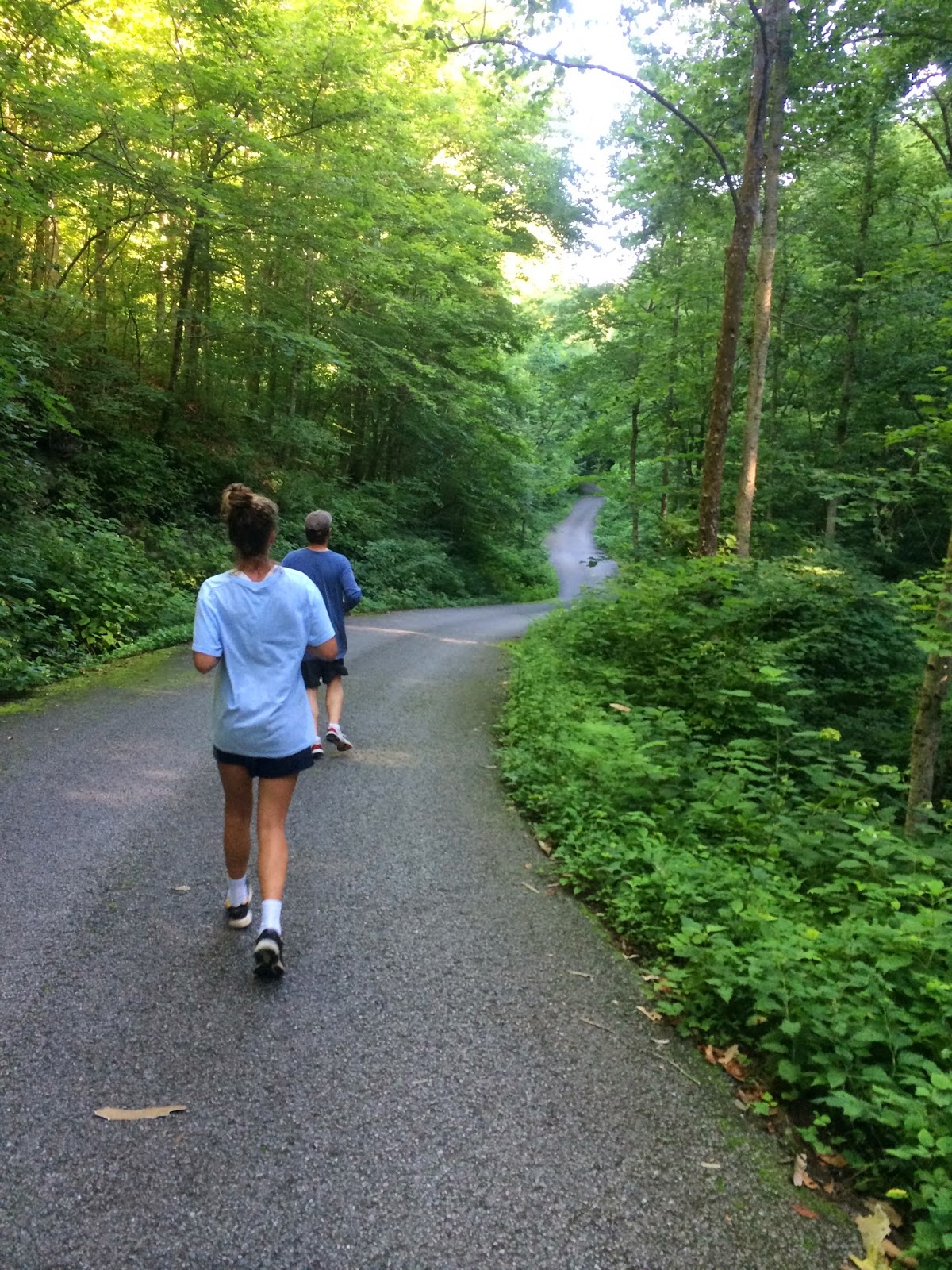 The state park roads are the ideal path for runners: canopies of trees shading us from the blazing sun with a creek trickling just off the side of the road and no traffic for hours at a time. Perfection.

But even with that amazing backdrop, running seemed kind of unnecessary with all of the other activities we had going on.

On the first day of the reunion, we spent half a day jumping into Dale Hollow Lake from the top floor of a pontoon boat.


The boat also had a slide. I'm not a huge boater, so maybe this is everyday stuff, but for me, it was so exciting to be out on a not-totally-disgusting lake (the water was really clear on the shallow ends!) with a slide, plus a roof from which we could do back and front flips, probably not condoned by the boat rental company. 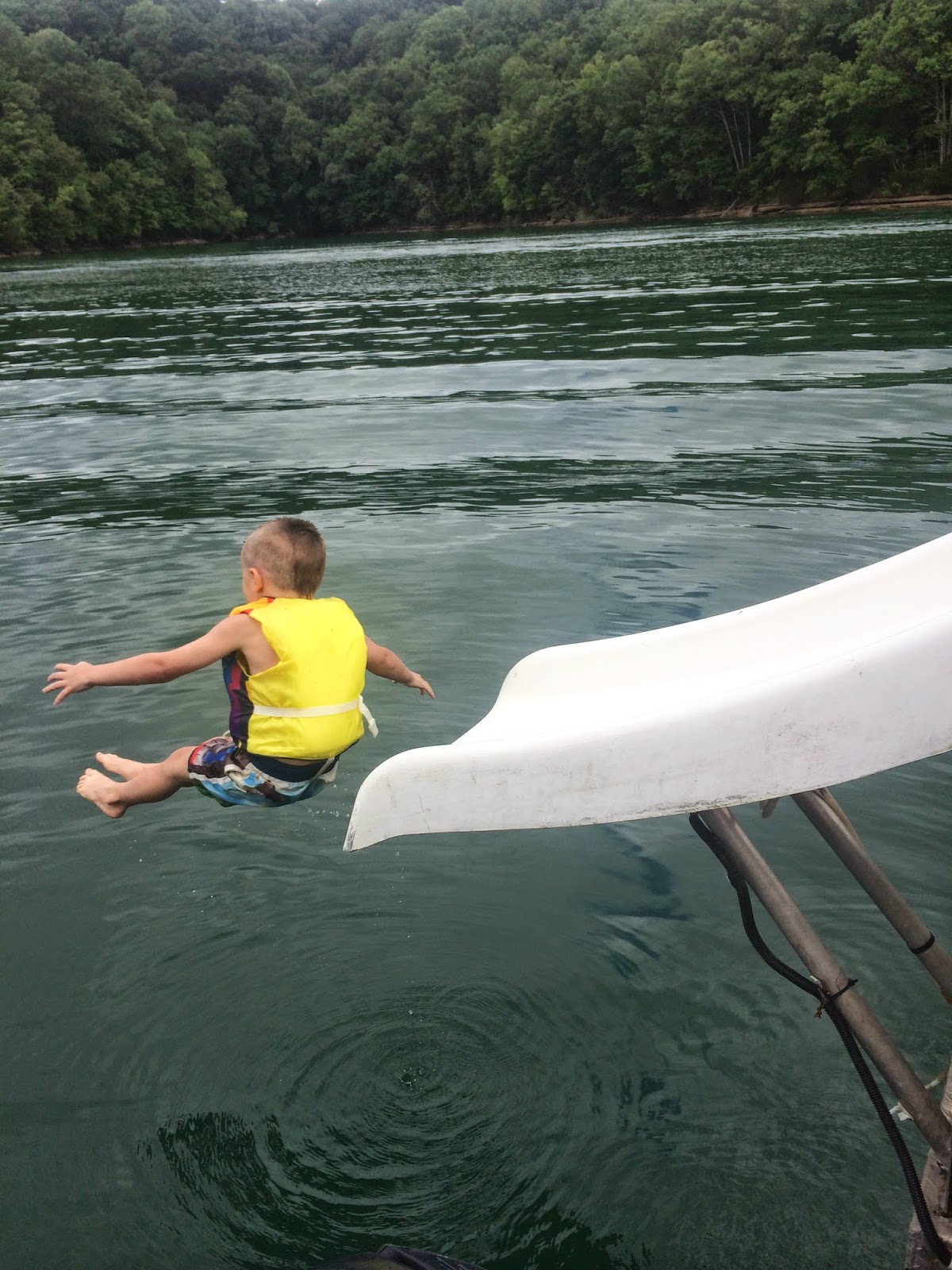 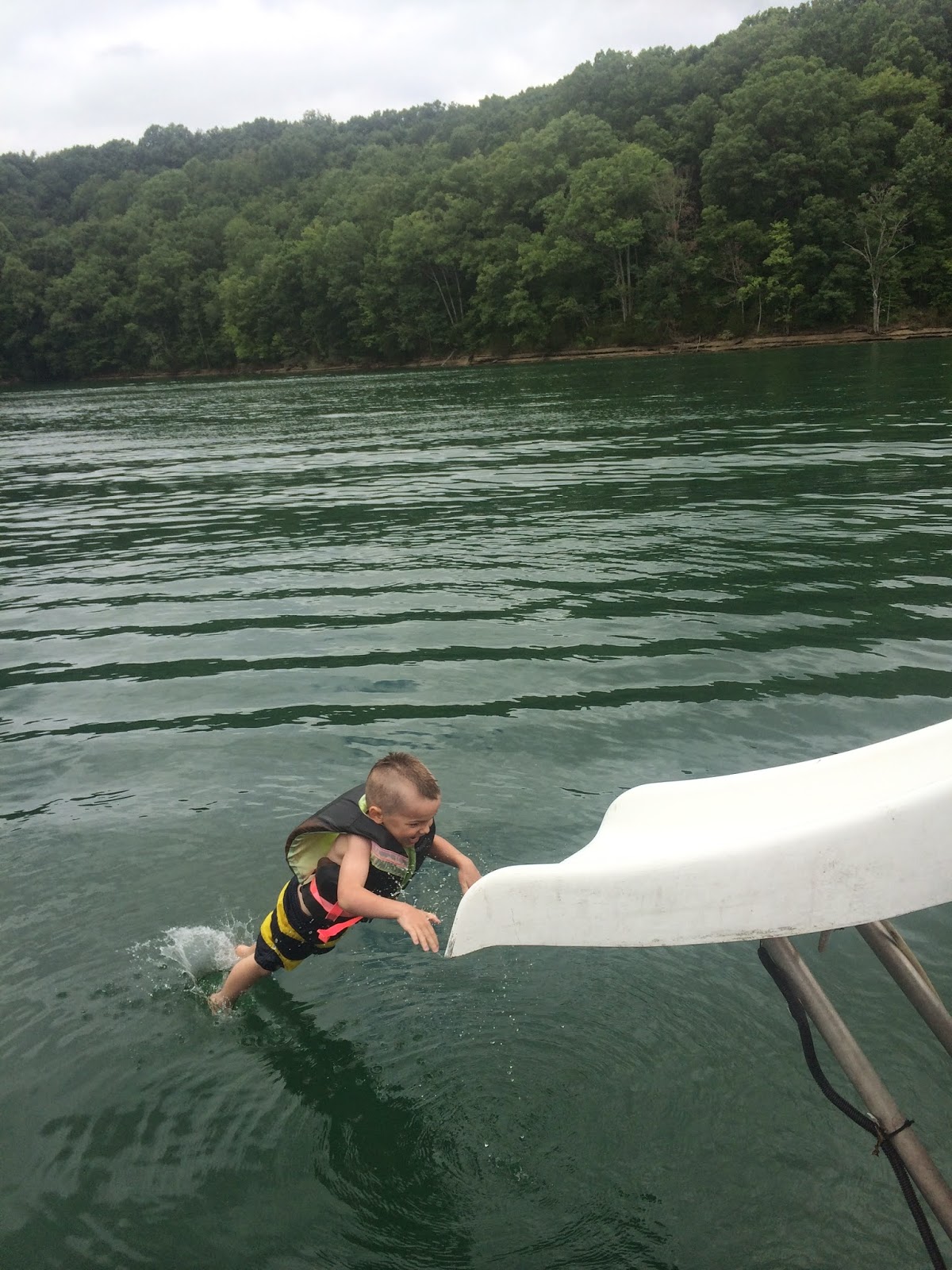 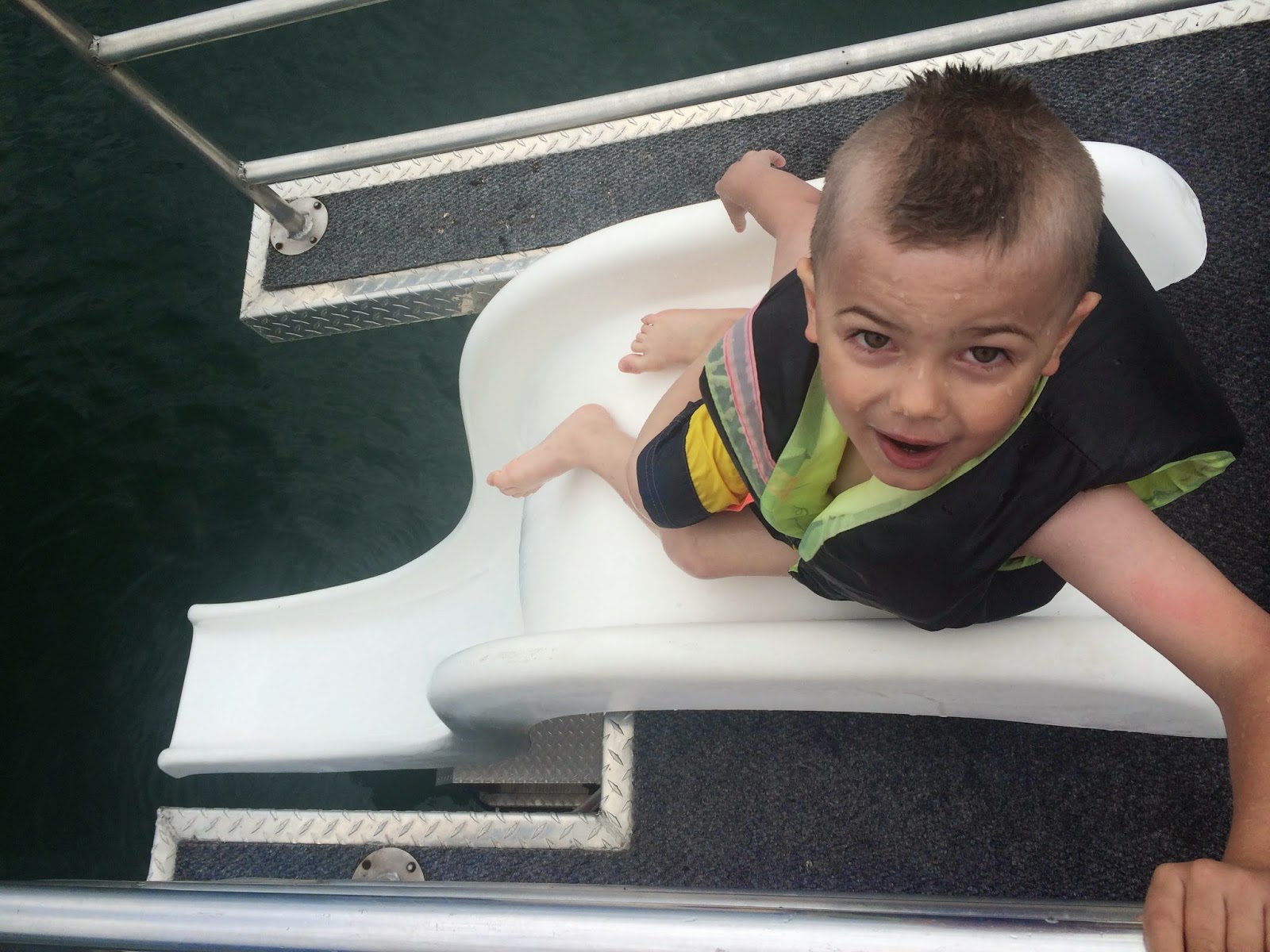 We also had some family members who were cool enough to bring canoes and paddles so that we could canoe around the lake right beside the lodge. 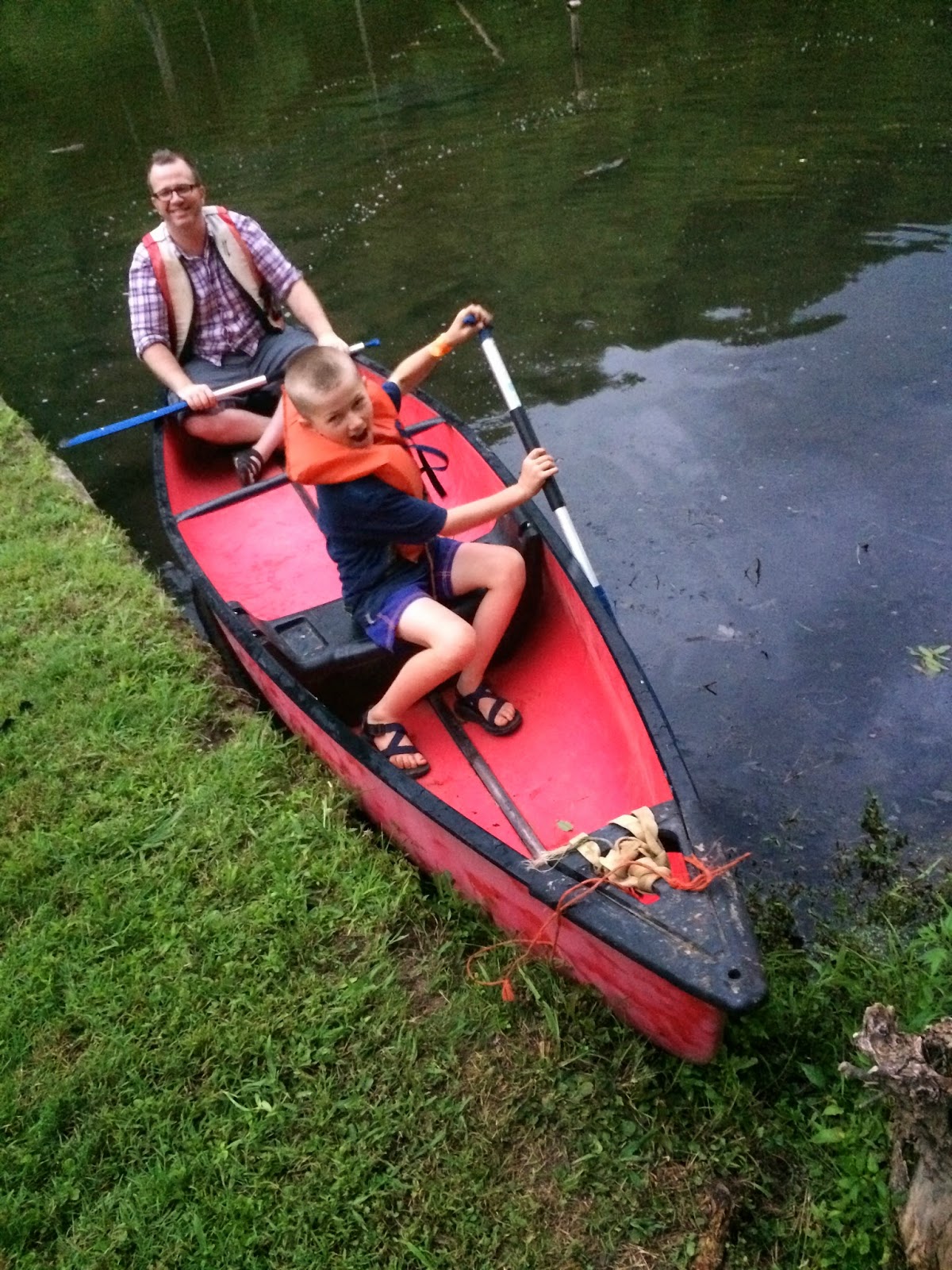 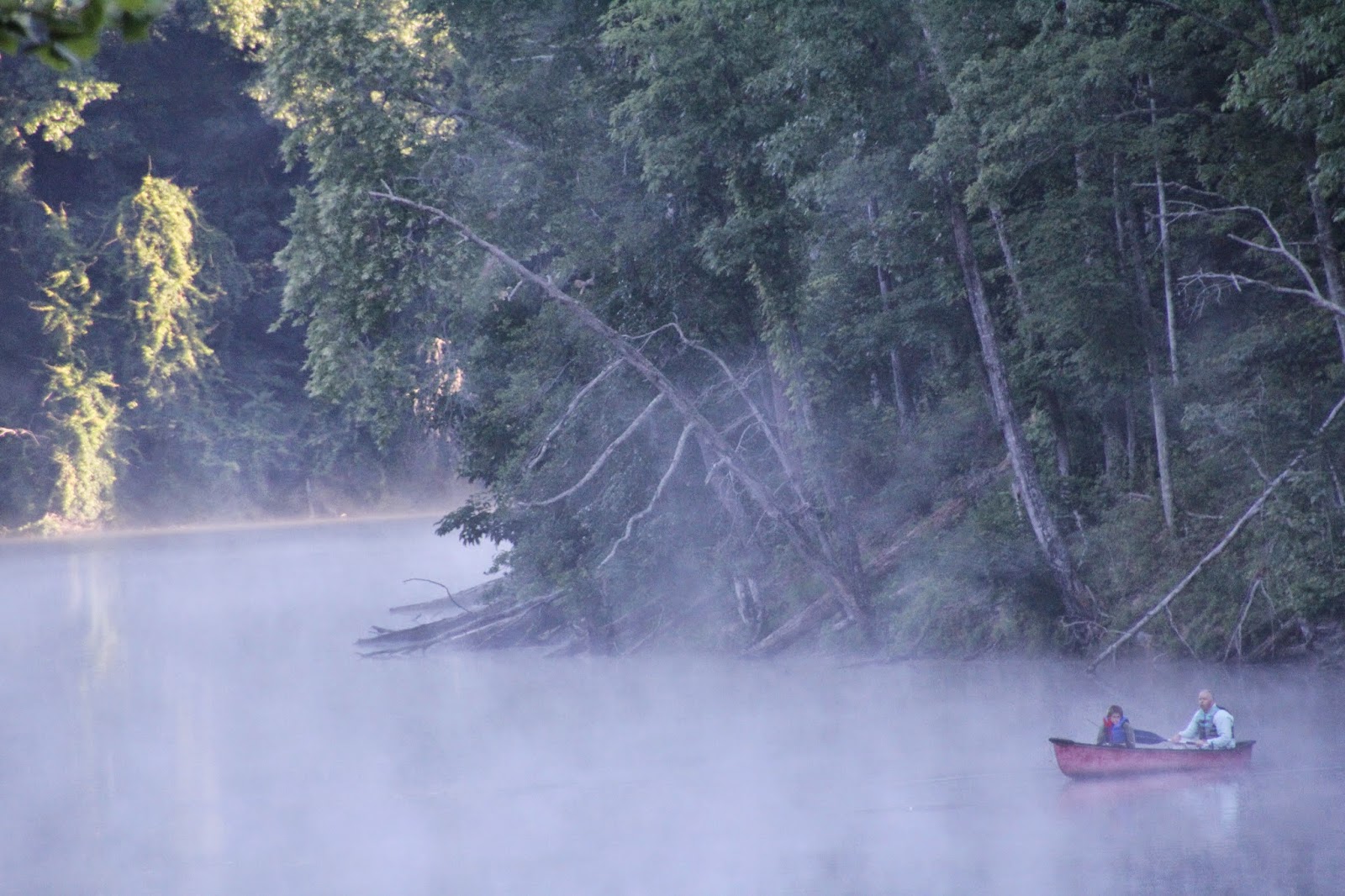 And my husband brought the project he has been meaning to get around to for three years: the mounted Spirit of America sidecar. Sidecars work much better with partners than they do hanging out solo in the corner of our garage. Those same roads that were perfect for running were also perfect for cruising around with the sidecar. Sidecar bikes are also ideal for students new to bike riding because it's impossible to drop the bike with a sidecar balancing it out. Who wants lessons?

Even with all the distractions, the best part of reunioning is catching up with everyone. You can't put it on a schedule -- well, I guess you technically could -- but talking and laughing is the most essential part of the reunion. Wait, maybe it ties with food. 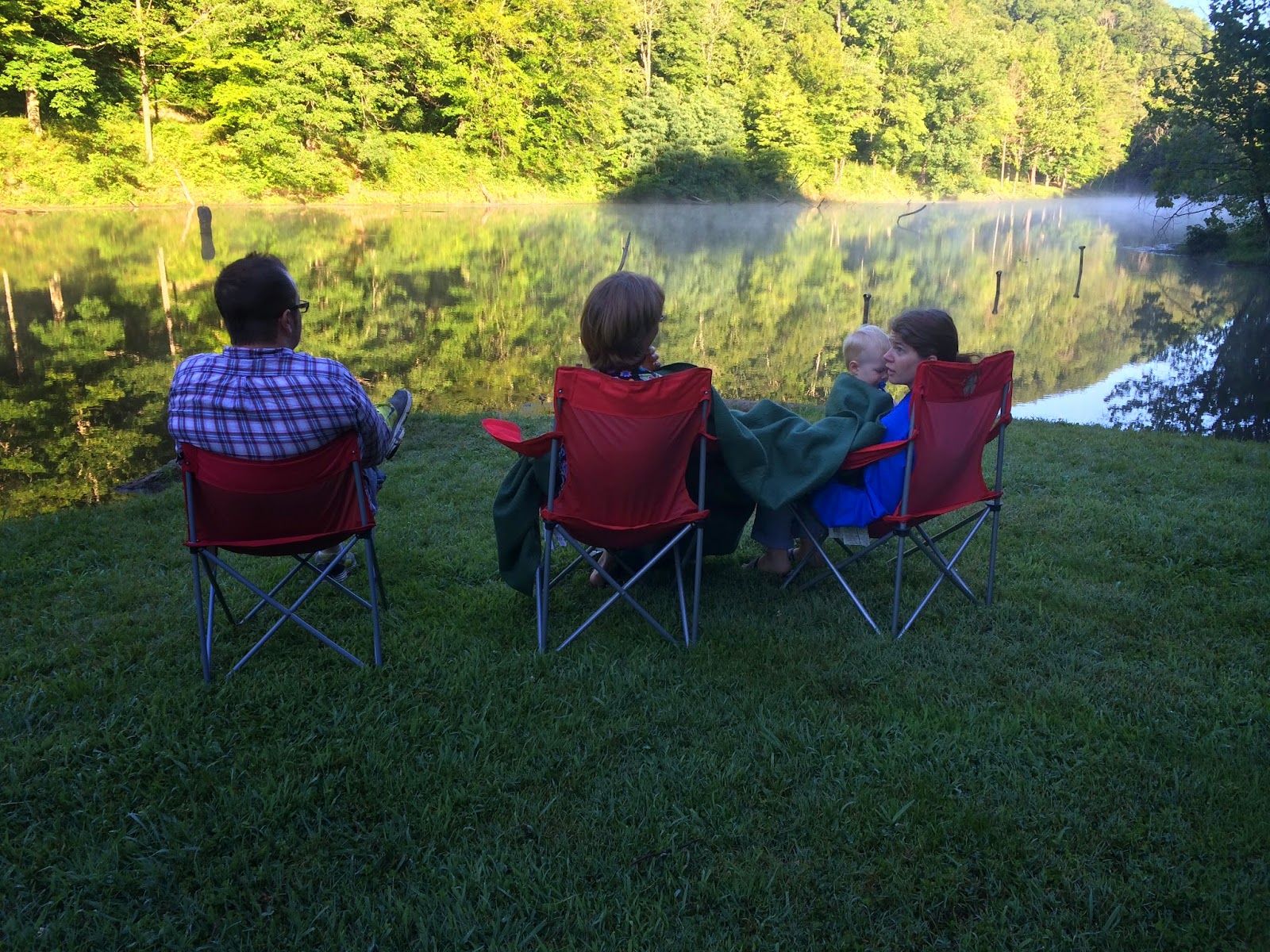 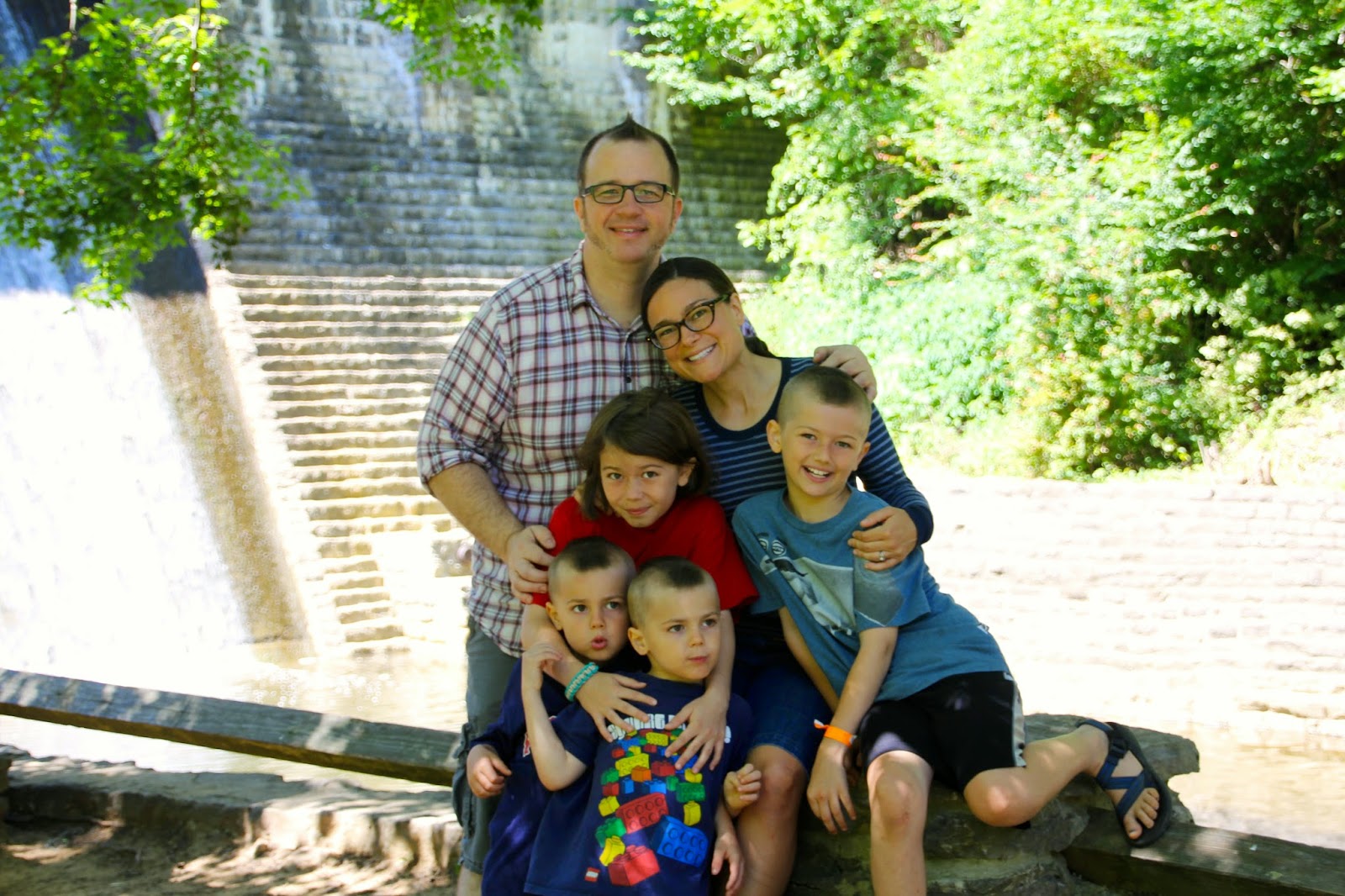 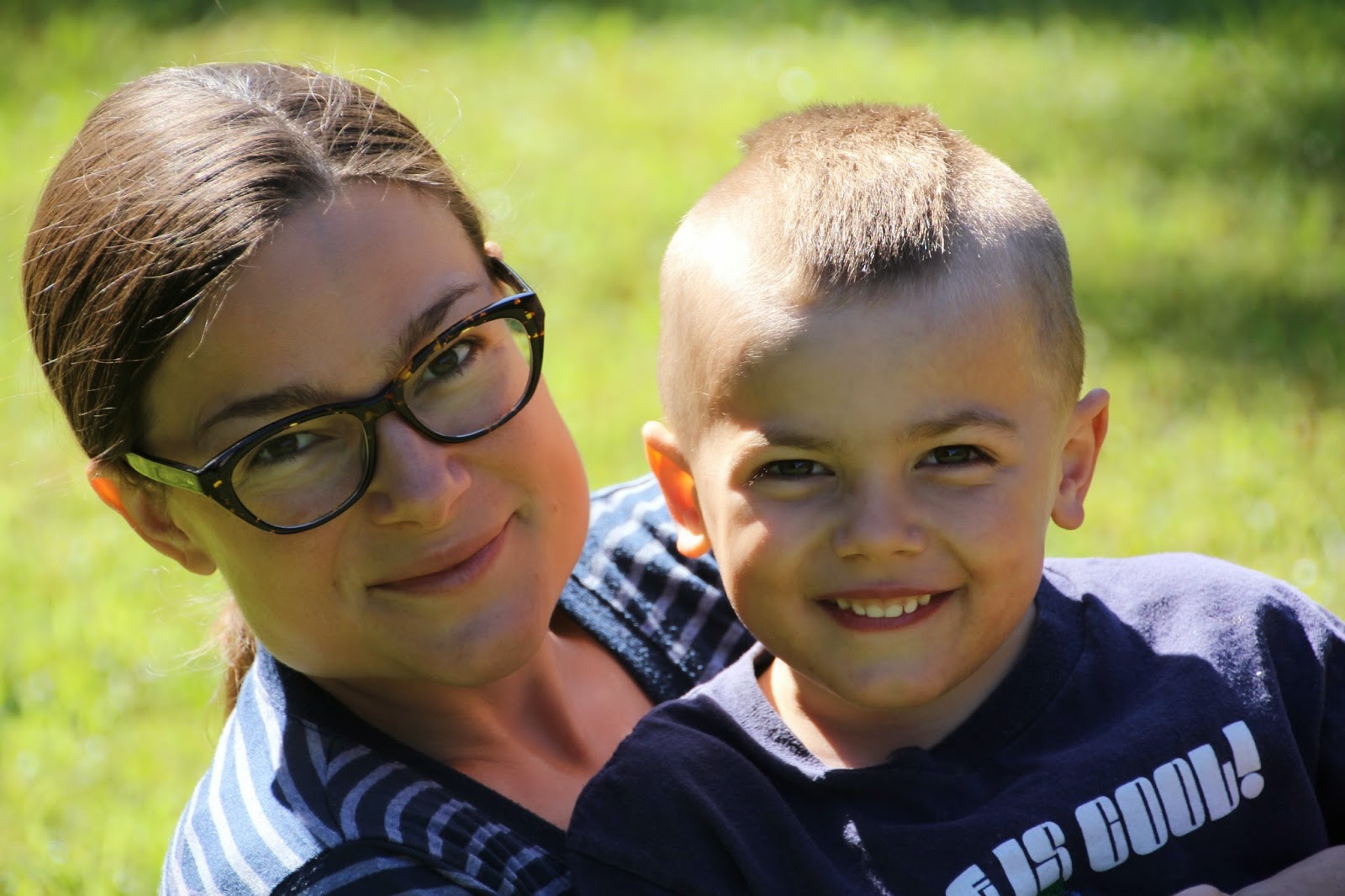 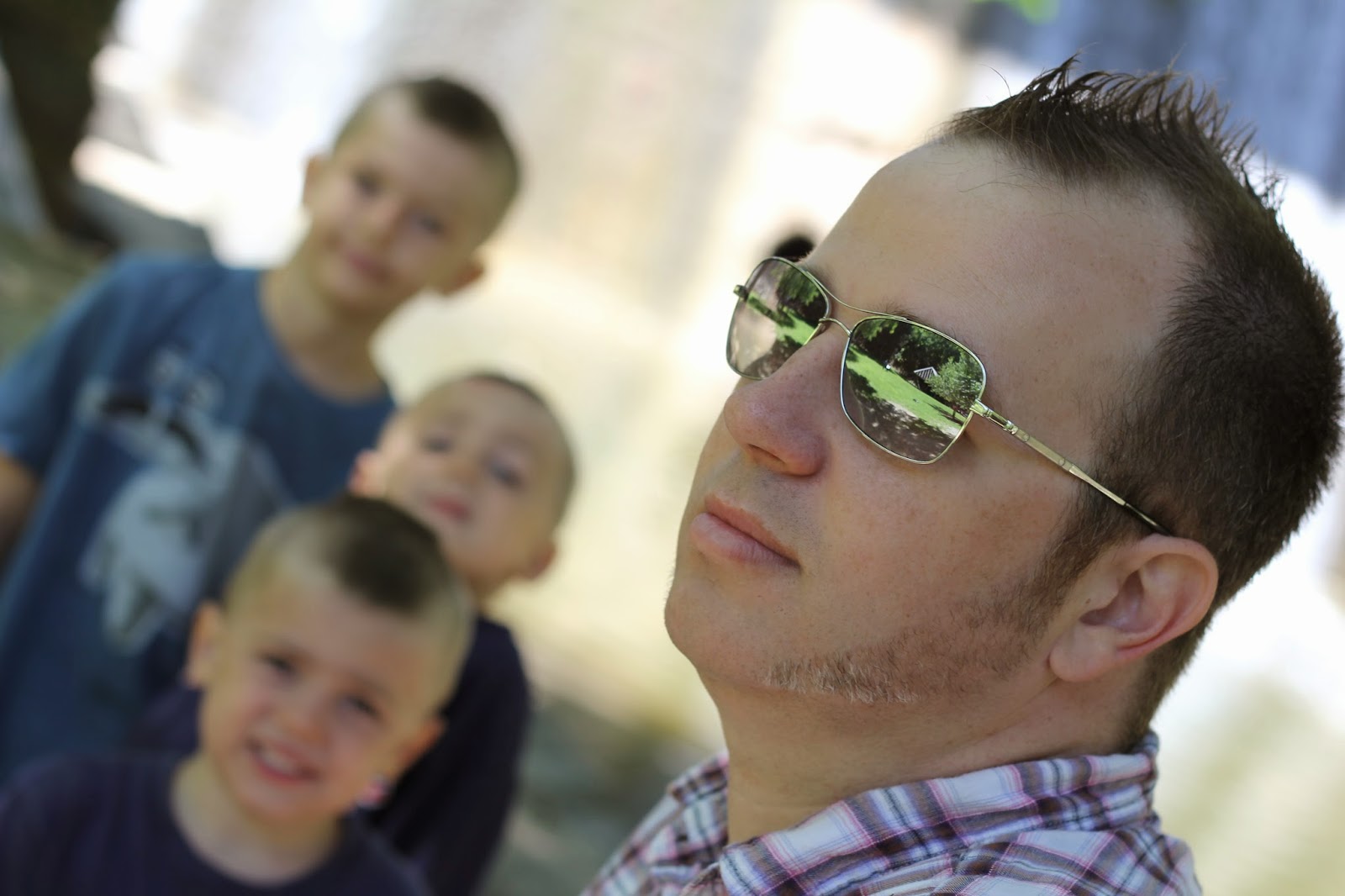 Also with a state park comes trail running. I had been determined to run the trails the whole week but kept putting it off to eat more ice cream. On the final day of the reunion, I got up now fully determined to run the trails near the lake. "Fully determined" means that I ran a few miles on the road at 6:30 a.m. and then sat huddled in a sleeping bag and shivering by the lake trying to absorb sunlight for about four hours, swearing the whole time that at any moment I was going to get up and run more. What time did I actually go running? 5 p.m. The art of procrastination at its ... hold on, I need to go eat a sandwich.

There was an 8-mile trail that I thought I would enjoy (you know, eventually), but when I finally made it out there, I discovered that it was very overgrown. At one point I was running through poison ivy taller than my knee socks on a virtually invisible trail on a hillside that was crumbling beneath my steps, so I turned around and decided to take the shorter but much more distinct and runner-friendly lake trail.


There was still a ton of poison ivy on these trails, which made it feel like home.


What I don't have at home is this sparkling lake view. 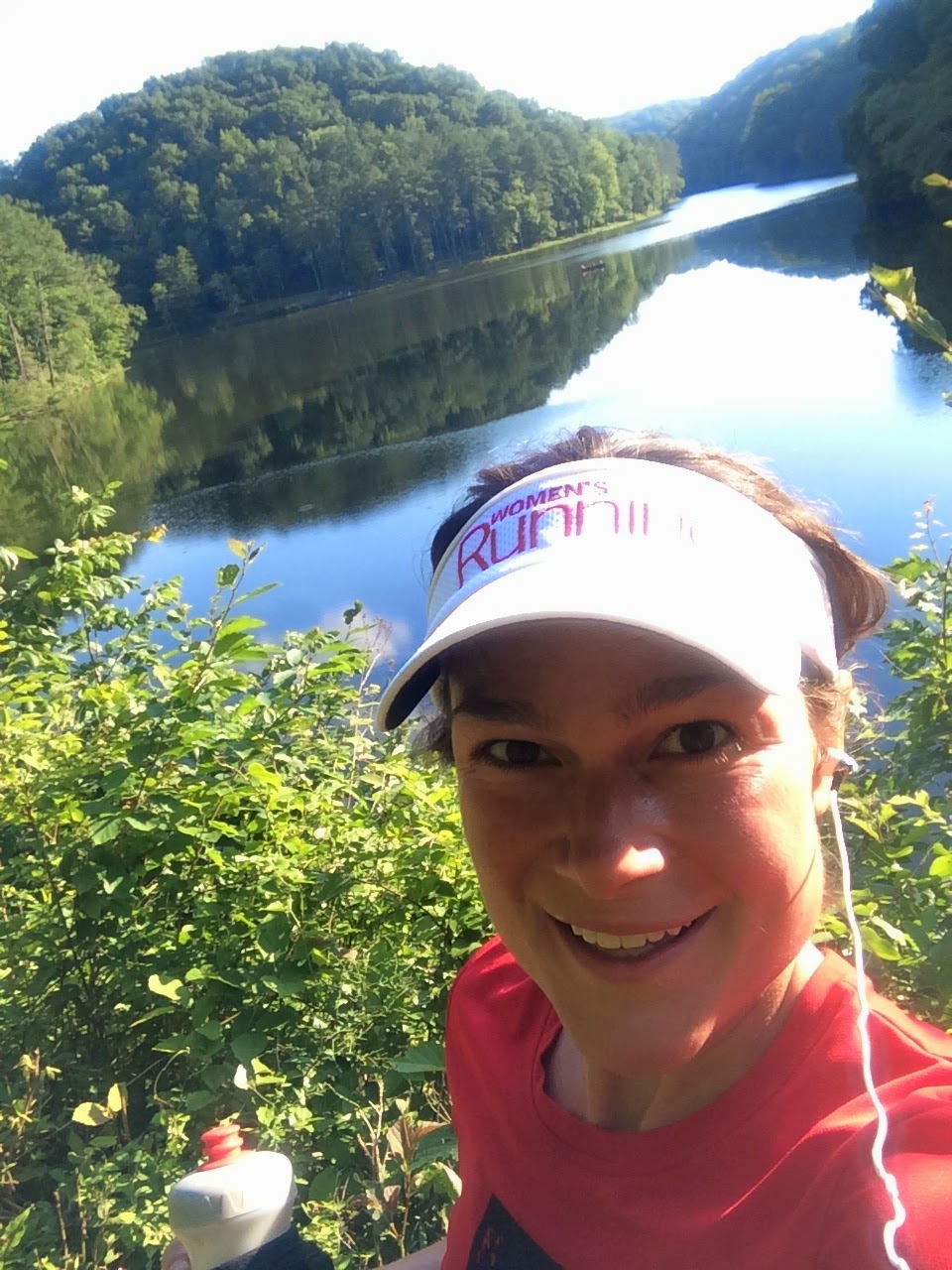 And also at home I wash my hair more than once a week. But, hey, it's vacation/camping, personal hygiene optional.

We were loaded down for the ride home. In case you are wondering, and because it matters to my husband, we only trailered the sidecar home because my husband was riding home on another motorbike, which he rode up a few days prior to the reunion for a family bike trip to the Tail of the Dragon. He doesn't believe in trailering bikes in general.

Stay tuned for part two of our summer road tripping: the Maine edition.