Let's talk hydration. Especially during these summer months, staying hydrating is clutch to successful racing and running. The less hydrated you are, the harder your heart has to work to pump blood. So better hydration equals better performance.

Along with fluid, you have to replace the salt you lose in your sweat. Here are some interesting salt factoids from Cycling News:

The average concentration of sodium in sweat is 1150 mg per litre, but can vary greatly (450 mg to 2300 mg per litre). Assuming a sweat rate of 1.5 litres per hour, an athlete with sweat of average saltiness would lose about 1700 mg of sodium per hour. Excessive sweating, combined with consumption of plain water in copious amounts (e.g., 10L in 4 hours), results in a sodium deficit, i.e., dilutional hyponatremia.

Losing salt is no joke because of the important roles it plays in our bodies. (Click here for source.)


Sodium is a vital nutrient. It’s a major component of extracellular fluid, and is essential for maintaining the volume of the plasma to allow adequate tissue perfusion and normal cellular metabolism. Because sodium is used as an extracellular cation, it is typically found in the blood and lymph fluid. The maintenance of extracellular fluid volume is an important physiologic function of the sodium in the body, particularly in regards to cardiovascular health.

Recently, I've been testing out a new hydration tool. BANa, emphasis on the Na for sodium, is serious rehydration that uses the power of salt to keep you from bonking. Dr. Benjamin Yoo created BANa after treating college athletes for dehydration. He would treat them with a saline solution given intravenously (sometimes requiring multiple bags of the solution to recover), and that's where the idea was born that they could get this treatment in a bottle on their own, no hospital stay required. One of their marketing slogans is that BANa is "an IV in a bottle." Read more about Dr. Yoo and his research here. 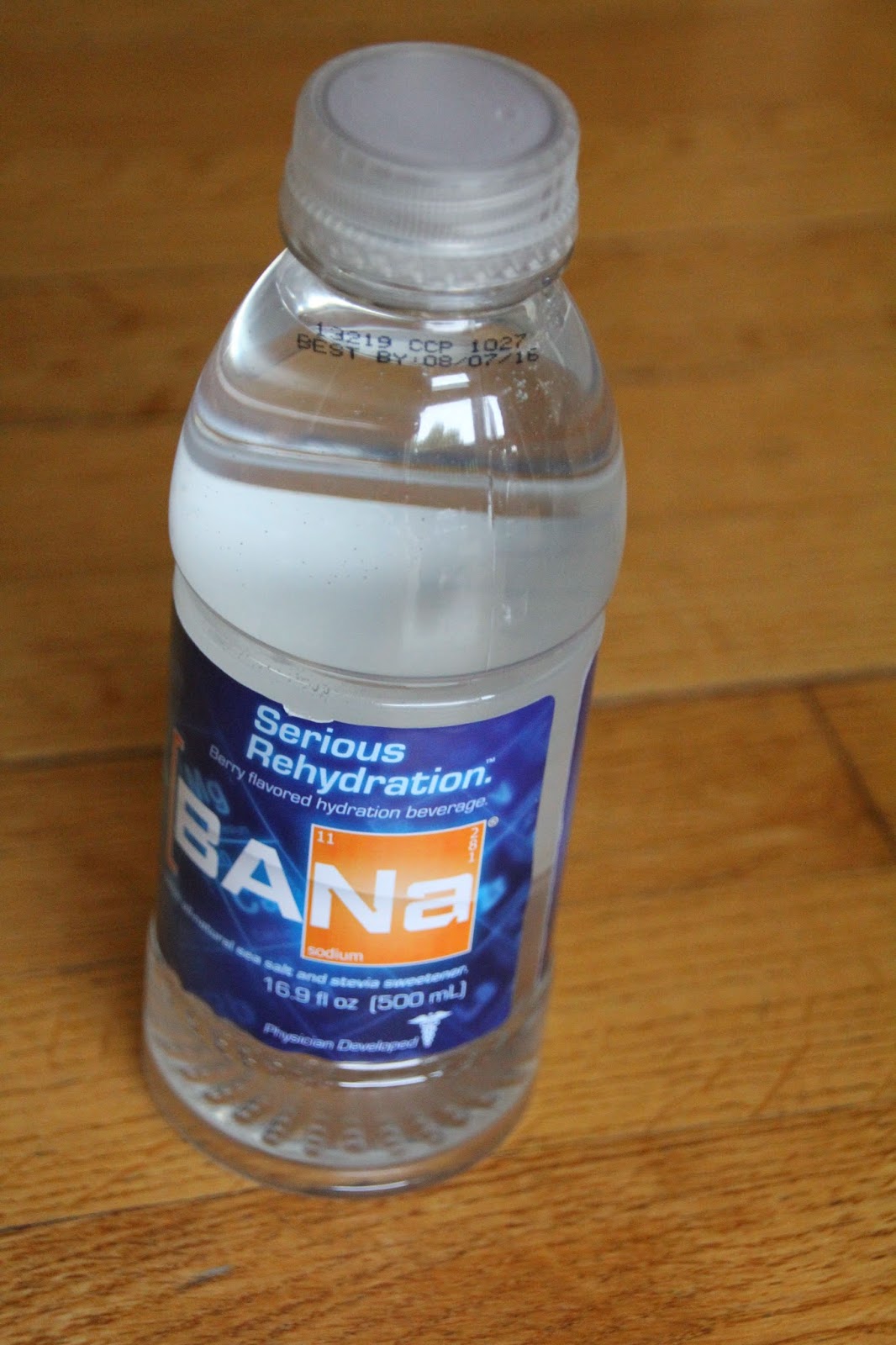 Each container has 800mg of sodium. So two of these in an hour would replace the average athlete's sodium output. This is twice the amount of sodium in a bottle of Gatorade. And if you are counting calories, this has none vs Gatorade's 400+/bottle. Plus, check out that its formula uses natural ingredients from top to bottom. 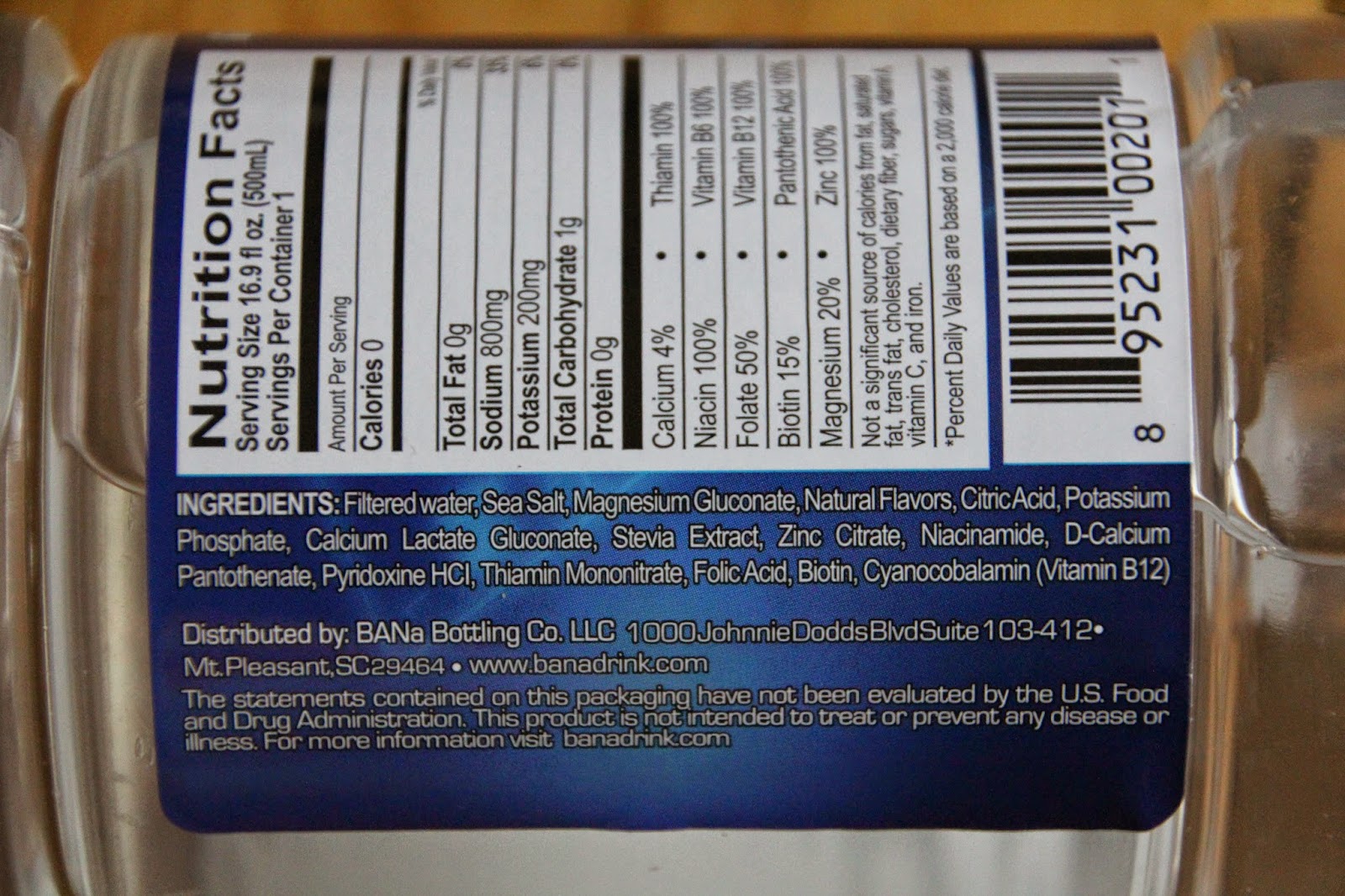 I like that it's sweetened with stevia (a plant!) instead of artificial sweeteners.

Why get your salt from a drink instead of a capsule? I've considered this a lot lately with the ease of using salt capsules, but here are two reasons to stick to traditional methods of salt intake. Salty food and drinks stimulate your thirst, keeping your wanting to drink more. Also, it's possible to ingest too much salt via capsules, and that is less likely to happen via food and drink. (Click here for source.)

At first sip, this drink is quite salty but leaves a sweet aftertaste. For my personal use during a race, I mixed it half and half with water in my handheld. I was going to be drinking constantly, so I knew the whole bottle would go down easier that way. The flavor is best when served cold. 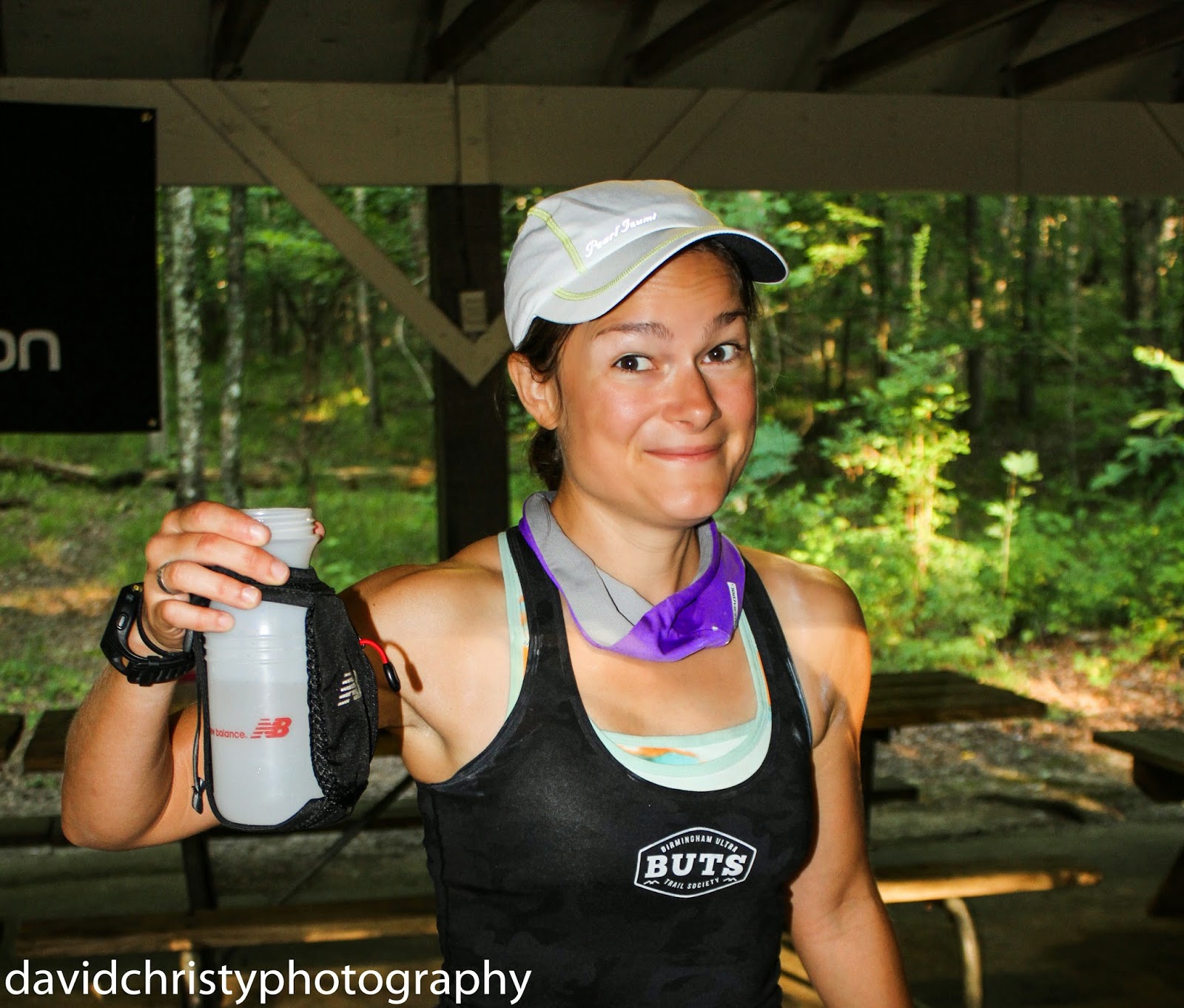 I also found that half and half was a good mix for my hydration pack on training runs. Using the tube to drink, I didn't taste the salt as much, probably because the salt taste buds are near the front of the mouth and with the pack the fluid enters near the back of the mouth. Thanks to my big brother for pointing that out. 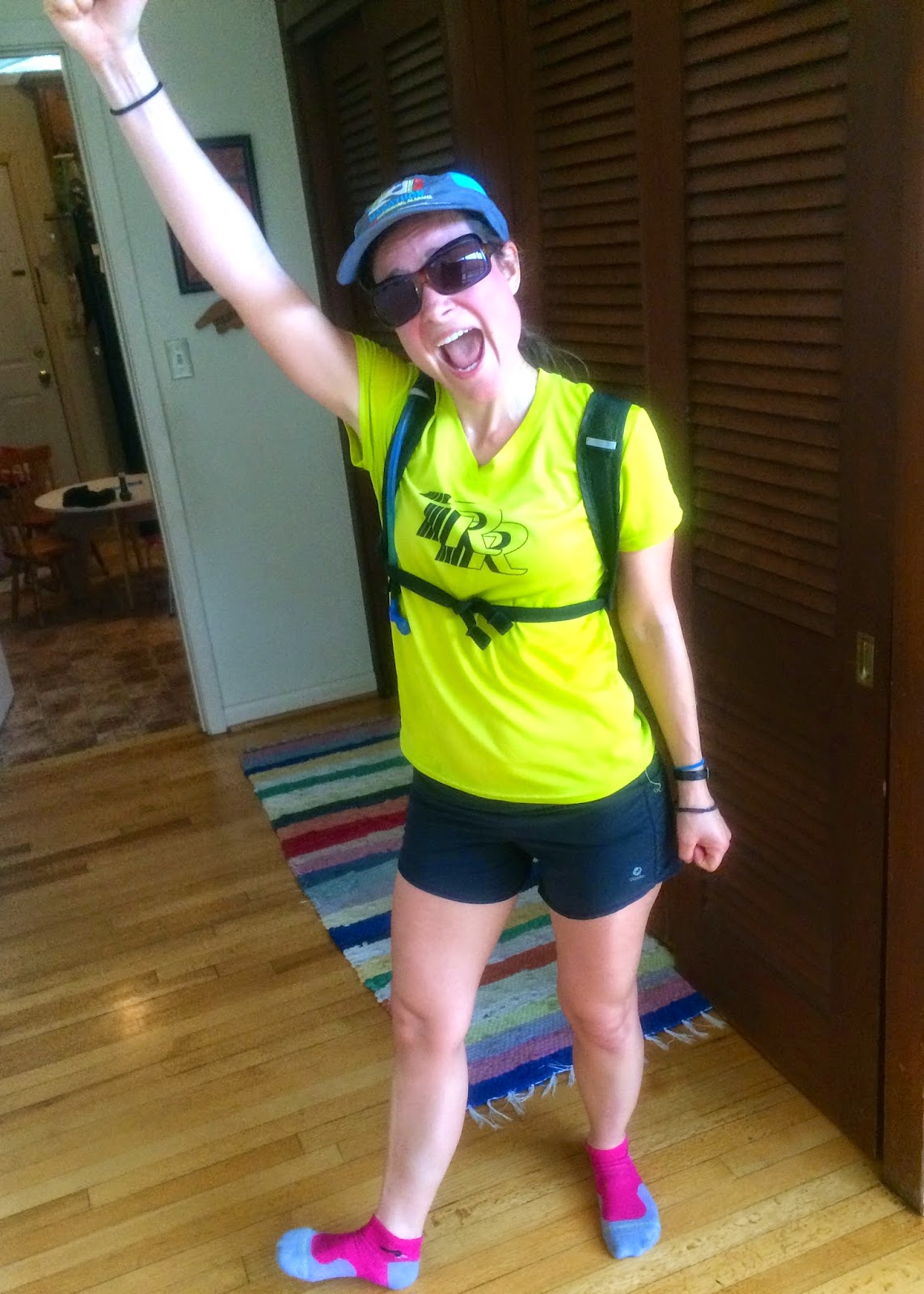 There is also a version for the kiddos when they get sick and dehydrated. 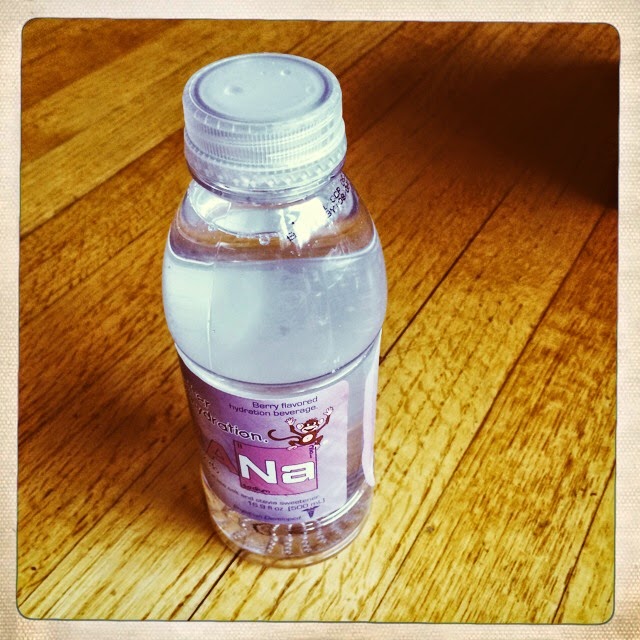 Especially for the kids, I again like that the ingredients are more natural and don't include artificial flavors and dyes like Pedialyte (compare ingredients here). (And we're dog sitting this week! We love this little guy!) 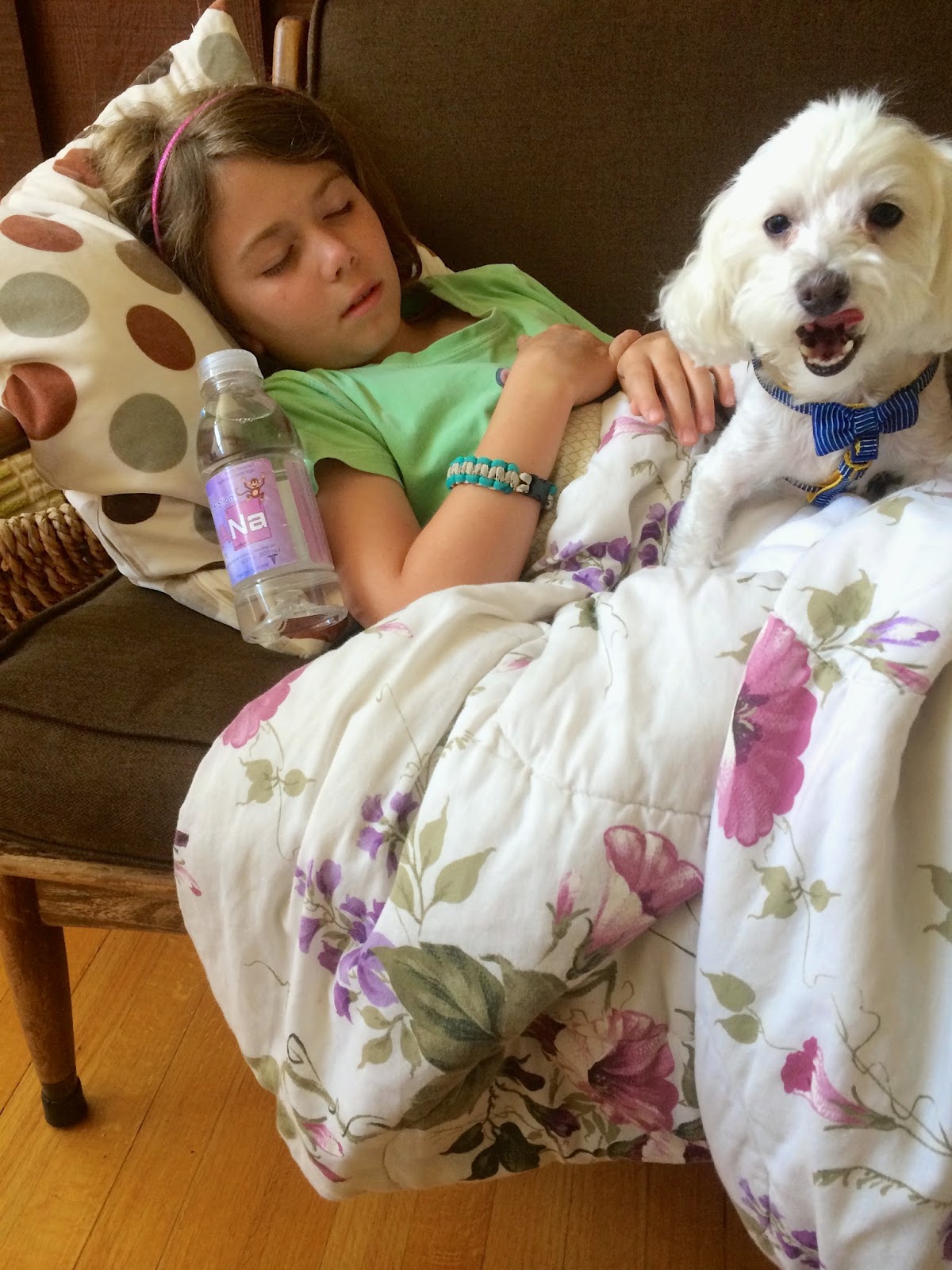 Want to try BANa out and see what you think? It's currently available at some Bi-Lo, Walgreens, Whole Foods, and Piggly Wiggly stores. Check availability in your area here or order online here.

a Rafflecopter giveaway
Posted by Yo Momma Runs at 10:38 AM