Crusher Ridge, Nashville Half, and a new dog

When life throws you a hundred frisbees at once, you're going to drop some of them. You can guess at least one of the ones I dropped by my sporadic posting on el blog.

One of those frisbees (which I am hopefully not dropping) is the planning for Crusher Ridge 5K/21K/42K, wrapping up with race day in a week and a half. Go here to sign up or check out the competition. There will be prizes for the top men and women and a post-race raffle of Oiselle awesomeness and other Alabama Outdoors goodies.

Part of planning a race is exploring the race course. Which is always more fun with friends! 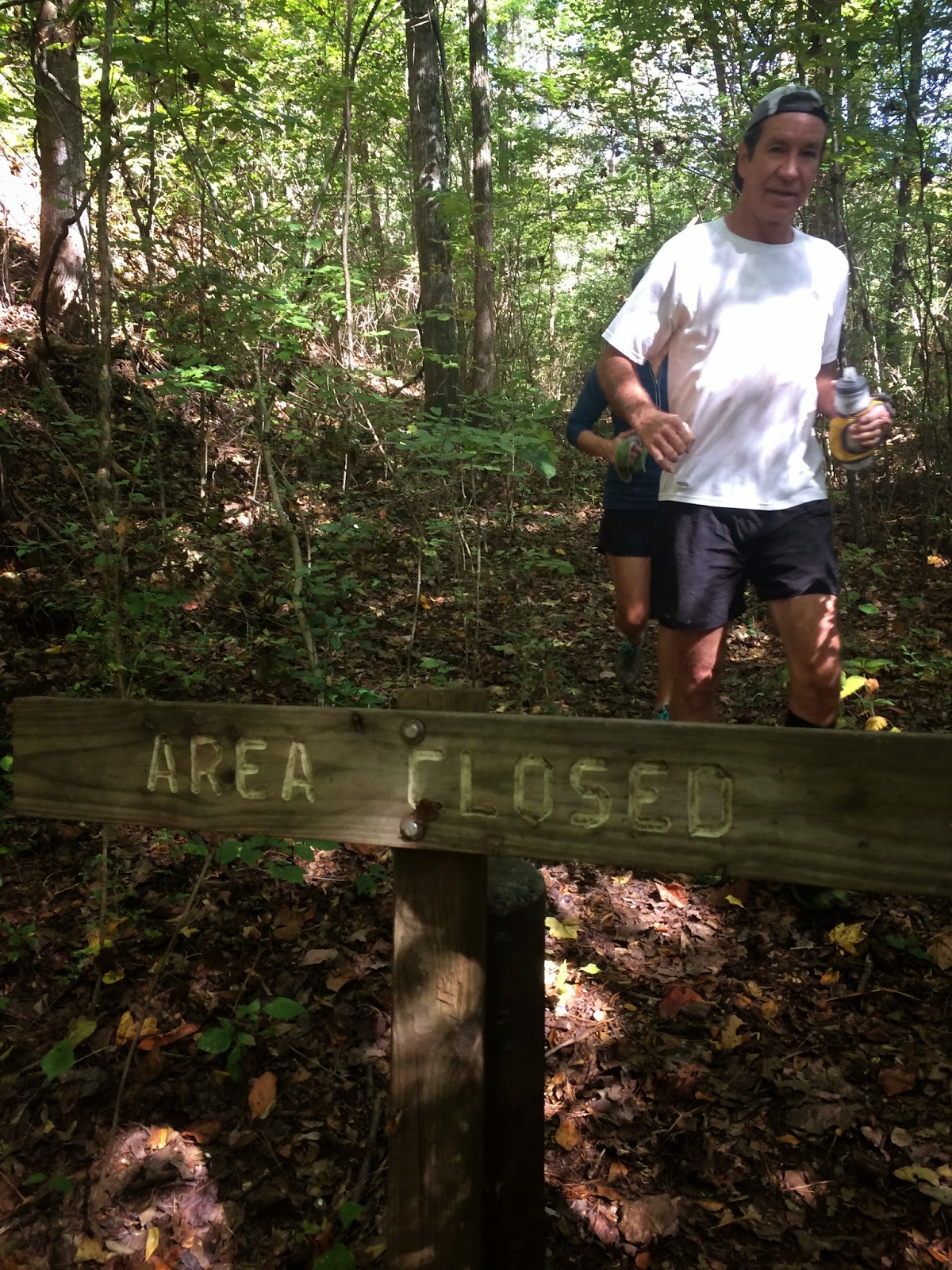 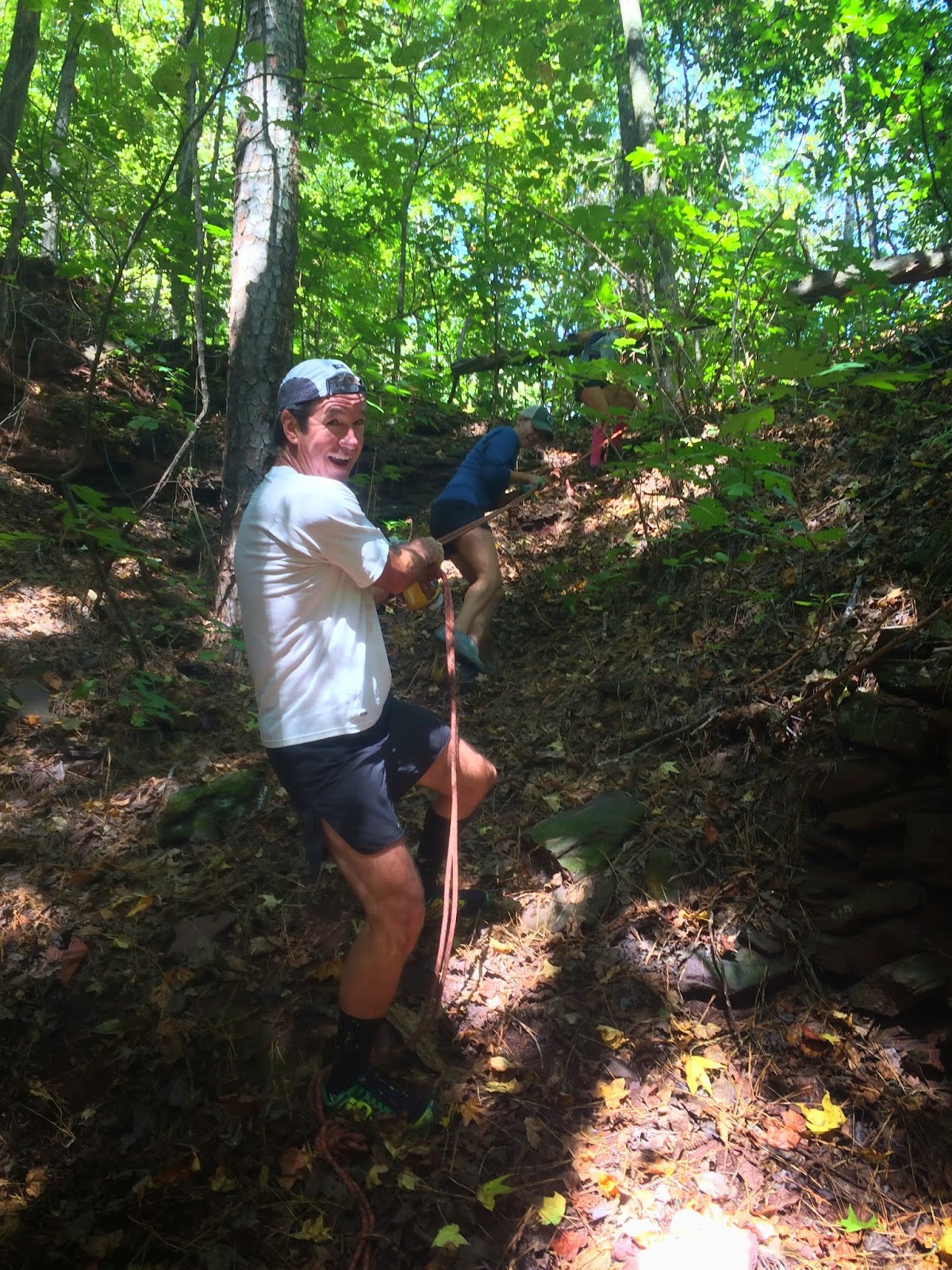 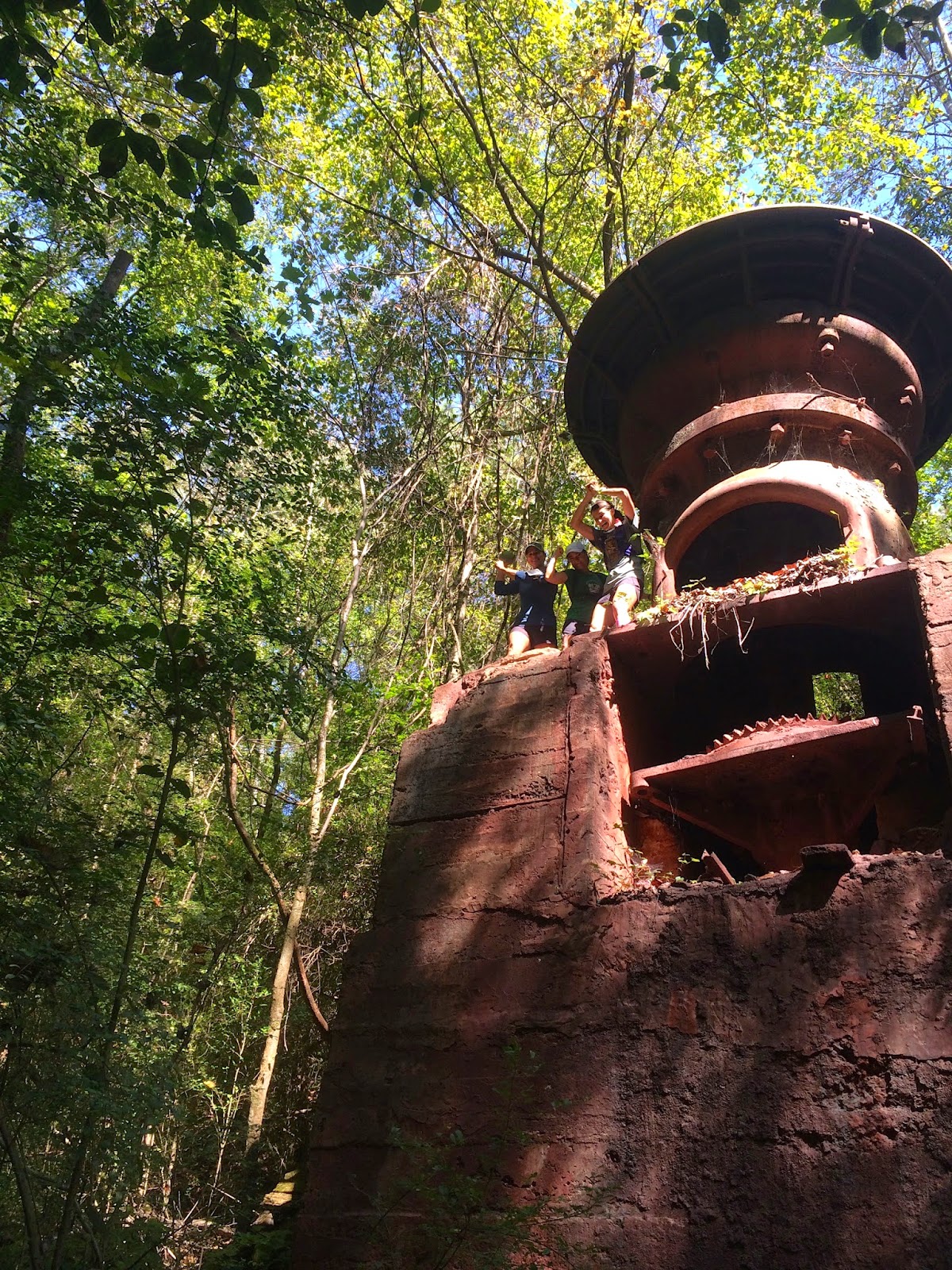 With a couple miles to go, we accidentally irritated some hornets. I got stung once on the leg, and I think it tried to sting my calf. But I was wearing my compression socks, and they blocked the sting. Take that, hornets. Well, sort of, except one week later, this is the size of the sting on the back of my leg. It was super itchy, on the same I-want-to-claw-my-skin-off level as poison ivy itchiness. Somehow, this was my first ever trail running stinging insect run-in. 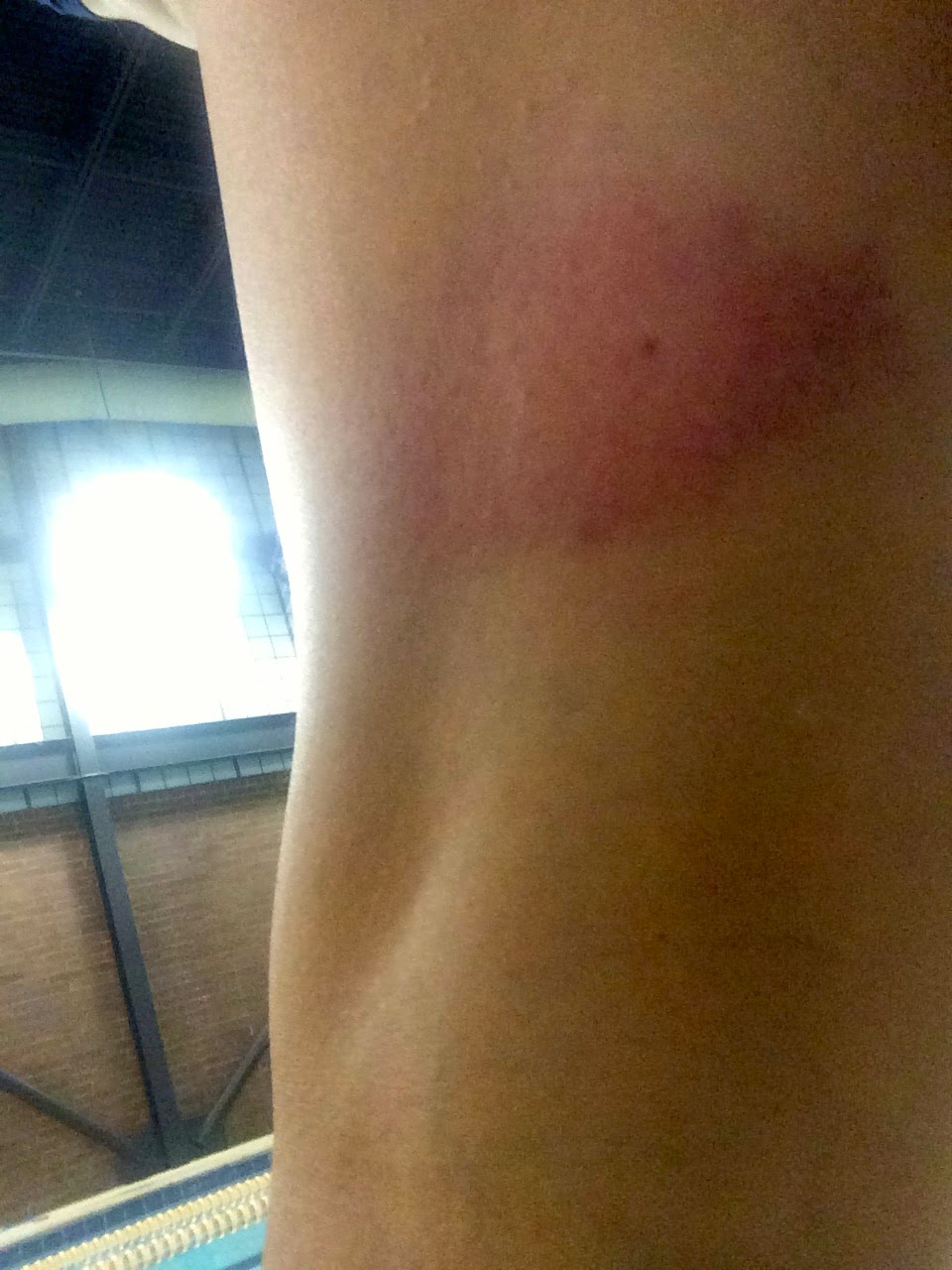 And on the not-race-planning side of things, I picked up this book from the Bell Center fundraiser at Resolute Running. Local artists donated their goods for auction, with all proceeds going to help the kids who use the Bell Center, an early intervention center for kids who are at risk for developmental delays. Trail Magic is a memoir, written by a Birmingham author/graphic artist, about an epic, 3K-mile bike ride. There is a possibility that by the end of the first chapter I was dreaming about a bike riding adventure. Between that and hiking the Appalachian Trail, my dreams are getting pretty booked. 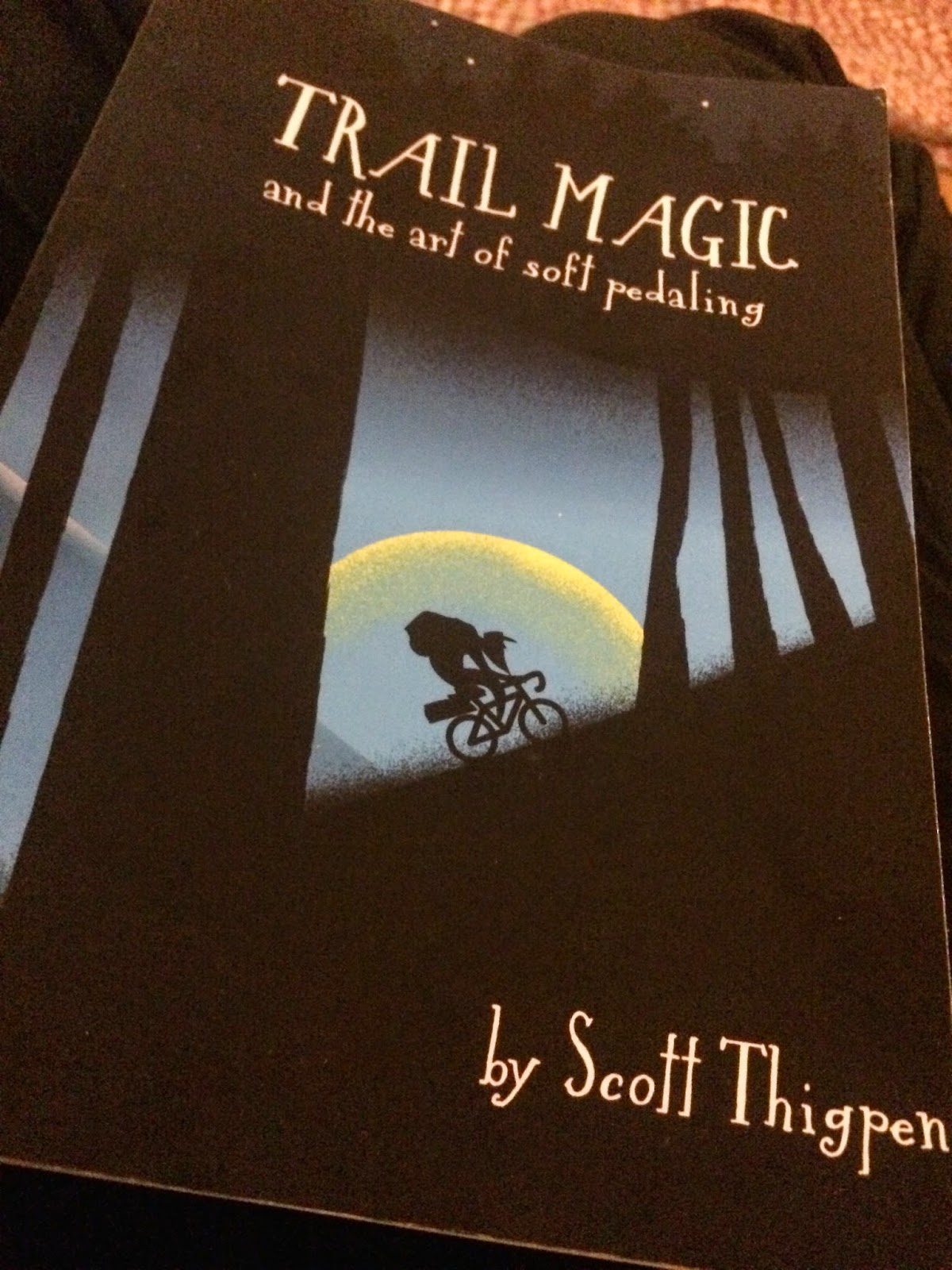 And when I wasn't reading, running, dreaming up ridiculous adventures, and kitchen renovating (we are so close to being done!), I was spending time with family.


And we are now the caretakers of a new-to-us dog. Our cousins found the sweetest dog in the woods by their farm. After trying unsuccessfully to locate the original owner (no tag, no chip, and no one contacting the Humane Society), they let us give him a new home. We don't know what type of dog he is, although some guesses are that he is a yorkie poo or a bichon frise. He is about four years old (vet estimate) and not fixed (don't worry, Bob Barker, he is now!), which is a little strange unless he was being bred by someone. 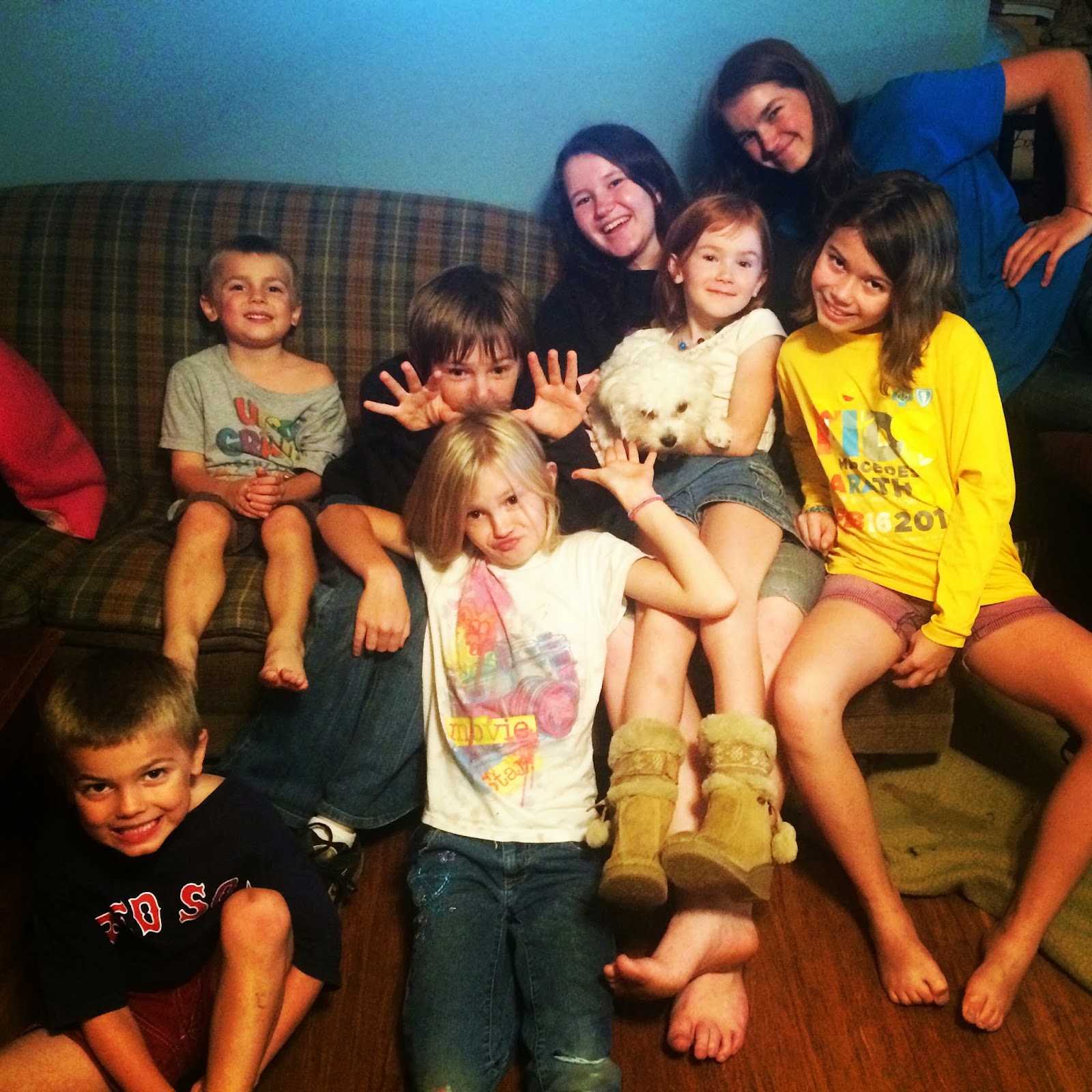 Gorki Chine Chocolate (Gorki for short) is pretty much the opposite of our last dog, calm and happy and doesn't like to attack our friends. My husband thinks he's too much like a cat, which is exactly what I like about him!

On the running front, I have a 17-mile trail race this weekend at Oak Mountain State Park. I'm just in it to enjoy it, so no crazy expectations. And after all of the racing in November and October, I'm taking a long desired and awaited break. Not from exercise in general, but from racing.


Remember the giveaway that I hosted for the Women's Running Series Nashville Half. Our winner completed the course, a success for a hot day! Here's an excerpt from her race report:

Two things I would change about this race are 1) the horrid electrolyte drink served and 2) a race bib that was simply too large - large enough to be in the way. But, there was so many more positives.  We had plenty of water stops and tons of crowd support. TONS.  Every street was closed. No one-laners for us.  Sweet. [Think about those logistics in a big tourist city.] The support we received was truly spectacular. Never having been to Nashville, this was a great way to see the city. 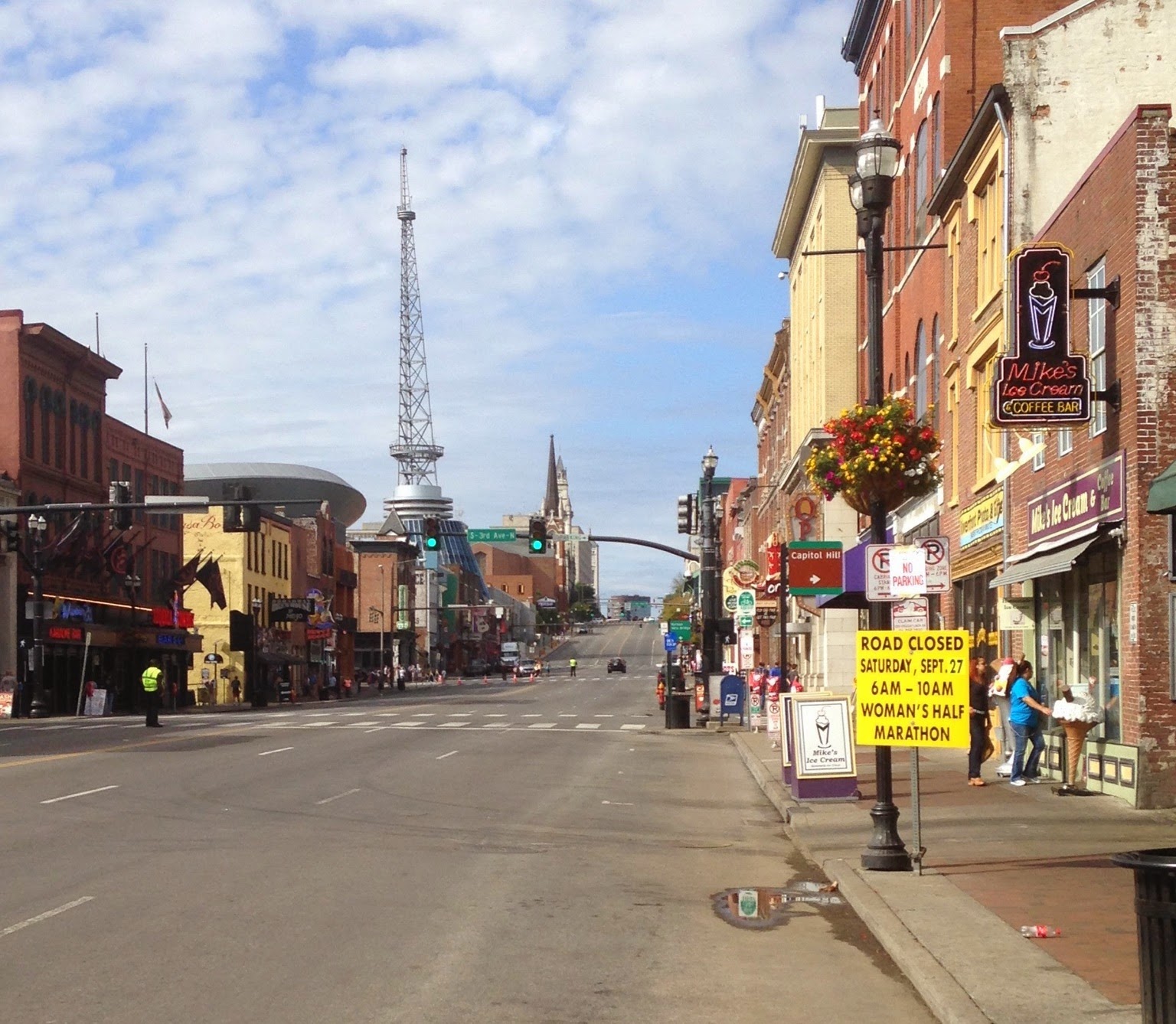 For her full report, check out her blog at hohoruns.blogspot.com!

How is your fall race schedule shaping up? Are you winding up or winding down? I really need this wind down time.

Ever been stung while out running? (don't try it!)

Are you a dog or cat family? Or a fish family? Or none of the above? We were a fish family after we lost our previous dog a few years ago. But hopefully we can merge seamlessly back into being a dog family.