My mind is like the front windows of our house. When the windows are clouded over with dust and fingerprints, I just want to close the blinds and put out a No Soliciting sign. But when I wash them (like I did this week after extensive procrastination), I roll up the blinds and soak in the kaleidoscope of leaves floating and zig-zagging all over the street and the rain cutting the scene at an angle. It's refreshing to just sit and soak it all in with a clear view.

Currently my mind is cluttered with the fingerprints and dust of unfinished blog posts and updates, and it needs some cleaning out so I can start fresh and enjoy the process again. So today I decided to sit down and write out all the things that have been floating around untyped in my brain. Half thoughts that need an ending tacked on to make them whole. And they need to move out of my head and onto paper (i.e. the internets) to make space for something fresh.

First Crusher Ridge, my inaugural race director event. Luckily I had a great friend and very organized person who co-directed the race with me, which made it feel immensely less stressful. It helped that we already had an established sponsor, Alabama Outdoors, in place before we even picked up the job.

Here are some things that we did, learned, and hope to do better next time. If you're a pro race director, a lot of this information will seem like common sense to you, but as a newbie, it was a lot to think about at once. So maybe I can help some of you other newbies out there!

1. Using Ultra Signup. Because they had used Ultra Signup for this race in previous years (I believe this was the fourth year of the event), we went that route. Ultra Signup is super easy to navigate, and if you have questions, you can email them and get a quick response. Even with the easy navigation, I still came up with several questions during the process, and each time I emailed them, they responded within 24 hours. We also used their system for timing, so as finishers came in, our finish line person (thanks, Michael!) immediately typed them in. Once he reviewed the results, he published them, and KAPOW, results were up the night of the race. Fast, efficient, affordable. We did not use timing chips. Having a dedicated finish-line volunteer is clutch to making sure the results are accurate. The fee to use Ultra Signup is that additional fee that pops up at the end of your registration when you sign up.

2. Spreading the word about the race. By the time we volunteered to help with the race, we had a really short timeline to work with. About a month and a half. The first thing we did was make sure that Ultra Signup was ready to accept registrations. Then we started posting links online in various running Facebook groups and trying to get the race listed on as many calendars as we could. We also gave away a few entries at local running events to help get the word out. Then we made all of our friends and family sign up. No really, I called my brother and sort of made him sign up. Plus, I encouraged my daughter to sign up for the 5K, her first trail race. Our biggest goal in improving attendance next year is starting the process earlier! With these longer distances, you just need to be able to plan and train more than a couple of months in advance.

3. Deciding the distances and course. In previous years, this course has been a 21K, 42K, and 63K, all looped on the same 21K-course. Because there was not huge interest last year and because we were a week before a really popular 100 miler in our area and because we were getting a late start in planning, we decided to scrap the 63K. We also wanted to open the field to people who hadn't already been training for months and possibly to friends and family of people doing the longer races, so we added a 5K. Because the course was already designed by the previous race director and resident trail bada++, Vanessa Stroud, we only had to decide if we were going to continue to alternate the direction of the course as they had in the past. Yes, we did. So if you are planning to run this next year, think backwards. All the ups will be downs, and the downs will be ups.

Unfortunately we did have some lost souls this year. We marked the course so that flags should stay on your left (there were multiple lollipops on the course to see the crushers), but I don't think everyone heard that in the morning's pre-race announcements. We also put course sentries in the most confusing intersections too. Next year we are going to make sure to not use paper that you can see through to the directions on the other side when the sun shines through it. Oops, that was my fault (sometimes recycling isn't the greatest).

4. Shirts. Basically the thing that we were worried most about getting made in time for the race. Although it doesn't take long for companies to actually print the shirts, there is still delay time with getting numbers together and getting artwork finalized. We opted for the soft cotton, gender-specific shirts because we had gotten them before at other races and really liked the feel and fit. And we are tired of tech shirts! The only problem with most of these shirts is that they run small, so it makes estimating size needs more difficult. We also brought leftover shirts from last year in case someone didn't like this one or in case we ran out of their size. Because we didn't close registration until the night before the race (and a lot of folks took advantage of signing up at the last minute), we got really nervous that we would run out of shirts. We had a handful of shirts left over after the race, which we gave to our volunteers, which left zero shirts remaining from the race. Some things I might do differently next time: add a note about shirts running small (if they do) on Ultra Signup and only guarantee shirts in chosen sizes for people who sign up at a certain date (like two weeks) before the race.

6. Know your location. Ruffner Mountain is 1,000+-acre urban nature preserve here in Birmingham and was formerly mine land that produced up to 200 tons of raw ore per day. The crushers that the race is named for were used to do just that, crush giant rock into smaller pieces, and they are still on location throughout the park so that runners can see this piece of history during the race. 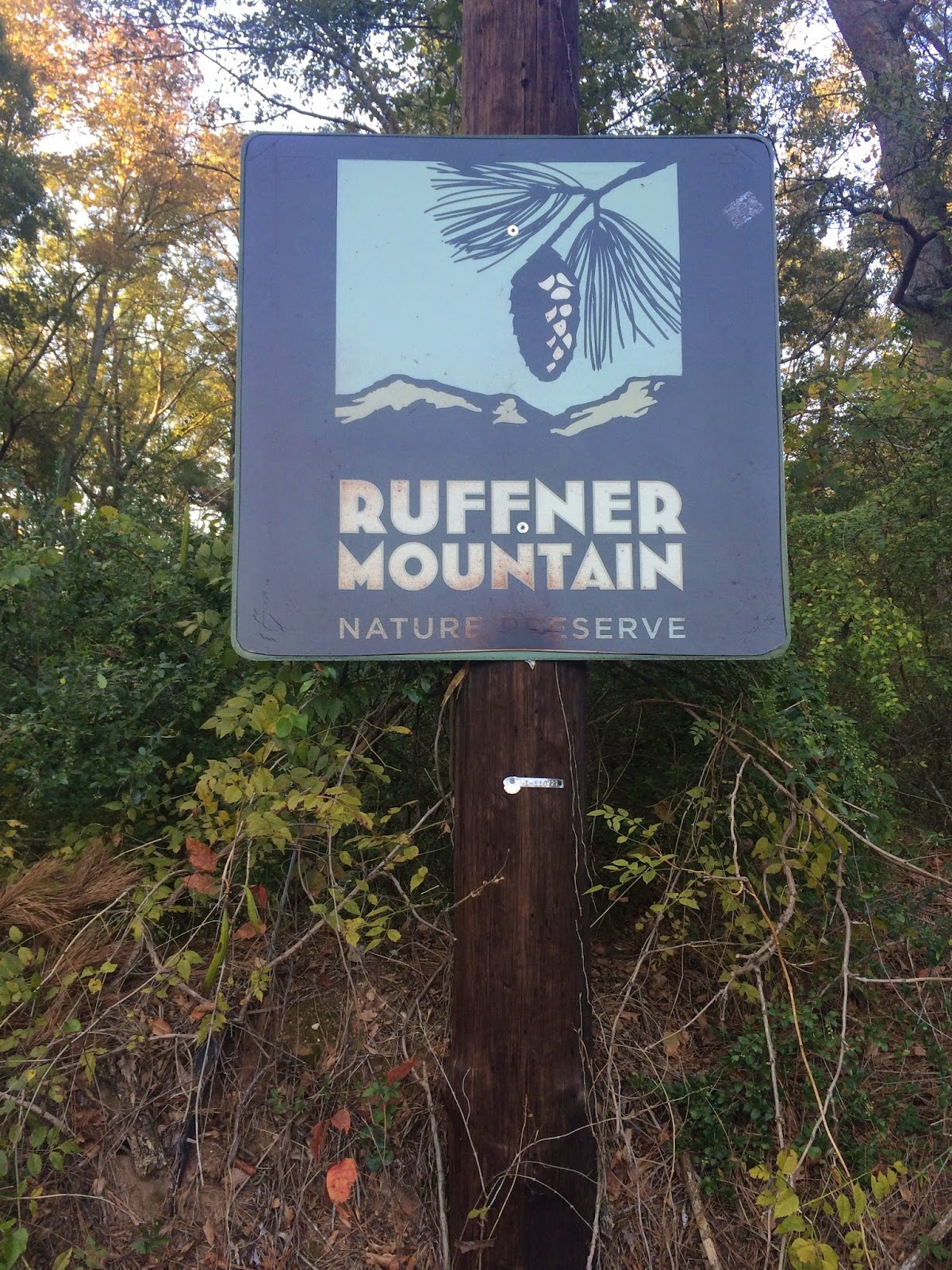 It helps to have spent a significant amount of time exploring your race site to figure out where you'll put aid stations, how you'll access them, and how to transport materials to them. Even when you try and pick the easiest routes for aid stations, you may end up hiking a mile carrying folding tables and jugs of water.


7. Finding sponsors. Because we already had Alabama Outdoors in place as the main sponsor, we didn't have to put quite as much energy into this as we would have if it were a brand new race. AO provided raffle and award prizes and other swag (and insurance!). We reached out to a few other companies that we love as well. In addition to the Exceptional Foundation creating our medals, Oiselle donated prizes for the race, and David Christy Photography spent all day taking amazing pictures. If you don't already have sponsors lined up, start with products or stores that you respect and frequent. Then work out from there.


A few of the many great pictures from David Christy Photography!


8. Volunteers are the glue! Seriously, we could not have done it without the many volunteers for this race. They helped mark the course, staff the aid stations, work the finish line, point people in the right direction along the course, sweep the course, track the runners, and hike that table out that we hiked in.


It helps to make a list of specific jobs that you know you need assistance with and what times you need people and fill in volunteers according to their availability. It also helps if you can bribe them with swag, like shirts, race entries, or free socks. Or you can just pray that people will step up to help because they love it. We are for serious so lucky to have tons of willing volunteers in this community! Especially the ones who volunteer at race after race. You know who you are!

9. Take all the notes. The whole time we worked, I took tons of notes so that I could try and remember what we did, what we liked, what we hated, complaints people had, music we wanted to play next time, sealant we could spray on the baked clay medals, food we ran out of, and Coke we forgot at the finish line (how did we forget this!). 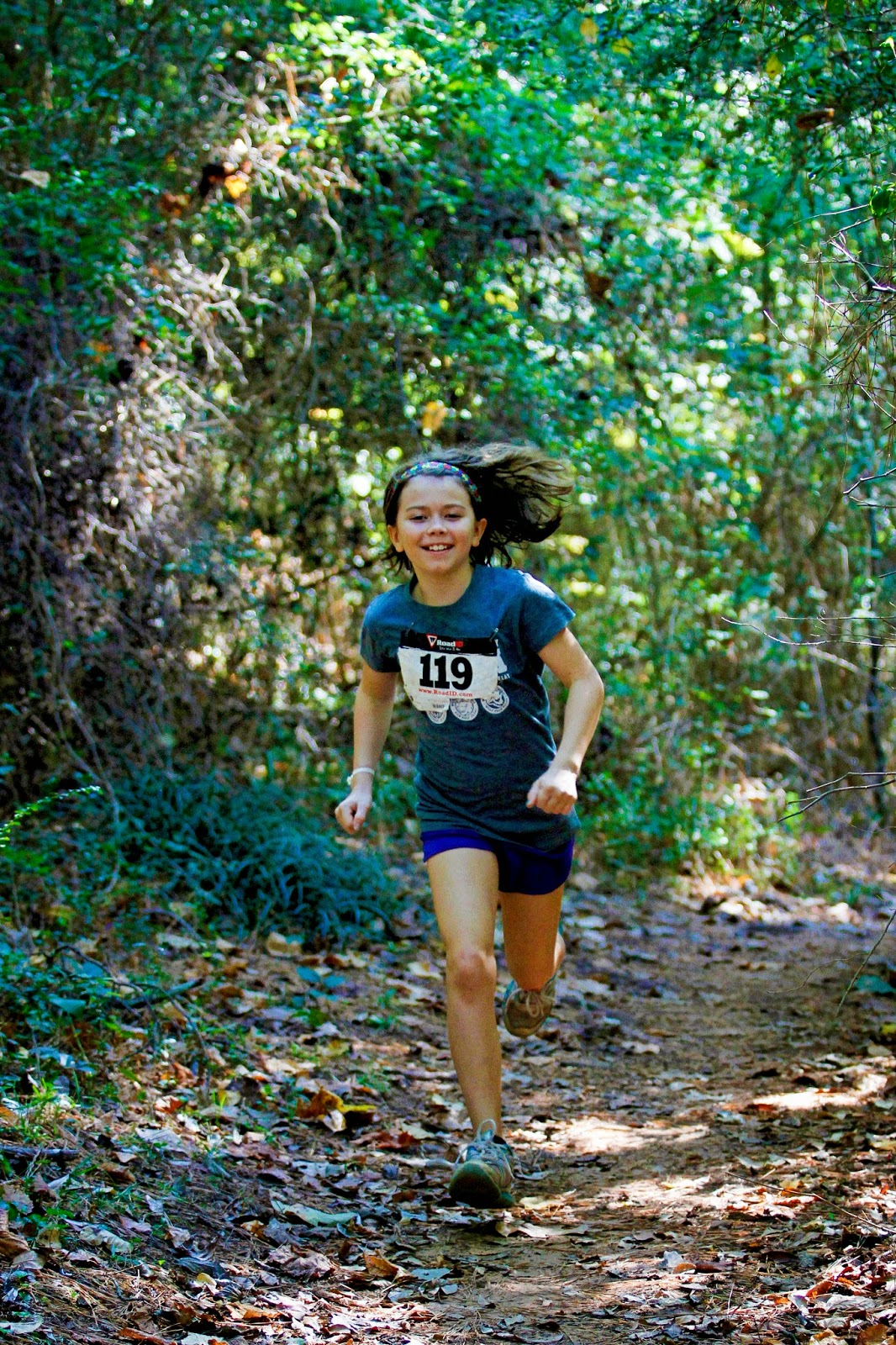 10. Bullet list race day. Run down what has to happen when and what time so that you can start the race on time. I feel like you can forget a million things that people won't notice as long as the race starts on time. My personal favorite part of race morning was giving people unexpected free SmartWool socks (thanks, Alabama Outdoors) when they were checking in for the race. And we assigned every job we could think of to volunteers so that Mary and I could handle all the things that came up that we didn't expect, like running out of cups at the aid station or helping lost runners get back on track.

What do you love to see at the race finish line?

What could you live without on race morning?

Top three most important things to you during a race (excluding awesome weather:))?
Posted by Yo Momma Runs at 9:14 PM