Cheers to the race that I do every year, the Savannah Marathon. Except this year, I was left feeling a little hollow about running it because I had no big goal. Last year, I got to pace my friend through her first marathon there, and going back and running it all by myself with no friends or goals in site just felt sad.

I had been training for the 50K distance on the trails, so the marathon mileage would fit into my plan. But how was I going to make those four hours pass pleasantly? Yes, it is a race full of folks, but running with a friend sometimes spoils things for you. Running a solo race just isn't as fun after running the same race already with friends.

So I thought and I thought and I stewed and stewed. Or kind of just ignored it until a few days before the race. What is something I've never done in a marathon before? Well, lots of things, but one standout was the negative split. My natural inclination is to go out too hard and sufferfest the end of a race. So I decided to try and play this race smart. Having not done much (or any) road marathon training, I knew that I wasn't going to set any records out there. While trails and trail running are amazing for a million other reasons, leg turnover in road racing is not one of them. Usually.

Travel: We left Friday morning (instead of later in the day) this year, and that worked out so much better for the six-hour drive! The traffic wasn't slow going on the way there, and the packet pickup lines moved much faster. The expo itself still felt crowded, but nothing we couldn't easily navigate.


Expo: The past few years, Brooks has hooked up this expo with a lot of fun games for the kids, but this year just fell flat. There was a photo booth that was broken and a crap ton of merchandise for sale, but other than that, just nothing. So we scooted past the entry rather quickly.


We found a couple of other booths that were entertaining for children. The founder of Skirt Sports was there, and now I love them because of how sweet she was to my daughter. That's one down-to-earth friendly CEO right there! And my daughter was so embarrassed by my picture taking that she couldn't even look at the camera. 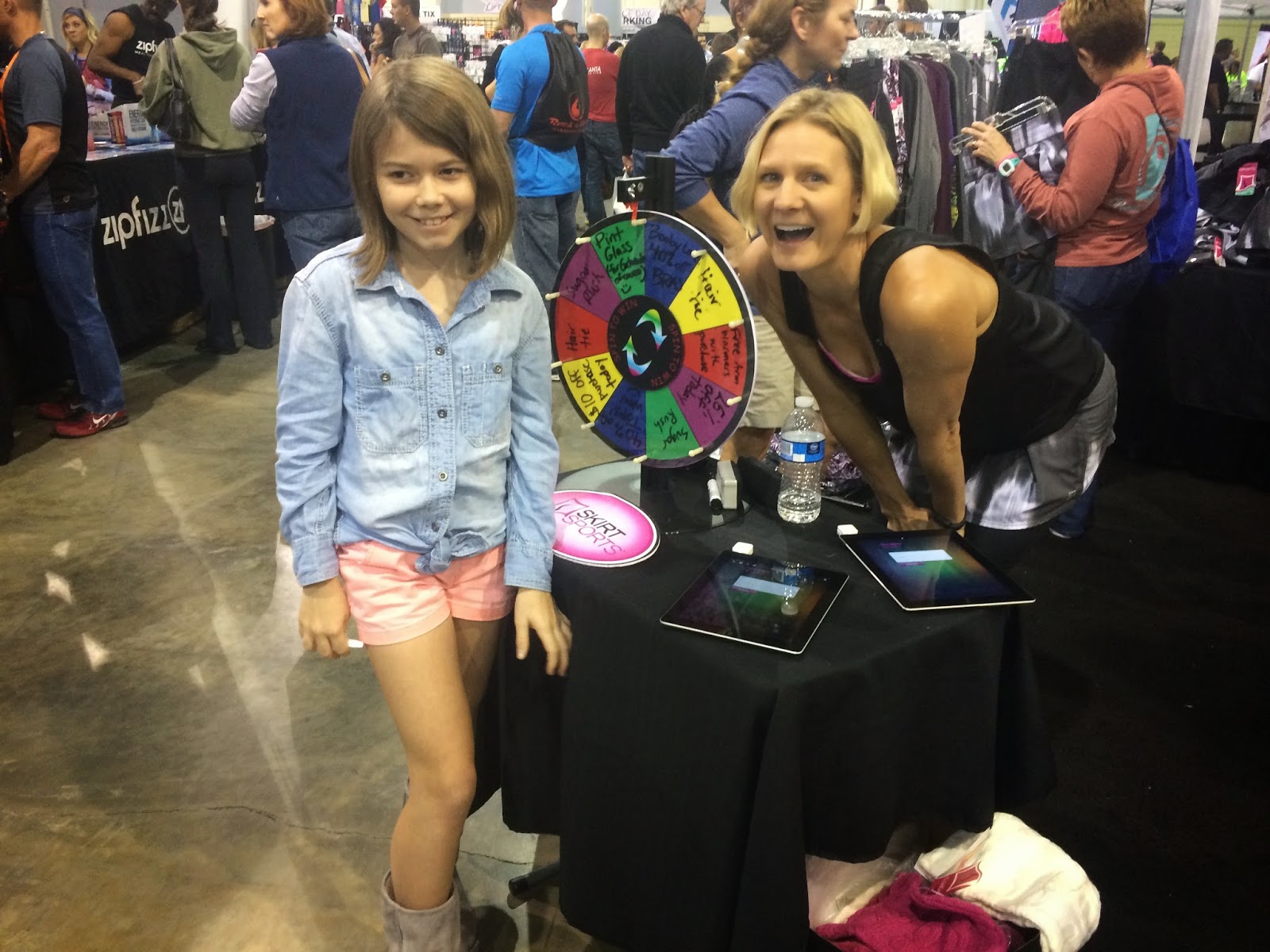 She also won some magnificent foldable glasses. This pretty much sets her for life in the Best Sunglasses Ever department. 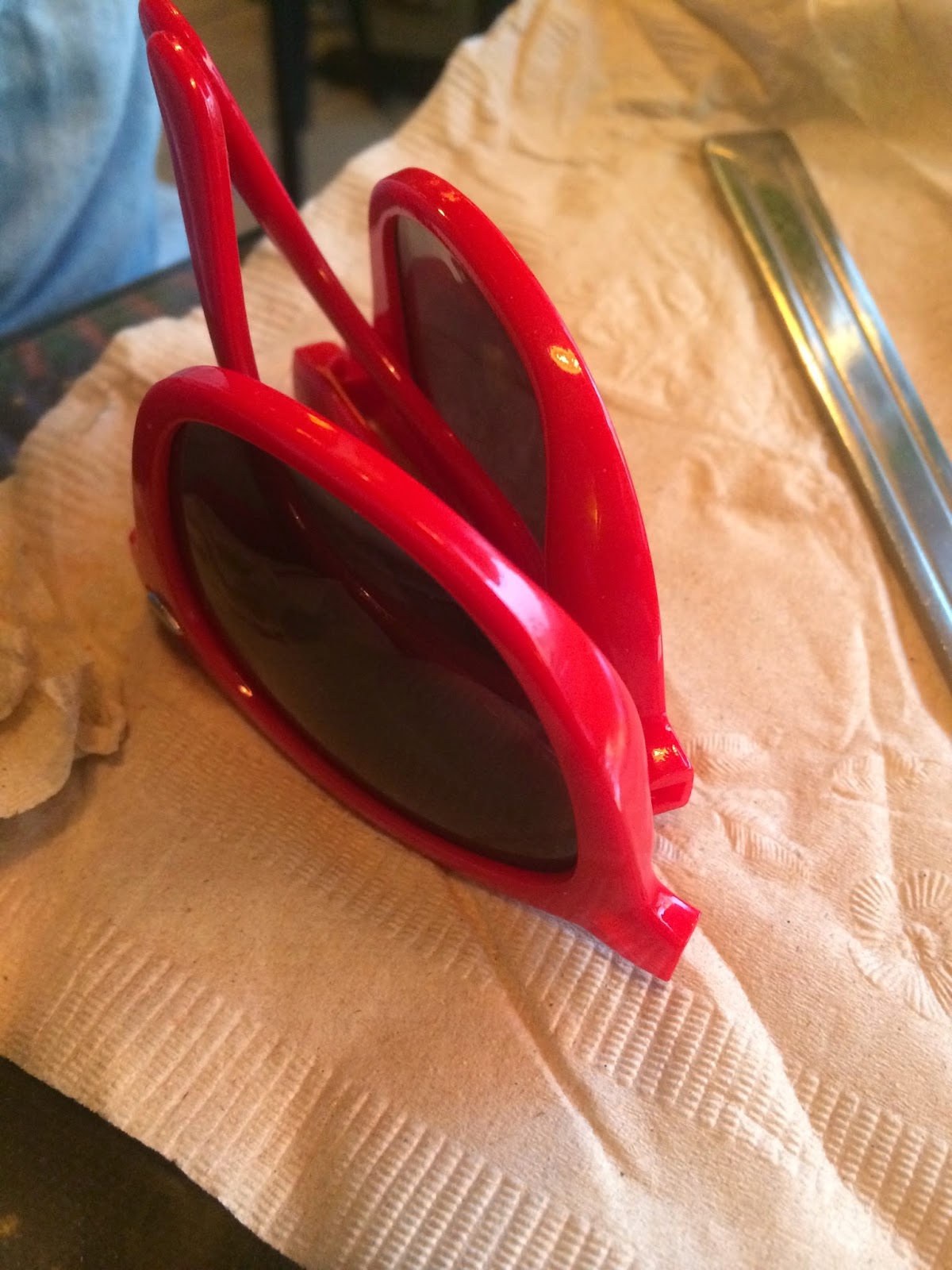 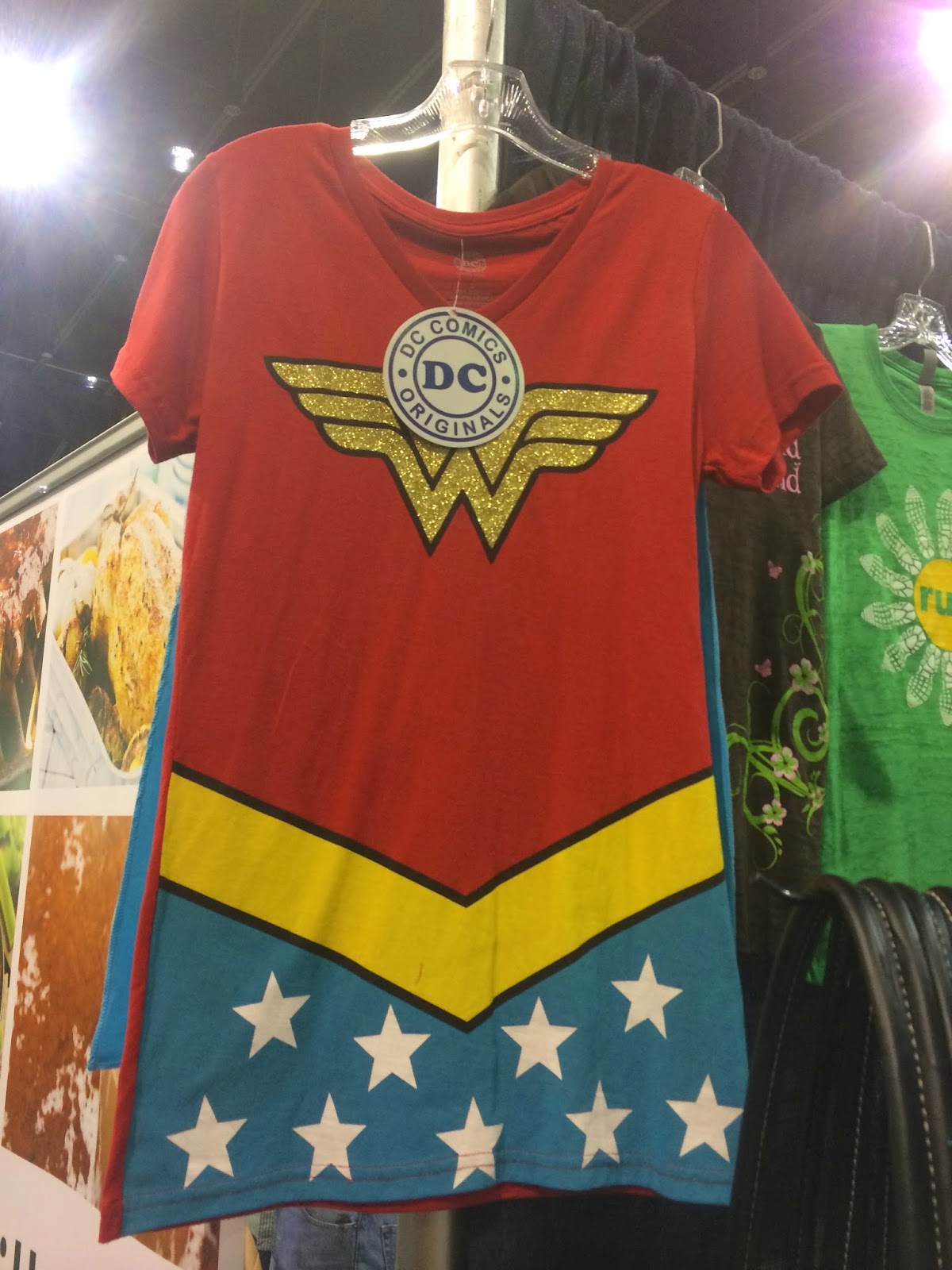 Somehow this was a surprisingly good drink. I have never blended collard greens before, although I love them cooked the traditional southern style. 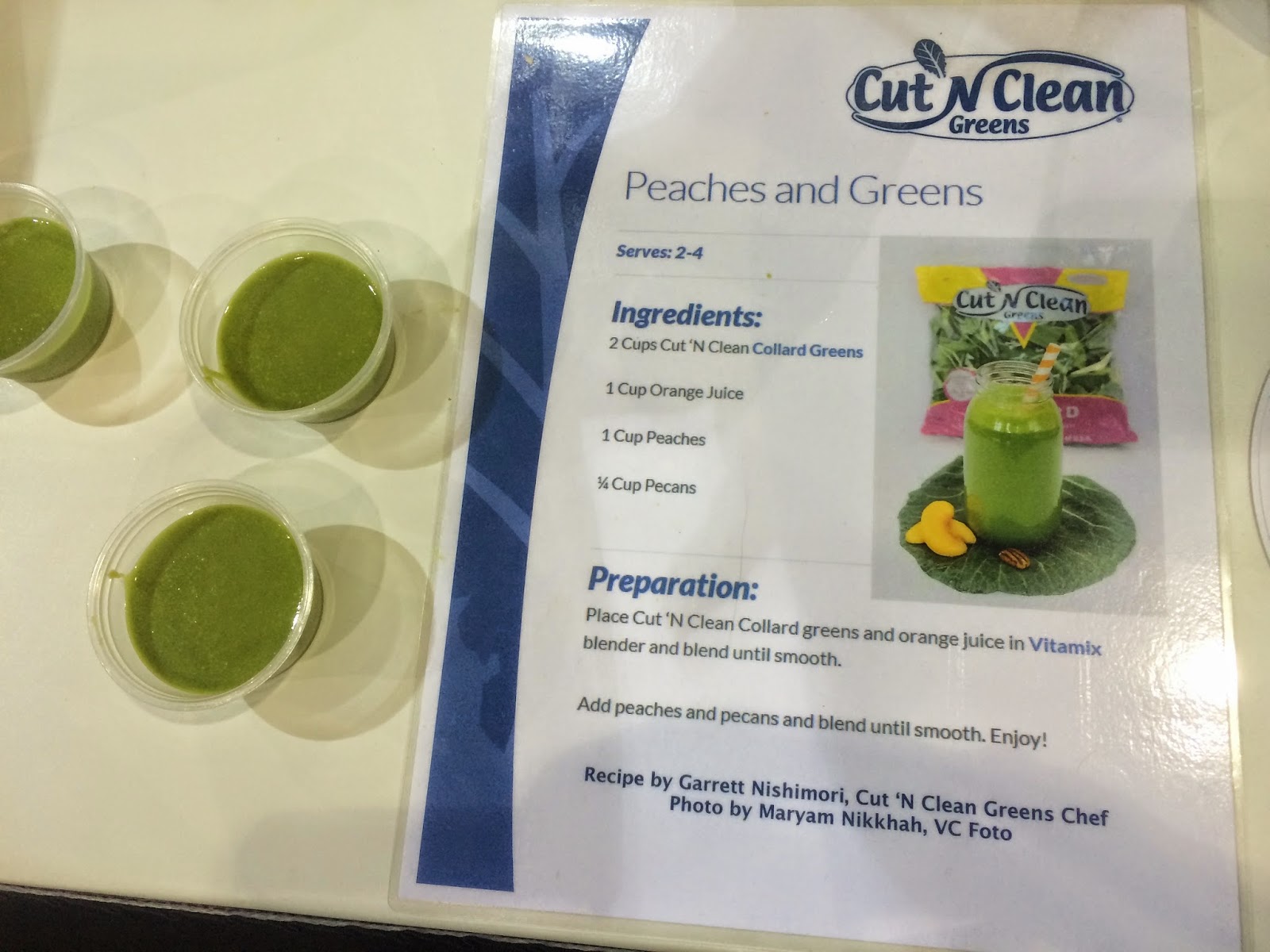 Swiftwick has new colors!! I'm sure this is old news to some of you, but I hadn't seen these blue ones before. And currently I am adding them to my Christmas list. 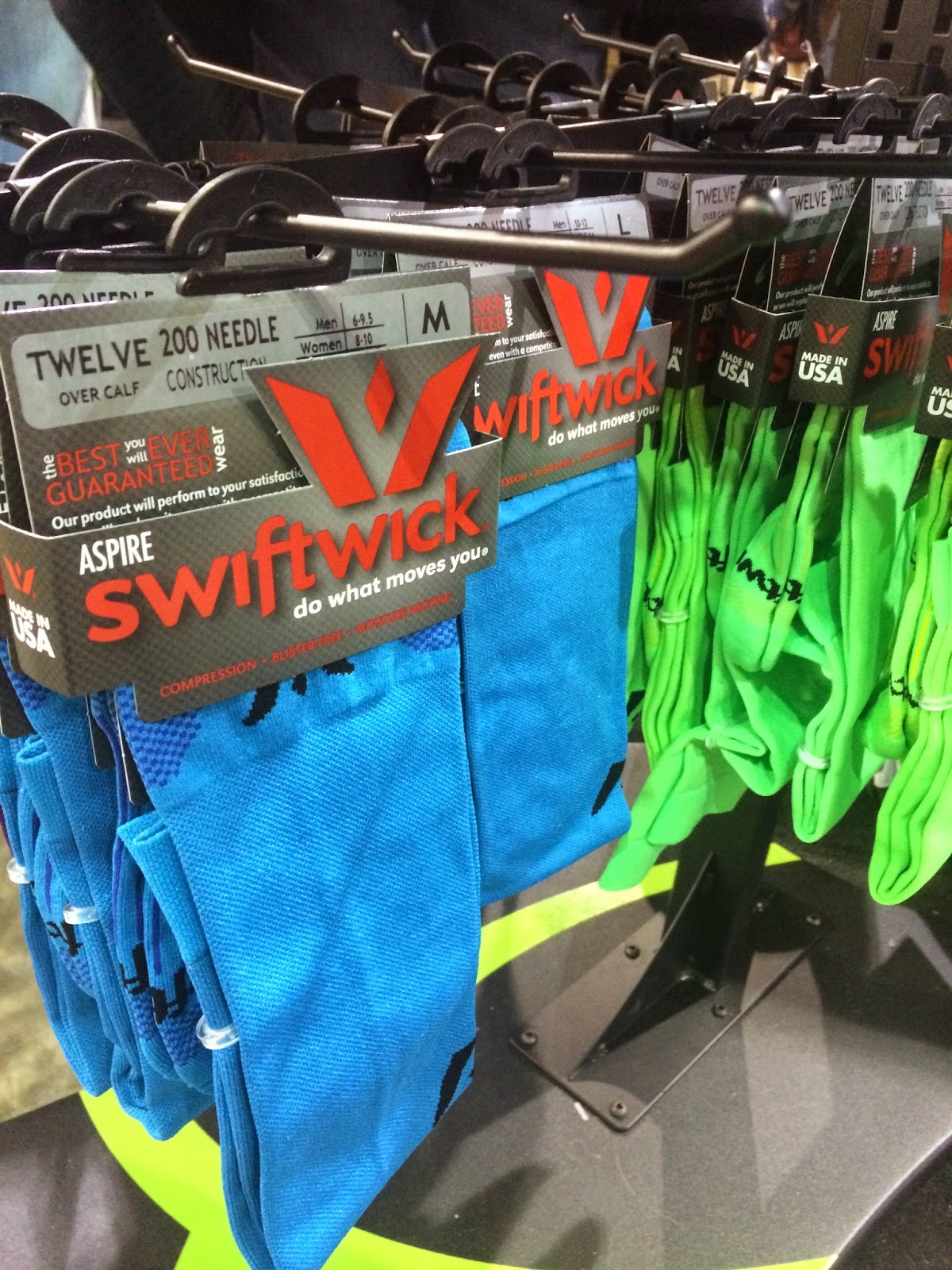 Overall the expo was fine, but I have to go back to being disappointed by the Brooks booth this year. That's the problem with making things awesome. If you go back to average, people notice.

Gear: I dusted off this old thing and charged it. It's been a while since I have used a Garmin to measure splits in a long race. It was engaging and a little obsessive at the same time. Part of me enjoyed the change of running completely by feel to running by Garmin split time, but that left me looking at my watch every two seconds, which has major drawbacks. 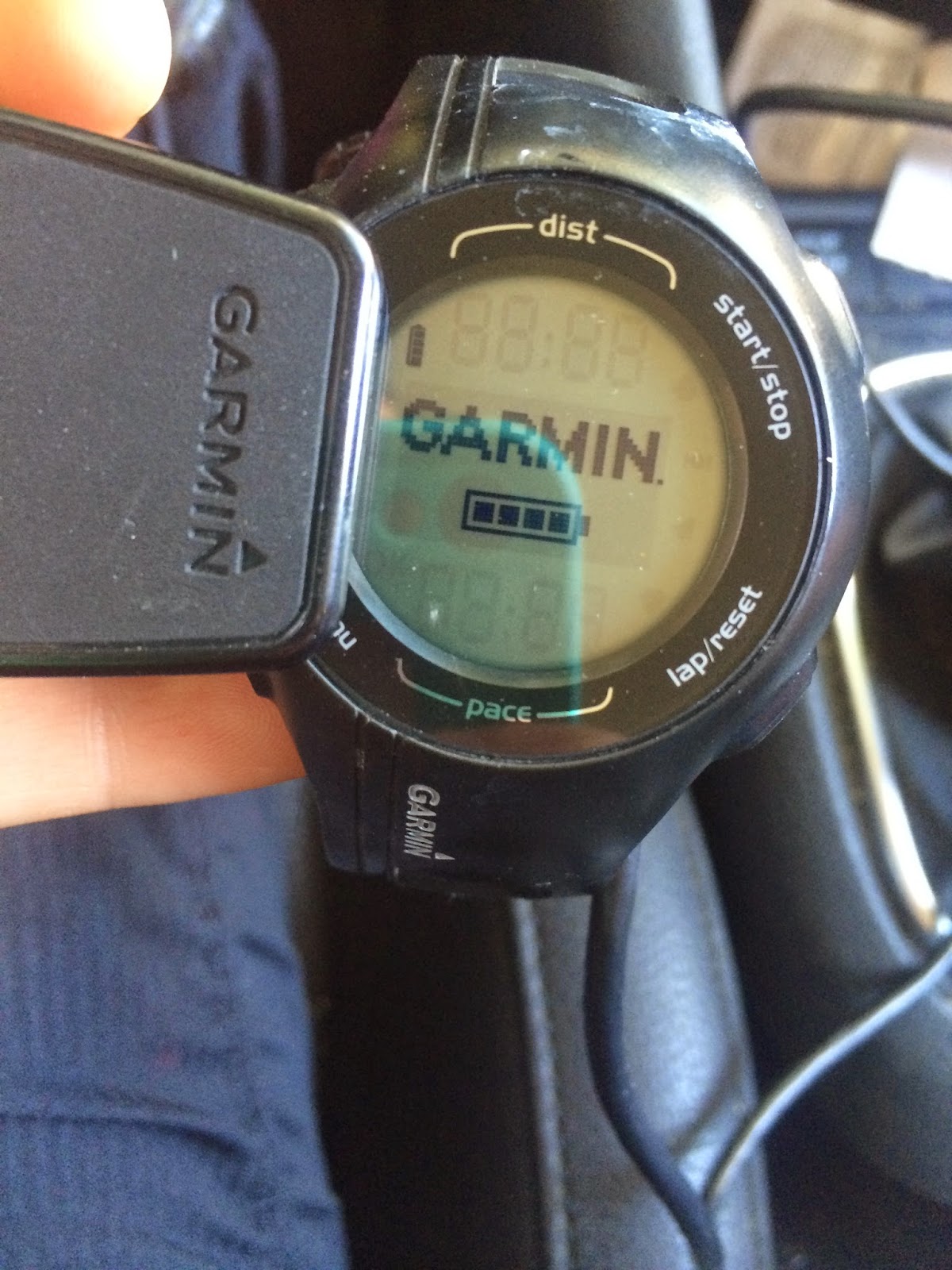 Pre-race meal: We ended up picking up a quick bite at the Kayak Kafe, and I couldn't be happier about it. The pulled pork and pineapple tacos were the perfect blend of savory, spicy, and sweet, and they met my requirements of no pre-race gluten, not too much meat, and a little bit of veggies to keep the pipes moving. 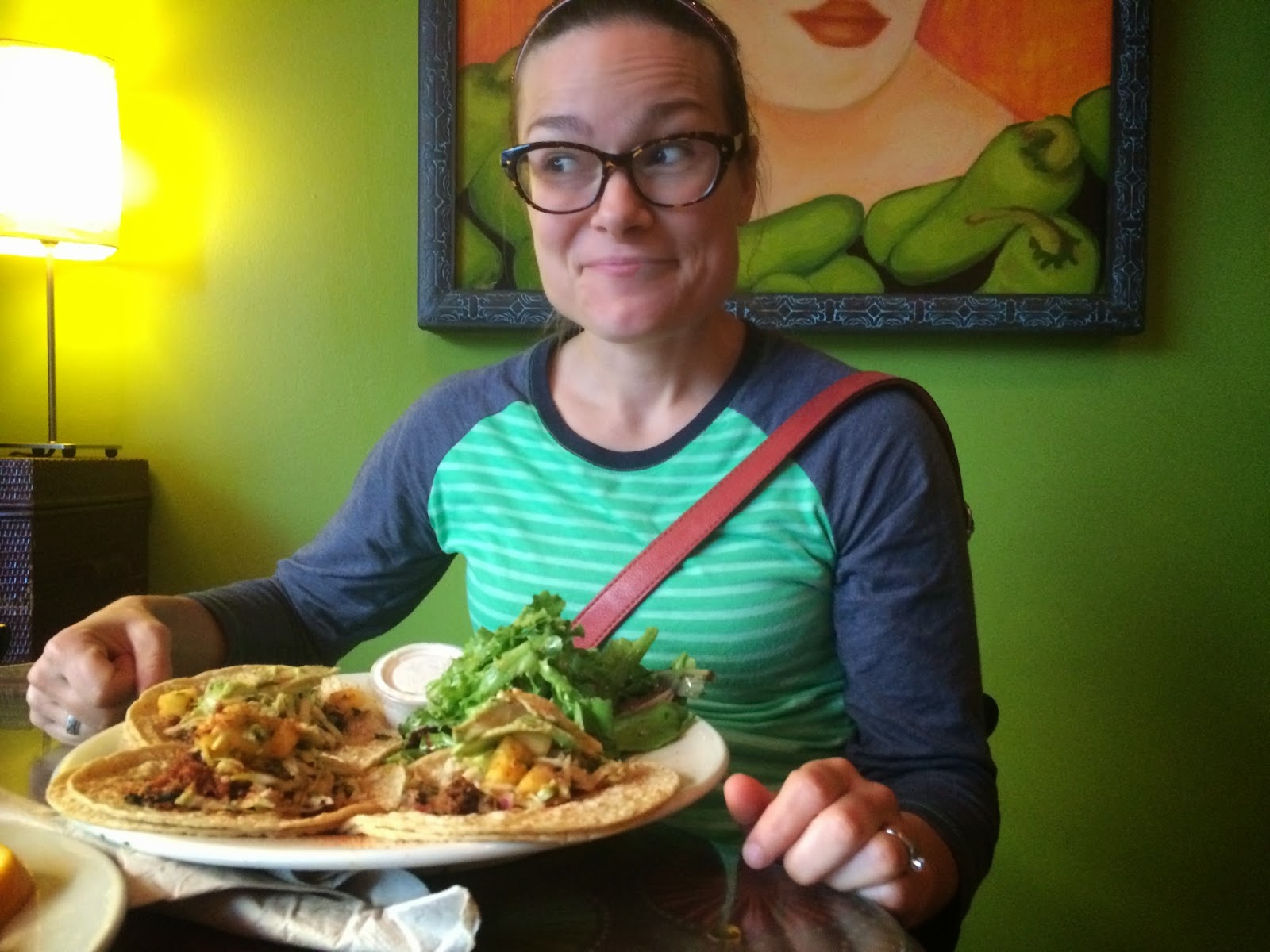 Bella says the mac and cheese was pretty tasty too. 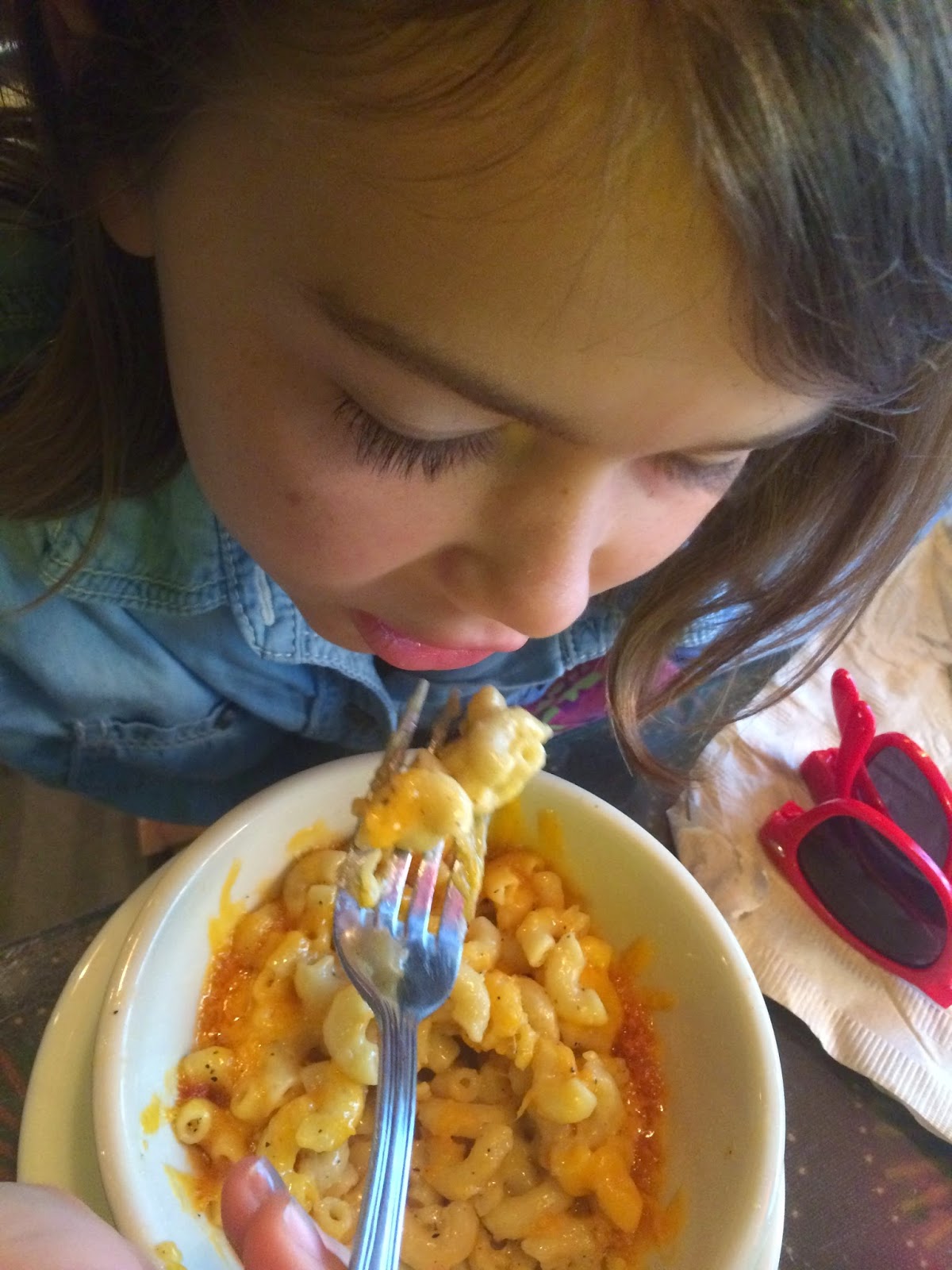 Race day: I had high hopes for cool temps, but we still got into the 70s by the end of the race. And without any shade on the Truman Parkway, you really feel those 70s.


The race start was crowded as usual, so I made sure to meet all of my bathroom needs before I left the house. Luckily it never takes us long to drive and get dropped off at the start.


Amazingly, I was able to find several of my friends who were there that day. Diane and her niece (below) ran the half together. It was her niece's first half, and bonus, Diane set a 20+-minute personal record. Fireball for sure!


Somehow I was then able to spot my other local running buddies, Ekke and Mary Scott, in my corral. Even though we were in the same corral, they were planning to run much faster than me, so I scooted to the very back of the corral. Note to self: starting in the back of a corral is awesome. Lots of (or at least more) space to maneuver and less chance of getting caught up in someone else's pace.


The sky was just settling into daylight after the sunrise, making the first couple of miles just gorgeous. 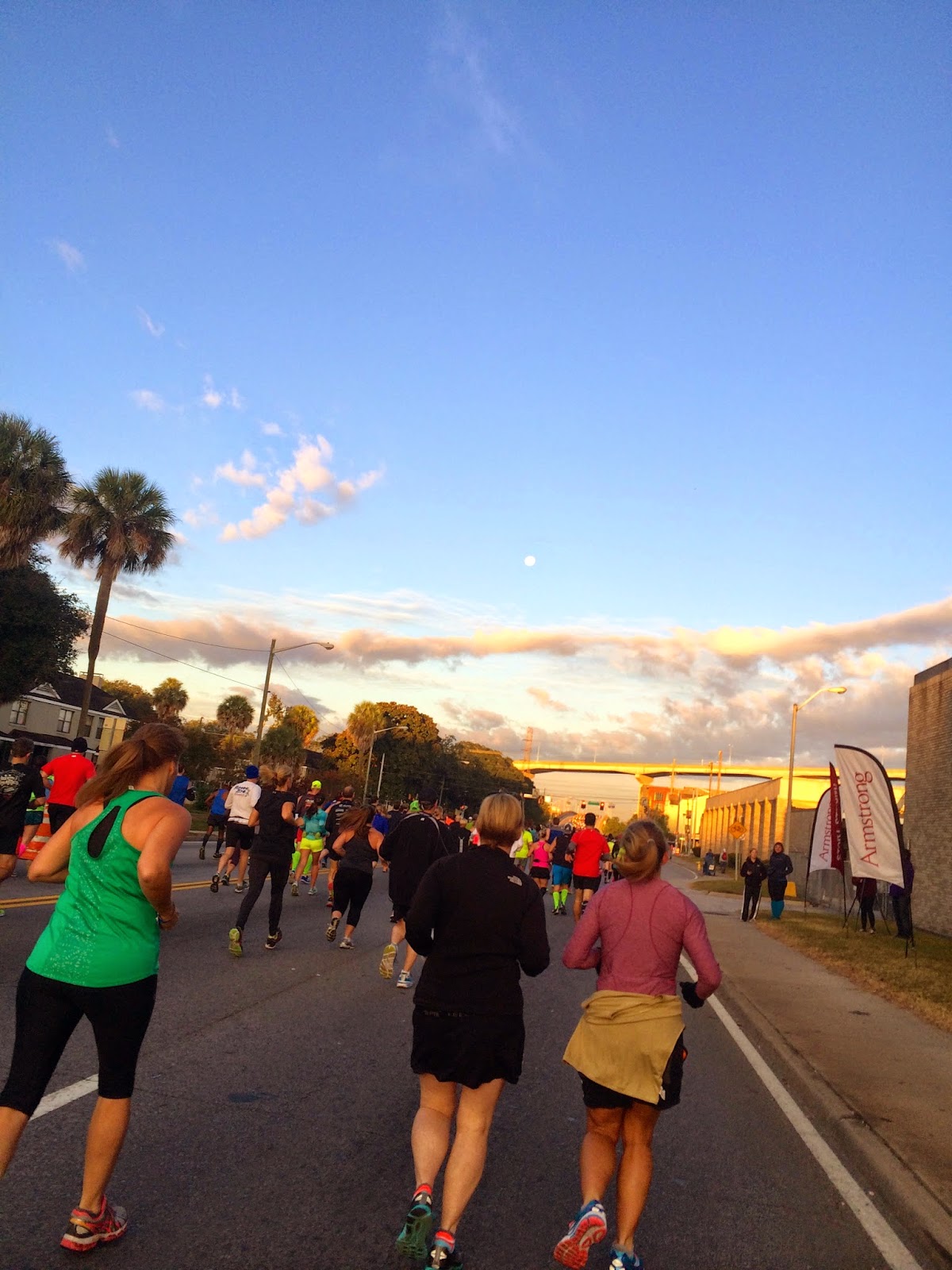 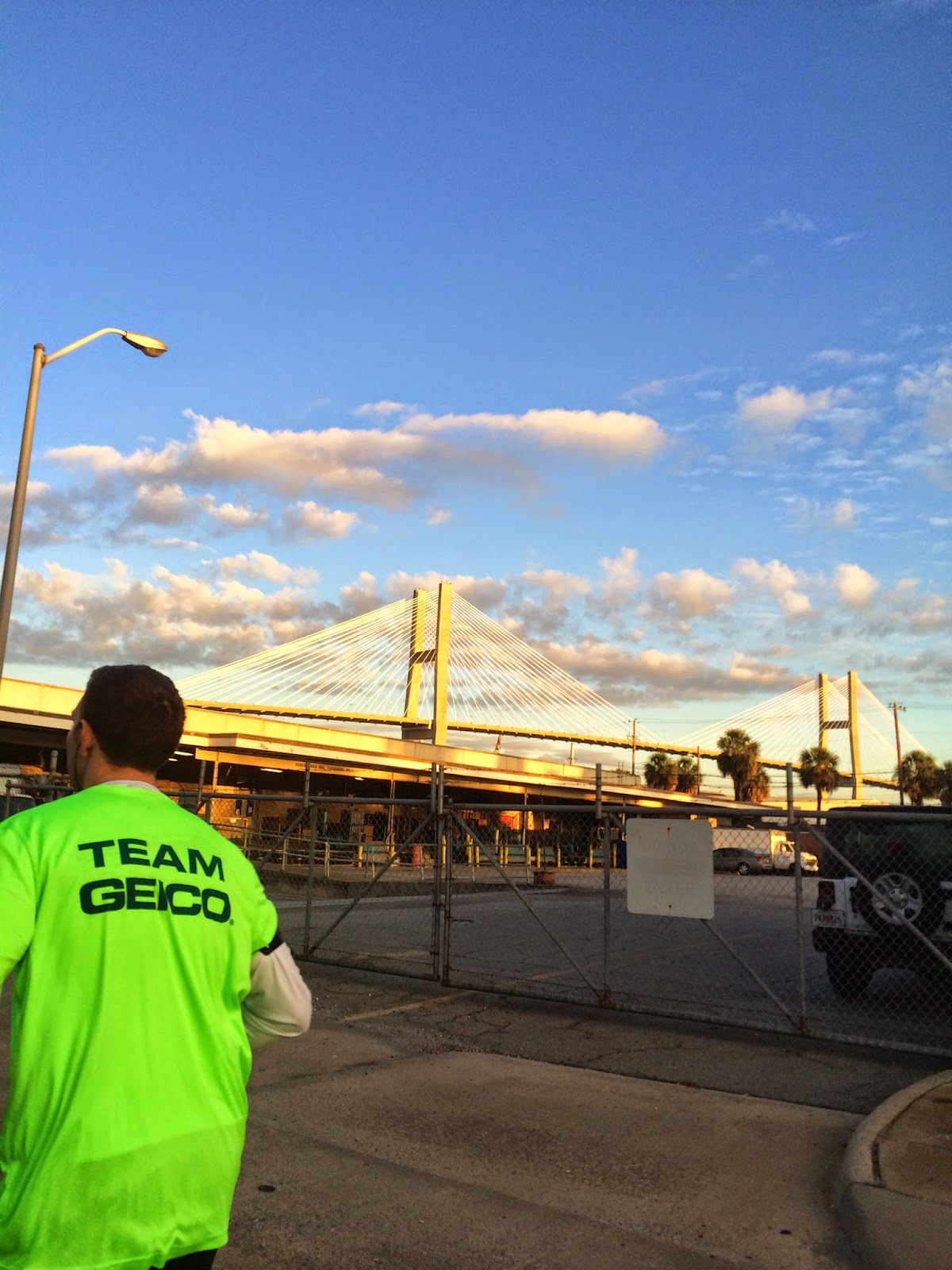 As usual, my favorite part of this race was running through Savannah State, and the worst was Truman Parkway. I swore to myself on the way out that I would nail the Truman Parkway section on the way back, but that's the exact point where my legs started to fail me. Unfortunately.

My race: Everything was going superb for the first half. My breathing felt rhythmic, my pace felt like a glide. Then at the halfway point, I picked things up a bit, trying to keep all of the miles sub-9. Not a huge pickup, but a pickup. This worked until I got to the last few miles, and my legs just revolted. Luckily, I didn't cramp or anything that would necessitate walking, but my legs were leadish. No matter what I tried, they just didn't seem to speed up. So my pace slowed by about :30/mile at the end.

The timing mats don't measure your half split, but at 13, I was at 1:57:27 and 3:56:55 at the finish. If I was running a 9:00 pace, that would add about :54 seconds to be at 13.1. So 1:58:21, still estimating here. Putting me about 12 seconds away from an even split. All estimated times! But that's definitely the closest I've ever come to a negative split, so I'll take it. And in my defense, in the finish chute, I bent down (sloooowly, because that's how marathon legs do it) to pick up someone's dropped water bottle. That's probably at least 15 seconds right there, so boom, back to a negative split, at least in my rationalizing mind.

I was so dang happy to be finished with the number crunching and the pain at the end of the race. My legs were toast, telling me that I had pushed myself.

And what happens when you see a giant pile of ice at the end of a race? You want to sit on it. The drink guys probably didn't think this was very funny. Get your sweaty butt off of our fresh ice!

Post race: The entertainment was Phillip Phillips who I happen to love, but I was so sore and out of it that I didn't even rush the stage as I had originally planned. Also, because his performance ended at 12, I only had an hour to try and breath normally, eat all the snacks, lie down on the ground unconscious, wrap up in a foil blanket, air out the pee smell from my shorts, roll around in the grass to try and propel myself to standing, and THEN rush the stage. An hour is just not enough time.

At some point after his performance, I could muster standing, and we walked down the block to meet one of my Oiselle interweb friends, who nailed her race. Thanks for giving me a place to sit down and recover my legs even longer. Much needed!


Post-race food: If you want a burger after your Savannah Marathon, definitely head to Green Truck. It was super amazingly delicious with homemade ketchup even. The only negative is that it is extremely packed, so I ordered mine to go. 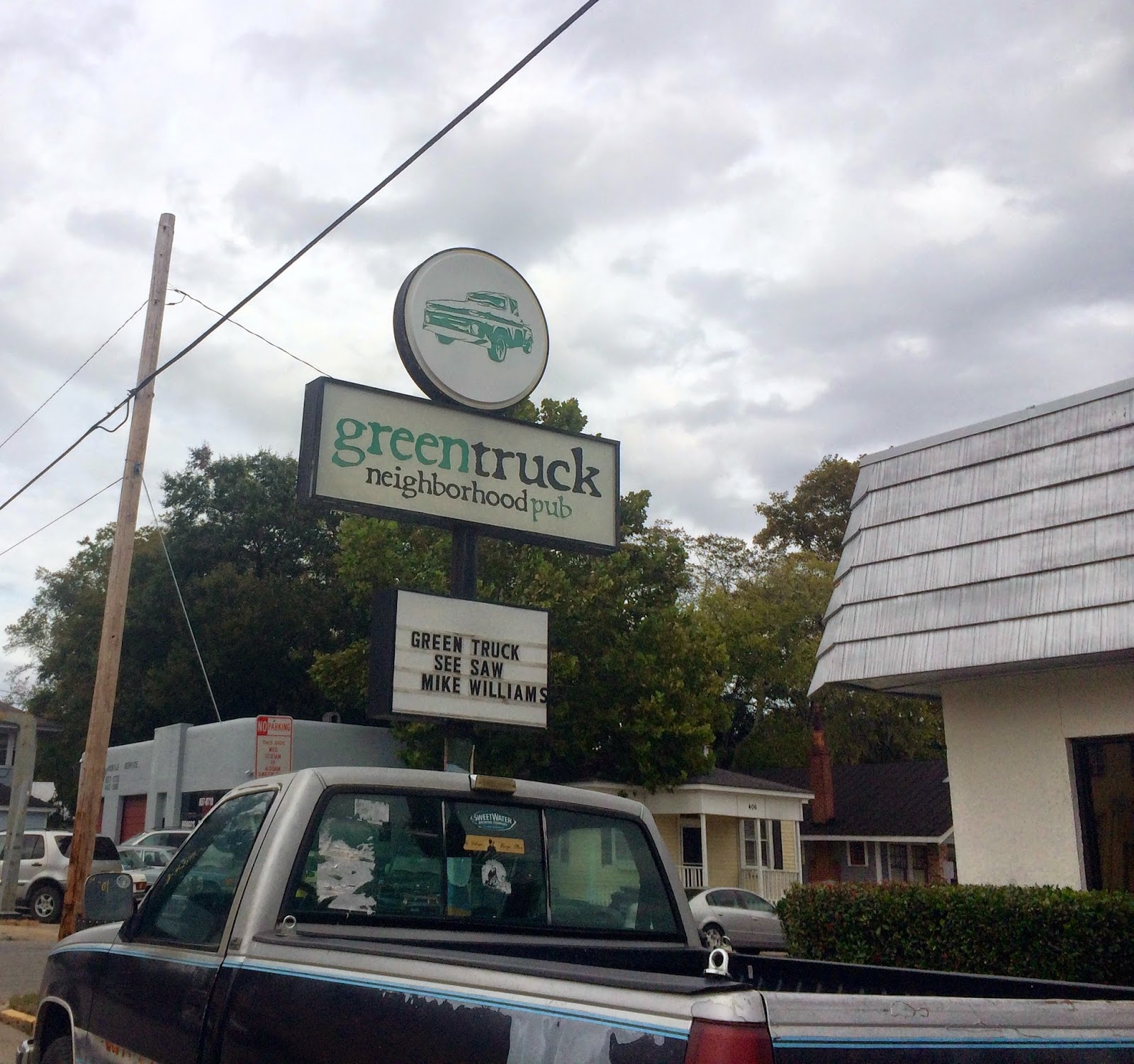 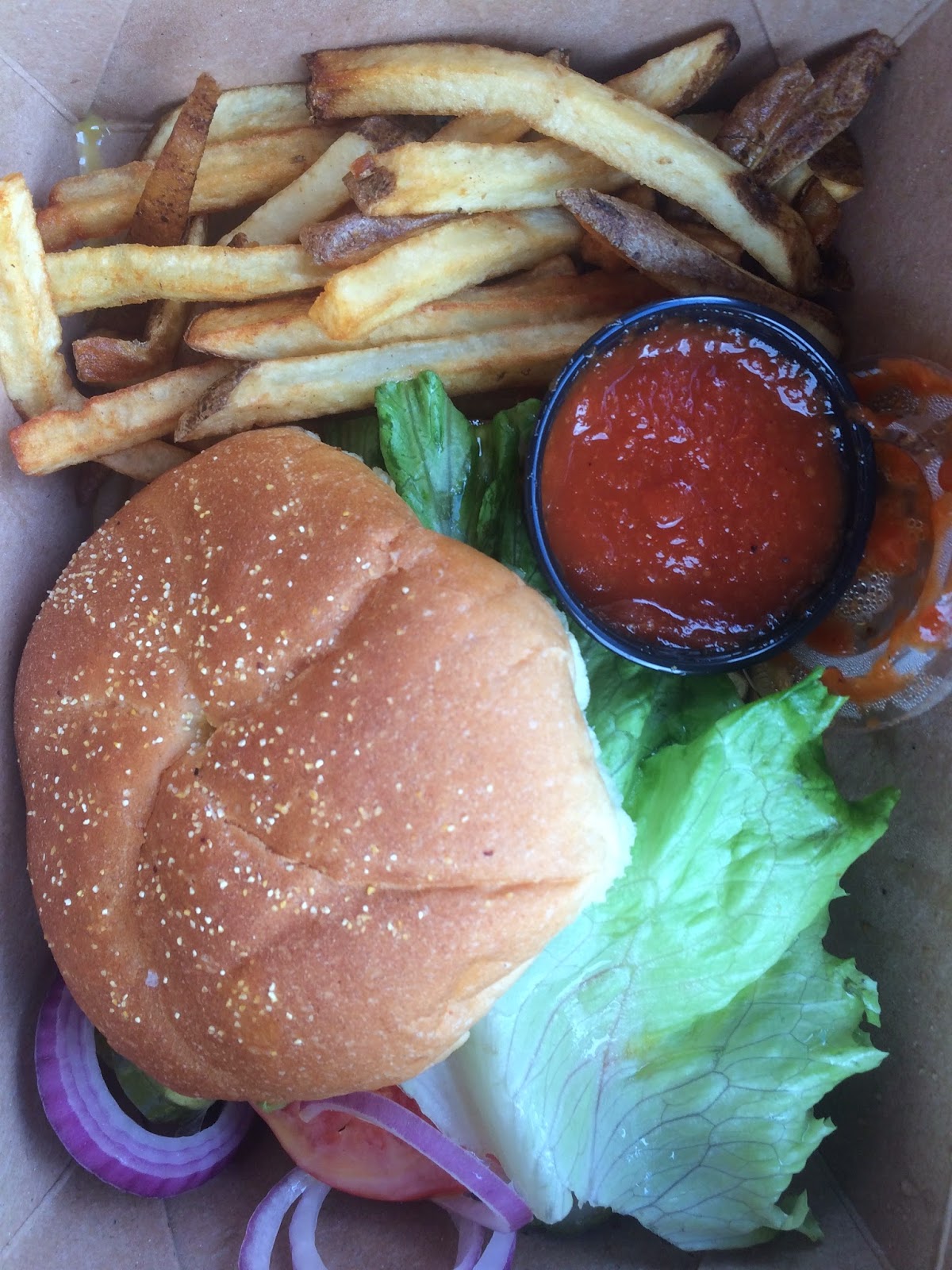 Prepare for messy hands though. Somebody get that lady a wet wipe, por favor. 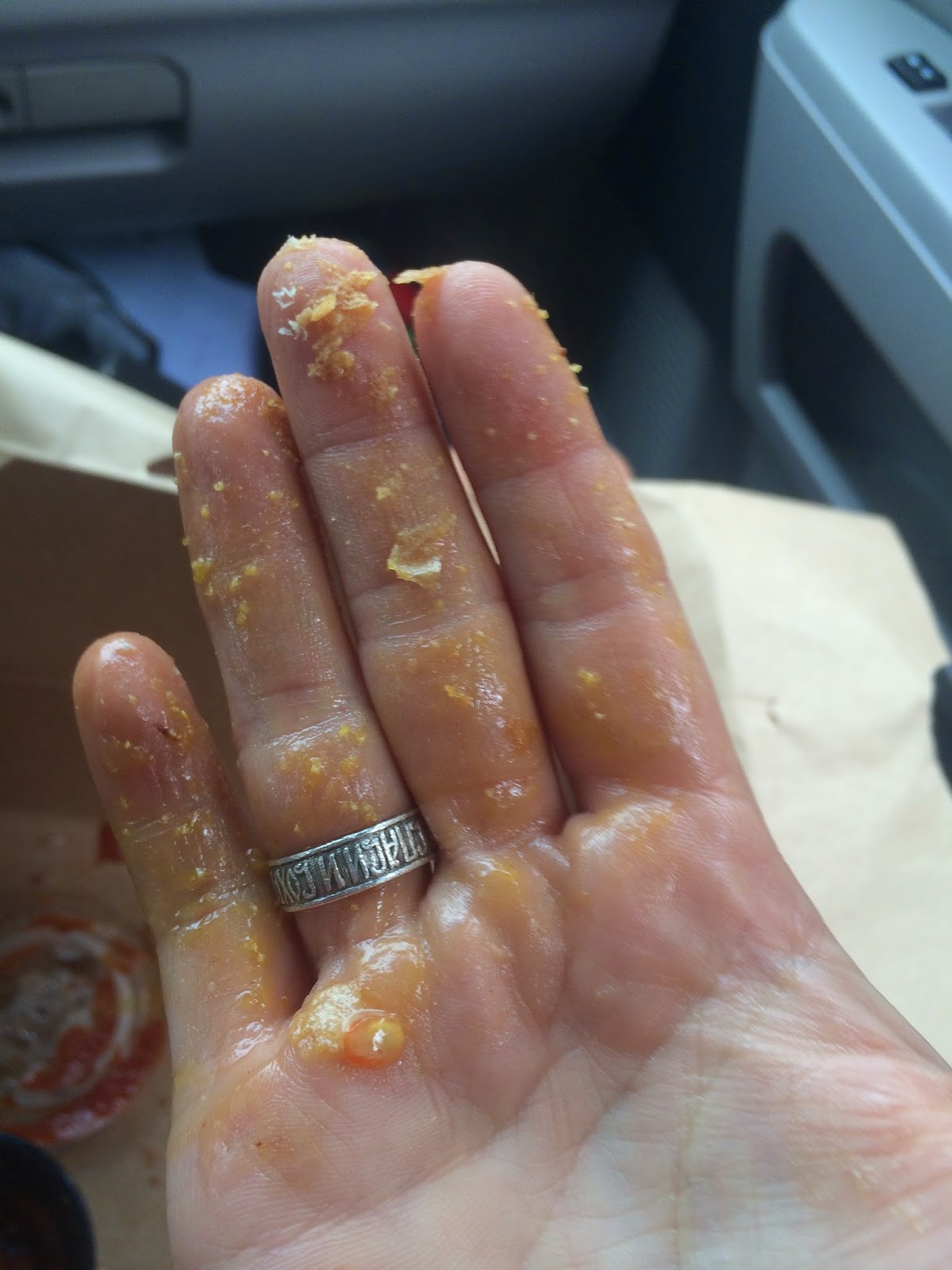 Swag: The shirts for me were meh this year. Not a huge fan of white or the design. But I liked the state outline on them. And they are the familiar Brooks fit, which I like. 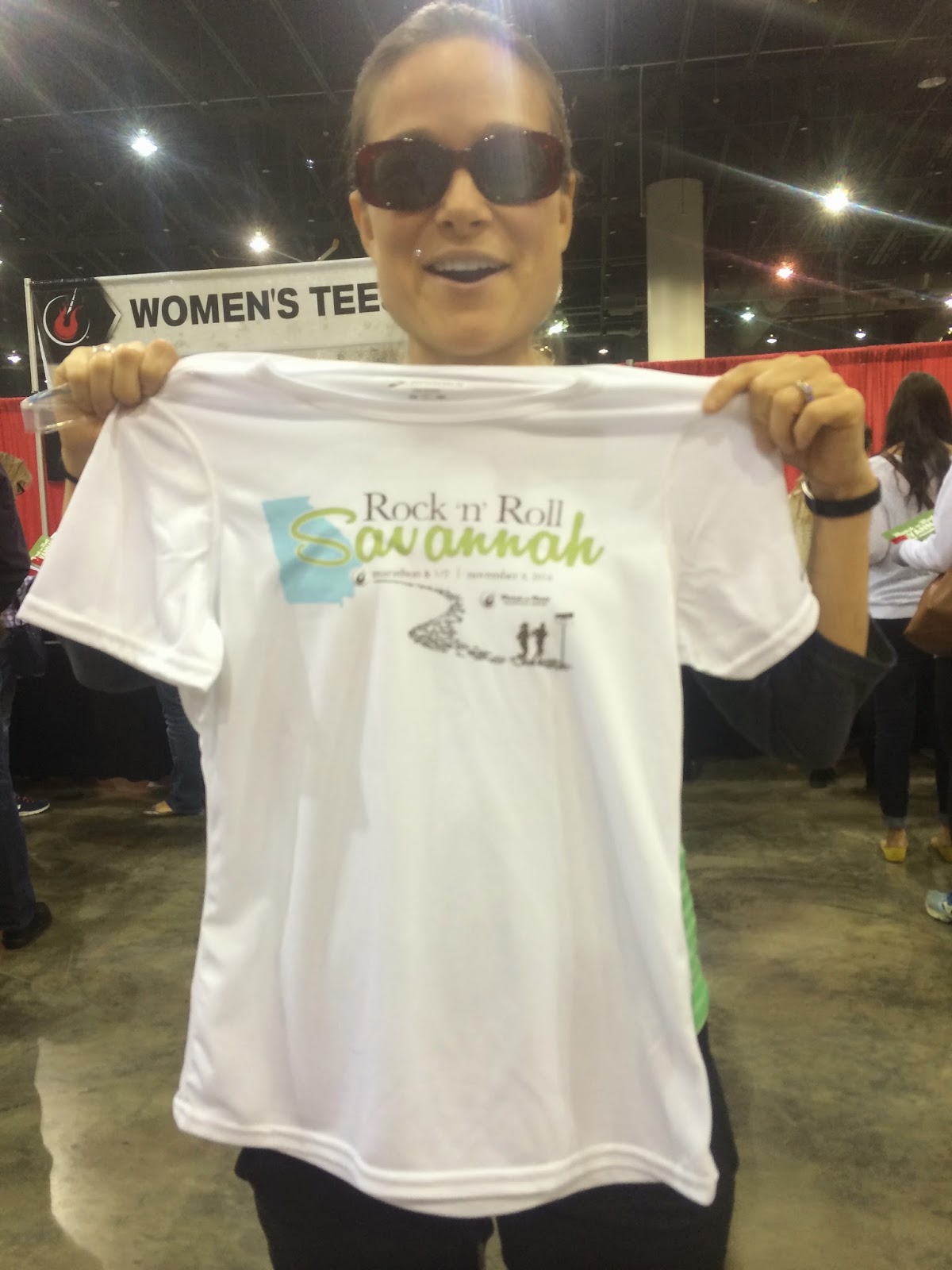 These are all the things we picked up at the expo. Not even sure how that sticker slipped in there. My daughter? 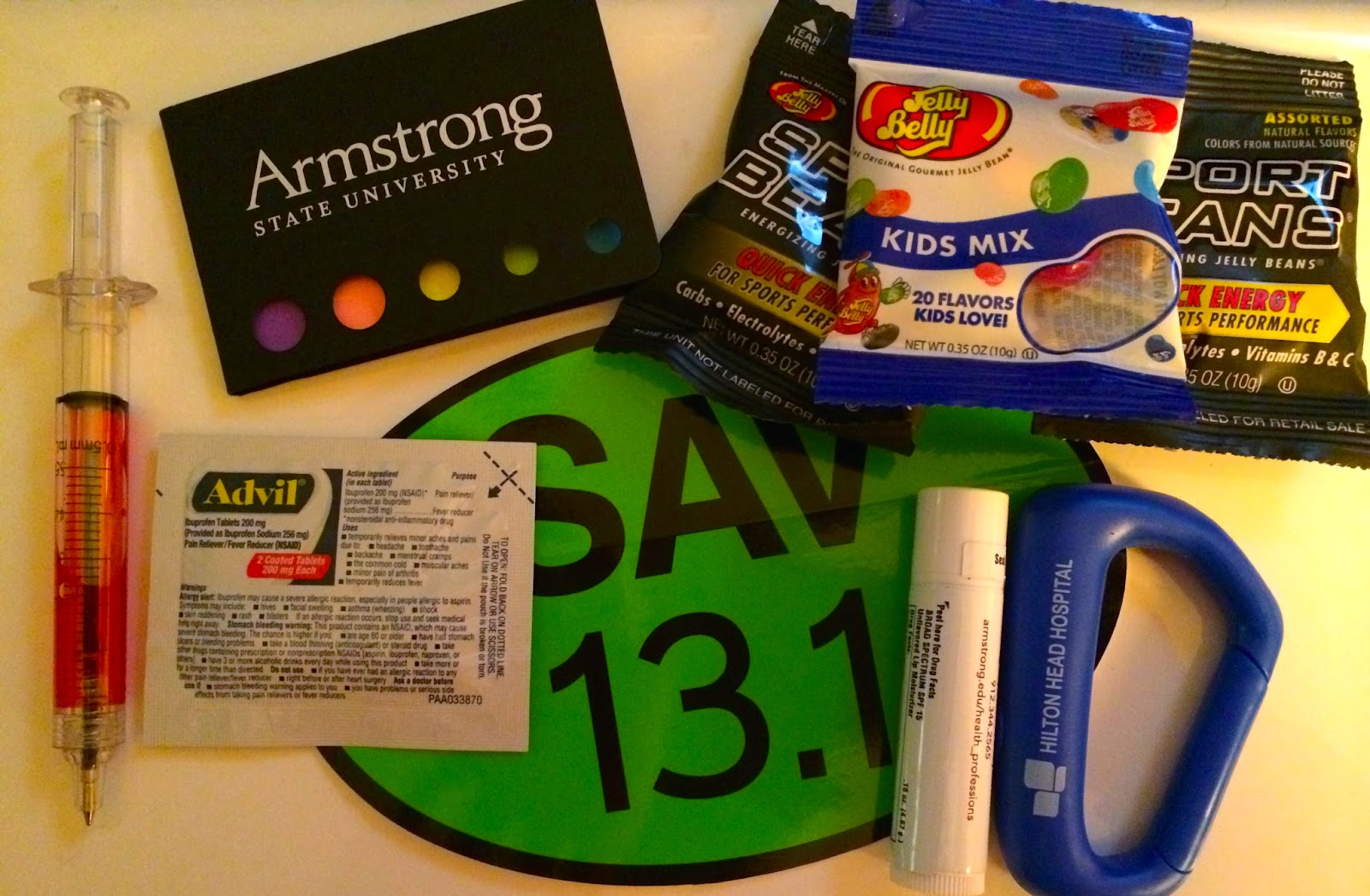 This year's medals. Kind of cheesy design with the swooshy music, but sure, OK. But they are sturdy as usual, and I like how the ribbon attaches, leaving it wide. 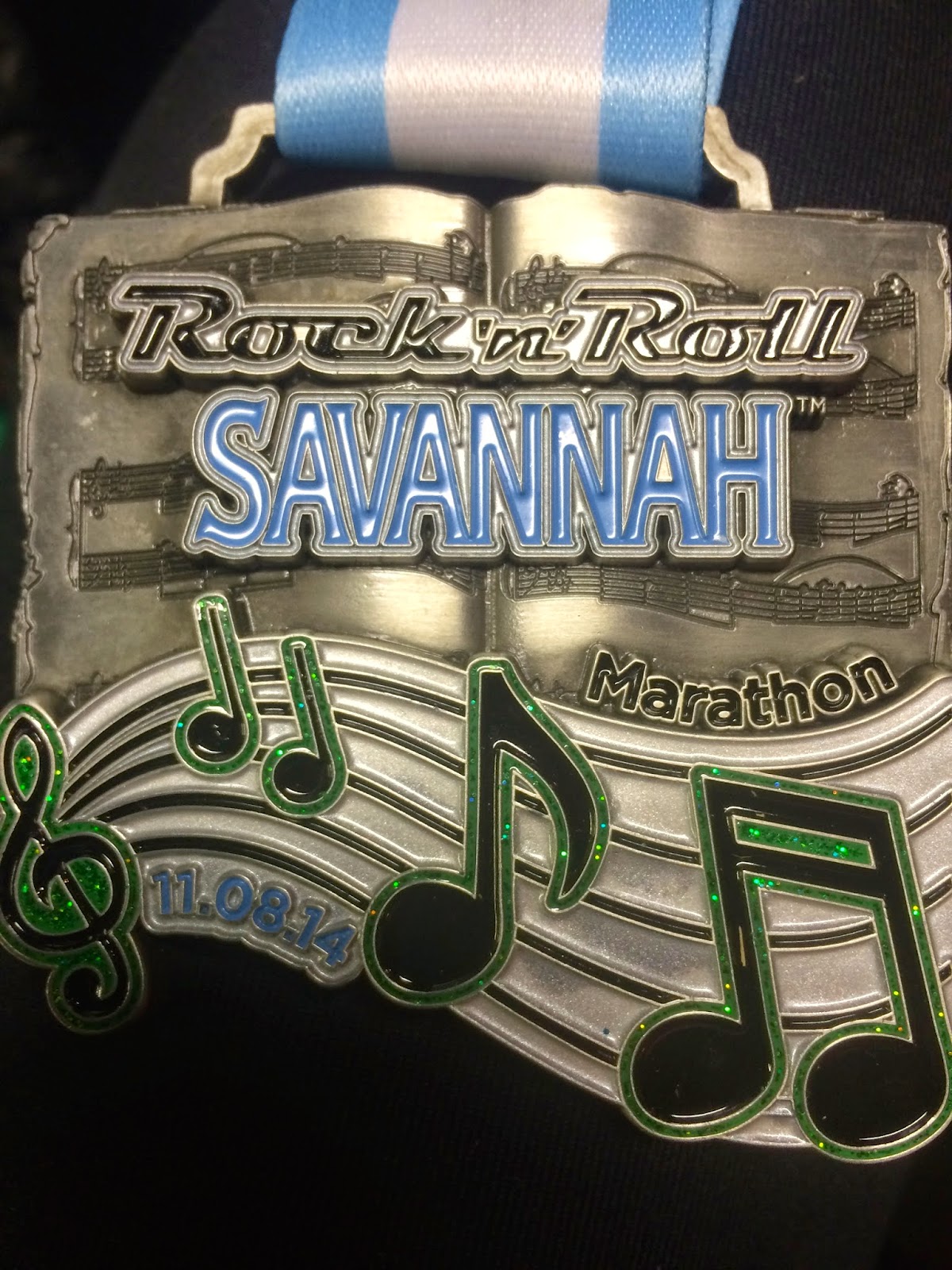 And even better than the race, I got to spend some time with this awesome lady, who is of course growing up way too fast like kids tend to do. 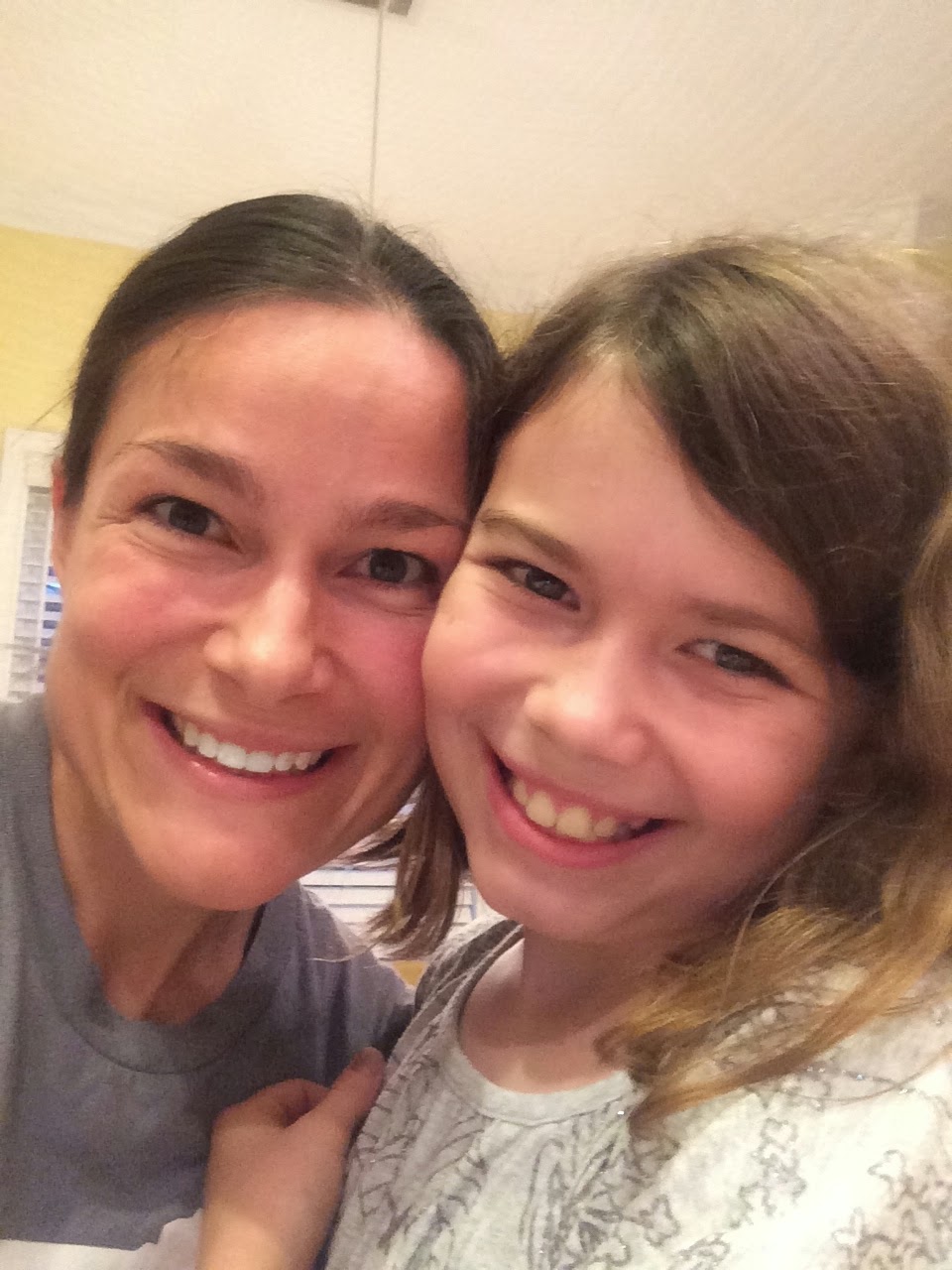 And I just found out this week that I have another friend who needs help completing her first marathon in Memphis this weekend. Any of y'all going to be there? This is pretty much my favorite thing in the world to do is help people finish their first marathon (or first anything -- except meth and other illegal stuff like that).

What keeps you motivated during a race?

Any big goals for your upcoming races?
Posted by Yo Momma Runs at 6:41 PM