I may never run again

After this weekend's boss-ness at Mercedes Marathon, I'm rethinking this whole running thing. Sure those long distance runners have the resting heart rate of 15 and have developed the I-don't-care-edness to pee in any yard or park no matter who is present, but until you have experienced the joy of dancing for six hours while super fit (and possibly miserable because, you know, running is hard) people run past you, do not become completely converted to marathoning. 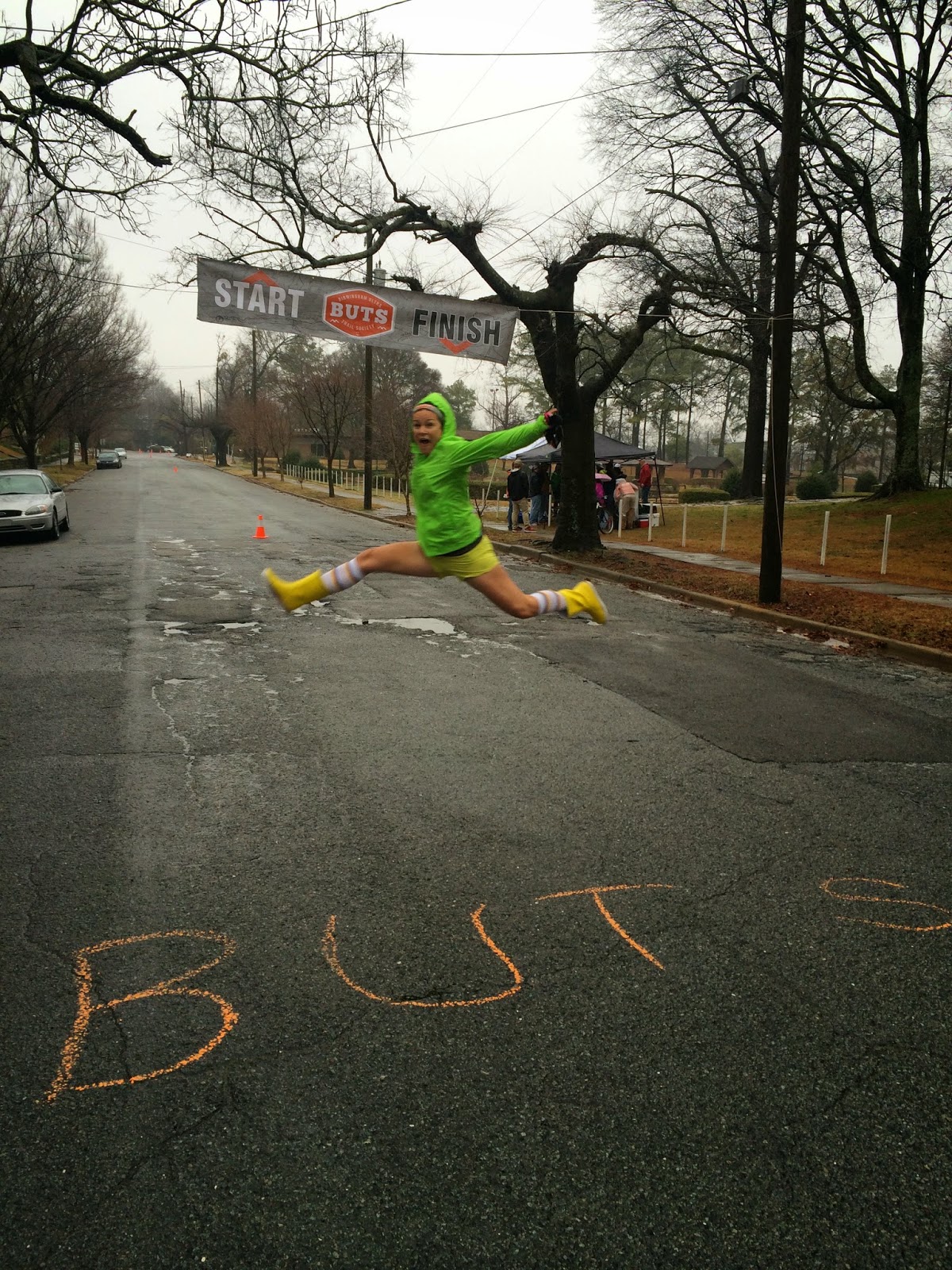 My friend Tanya did the running this Sunday, and here's what she had to say about it.

Hopefully these runners emptied out their Body Glide containers to help prevent the rain chafe, which is superior to oops-I-peed-a-little chafe because it covers a larger region.


Then there are the over-achievers. The whole reason I want to run ultras is so that the only 6 I see at the beginning of a run is a 6-pack of Hammer gels. Oh, and a 6-pack of whoop a**, amiright. 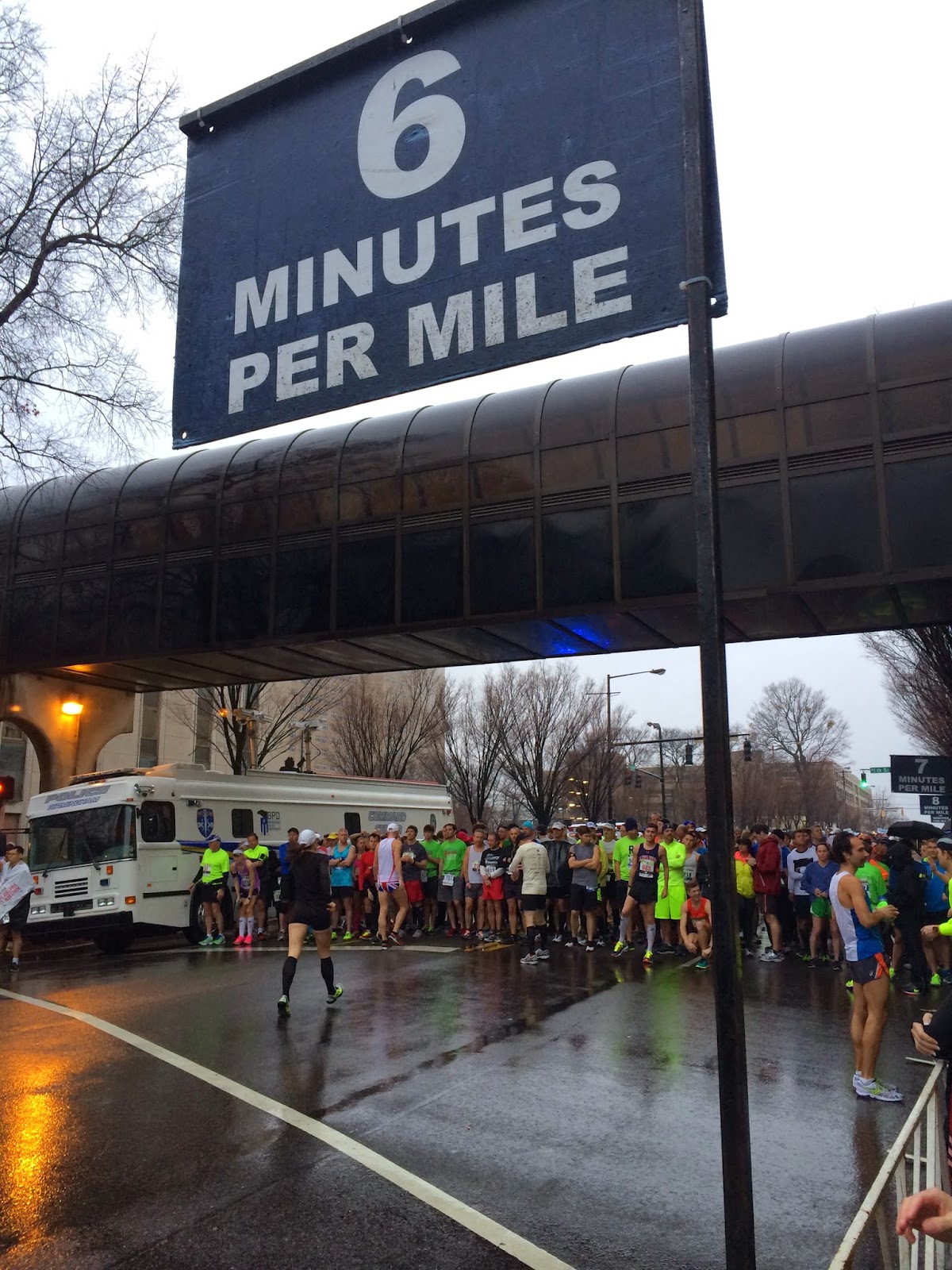 But you can wear a costume while running marathons, so that swings me slightly back over to favoring running again. 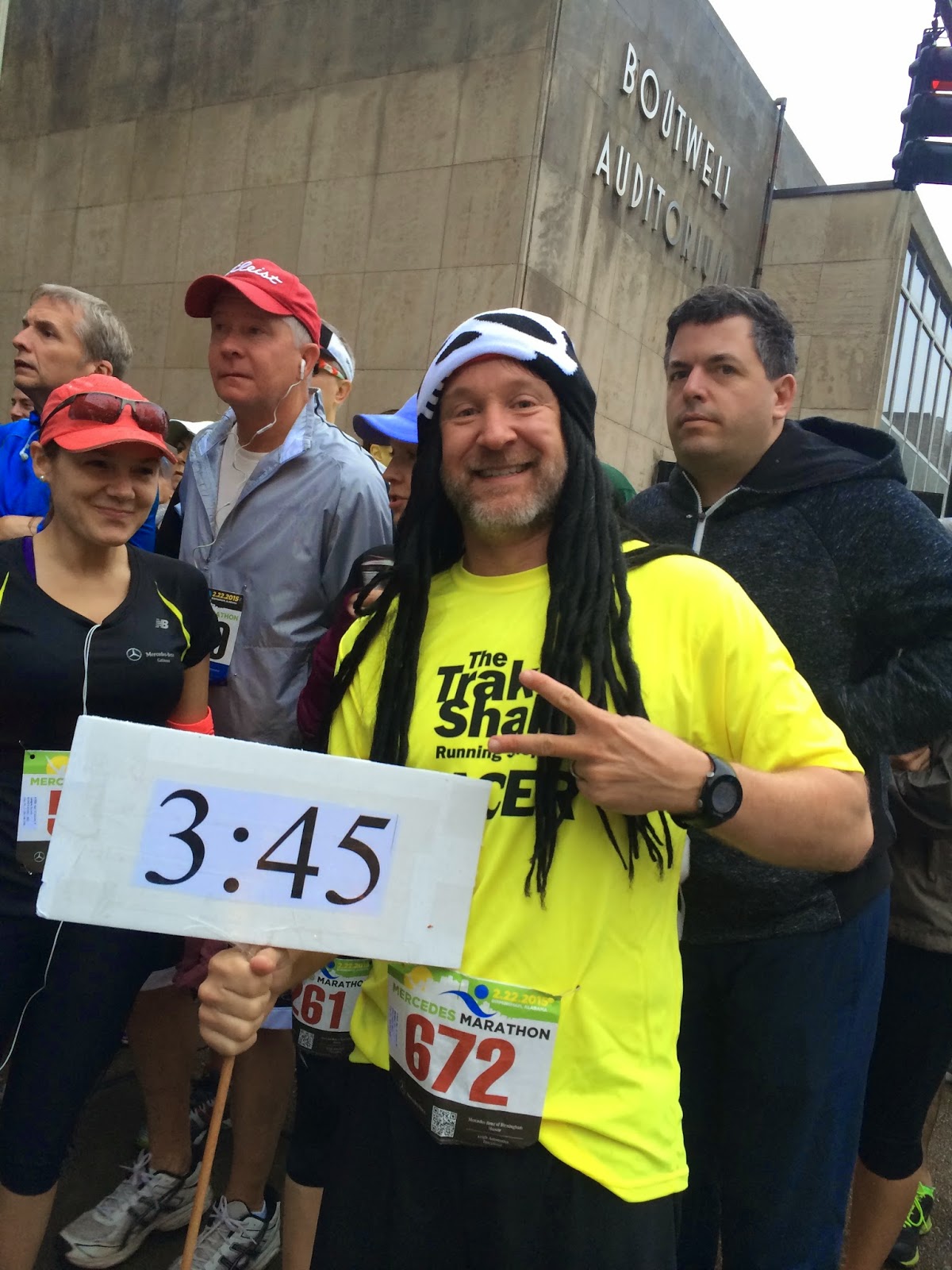 But wait, you can also wear a costume while dance-cheering, so back to even on which is better.

But this year was another first for me. I could stand calmly at the Mercedes start line without feeling the uncontrollable need to pee, do other bathroom business (right, I mean poop), and vomit simultaneously.

I got to leisurely walk around and try and find people I knew. Or didn't know. Like the Oiselle runner, who I don't know but forced her into this selfie -- because Oiselle! 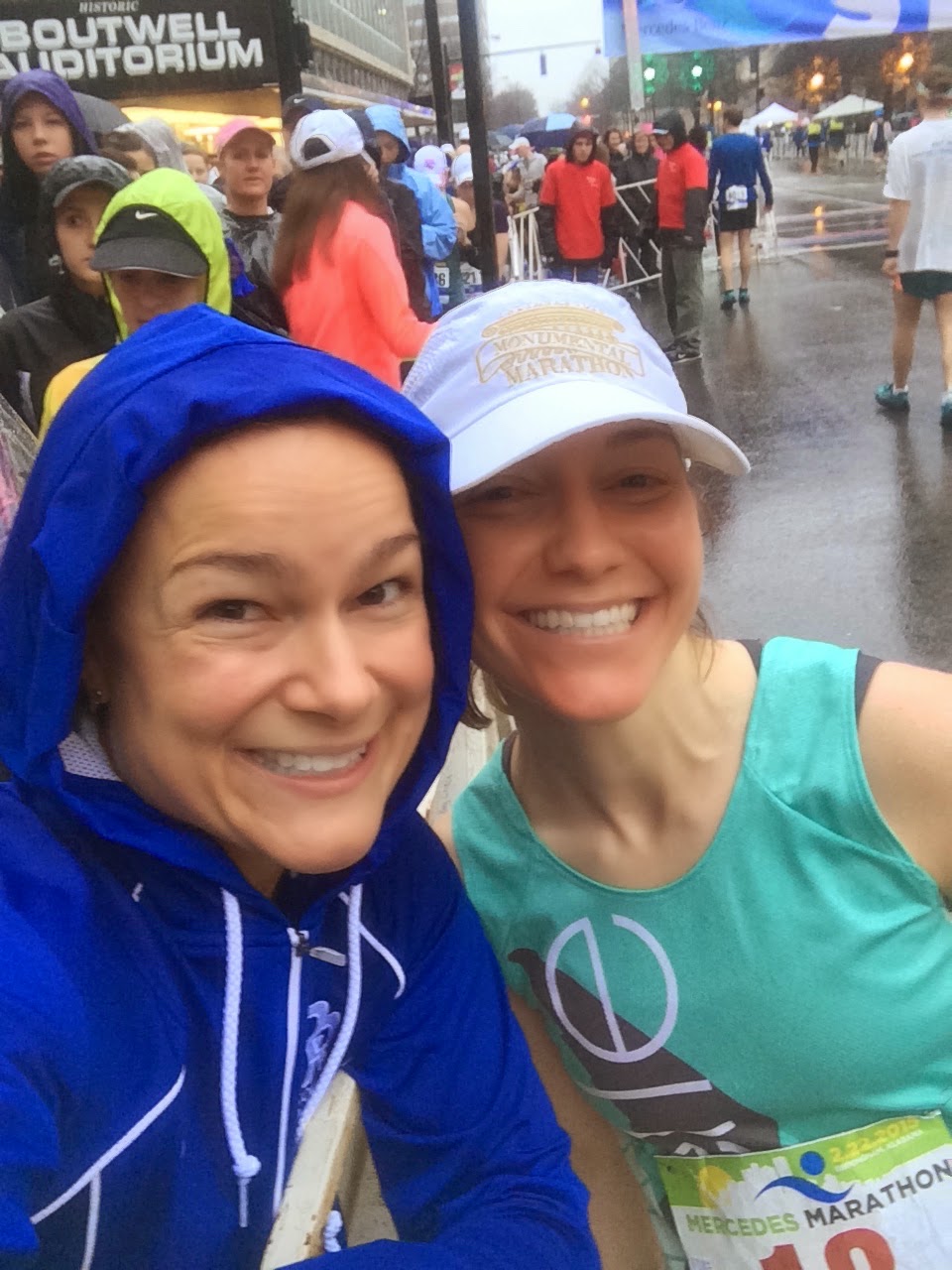 And I got to be at the front line (instead of way back) to catch moments like this. 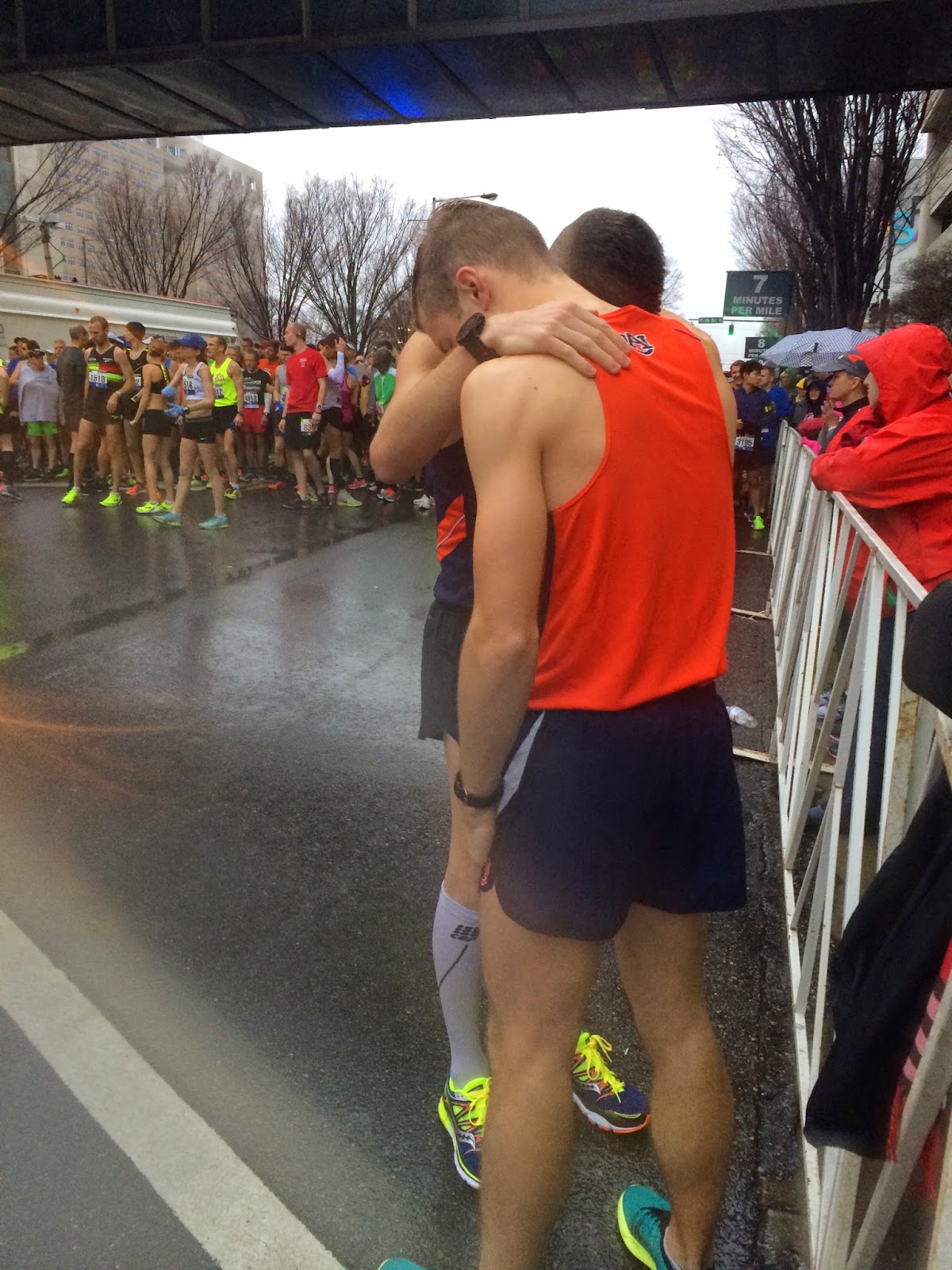 And this. Normally I never see these people in a race, unless they are lapping me. 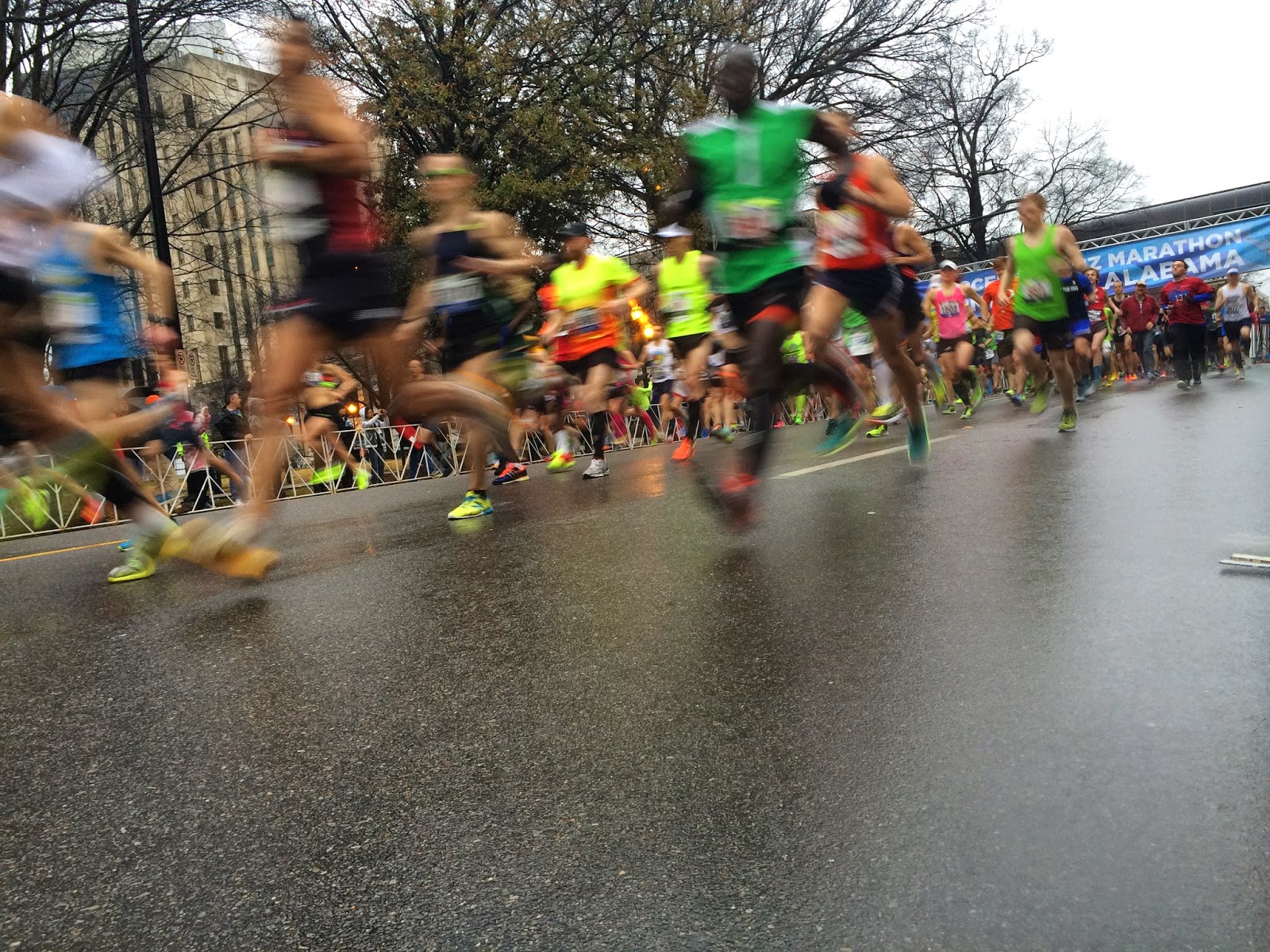 And after the swoosh of the start, I got to walk around a quiet, traffic-free downtown Birmingham and ponder the difference between that Sunday (see below) and the Sunday that I was living. 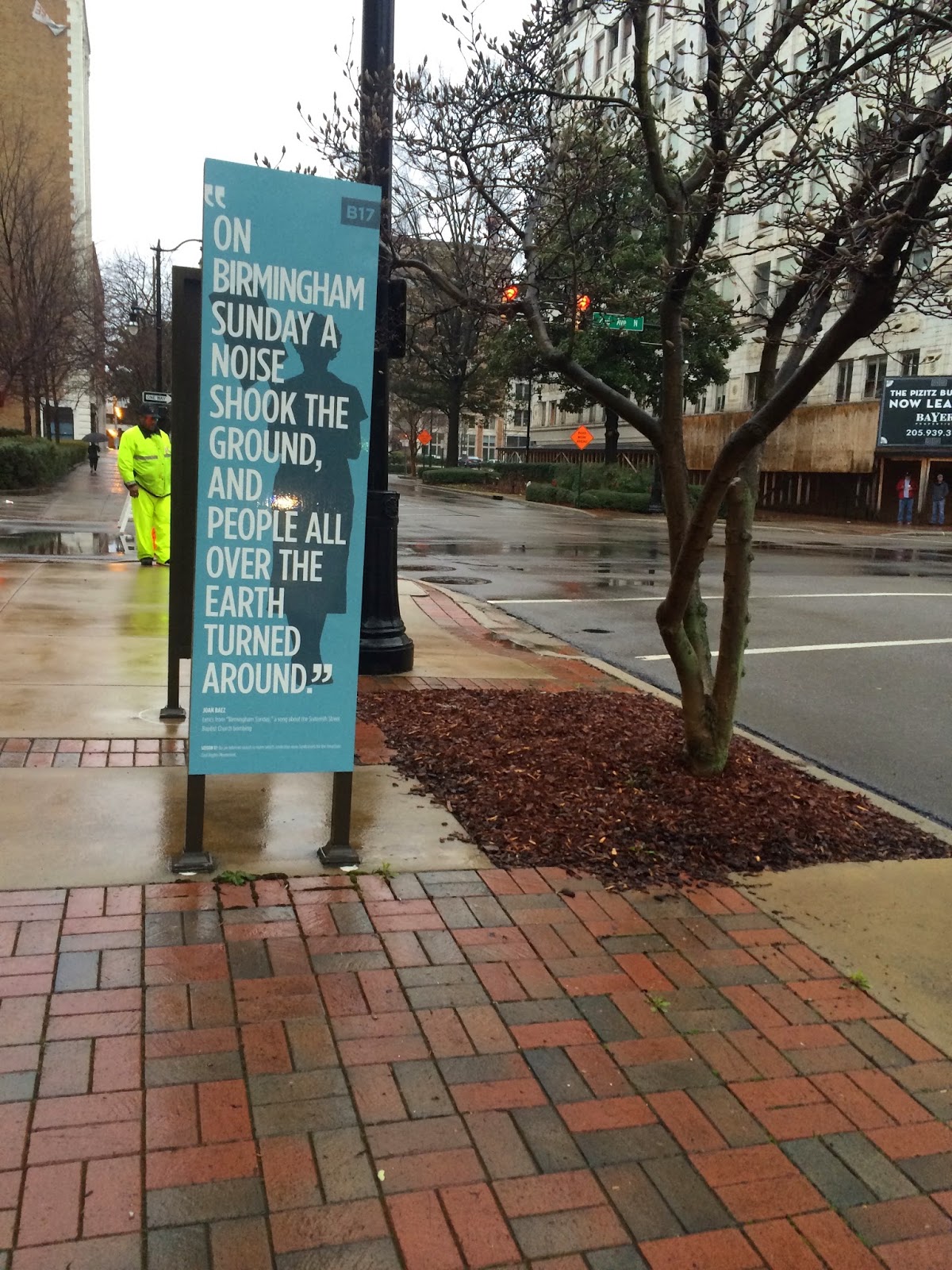 Isn't it funny how you can almost instantly go from amazed to excited to grateful to somber to crazy robot arm? Because I immediately went from pondering to the BUTS cheer station.


Also in case you read the last post, you know that I was planning to pace the last six miles of my friend's marathon. Well, my runner ended up dropping down to the half. She wasn't feeling the speed, the day, the course, her feet. You name it. So she pulled the plug. In marathoning, you live to run another day and learn the most from the days that are the most annoying. I think she felt like that was a cruddy outcome, but I know she'll be back even feistier now because of it.  So she did not waste her time Sunday. Valuable lessons to be had!


In case you didn't catch all of the randomness above, let me summarize.


So not a definite clear winner, but I can't imagine having any more fun than I did cheering all of the Mercedes runners through to the end of their race. So if you find me wearing yellow rain boots and a Nacho Libre mask next year at Mercedes, you'll know that I chose cheer stationing over actual running for the second year in a row. And am probably pretty darn happy about it!
Posted by Yo Momma Runs at 2:25 PM