Today is the start of our Resolute Running training for the Southeastern Trail Series. If you live in or near Alabama and this is new to you, here's a tiny intro. This series is designed to take you from a 10K to 50K over the course of seven months, and our training group will guide people through who are taking their first stab at a 50K (or 25K, if you opt for the short series route).


But let me tell you something, even if you've already taken the 50K road, this series has something to challenge you. First, you have a 50K/12-hour option in the second month of the series. So boom, already challenged. Second, there is a stage race that covers three different Birmingham trails over the course of three days and 50+ miles. And if that wasn't enough for you endurance junkies, racing month after month is a serious test of your strength, especially those summer races. I'm looking at you, Hotter n' Hell. I love it so much that I'm in for year three of this series!

Ready to take on the challenge with me? Click here for more info. Along with getting an additional 20% off the series price, when you join the training team, you'll get perks like a team discount at Mtn High Outfitters and Sweat &  Gears Cycling, group TRX training, monthly course preview runs, team swag, and more.

Can't commit to the whole series? No problem. Sign up for training for individual races and still get a 15% discount on those race fees. Feel free to contact me with any questions at yomommaruns@gmail.com.

So not only are we starting that fun, but I have kicked my own training into high gear. First, there was that cruise where I did very little exercising, unless you count the laps to the buffet. Then there was the week that my friend came to visit, and I again let exercise slide in favor of having fun. But we set a personal fun record. Or a PFR.

Best part of my friend week was going to see The Flaming Lips, who I had a music crush on in high school.

It was my first time seeing them live, and I was completely mesmerized by the whole show: the strings of lights, Wayne in a bubble that rolled all the way across the crowd, the confetti...oh, and the music. 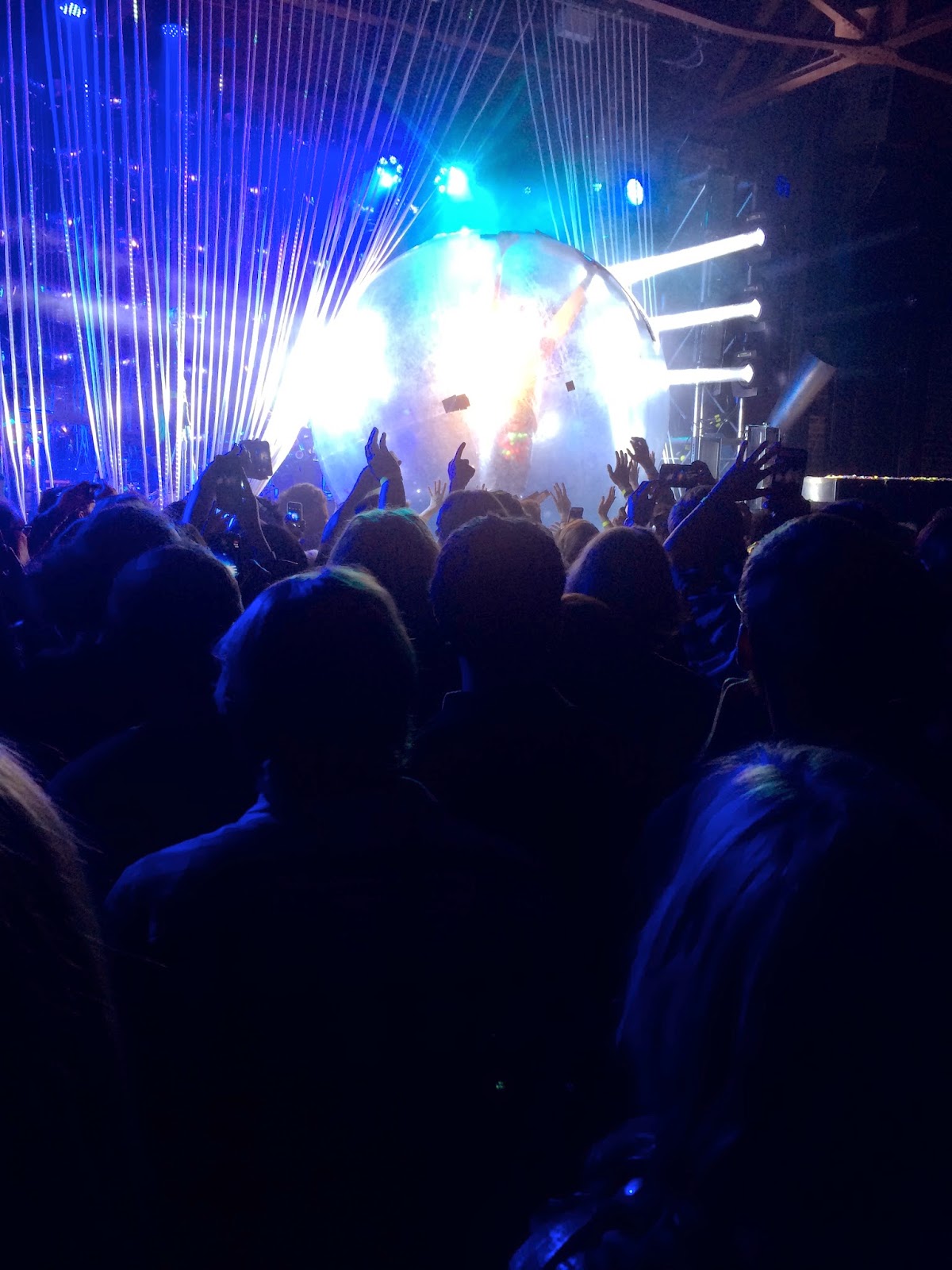 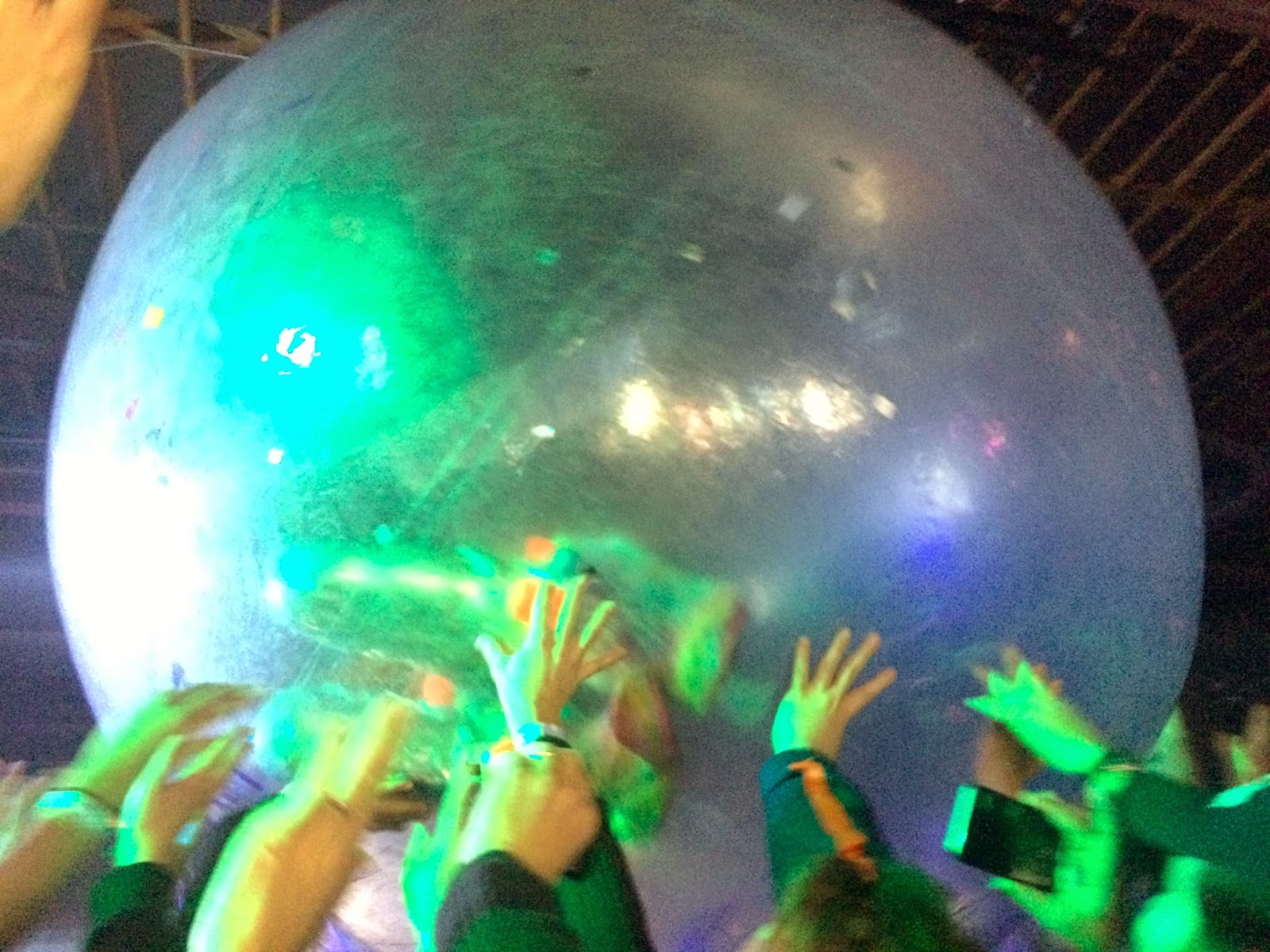 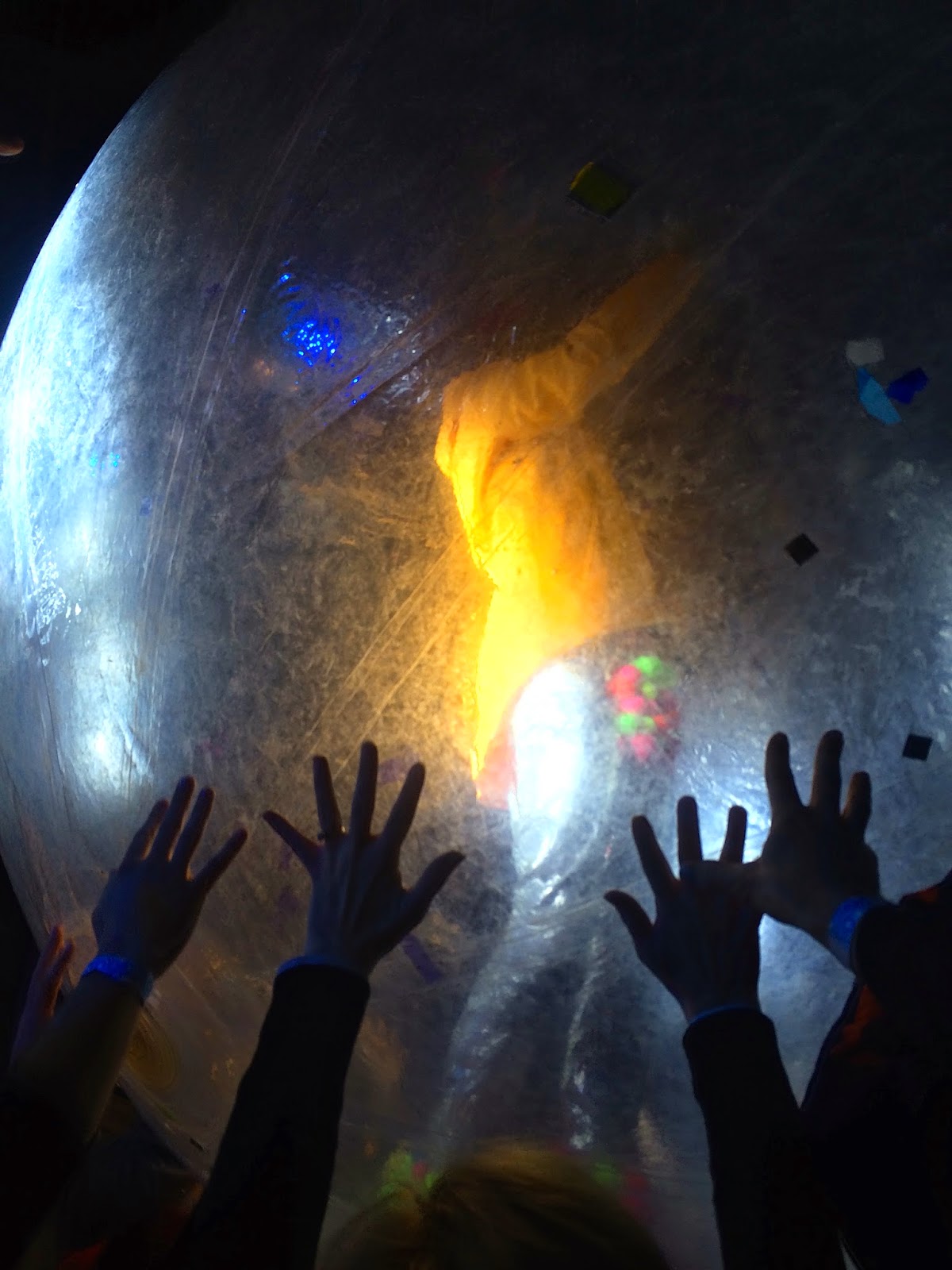 No words for what happened above, except, yes, he did have silver pants with a neon fuzz-ball crotch guard. And, yes, he did roll to a stop right beside my spot in the back of the concert and sang me a song. 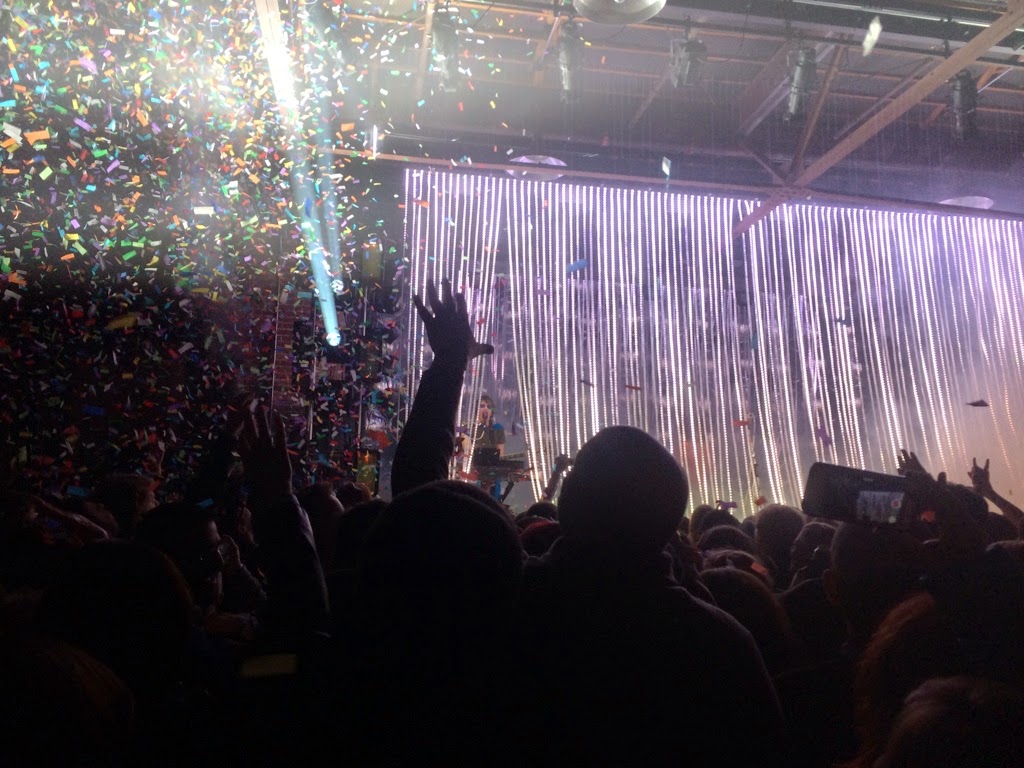 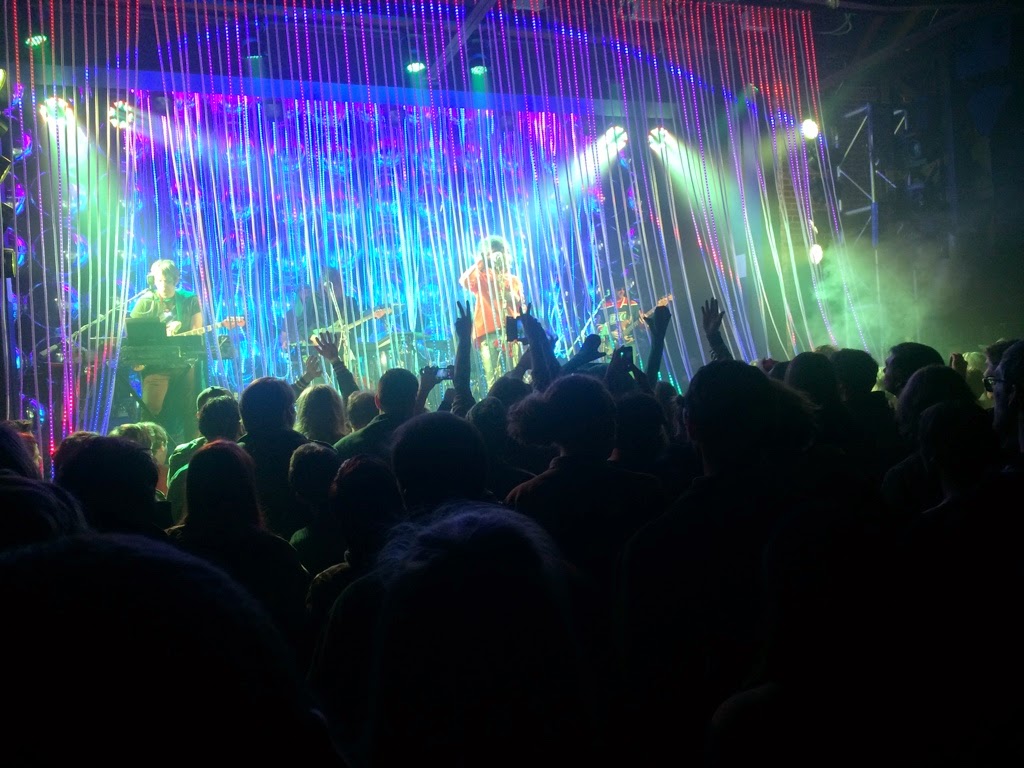 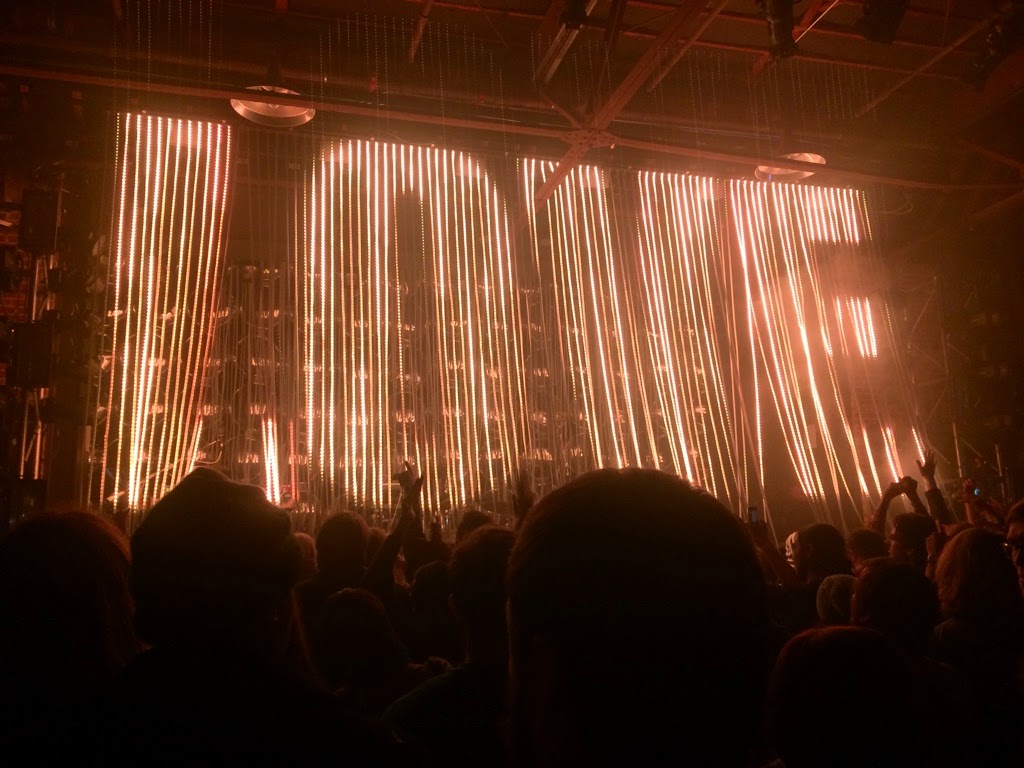 And once the magic ended, it looked like my house at the end of summer break. Turns out that my kids act like Flaming Lips concert goers and throw their crap wherever and expect someone else to clean it up. Adorable, hilarious hellions. 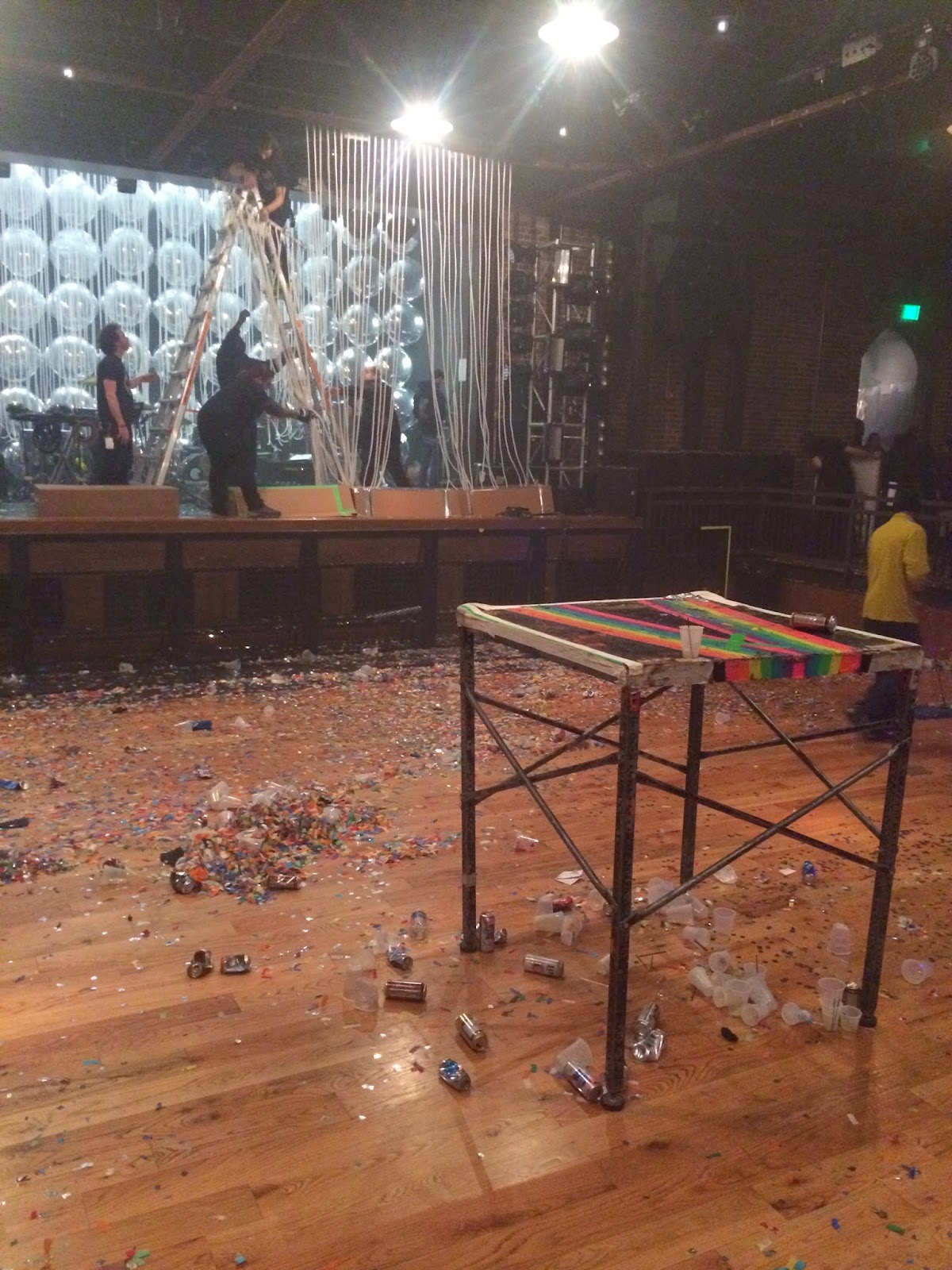 But now that all the fun and confetti storms are over, I am ready to get serious about some fitness. Especially since I made the crazy declaration to run the trail series AGAIN, and I signed up for another dream race, Lookout Mountain 50 in December. Plus, I am trying to fully kill myself by running Race Against the Sun again this summer.

Their disclaimer is the best. See below. Get out your bifocals, kids.

So even though last month I slacked majorly, my new training plan is printed and now hanging beside my bed so that I am forced to stare at it and make it happen every day. 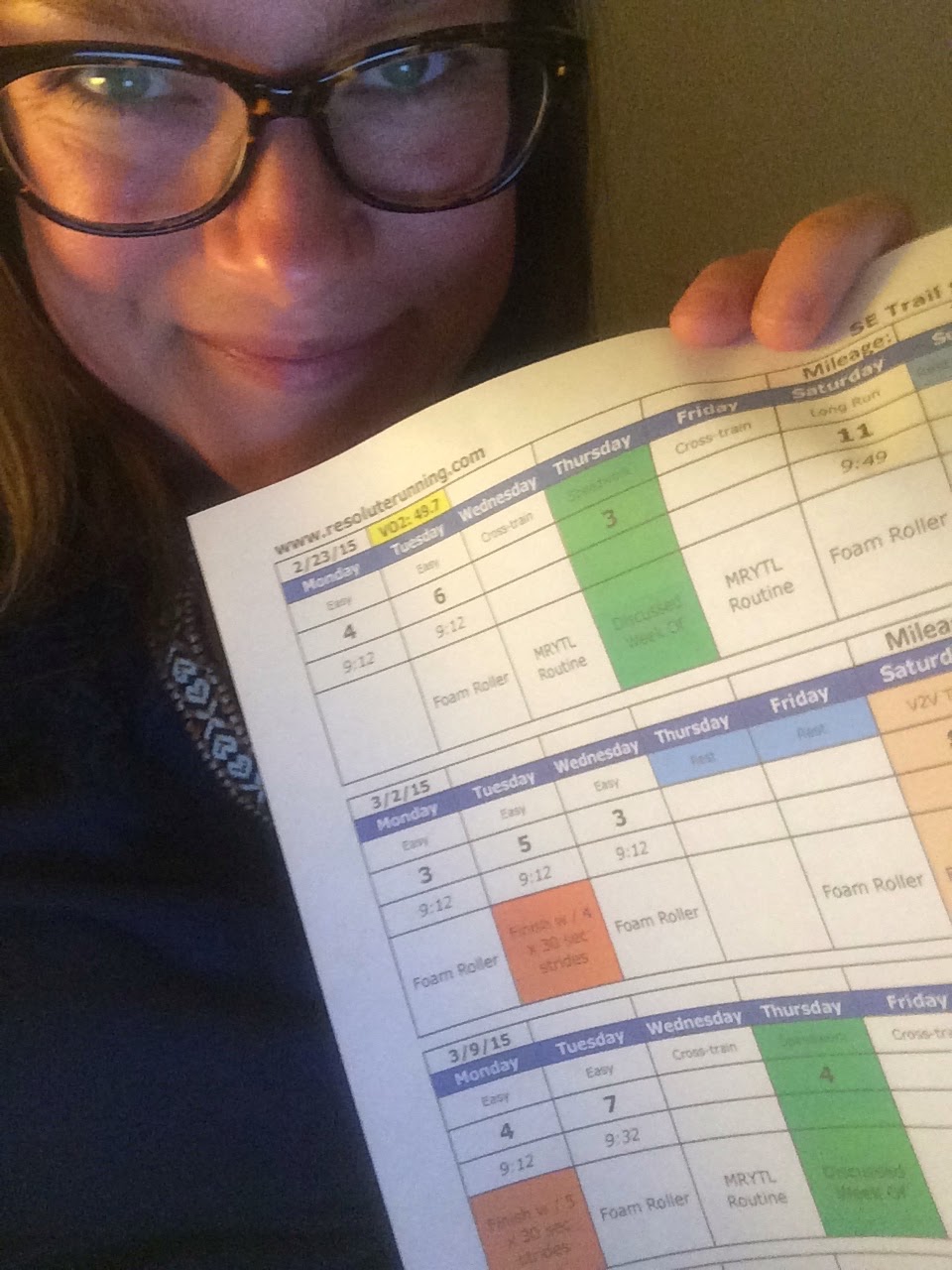 Also last week I did a possibly dumb thing that I may or may not regret. That means if I get injured I will regret it -- otherwise I will feel awesome about it. I was just tired of feeling super out of shape, so in one week, I more than doubled my total mileage for the rest of the month. I had run about 38 miles total for February as of last Sunday, and I ended the month with 80.5. Just to prove to myself that I could do it. Most of the days I pulled a double, doing two shorter runs, one in the morning and one at night. And my feet feel fine. So take that, previously lazy self.

But no more possibly-dumb-idea turbo weeks in the foreseeable future, just sticking to the plan, which should get me up to over 100 miles for the month, and I haven't seen numbers like that since November. I'm happy to finally have my running match my eating levels.

So what are your major goals for the year?

Anyone planning all the way to December? I went from having no plans for the whole year last month to now having a completely full race calendar all the way to February of next year. I guess those couple of months off of running really gave me confidence or made me forget the pain.

One band that you are dying to see live? Die Antwoord and The Pixies are coming to Birmingham soon, and I am going to try and sneak out of the house for both of those.
Posted by Yo Momma Runs at 6:00 AM