The first race of the Southeastern Trail Series was like the first day of school. Even though you had fun lazing around watching cartoons and going to the city pool all summer, the prospect of the upcoming work is still not real yet, and the friend-reunion excitement overshadows any test-taking dread. So race one, Tranquility Lake Race was mostly fun with a shortish splash of hard work. 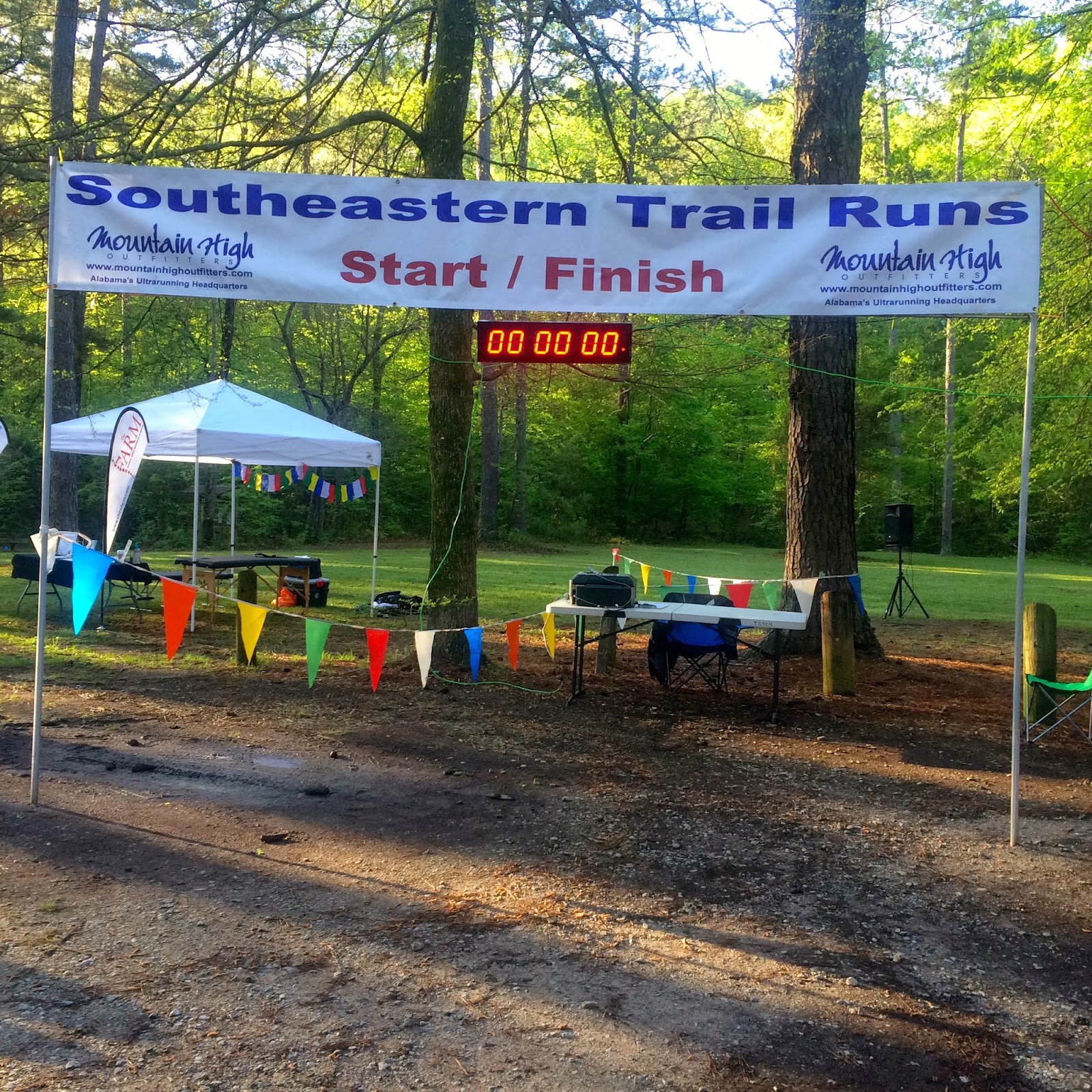 "Shortish" because it was still a 10K, but the next race in the series will be 50K (BTdubs, that is optional for series points -- you can get full points for the 10K as well). So in comparison to that, it's short.

Race morning started with a little relaxation in the Resolute Running VIP tent. Purpose of the VIP tent: to give our runners a place to hang out and relax before and after the race.


And I've stocked the tent with some VIS (Very Important Stuff) that they might need for race day. Surprisingly (ok not really), I spent a lot of time explaining what a "poop packet" is. And, no, it is not a bag to deposit your poop in to carry with you! If you too are wondering what the freak that is, come see me this Saturday at Run for Kids, where I will be expounding on the ways of the poop packet.

Thing I'm also loving right now: Resolute Running's new Run Dirty shirts. Some people run happy; we run dirty. And with Alabama pretty much leading the effort on Most Rain in Any State Ever this month, the trails are really bringing the run dirty factor.


So back to the actual race part of the race. It all started with some directions from Mr. Tosch and a gun shot start. Every time a gun shot starts a race, I scream. Even if I know it is coming. There is just something about gun shots that will always produce an uncontrollable yelp from me.

I didn't go in with a race strategy other than to not blow up on the first loop and to push harder on the second loop.

It was easy to take it easy on the first loop because I got behind a group that was keeping a nice pace. But as the second loop loomed, I started to get a little worried that I let myself get a little too far behind to catch up.

Enter my friend and second-loop race pacer, Michael. At this point, I really had no idea who was in front of me or behind me. Other than I knew that a ton of people were in front of me. Michael, who had already raced the first loop, offered to jump in as I passed the start line for the second 3-mile loop. A few things went through my mind at that point. First the paranoid thoughts of, Oh crap, what if I have to talk. I might not have enough lung capacity to talk. And, Oh crap, what if he wants to run fast, and he is depressed when I'm out of breath, not talking, and slow. Followed quickly by a, Yay, someone to talk to and help me run faster. Running is so bipolar.

We fell in behind another person who was using the second loop as a cool-down with their dog after racing the first loop without the dog. And they were hard to keep up with. So it's always slightly depressing that a person on a cool-down loop with their dog is happier looking, much less out of breath, and faster than you.

My pacer did not take it easy on me that day. When I wanted to laze up the hills, he told me to get moving. When I went the wrong way (yes, that happened on the second loop of a 3-mile course), he said, "Hey, you're going the wrong way." Thanks for that. Then ten seconds later, I fell down a hill. This is not a joke. But it confirms the theory that if you don't fall, you're not running hard enough. Running hard means missing footing and sometimes biting the dust. Running carefully and slowly can keep you upright, but where's the fun in that.

During the second loop, I was able to make it into second place for the ladies, and I was about 20 paces behind Dean (my RR buddy). I was definitely trying to catch up to him by the finish line, and he was definitely not letting me catch up to him. Speed work for the win! Well, for him anyway. But I think we were both trying to channel positive speed work memories/energy at the sprint to the finish.


Overall, I'm really looking forward to the taking on the Southeastern Trail Series for year three. This year, I'm going in with a slightly different strategy. Instead of wearing myself out completely at the beginning of the season (like with the MS 50 and the 12-hour race right at the start of the series last year), I am going to go with the idea of the gradual build. We all live and learn in our own time. I've registered for a 50 miler redemption race (Lookout Mountain 50 in December), where I will test whether or not I should ever attempt that distance again. And hopefully it will serve as my gateway to the 100 miler. If it goes well.


So final finish time for the Tranquility Lake 10K: 53:27, second place female, 19th overall. And my back was sore the next day = lots of arm pumping to race to the finish and a good sign that I worked hard.

Because I waited so long to write about this race, I am only a few days out from race two of the series: Run for Kids, which is a fundraiser for Camp Smile-A-Mile. This year, proceeds are going to be split between Camp Sam and Nepal. So get your buns out there and run!
Posted by Unknown at 10:57 PM 4 comments:

You wake up in the morning, rush the kids off to school one by one, like dominoes stacked for a long, spotted fall. Except with hundreds of other cars that sometimes don't know, or pretend not to know, the carpool rules, your smoothly orchestrated plan hits some bumps. Carpool rage is a thing. But what's worse than morning carpool? Hangry morning carpool!

When I got this box of Balance Bar samples, my favorite thing to do with them was to stash them in all the places that I might need an emergency snack. To prevent the hangries. 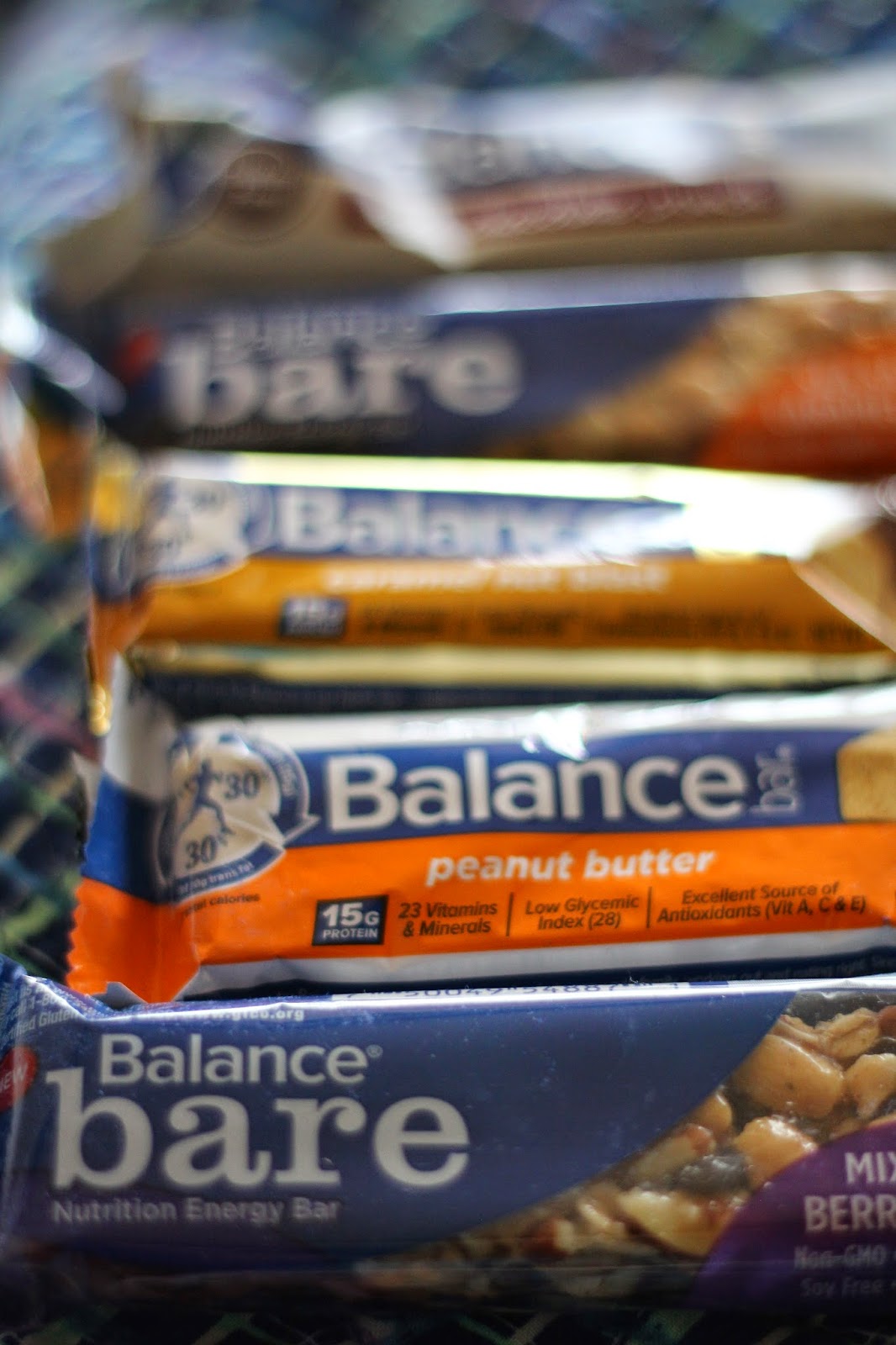 The Dark Chocolate Crunch and the Caramel Nut Blast were my favorite hanger-fighting flavors. 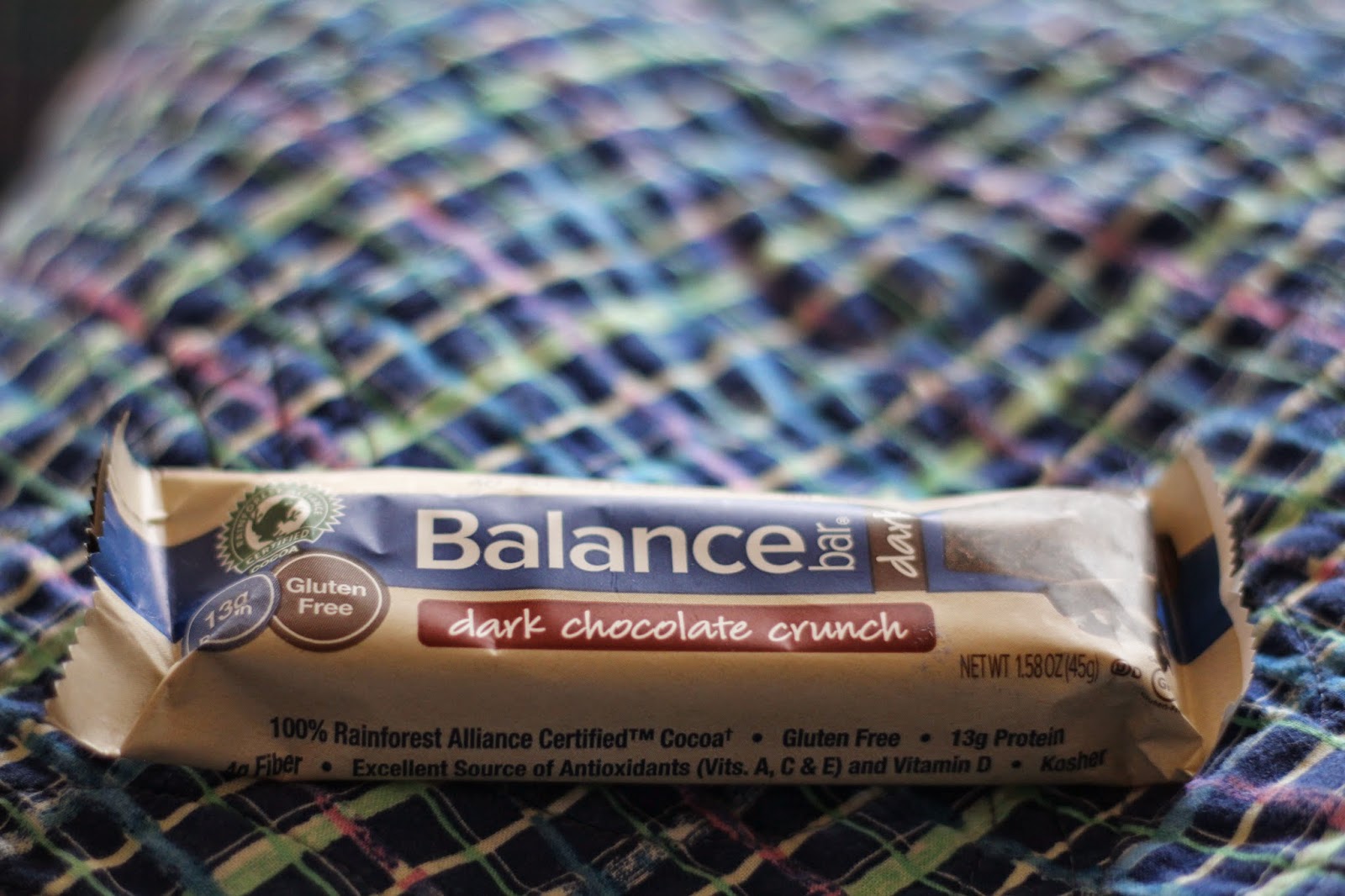 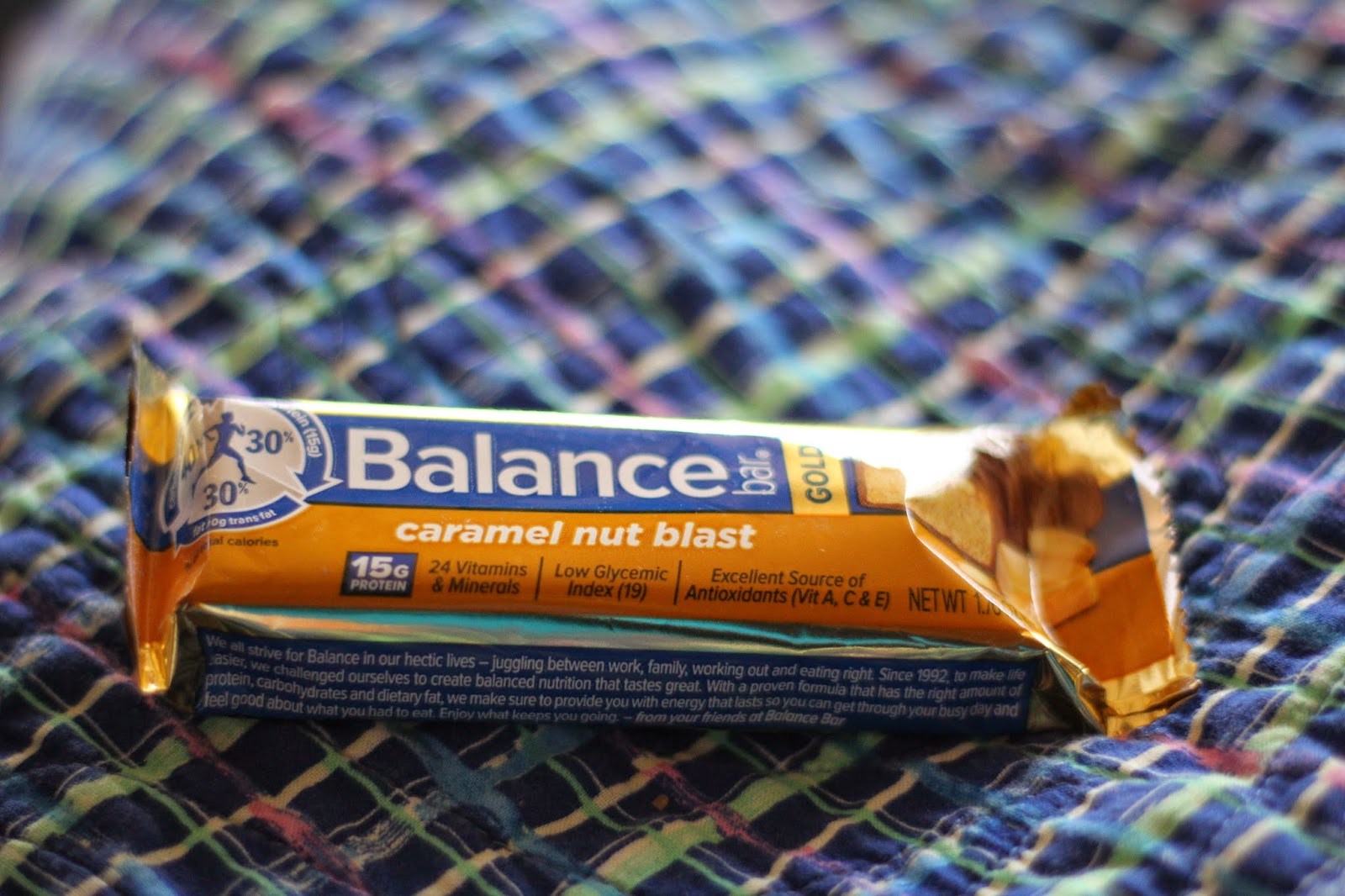 So The Balance Project is Balance Bar's way of saying, hey kids, get your life skraight. And quit having road rage. 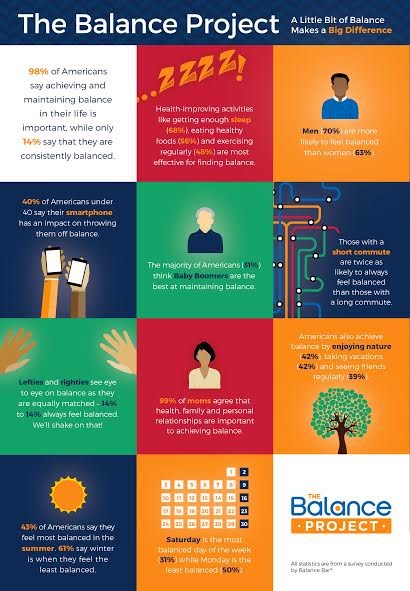 And if you seek balance, hopefully you'll realize this. 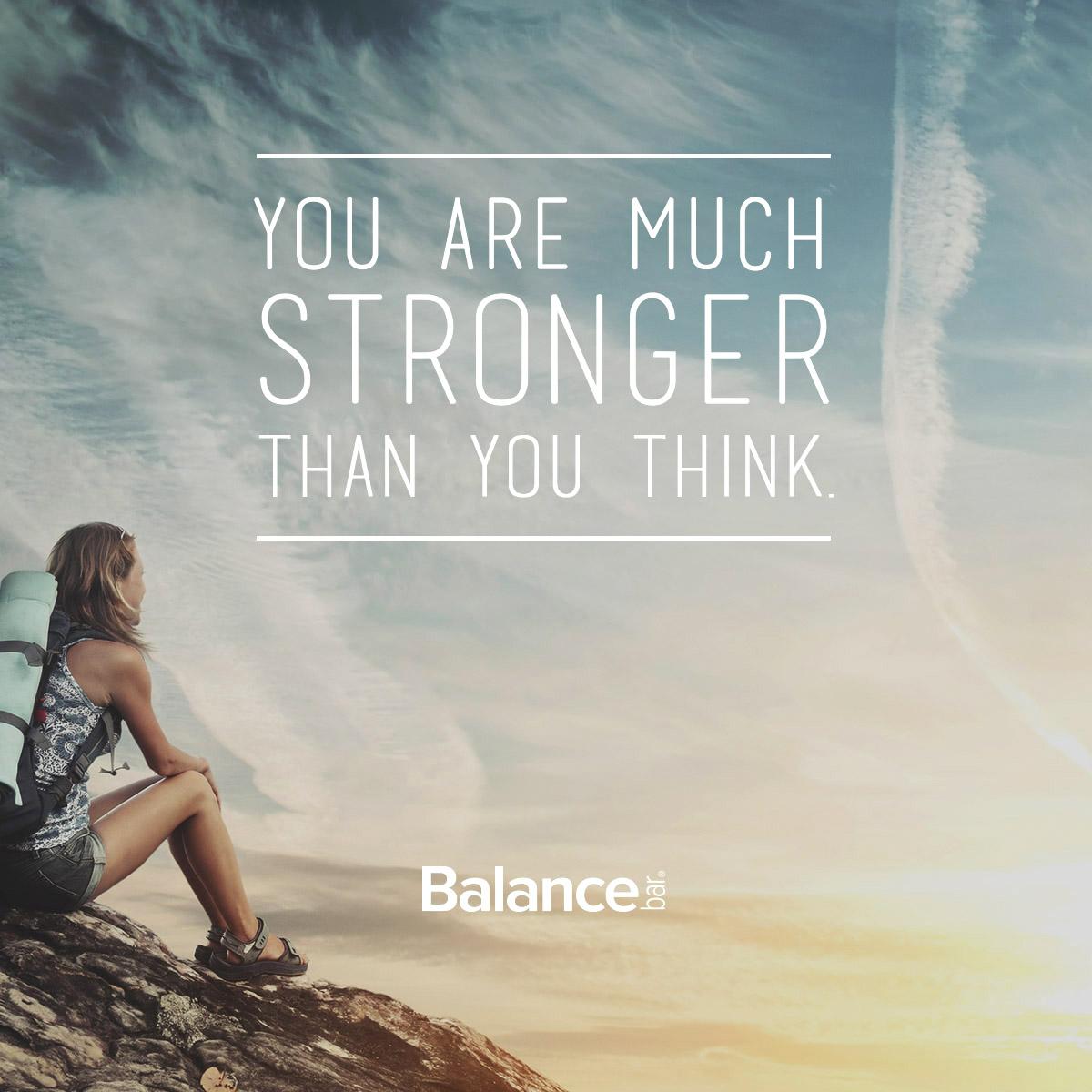 And here's your chance to get balanced. One reader will win a Balance Bar tote bag, notepad, iPhone card holder and a box of (15) Balance Bars!


This post is sponsored by Balance Bar and their balance loving ways. All thoughts and opinions are my own.
Posted by Unknown at 5:35 PM 5 comments: