So I'll be pacing the 2-hour-half folks at the 4 Bridges Half (will you be there?!), and the organizers ask pacers to write a quick summary of their running life. For some reason, these paragraphs can be the best worst things of all time to try and summarize. Best because none of us would be here right now if we didn't love running (except Great Aunt Gretchen, who feels obligated to read this). And worst because should I include the time I missed qualifying for Boston by literally two seconds so I locked myself in a room and cried into a pillow at the post-marathon party while friends and family celebrated that I ran a freaking marathon at all? Ugh, my past self is annoying my current self. Should I mention that time I got my first pedicure of my life at age 37, and they had to get a crane out to dig the remnants of years of lost-to-the-running-gods toenails out of my big toes? Both partially true stories.

But there wasn't enough room or interest in that, so I wrote something like this:

Running is my medicine! For years, I played soccer and group sports, and when my friend invited me to run a half marathon six years ago, I said yes. Because I'm a yes person. And because how hard could it be? Famous last words! Turns out that training alone (my friend lived in another state) in the Alabama humid summer was not fun at all. Up until the day of the race, I swore that I still hated running. But as soon as I crossed the finish line of that first race, I was seriously hooked. Maybe it was the runner's high, the snacks at the finish, the funny signs held up by family and friends and strangers along the way, the flashy medal, or the rockin' live bands along the course. Or the magical combination of all those things at one event. Whatever it was, I knew as soon as I crossed that finish, that this was not a one-time, checked-it-off-my-list event, this was my new thing. Since then, I have gone on to qualify for Boston (a hard-fought dream come true!) and run ultra marathons. My third 50 miler will be this December at Lookout Mountain. I am also the overall female winner of the Southeastern Trail Series for the past two years and currently competing for year three. The most important part of running for me now is the community of friends and neighbors I have found who not only love the runner's high and snacks as much as I do, but who also are actively working to make our community stronger and healthier through promoting active lifestyles and giving (charity fundraising) through running. But, really, also the snacks!

And a picture from that first half marathon. (Next week would have been that little guy's 9th birthday.) 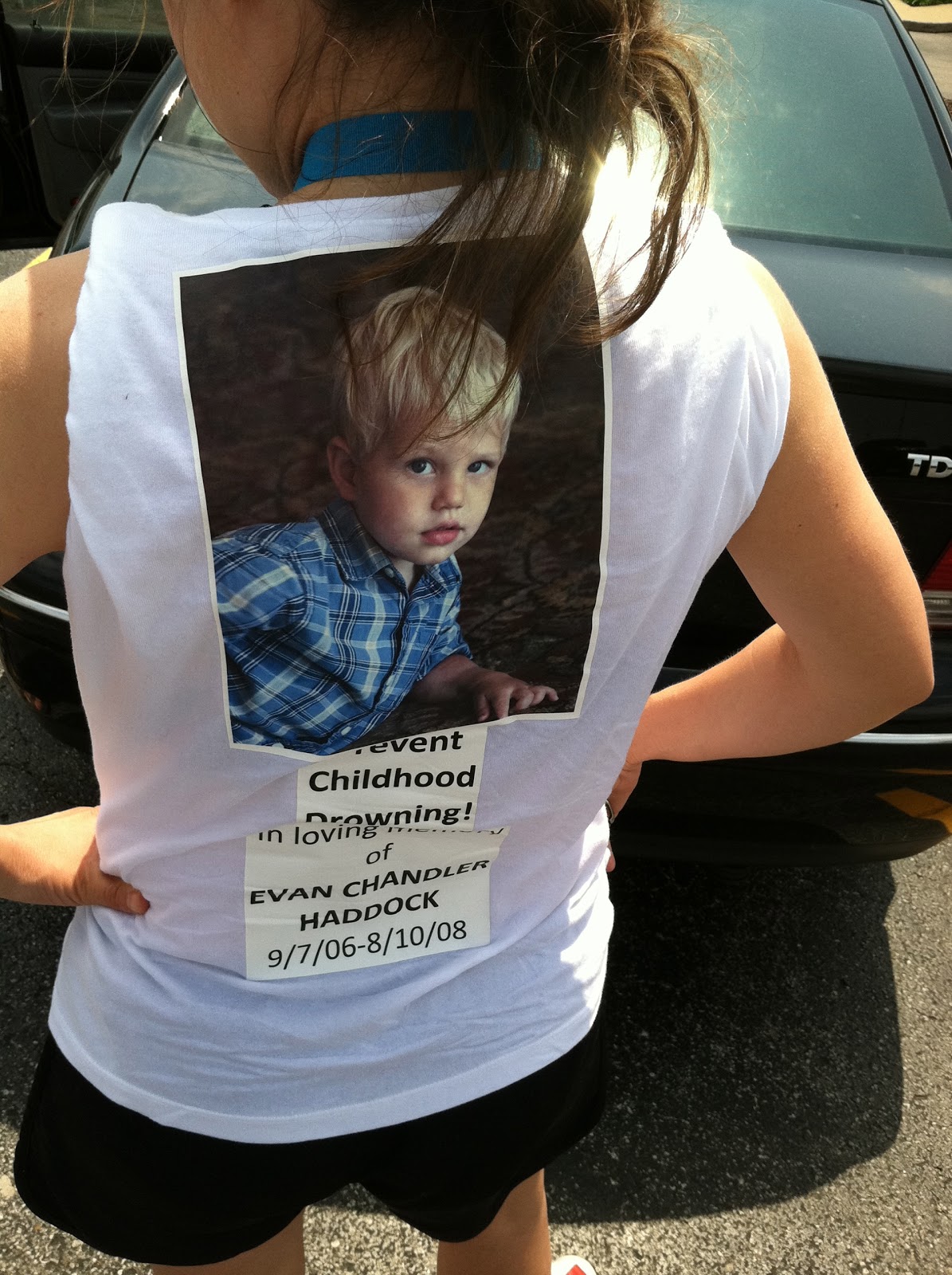 So how would you summarize your running life in a few sentences? If they only gave me three words, I would have said, tired ---- friends ----- snacks.
Posted by Yo Momma Runs at 6:49 AM